Infinity: Battlescape’s original concept, back in 2004, was typically ambitious: a procedurally generated universe for space friends to explore and conquer. With seamless travel, huge servers, and fun derived from your own choices, it was another game formed in the cosmic soup of Elite's big bang.

But it's been 15 years, and in order to release something playable they’ve had to scale back. Elements of its grand vision still exist. The world is still procedurally generated, the transitions from space to planets are still done without a whiff of a loading screen, and you’ll be on the same server as hundreds of other players. However, it’s all now confined to a single solar system. It’s out this week. Here’s an early access trailer for you.

It is heavily focussed on dog-fighting. You join a faction and battle for resources to gain control. It reads a little like Planetside but for spaceships, though I’m not quite sure what level of persistence there is. There’s talk of matches and leaderboards, but how that fits into the big picture is something that will emerge when the players do their thing. What if I'm flying over a lovely canyon when they put out the call for help? Do they really expect me to leave this: 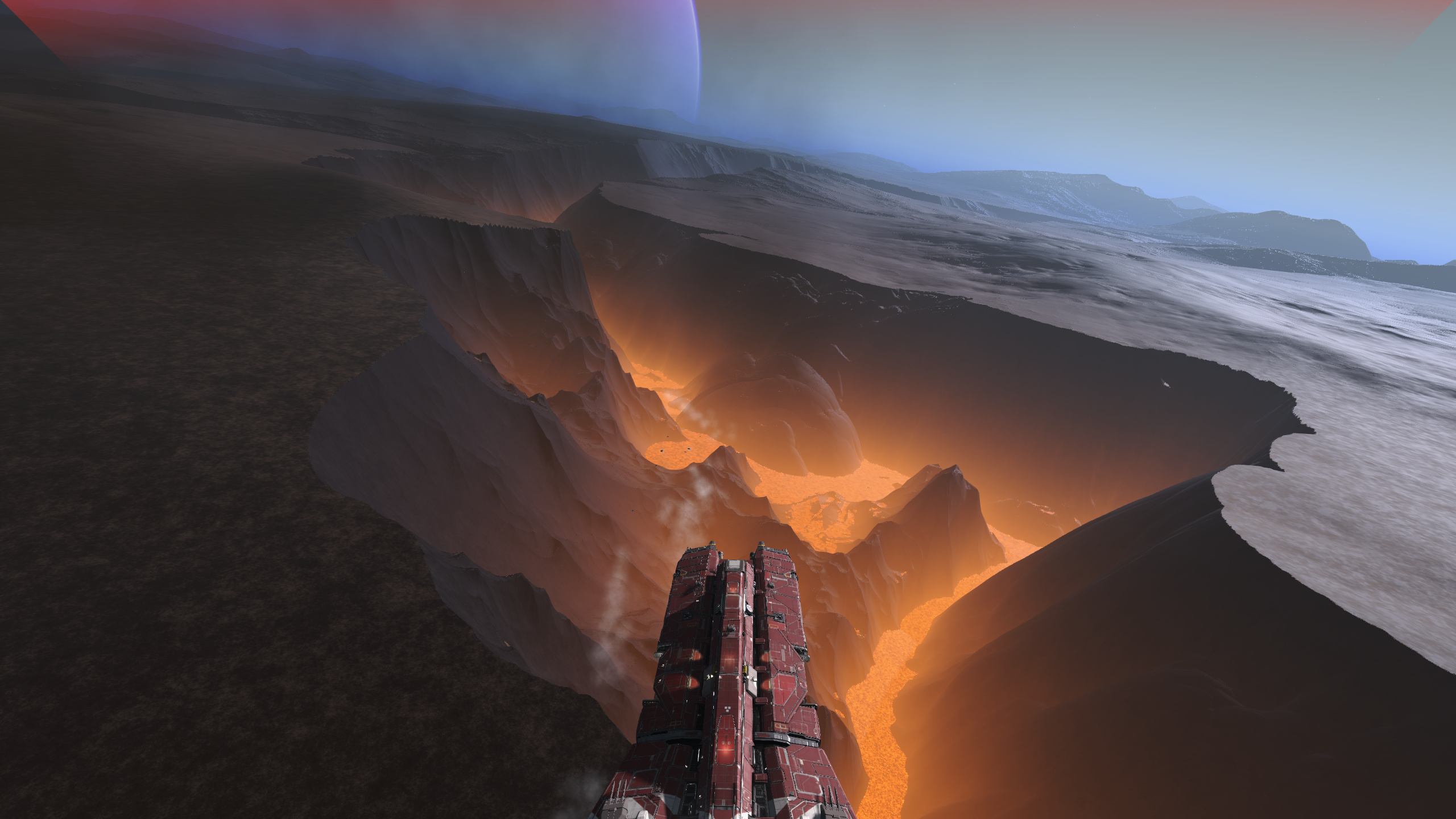 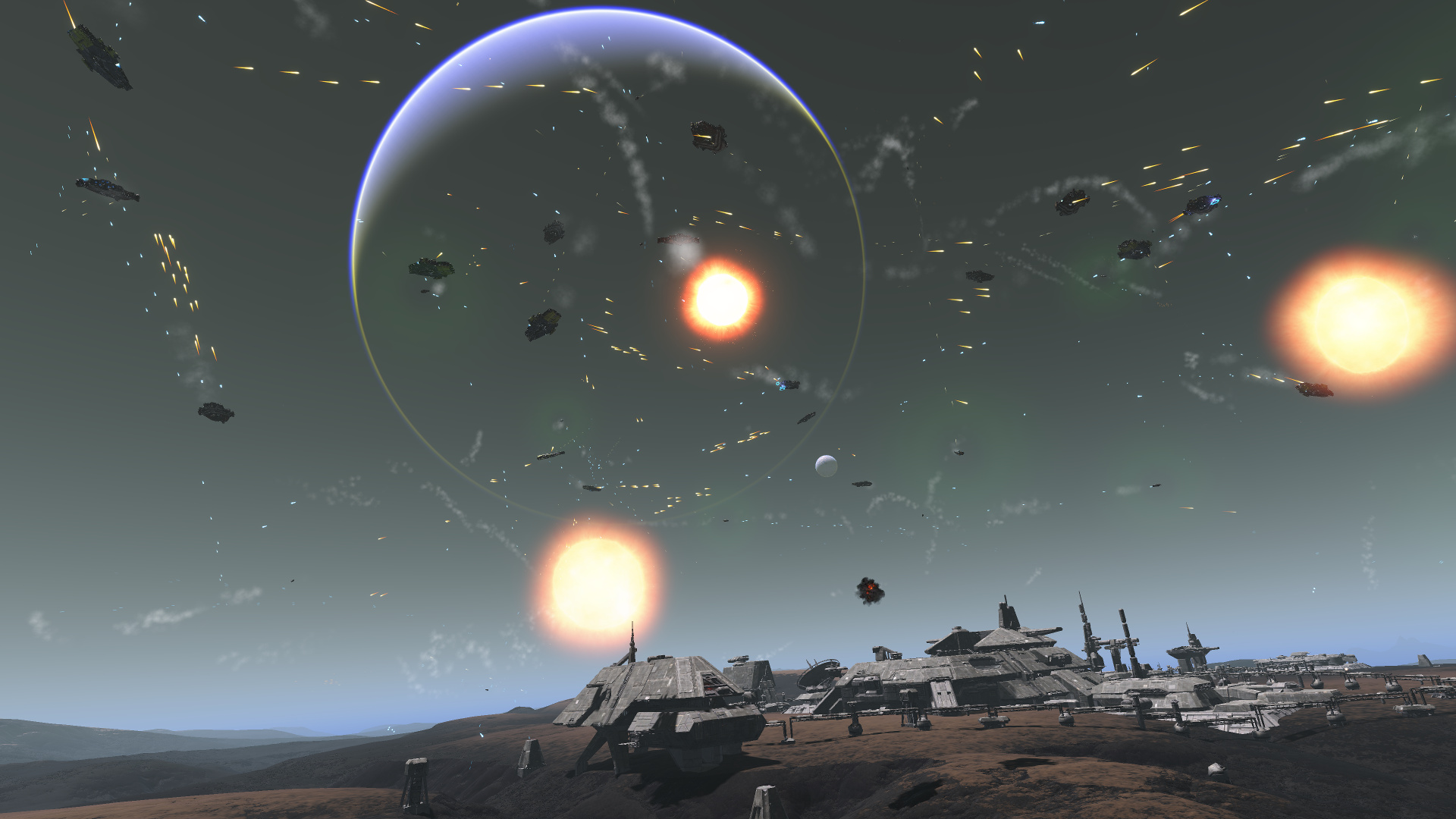 Both are nice. I don't care about my place on a leaderboard, but just look at that canyon's curves! I hope there's room for me to have a choice about what to do. I'm definitely going to make some room in my Noita schedule for this when it comes out on Steam on September 27th.