If it isn't obvious, the best way to experience Control is to go in blind. Don't let people on the internet spoil the surprises, because gosh, does Control lean on its surprises. It's much easier to ask interesting questions than answer them, and Control's main trick involves putting inexplicable stuff in front of you then making jokes about a paranormal bureaucracy that can't explain it. The other trick is chunky telekinesis noises.

Despite being unusually excited by trailers and preview events, I quickly grew tired with both. Until the bit where it turned into a music video. Spoilers, sorry.

Here's some context, which you shouldn't need unless you know you're never going to play it. (Seriously, I'm far less enamoured with Control than most people I've chatted with, but even I'd say it's worth a go. Not for £50, but that's why capitalism invented sales.)

You need to reach a spooky projector, but the projector is so spooky it has been put behind something called the Ashtray Maze. To navigate it you first need to talk to the (The?) Janitor, a middle-aged Finnish man who is probably the most powerful entity in the Bureau's infinite building. He gives you his cassette player, and then this happens.

Actually much more than that happens, but I only thought to start recording at the half way checkpoint after one of my many deaths, plus this is more immediately punchy than the full section. You can watch that here, but you get the idea.

After hours of disillusionment, that maze had me grinning from ear to ear. I love having my expectations played with, and before the maze Control resolutely failed to do that. The ingredients changed, but most phenomena stuck to the same formula. Marvel at the weird thing, absorb powers from it, move on. Then I stepped into a sentient painting with a penchant for cheesy rock.

I love how it toyed with me. The way a wall would flutter out of existence in sync with an explorative psychedelic twang. How enemies would appear, aim, but never fire, spiralled away by an unknown force clearly treating me as its plaything. I laughed aloud at all the stupid yet genius design decisions that lead up to me taking control of a man while another man earnestly sung "taaaake control" while playing the videogame Control. 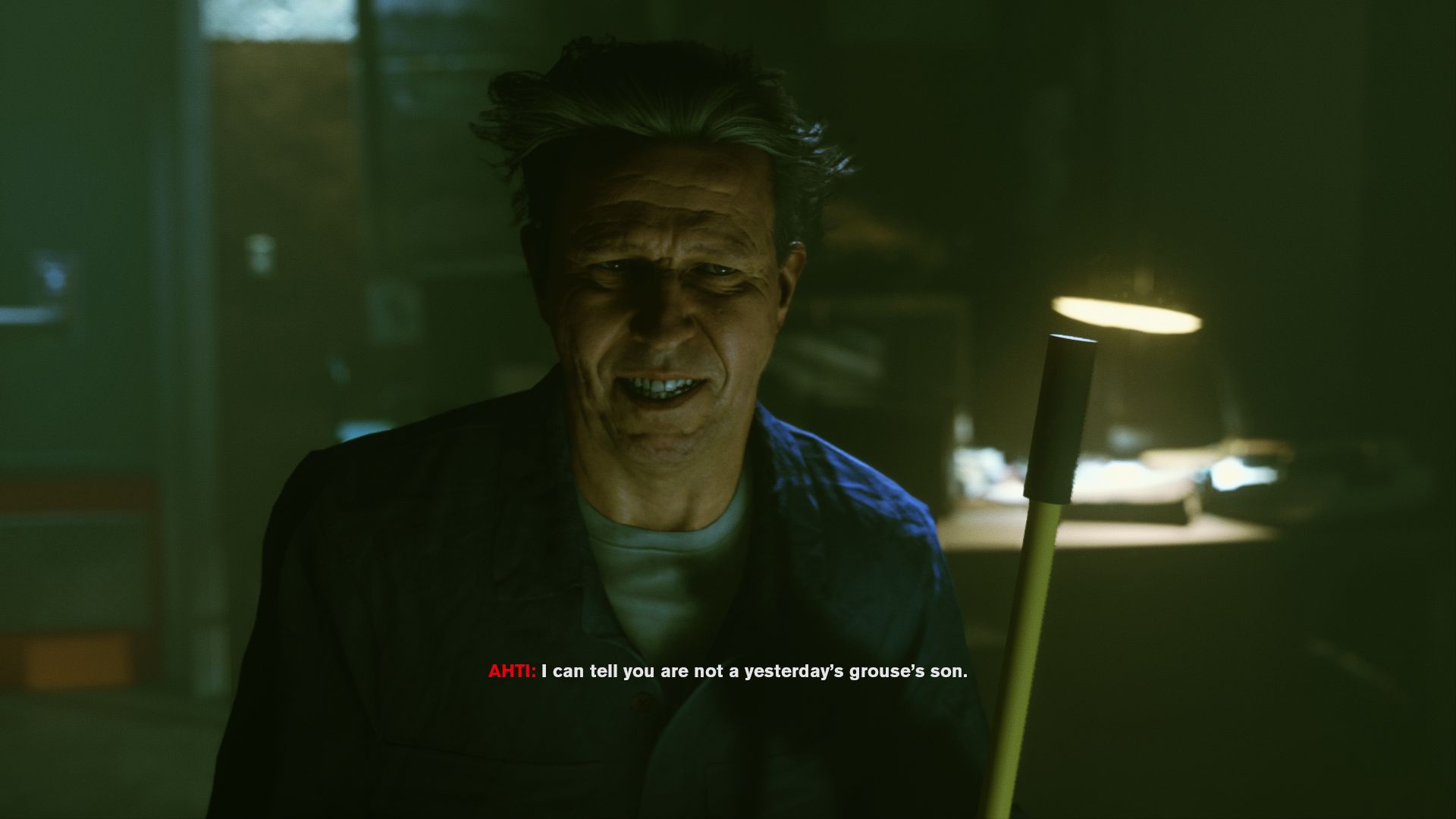 By the time I reached the end, I also kind of hated it. You just watched my eighth attempt at the second section, and maybe my tenth attempt overall. I'm tempted to call it my hundredth, because once you've unlocked all the powers every fight in Control is basically the same. Combat feels like going through the motions. Yes, those motions might be leaping into the air, telekentically whoomphing a sofa into a face, then crashing down into a gaggle of instantly dismembered soldiers. It looks, sounds and feels great, but in much the same way as before.

In other words, the combat trips up on similar problems to the story. I've found Control surprising, up until this point, while also surprisingly predictable. Hopefully, the rest can keep me guessing.