It’s Monday, and what better way to start the day than with a crunchy bowl of Honesty covered in ice cold, full fat Admissions of Failure: I have not played much Life Is Strange. I got about fifteen minutes into the first episode, the dialogue started to grate, and I zoned out. Controversial opinion maybe, but if you’re making a game about teenage girls, it can’t hurt to pay someone who is or has previously been an actual teenage girl to help write it for you.

Guess what though? I played through the whole of The Awesome Adventures of Captain Spirit, got a bit sad, and then I played it again, and now I’m well up for spending more time in the Life Is Strange universe. Which is great, because it means I don’t have to talk shit about a small child. Yay!

Captain Spirit stars Chris, a ten-year-old with a head full of art, basketball, and superheroes. After a brief introduction spent designing your own costume, Chris stands up from his desk, admires his room, and lets out a triumphant: “Hello Saturday morning! I can do anything I want today.” It’s infectious, and while the world outside Chris’s window is blanketed in snow, his private universe bursts with colour and memory. By the time you’ve finished looking at every book and playing with every toy, you’ll know enough about the way Chris sees the world to genuinely care about his journey. 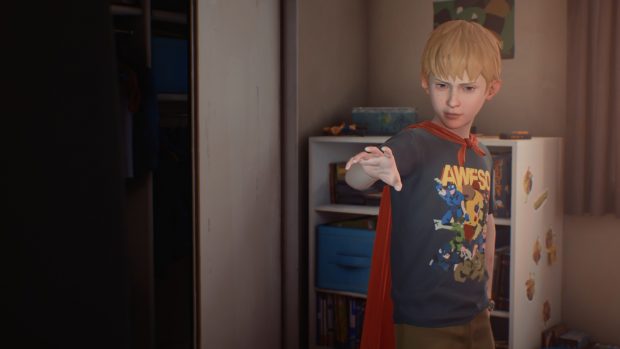 Before you get that far, however, you’ll have to decide whether or not to ignore Chris's dad calling him for breakfast. You can make him wait while you explore the room some more, but he might get impatient if you delay too long. Captain Spirit is pleasantly reactive once you start to poke around a bit. I clocked in around two hours my first time, but I was eager to dive back in to see what else I’d missed.

This is a world shaped by Chris’s imagination, whether it’s fear of a water heater made manifest in a ghostly apparition, or the way he deals with his Dad’s depression. When you’re so young, the lethargy that accompanies adulthood seems cold, and adults themselves almost cruel in their inability to recognise the magic you see around every corner. Chris’s solution to this is boundless optimism, and it’s both inspiring and heartbreaking to watch him navigate a situation beyond his control. 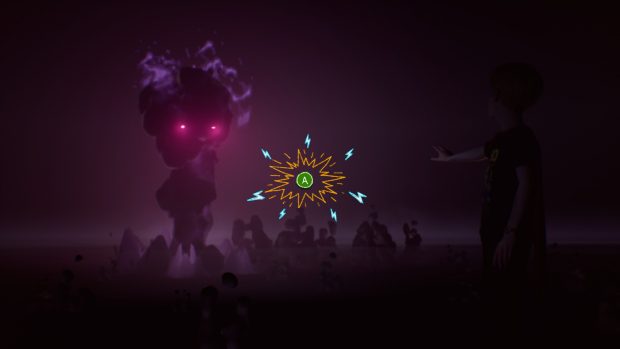 Captain Spirit makes his armour from cardboard beer boxes while Chris’s dad drinks himself to sleep in front of the television. He’s playful with his son - kind, if distant. But fist-shaped holes in bedroom doors undercut melancholy with menace. It’s subtle, but was enough to scare me when it seemed Chris might drop a glass as he cleaned up the mess from breakfast. It’s not that I thought his dad would lose his temper — it’s that the game conveyed his unstable state so well that I couldn’t tell. Deep down, Chris knows he can defeat the evil snowmancer, or his arch-enemy mantroid, with ease. His dad, who can go from best friend to something Chris doesn’t understand in a heartbeat, isn’t so predictable. 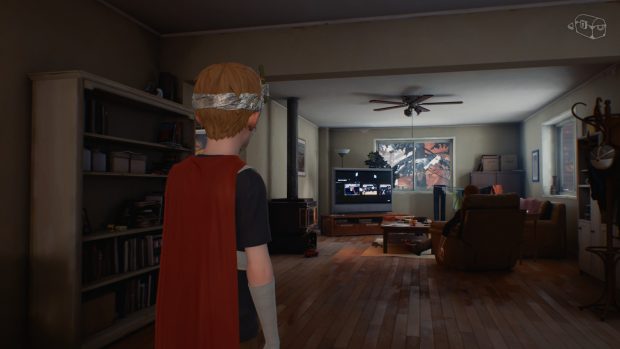 He’ll still give Chris the warmest smile in the world when you bring him a microwaved pot of Mac n’ Cheese, though. The writing ebbs like this, between warmth and sadness. So much of this is down to Chris himself. After dad drops an accidental F-Bomb over a morning beer, Chris chides him, letting him know that “Superheroes don’t swear”. He’s not off the team just yet though, more “like a rebel”. It’s all part of the game, but I got the feeling that Dad was grateful for the brief moments he got to live in his son’s world, rather than face his own. 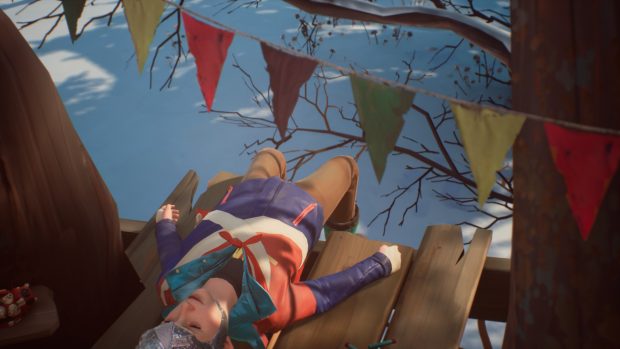 This hopefulness is Captain Spirit’s true superpower. In a threadbare backyard dotted with piles of junk, a gnarled tree becomes a monster. Just across the fence, pine trees glow with christmas lights while his dad’s promises to buy their own tree still ring hollow in his ears. Despite this, you’ll barely walk a few feet around Chris’s house without him finding some new story, adventure, or portal to another world. Make sure you dig deep, by the way, Captain Spirit’s best moments take a bit of exploring, but they’re well worth it. 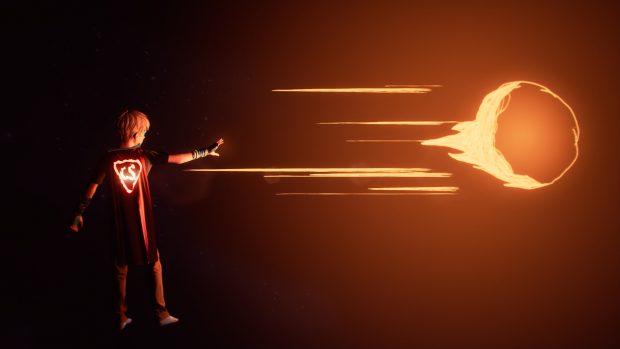 That said, I don’t think Life Is Strange has completely overcome the writing problems that turned me off initially. The story has a habit of leaning heavily on Chris’s naïveté as an emotional core, and it’s not always convincing. Both Chris and Dad manage to have plenty of character traits, without ever feeling all that much like characters in themselves. However, it is just a teaser. There’s a tendency to applaud games just for being confident enough to set aside the spectacle and find elegy in the everyday, even if the result feels less honest or well-realised than other media. But Captain Spirit is at least brave enough to let its guard down, to find the silence between the notes, and to be ordinary, and that’s worth a lot. 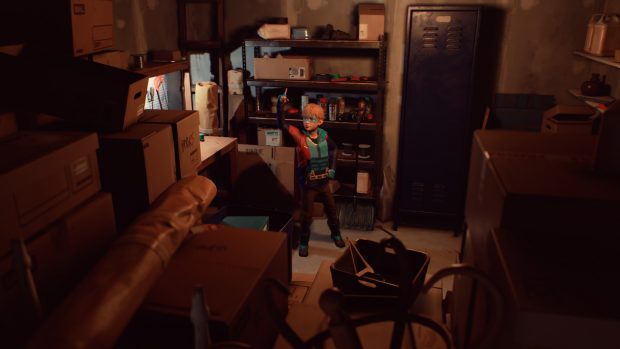 It’s also hard to tell if the game would be quite as affecting without the Sufjan Stevens soundtrack, since you could score a Go Compare advert with Sufjan and I’d still end up bawling my eyes out. But when the alternative to a game like this is David Cage's Detroit: Beyond Human, a story like Captain Spirit's, that can lean into the tragedy of a broken family without turning it into cruel spectacle, feels important. The fact that Dontnod have made it free seems like they’re proud of what they’ve made, and want you to be as excited as they are about what’s to come. They absolutely should be, because there’s some beautiful, delicate moments here. It’s converted me, anyway, even if I’m sure Dontnod are going to reward my newfound interest with emotional devastation at some point in the future.