I really wanted to review Iron Danger back in March, but the world was in the middle of going totally cowabunga at the time, so it rather fell through the cracks.

And you know what? I'm damn glad I reversed time and pulled it back from the oblivion of the "want to play it one day" pile, because it's an impressive little number. A lot of games market themselves as being built around a "unique" mechanic. And while 90% of the time these mechanics are not in fact unique, every so often you get one that's the real deal, and this tactical RPG with functional time travel is certainly one of 'em.

As ever, new things are often best described as mash-ups of known quantities, and in this case I'd ask you to imagine what would happen if Divinity: Original Sin 2 borrowed the time-rewind system from that one Prince Of Persia game. Controlling a party of two, you wander around a sequence of good old levels (for there is no open world here), and talk with people and interact with things in the time-honoured style. Then, when you inevitably get into a fight, everything becomes very different.

At the tap of the space bar, characters enter a mystical "trance" state, where time is represented as a bar at the bottom of the screen, split into fourteen "heartbeats". The bar is punctuated by little symbols that show what the selected character has been up to, and - crucially - when they done beened up to it. So: say your hammer geezer gets stabbed by a bandit. You wallop the space bar, slide the present back to the moment just before the stabbening, and use the block skill. Then let time trundle forwards again, and see if the situation has improved. It sounds a lot like quicksaving made playable, right? But in practice it really doesn't feel that way. And I suppose it's turn-based, but it never feels that way either. It feels... well, like its own thing entirely, which is what's so exciting about it. 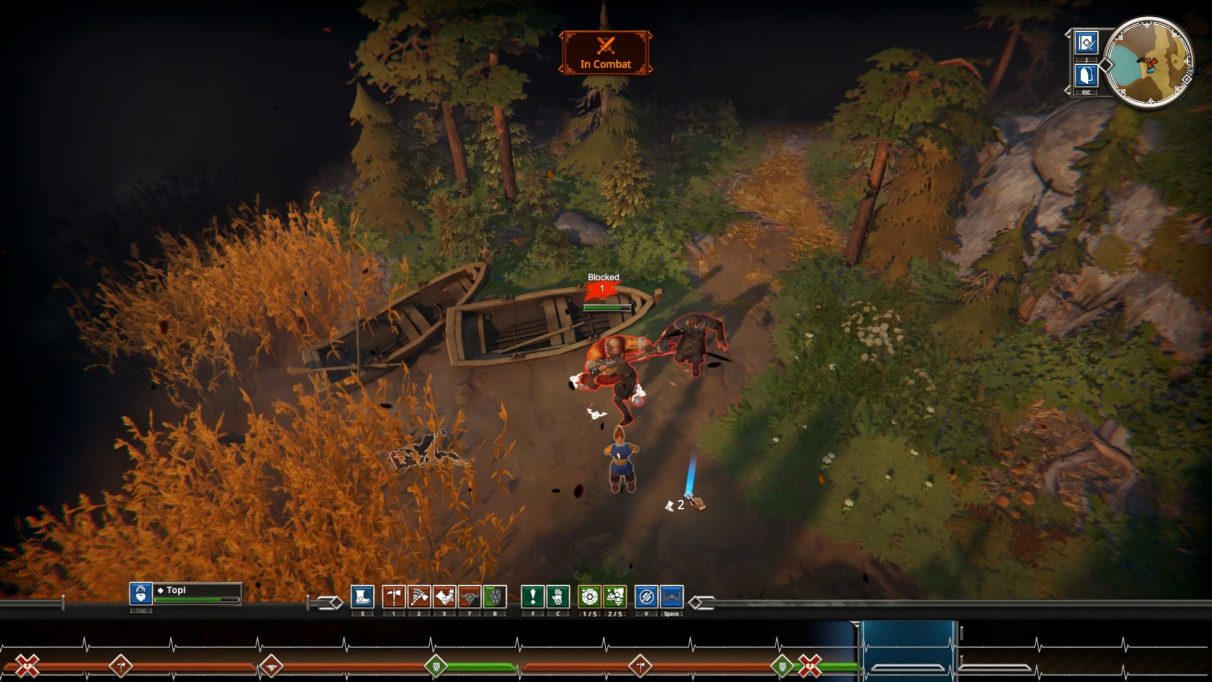 Does it just mean every fight ends in a win? Well, yes. But it never feels "easy" - the challenge is in puzzling out the ever-evolving, nasty ballet of each fracas, and improvising a path through it. And of course, because there's a limit to how far back you can rewind, you can't just keep starting from the beginning: the timeline of a fight slowly becomes set in stone, like footprints in quick-drying concrete.

Interestingly, I found this completely changed my approach to tricky brawls. I'm a terrible one for savescumming RPG fights again and again until I get an "acceptable" outcome, but here that felt redundant. It opens up some interesting dilemmas, too. For example, say you've ended up taking a couple of big hits with a character, but as a result they've ended up in a position to deal a finishing blow on a tough opponent. Do you push on, accepting that the action will push the initial hits back further than you can rewind to avert, or do you go back to a worse position and a full health bar? These are decisions I've not had to make in a game like this before, and I really enjoyed it.

This strange little motor is housed in a pleasant little chassis, too. Iron Danger is pretty, and sits halfway between the Baldur's Gate school of real-ish-ism, and the larger than life caricatures of World Of Warcraft. Everything looks faintly like it's made of plasticine, but in a good way. Setting-wise, it's a fantasy reimagining of Finland, with a script that revels in unapologetic cheese (a good thing), and voice acting that leans right in with it. The story isn't quite as imaginative as the central mechanic, but it's far less generic than it could have gotten away with, and achieves the rare feat of making arbitrary mystical bullshit legitimately compelling.

(Oh, and there are baddies who chug about with that Sarumanesque, Isengard-Kingdom-Brunel flavour of medieval steampunk, and there are even mechs of sorts to fight. But don't get this confused with Iron Harvest, the other 'Iron Noun' strategy game with mechs in from 2020). 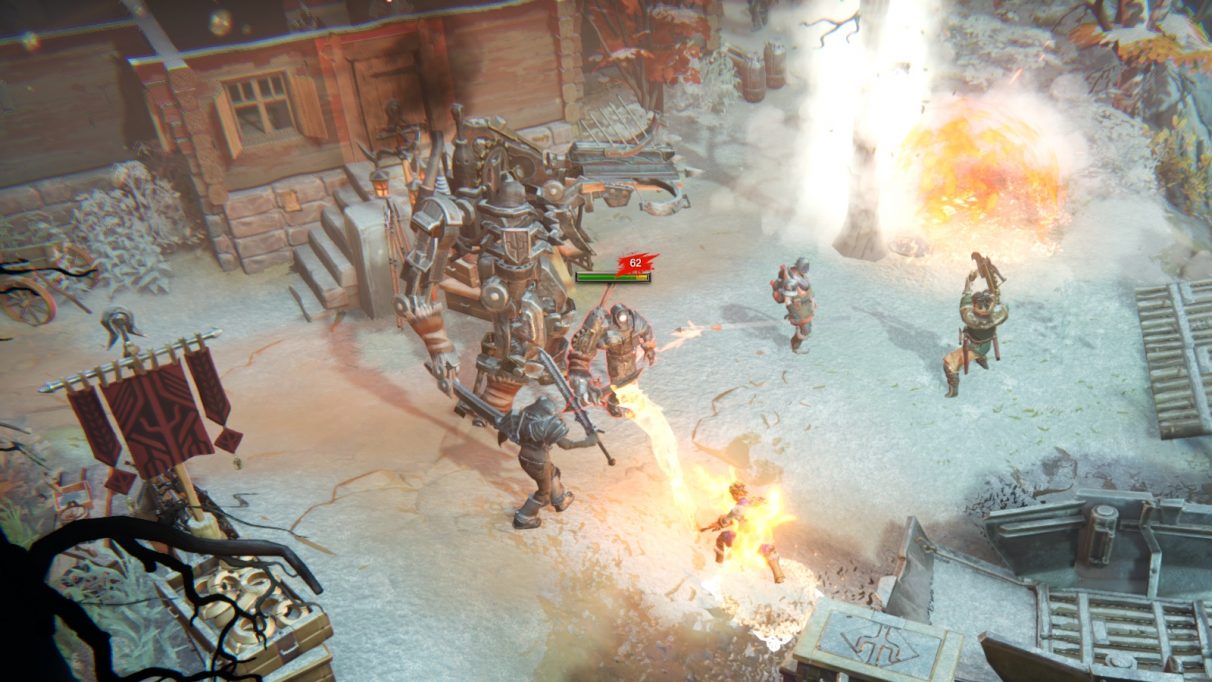 Iron Danger isn't perfect, by a long measure. For a start, the way the game's turn-based and real-time settings blend with each other has left the action of walking about (quite crucial, in a game like this), feeling extremely annoying. Characters scamper forwards in long series of extremely short movements, leaving me with the feeling of constantly trying to chivvy a toddler up the stairs. Also, there are plenty of puzzles mixed in with the battles, and while they're cleverly designed to make creative use of the time travel conceit, they're just not my thing. If you like a puzzle, you'll probably feel differently.

I suppose the other sticking point, I must admit, is... well. It's the central mechanic. It's sort of dumped on you in the tutorial, making you feel like you're suddenly in a piece of video editing software, and I'll admit that I probably played six levels before I actually had a concrete idea of how it worked. I will stress that it does work, and it is fun, but there's quite a lot of guessing and hoping for the best involved. Still, I just thought of that as bonus roleplaying - after all, the game's main character is your classic "yokel lass trying to master weird new powers", and I mean, the suddenly-granted ability to harness the power of time would be a bit of a mindbuster, wouldn't it?

Anyway, go and have a go for yourself (via Steam or GOG). This is a game that deserved a way bigger fanfare than it got, and it's one of the most genuine innovations I've seen all year.