The Civilisation series is a fascinating thing. Each new update takes the place of the older game on Steam’s top 100 most played games list and just sits there as other games come and go. I’ve never known a series to be quite so consistent like that. Like Jack Nicholson in The Shining. Sid Meier's Civilization VI is there right now. It’s always been there. And it always will be.

People play for life. They while away evenings raising empires, maybe even not knowing that there are tweaks for the UI, bigger maps, and more in-depth city planning waiting to be installed. For a game with the long, long tail of Civ, grabbing moments back with mods can be a huge boon, which is what a few do here - but this group of best mods includes some fabulous add ons too. Ask yourself: can I afford to miss out?

How to mod Civilisation VI

The game has a Steam Workshop, and everything below is taken from there. All you need to do is subscribe to the mods you like and they’ll be installed. In-game the menu lets you enable and disable mods, so you can download things and switch them on and off if you need to.

The word ‘Community’ in any mod almost guarantees I’ll install it. The Community Quick User Interface is a megapack of small tweaks and mods designed to give you as much information in as few clicks as possible. As far as I’m concerned that should always be the goal of a game’s UI. A few of the tweaks this mod has added have been adopted by the main game.

Miss Civ V’s cityview? Take a look at the screenshot and weep. Do you want all the Great People on one screen? That’s here. Icons have been moved and edited for clarity, information that’s tough to parse is generally right where you need it. There are so many thoughtful and useful tweaks. With the thousands of hours often poured into games of Civ, the streamlining here is really invaluable. You could save days.

It’s also grown to swallow up some other mods. The likes of Better Trade Screen, Improved Better Espionage Screen, and More Lenses (it adds an “Archaeologist Lens to highlight artifacts and shipwrecks”, god yes) all live here, too. 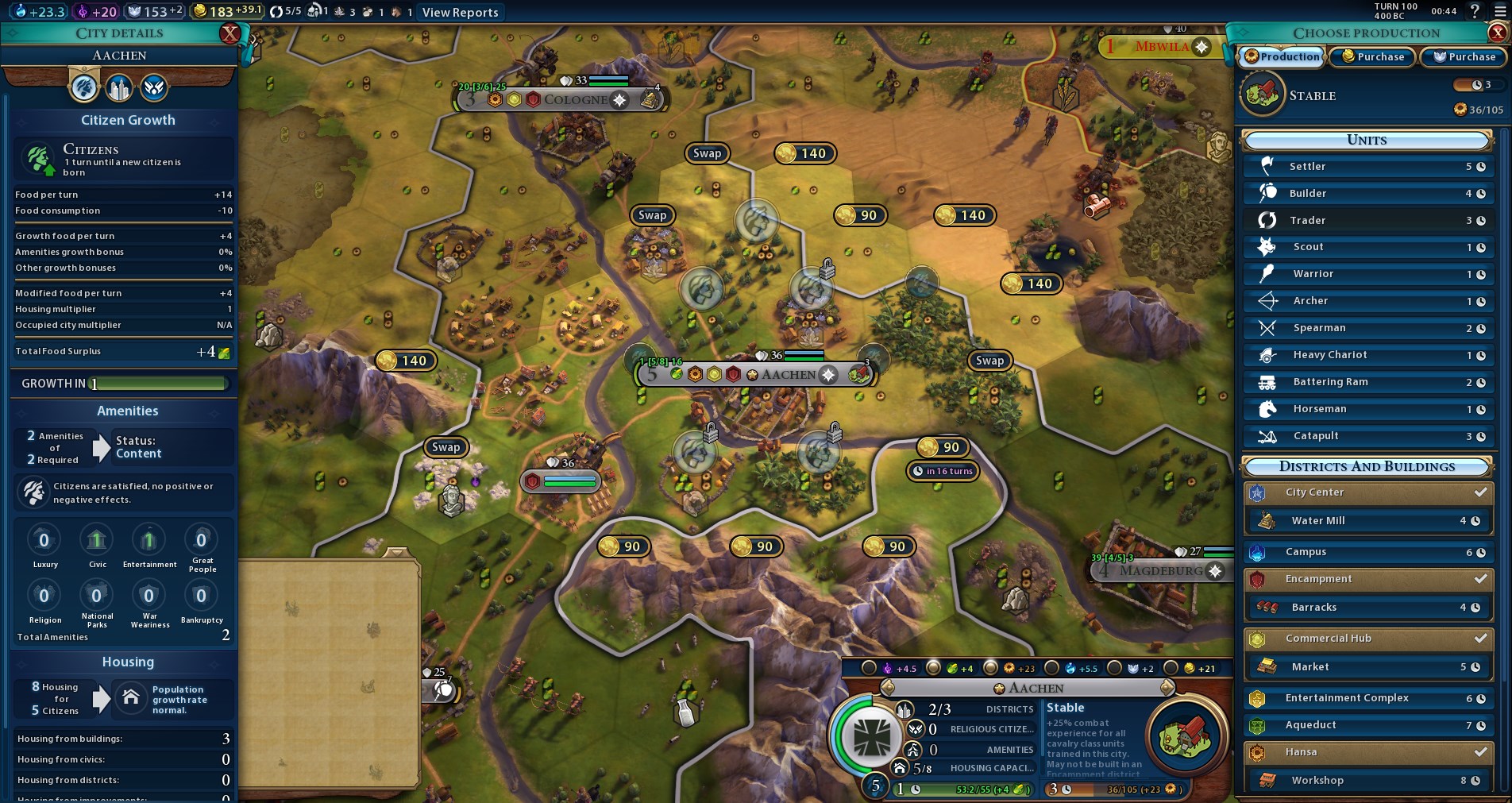 The tweakiest of tweaks here, but a very useful one. It’s a small addon that lets you more easily work out the best city location, enabling you to see the effect distances. It also shows plots and can mark notable locations within the effect radius. 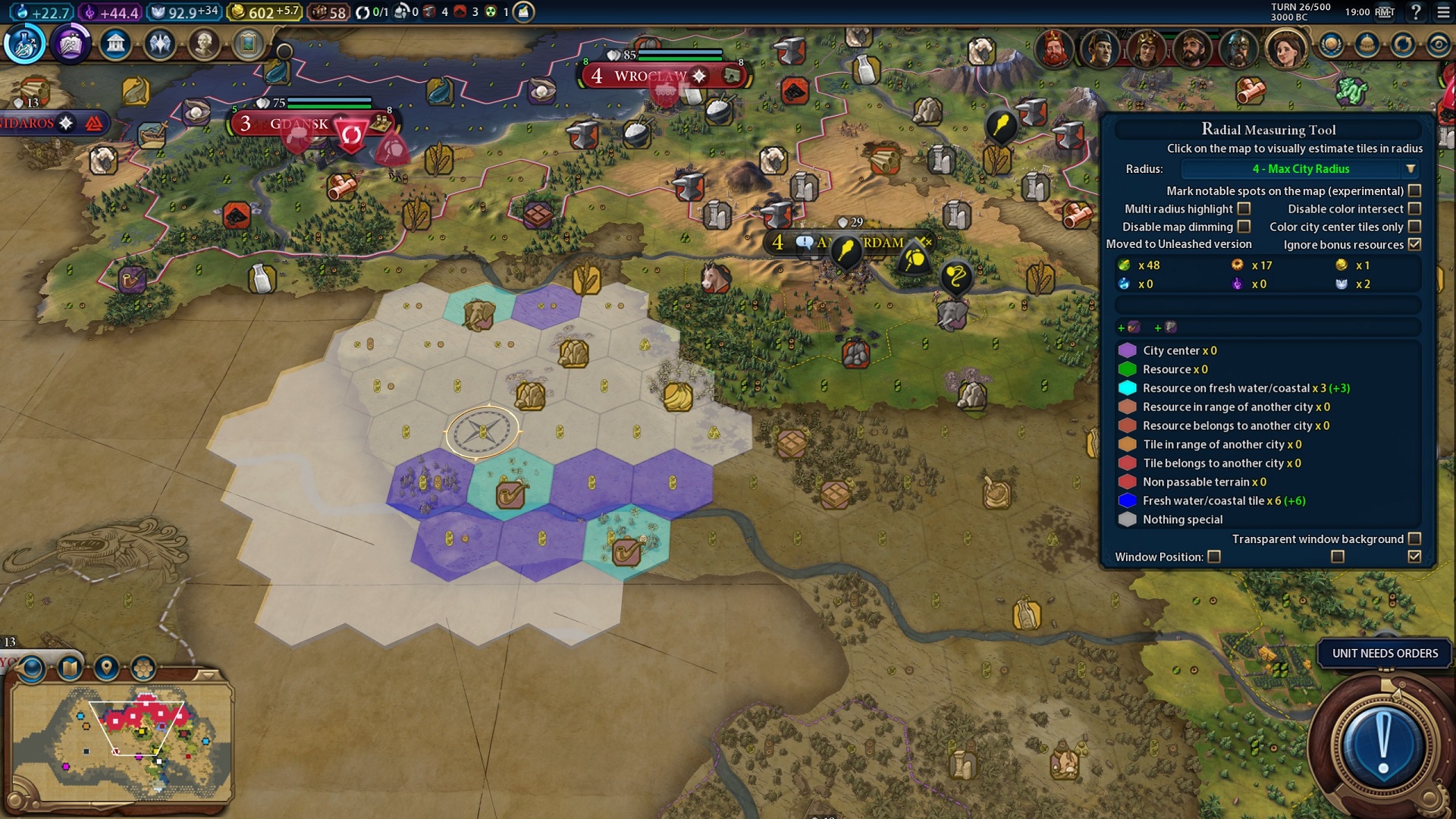 Yet (not) Another Maps Pack by Gedemon

The thing about Civ games is they deal in abstraction, turning the real-world into something smaller, simpler. If you want a larger map, the clumsily named Yet (not) Another Maps Pack will hook you up, and probably break your game.

The mod’s thumping great hexy landmasses are impressive and terrifying. Don’t install this if you’re seeking a great level of balance or fairness. Australia’s large and easily grabbed land gives it an advantage in the rise to the top. A patch last year did reduce the game’s ability to run some of the larger maps included, but you can also use segments of the largest landmasses if you fancy a big old fight over Europe. The scripts in the mod work to Civilisation’s starting positions closely connected to those they had in real-life.

If you’re looking for realism above all else, it’s a fun addition.

A mod that’s really a subscription to a pile of mods. The aim is to make urban planning a more rewarding and thoughtful experience, where you pay due attention to the environment, available terrain, and more.

Each mod adds an element to city planning. Roads, power generation, fresh water are all more varied than the base game, which is kind of a given. So let’s look at the Ski Resort Complexity. You can’t just go plonking down a ski-resort in a desert and move onto the next urban atrocity. If there’s no snow, it’s a no go. You’ll also have to consider adjacent terrain because if it's too ugly it won't attract tourists. 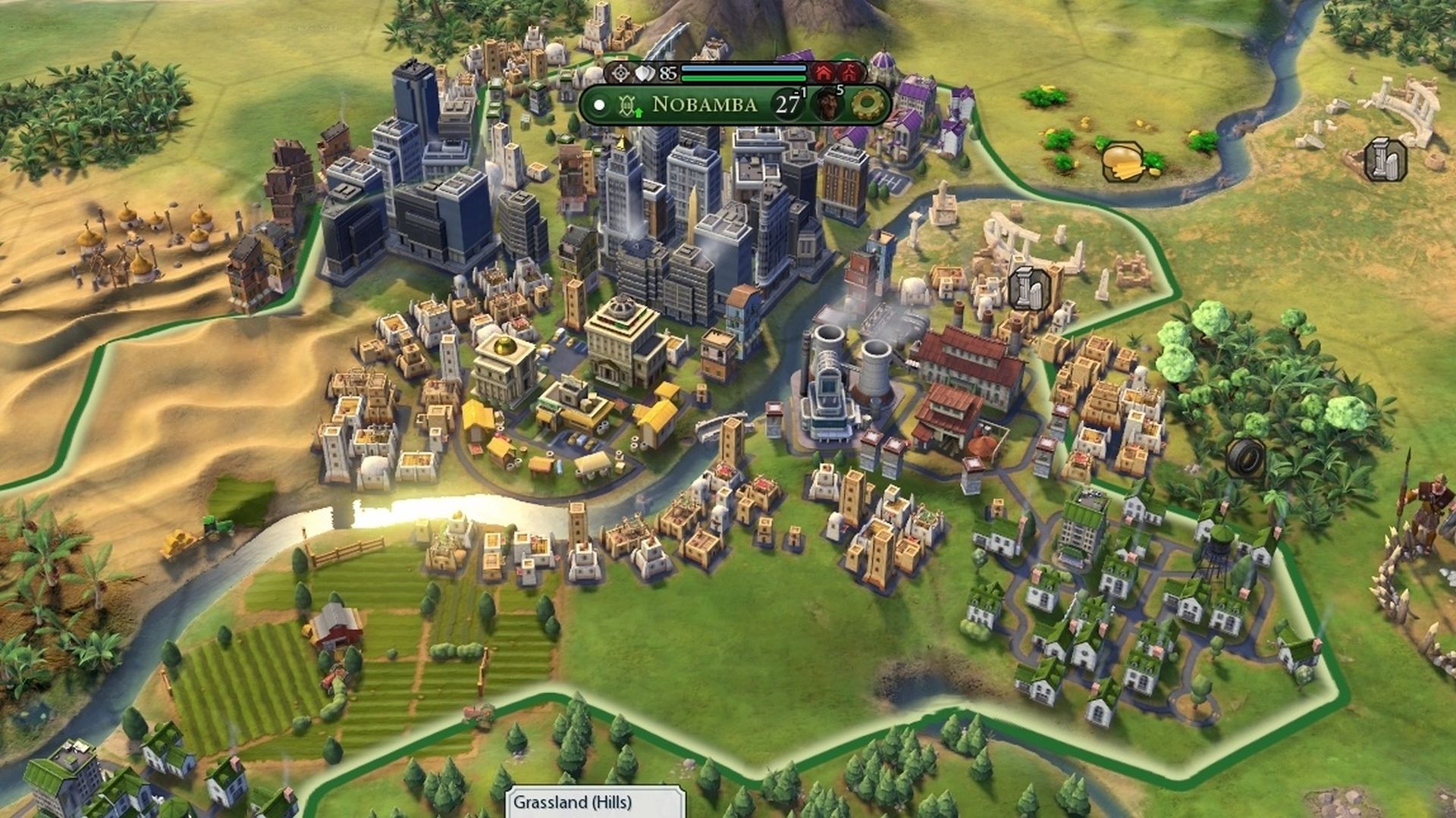 A small collection of gorgeously made tiles adding some missing natural wonders to the game. Fuji, the Great Blue Hole, the Grand Canyon, and more are now spawnable. The Canyon is particularly lovely. Look!

More natural wonders to add to your game. Terra Mirabilis reworks how the wonders work, and adds 20 more to the game. The space between wonders has been shortened by one tile, and the chance of spawning has been doubled (though not guaranteed).

The new wonders include places like Rock of Gibraltar, Lake Victoria, and (my favourite) a Bioluminescent Bay. 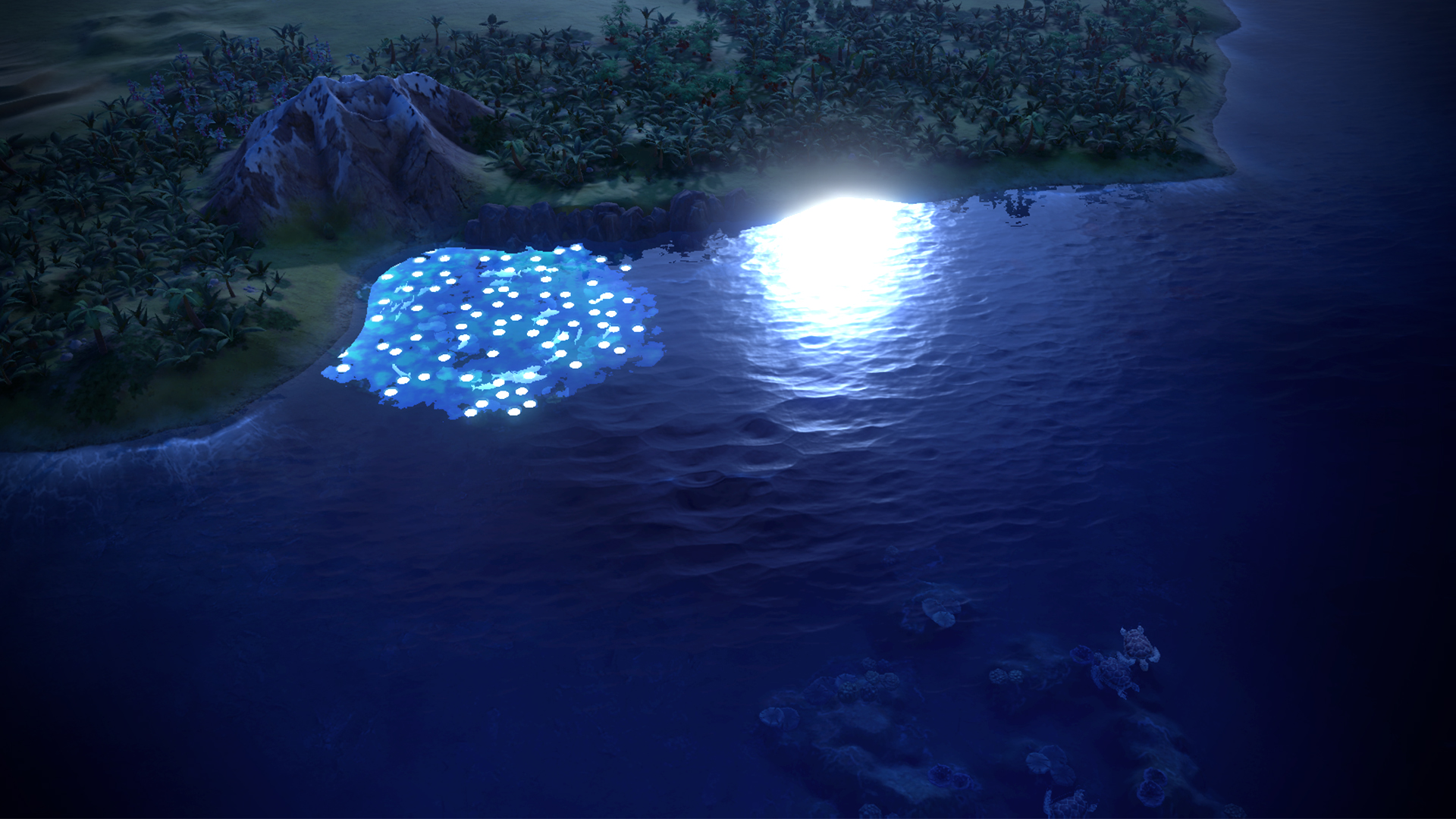 Sukritact isn’t just a nature scraper. Their Global Relations Panel should probably be in the base game, as it shows you at a glance the various alliances that have formed within the game.

It’s a real boon to diplomacy and exposes such information as alliances, what types of alliances, who has open borders, agreements, and more. 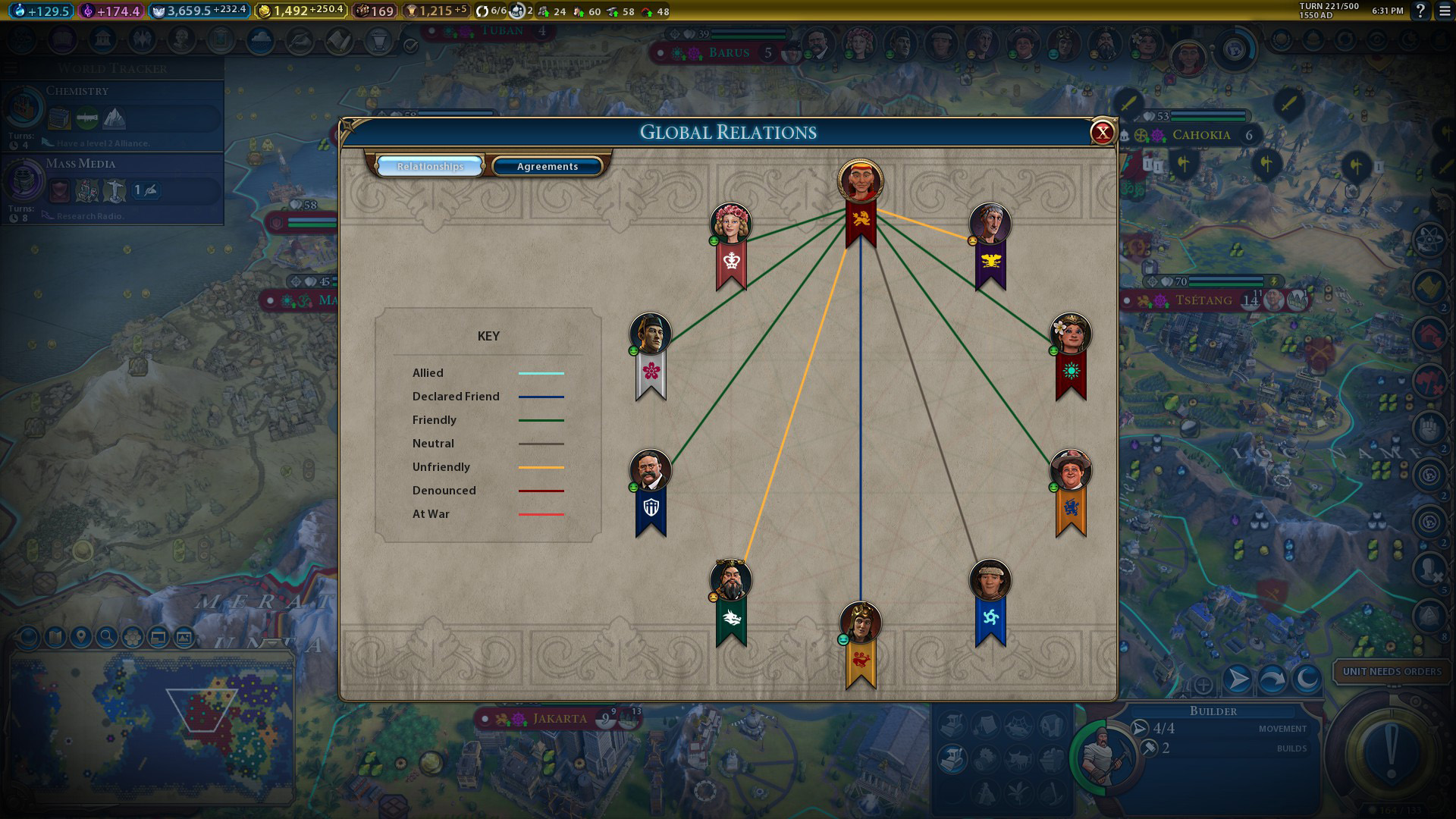 Civ’s oversized units are something of an acquired taste. I’ve never been a fan of watching the giants trampling across the land like mythical beasts made real. R.E.D. Modpack and its various add-ons (for the game’s DLC) rescales the units, making them less imposing. 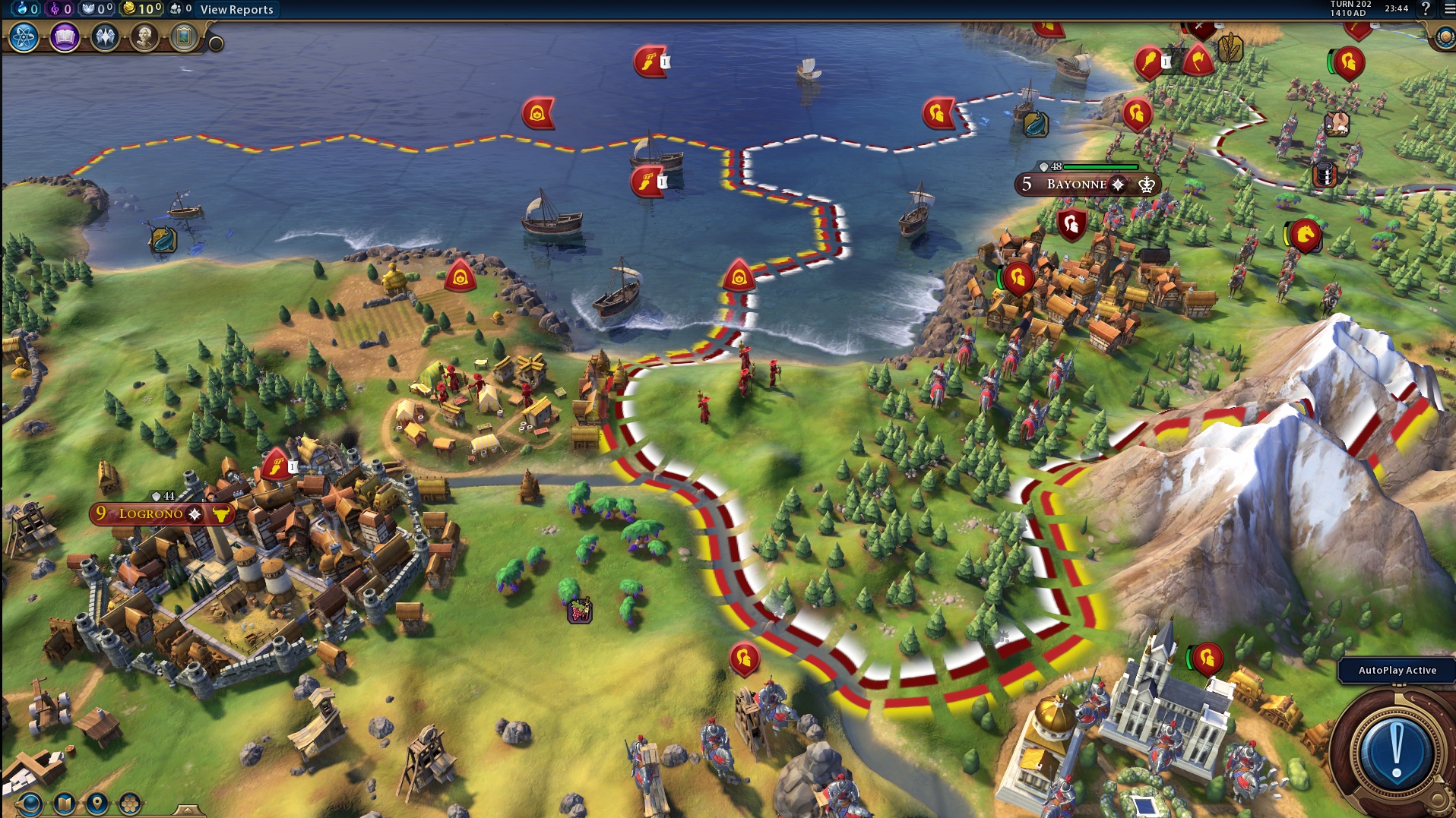 Civilizations and Leaders by JFD

Modder JFD has over 73 leader addons on the Steam Workshop, bringing alternative leaders or additional civilisations to the game. It’s worth it for the portraits alone.

The leaders are particularly impressive: six US presidents, including number 45, are here to impose hyper-capitalism on the globe, while fascists and friendlies of every stripe are present from a number of historical time periods. No Nicola Sturgeon, but Mary Queen of Scots is there to help you build golf courses and achieve Enlightenment. Trump, meanwhile, comes with a film studio. 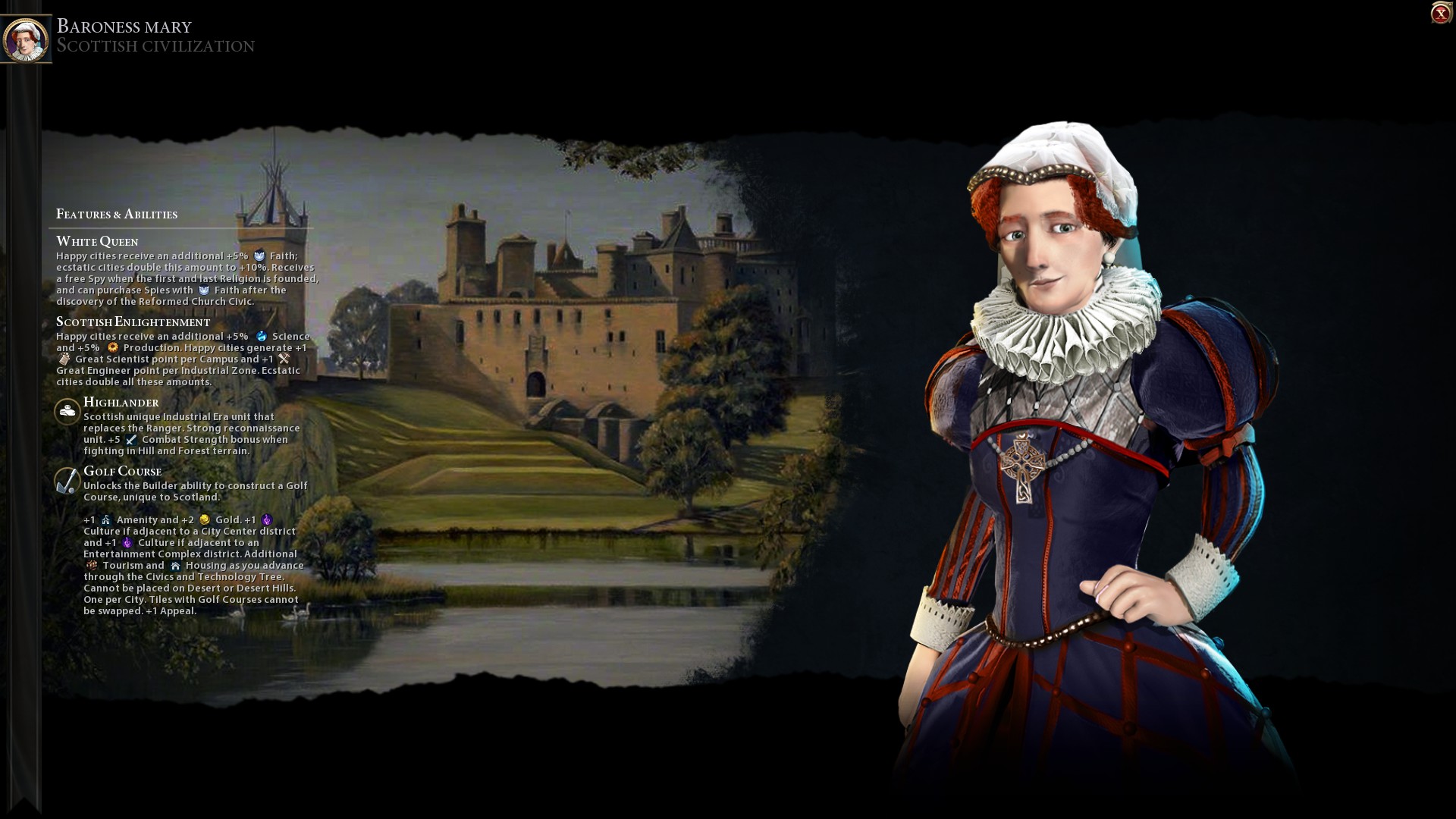 As the maps change and grow, this mod replaces the names of conquered cities to something appropriate to the conquering state. It’s a simple tweak, but it really adds to the feeling of a growing empire under your control.

It also does stuff like prevent duplicate names appearing, and the author is really good at updating alongside game updates. 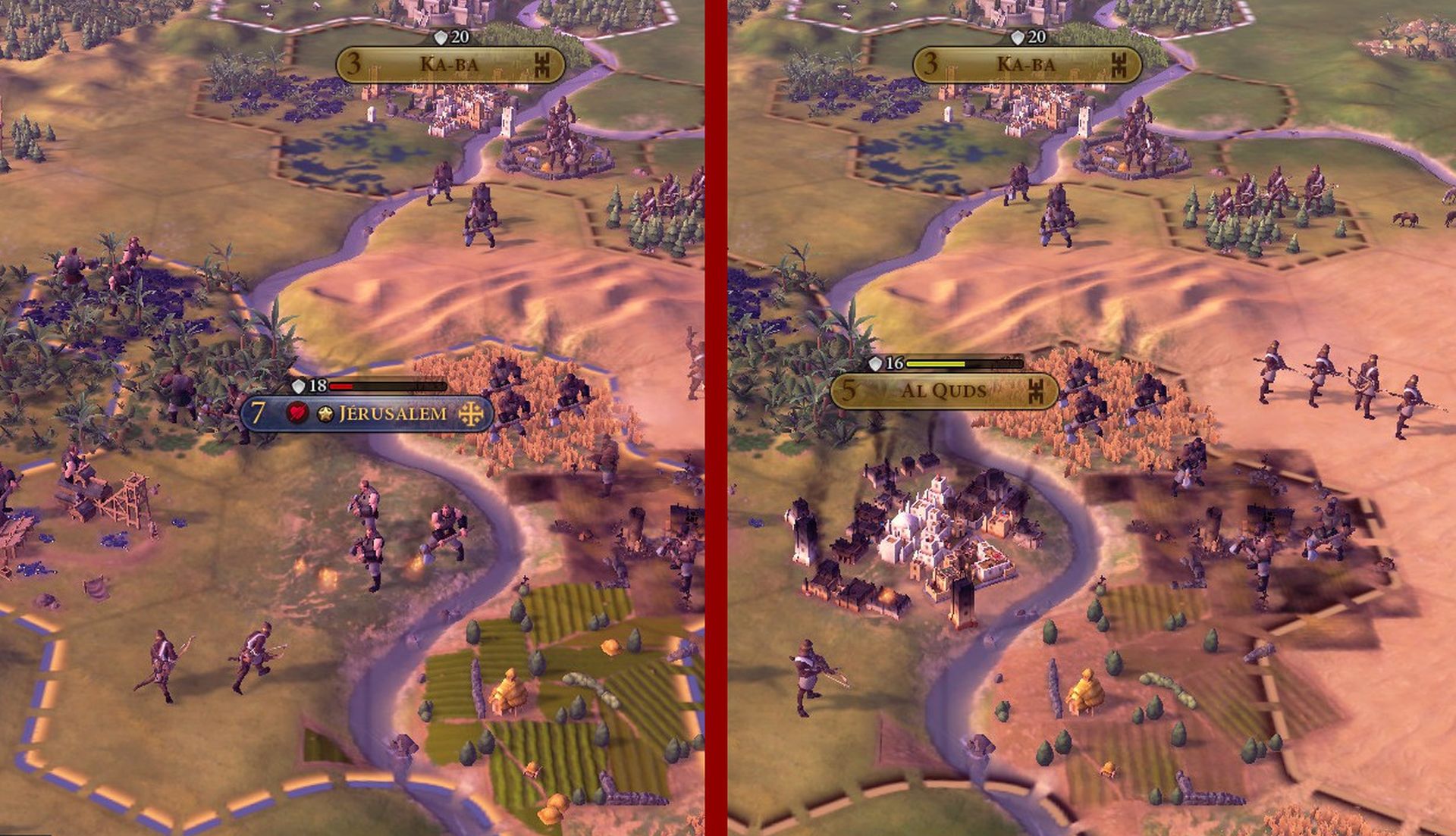 As turns tick down and the game is about to move on, you’re often faced with the possibility of missing out on the Golden Age and not knowing if you can make those final steps. That’s what Real Era Tracker will help you out with. It tracks all the historic events and shows you the ones you’ve yet to get, giving you enough info to work out the next steps. 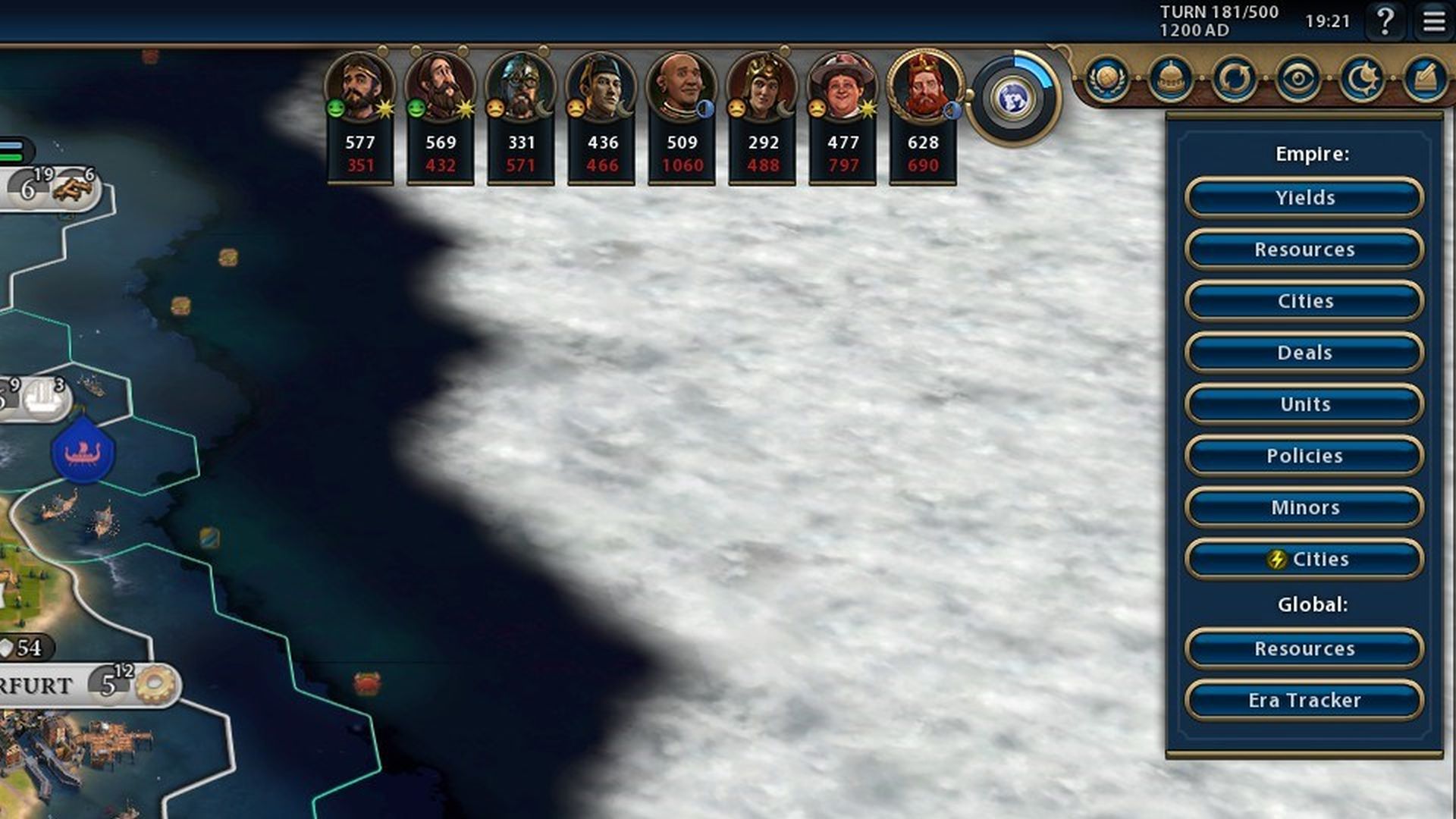