I reckon that when I was growing up I spent longer reading the manuals for games than I did playing them. The thicker the better (as the someone said to the etc.), and if it were up to me every game would come with a chunky instruction booklet. The standard these days is the in-game tutorial, and many of them feel like afterthoughts. Either they’re too bare bones to properly teach you how to play, leaving you to scroll through Wikis, or they’re so boring that you rush through them and then forget everything you’re told.

When done right, though, a tutorial can be the perfect bridge into a new world, showing you the basics of how you affect it and exciting you about what else is to come in one fell swoop. If only they could all reach that standard, I wouldn’t miss my booklets. To that end, I’ve been thinking about some of the best tutorials PC gaming has to offer, and why they’re so great -- starting with one that’s both robust and recent. 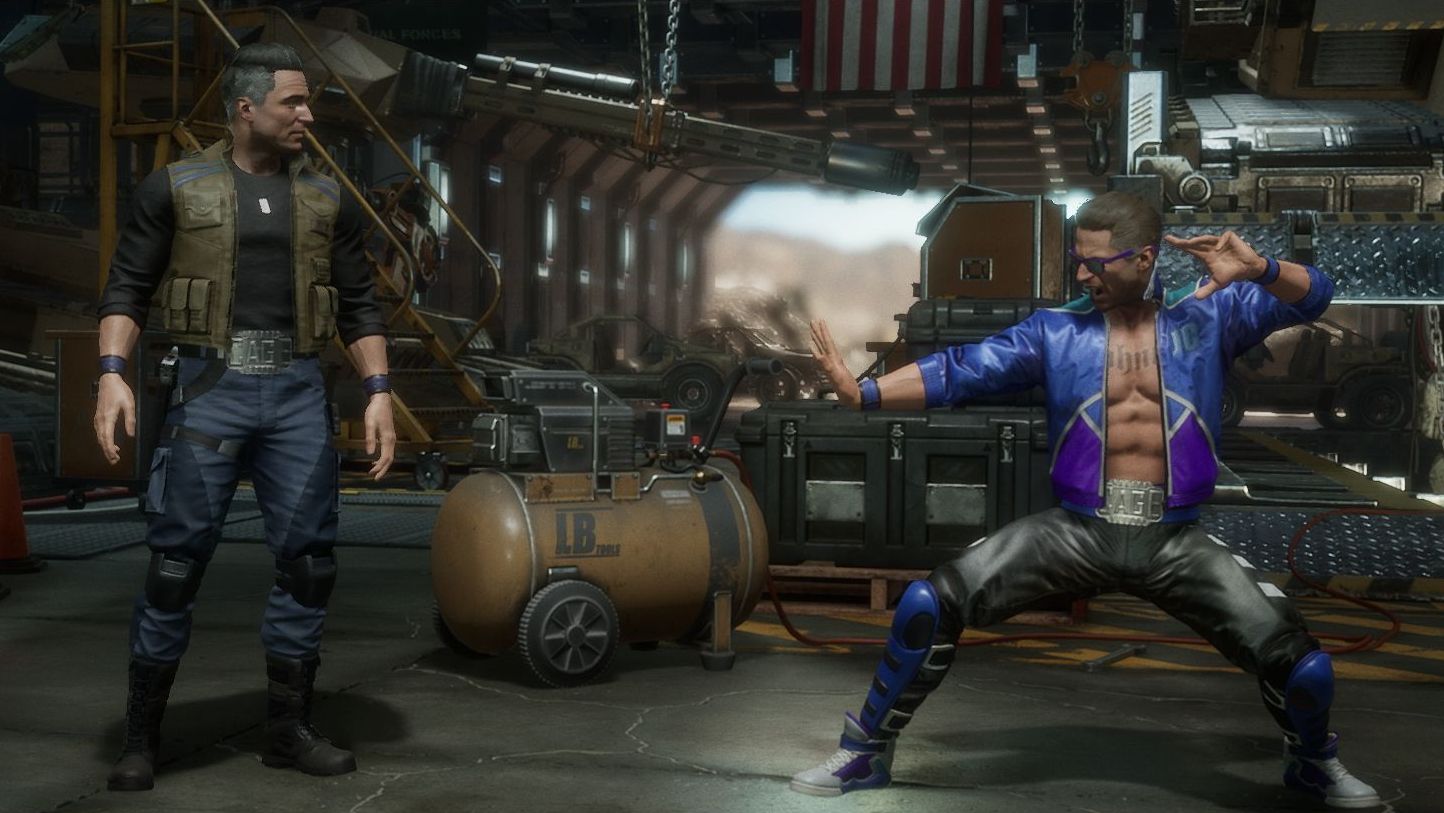 Fighting games seem, at a certain level, impenetrable. If you play through Street Fighter 4’s tutorial then you’ll know which buttons to press for a punch, a block, or an Ultra Combo. You might get comfortable against the AI, but the first time you face a real human you’ll get clobbered, and have no idea what you did wrong, because the tutorials don’t usually mention things like frames, hitboxes, or priority.

Mortal Kombat 11’s tutorial tells you everything you’ve wanted to know about fighting games, but were too afraid to ask (because you thought someone who plays with a custom fight stick would laugh at you). Its exhaustive list of lessons starts with basic movement and ends with detailed anti-air strategy, and, best of all, assumes little to no prior knowledge throughout. The start of the Frame Data lessons, for instance, are explicitly targeted at genre newcomers, explaining what a frame actually is and why it’s important in fighting games. The three phases of an attack are each represented by a different colour on-screen to help your timing, so before long, you’ll know how to take advantage of your opponent’s start-up, active and recovery phases with ease. It even has specific tutorials for each character, which are worth returning to when you know who you’ll mainline.

Some of the challenges are tough -- it took Brendan 40 attempts to land a ‘flawless block’ -- but you know everything, especially the harder bits, will make you a far better fighter. You can really see your improvement, and thus the value of the tutorial. 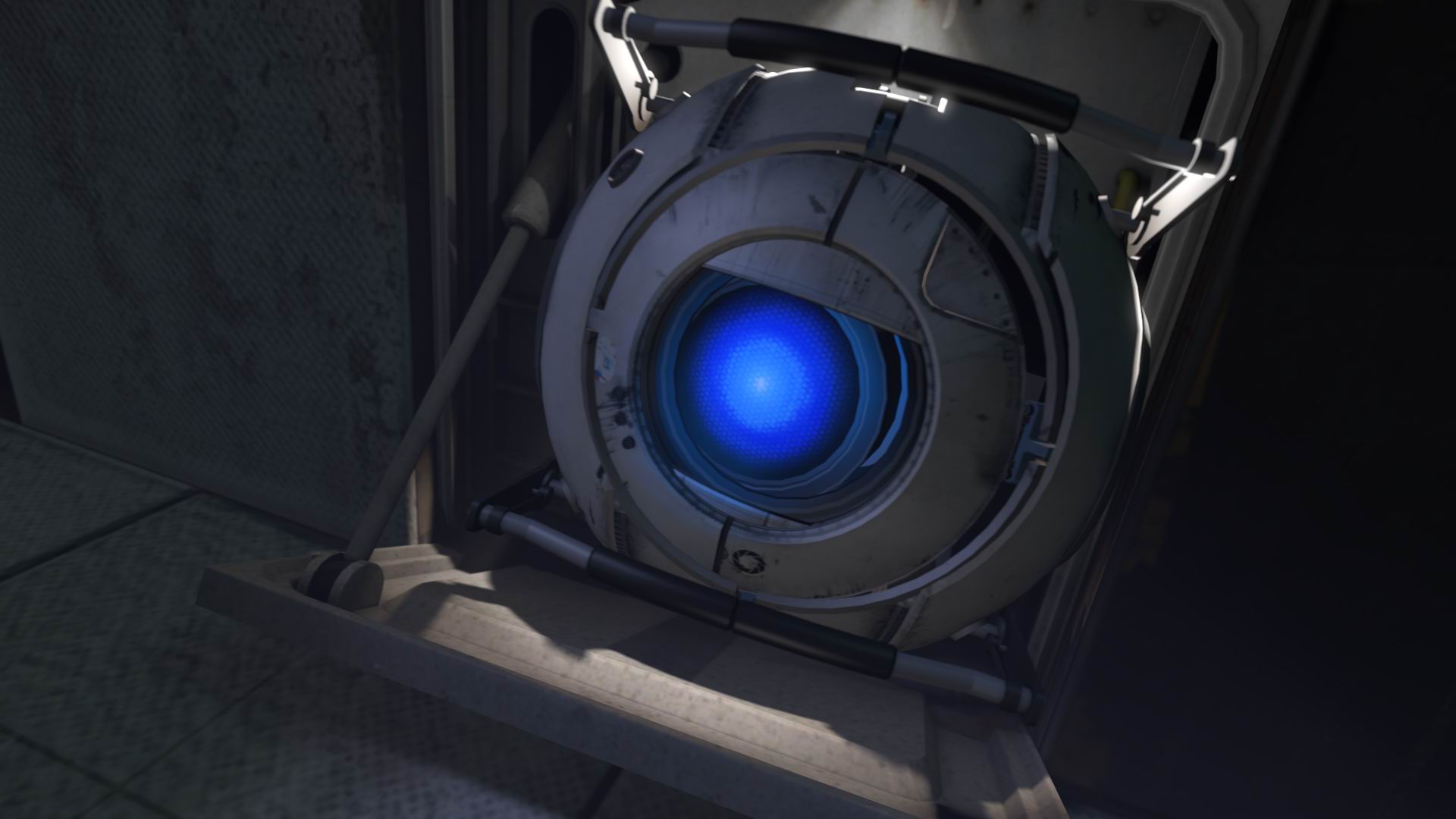 Portal 2 has the simplest controls of any game on the list, at least in a purely mechanical sense, adding up to little more than move, jump and shoot. So rather than a lesson in the controls, Portal 2 instead uses the opening minutes as an introduction to how to think in portals, both literally and metaphorically. The metaphor bit is mainly a demonstration of Valve’s, and therefore Portal’s, sense of humour.

“It’s not out of the question that you might have a minor case of serious brain damage,” says Steven Merchant as loveable robot Wheatley, his monologue the mood music that primes you for later jokes. Years spent in stasis have confused you, and you must respond to Wheatley’s requests. “Say yes” he asks, or “say ‘apple’” -- and the game prompts you to hit spacebar, which makes you jump. The opening also sees you smashing through walls and gaps that you’re not supposed to. In Portal, of course, a wall can also be a doorway, even if in a brute force way to start with.

Other games fail to set a tone so quickly or well. Assassin’s Creed 3 and Fallout 3 come to mind, both of which have tutorials that start in childhood. AC 3 has you playing hide and seek to learn how its stealth works, while in Fallout 3 you’re having a birthday party and weaving through tight corridors in combat. They’re long, boring, and disconnected from what the bulk of the games are actually like.

Portal 2’s opening succeeds because it’s quick, entertaining, and completely in sync with the rest of the game. As the puzzles are introduced, the game never spells out exactly what the solutions are, making you feel clever from the off. It’s already prepared you with some ready-made portals to get a feel for them, so when you grab the famous portal gun you’re able to experiment naturally without the whole game pausing for you to catch up. It’s a masterclass in wordless teaching. 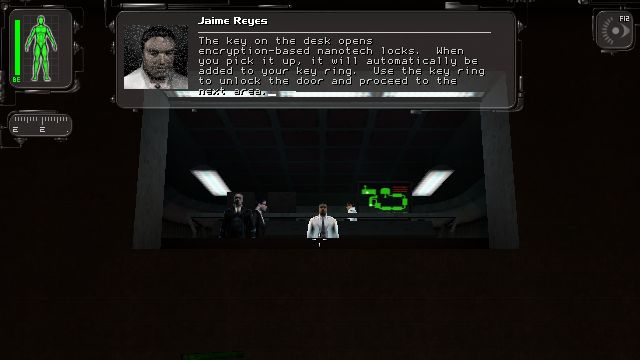 It doesn’t have to be a laugh a minute. The *beep beep beep beep boop* sound accompanying a radio message in Deus Ex (the one from 2000)is forever burned on my brain thanks to the tutorial, where you hear it repeatedly. The training section is accessed from the start menu, separated from the main game so you don’t have to play it for every new campaign, but easy to play through again if you need a refresher. It hands you task after task for every system you might want to use, from hacking a door to firing a sniper rifle. It’s systematic, and in a game that has so many ways to play it by design, it needs to be.

Far Cry: Blood Dragon failed to grasp in its awful opening, which is meant to be a piss-take of tutorials from other games. “Just let me kill people, dammit”, Sergeant Rex Colt says as he’s told how to crouch. We’re presumably meant to yuk it up at that. Its worst crime is that it fails to be either a useful tutorial or a funny send up of one. Which is actually two crimes.

Sure, Deus Ex’s training isn’t funny, but it equips you for the game, and still manages to teach you about the game universe. Gunther Hermann, who guides you through weapons training, later becomes a central figure in the plot. Your partner Anna Navarre teaches you stealth. Their dialogue barks not only instruct you, but hint at their personalities. It may be by the numbers, but that’s kind of on brand for a highly trained special agent. 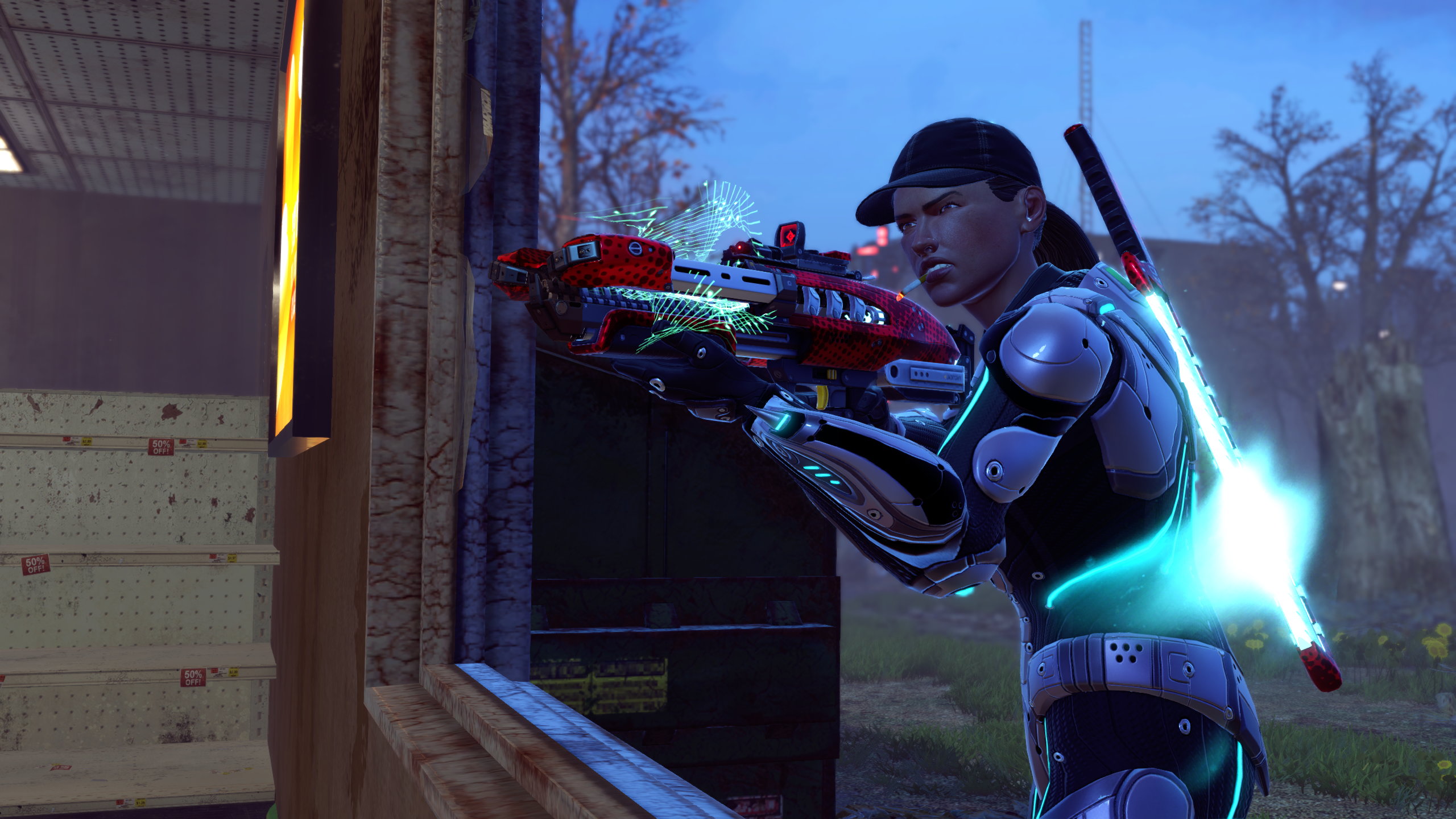 Within five minutes of XCOM 2’s tutorial, half of your squad are corpses and one of the survivors is dragging a limp body across the map to an evac chopper. Firaxis realised it needed to hold your hand for the complicated and/or harrowing bits, and so the tutorial takes you through a combat scenario step-by-step.

Spoon-feeding can be helpful in complex games, something other strategy developers forget. Paradox is probably the worst offender: Crusader Kings 2 is one of my favourite games but it took me 10 hours of YouTube videos before I had a clue what was going on. Learning its mechanics was a hump to get over before enjoying it, and XCOM 2 avoids that by drilling you in basic combat straight away, so when you face your first real alien Sectoid opponents you already know what to do.

The tutorial tells you exactly where to move your squad, and which icons to press to take cover, hack terminals or fire your gun, which helps you navigate an initially intimidating UI. At the same time it’s teaching you tactics, by having you flank enemies or chuck grenades to damage a large group.

Like a parent giving you a bike with stabilisers, the second mission gingerly gives you some freedom but occasionally corrects your course. By gradually giving you more agency over your squad it allows you to build your own playstyle, and in the space of 40 minutes it’s given you all the tools you need for the 40-hour journey ahead. And, crucially, teaches you that almost losing your entire squad on a mission is a key part of the whole experience. 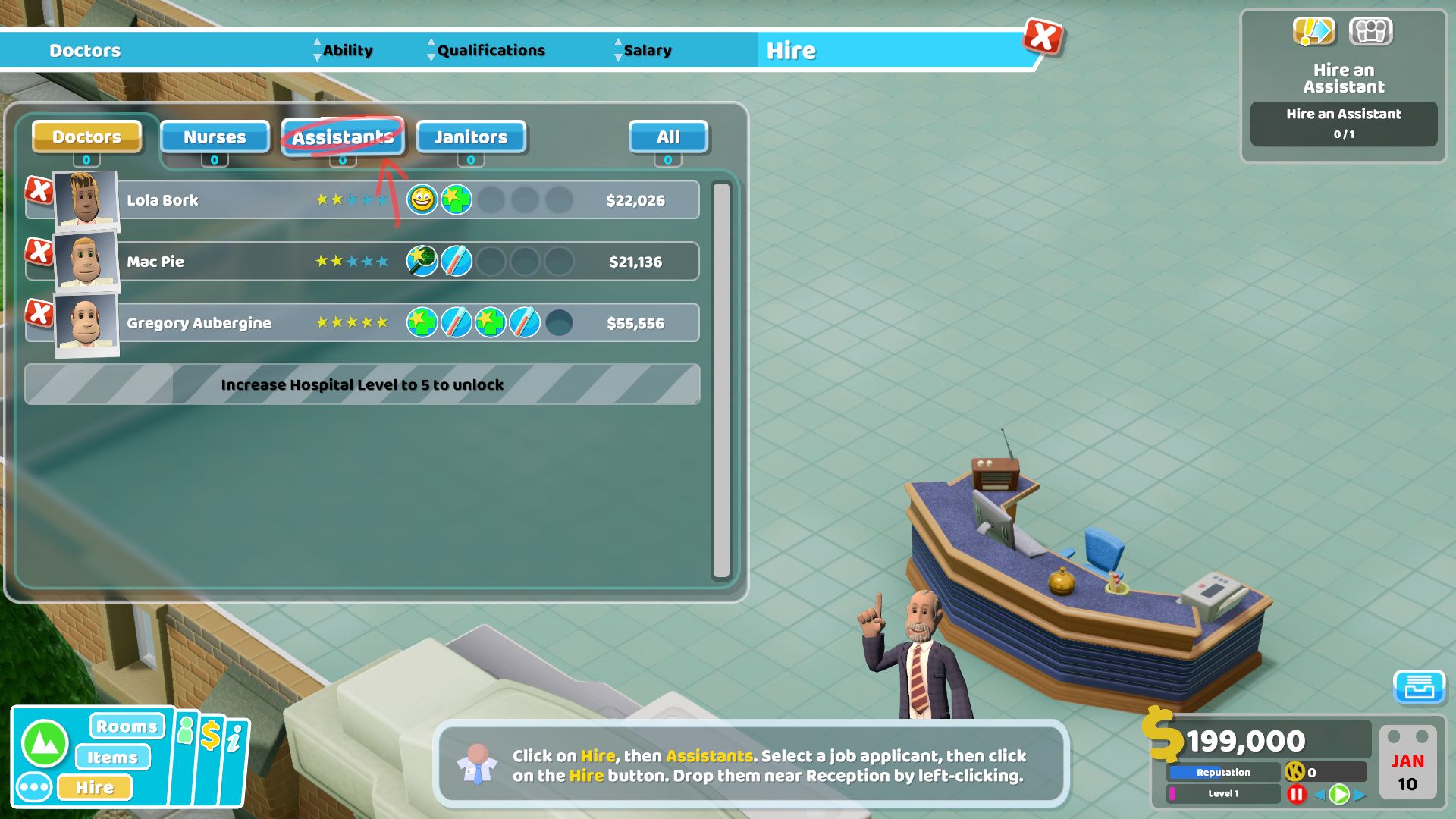 In Two Point Hospital you go in completely blind and learn on the job, as any good doctor does. The first hospital teaches you the basis of hiring staff and placing rooms, via slick tool tips and in-picture videos to show you how it’s done.

These tips are never intrusive and won’t repeat themselves, giving you space to explore the game’s web of menus and items. As you unlock more sites the game introduces more new elements for you to learn -- your second hospital introduces psychiatry, for example. At every point, it makes sure you’ve got a grasp of the easy bits first, which means you’re never overwhelmed.

I wish Planet Coaster, another tactile management, did the same. Fraser really, really liked it but Adam, Pip and Alice enjoyed it less, in part because of its lack of tutorial. It just throws you a bunch of menu icons and expects you to figure it out, not caring how long it’ll take you to grasp its building tools. There’s a fine line between encouraging experimentation and leaving players feeling lost. Two Point Hospital has much better bedside manner, and proves that you can still give players a sense of discovery while walking them through the fundamentals. To me, it feels like the pinnacle of modern game design.