A is for A7V action

WWI armour sims are such rare creatures, I can't bring myself to say anything negative about 79p work-in-progress Cry of War. Currently boasting one cosy map and three tank types (the A7V, Mark IV, and Renault FT), the game combines quirky presentation and forgiving movement physics with surprisingly sophisticated ballistics (shells can ricochet... system damage is determined by post-penetration trajectories) and the best 'tip' ever to appear on a military game loading screen. Disarmingly honest developer ShanghaiWindy will be coding around his university commitments, hence the 3-4 year Early Access period.

B is for bordering on the ridiculous

Papers, Please hasn't only inspired movies. Polish dev Crazy Rocks are making a 3D border guard sim in which players are expected to scrutinise vehicles in addition to people and documents. Body cavity searches have yet to feature in any Lets Splay vids, butt I suspect it's just a (faecal) matter of time before they do-do.

C is for competition for Condor 2

Sim publisher/purveyor Aerosoft has been muttering about making its own gunless flight sim for years. The £20, unexpandable World of Aircraft: Glider Simulator looks likely to be the first tangible result of those mutterings. Featuring both powered and unpowered sailplanes, WoAGS will ship with a single map centred on Flugplatz Herrenteich, a dinky airfield on the banks of the Rhine, 85 km south of Frankfurt. The area has a rich gliding history. Deutsche Forschungsanstalt für Segelflug, the concern that designed and built Germany's WW2 gliders, was based just up the road in Darmstadt.

D is for Dutch departure

It might not be as easy on the eye as Diesel Railcar Simulator, or be quite as welcoming or atmospheric, but Metro Sim's strong physics, deep systems modelling and extensive fictional routes mean it's not short of friends in Simulatia. In the latest free build – 3.13 – creator Michiel introduces something new to the sim – a prototypical route. To celebrate the 50th anniversary of the opening of the Rotterdam Metro, he's modelled his local system in its earliest form - the 1968 'North-South' line that linked Rotterdam Centraal to Zuidplein.

E is for engine switch

Now would not be a good time to retrieve your wind-plucked cap from the middle of the Kunos Simulazioni test track. That faint rumble isn't Vesuvius clearing its throat, or an avalanche in the Apennines, it's a herd of  GT3 thoroughbreds approaching at breakneck speed. It was revealed last week that highly regarded race sim Assetto Corsa is to be followed by something prettier, rainier, and more rooted. Assetto Corsa Competizione will simulate the Blancpain GT Series using Unreal Engine 4 and Kunos' famed physics. Dynamic weather, day-night cycles, laser-scanned tracks, a choice of solo modes, “advanced multiplayer functionality”... it sounds like Kunos are pulling out all the stops.

Did you know the Flare Path had a hidden puzzle section? If you hold down Shift, Alt, F1, F5, F12, Number Pad * and the Tilda Swinton key, and utter the secret word “CREPELLO”, you'll find yourself in our puzzle annexe mingling with serial defoxers like Gothnak, Little_Crow, Gusdownnup and Stugle. Laptop user? Just click this link.

G is for gone to ground in Guildford

I'm worried about REMEX. The people behind last year's most exciting sim announcement aren't updating their Facebook page or answering my emails. Having staked-out their Surrey offices using Google Street View and seen no-one - not a soul - enter or exit the building for several days, I'm ready to start thinking the worst. Give us a sign, REMEX. Give us a reason to believe again.

H is for helo help in Hawaii 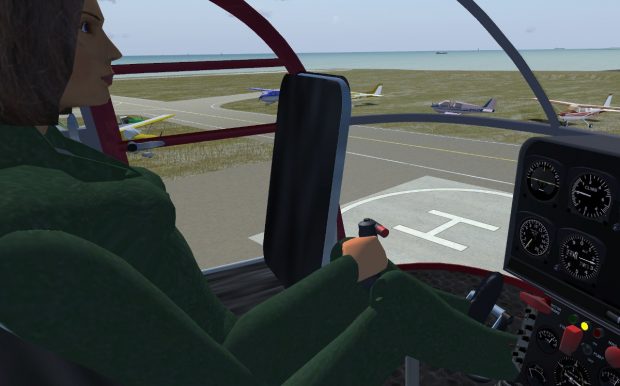 Recession-proof flight simulaton FlightGear will be moving its default airfield to Hawaii soon. The coming version will also green appropriate terrain with extra framerate-friendly vegetation, rouse sleepy volcanos with huge invisible pokers, and Ameliarate the Alouette. Pictured above, Amelia isn't just a polygonal husk with strange patellas. Fully instructable, she's happy to take-off and land for you, and will do her darnedest to maintain a hover while you lower a winch or unwrap vital confectionary.

I is for in safe hands 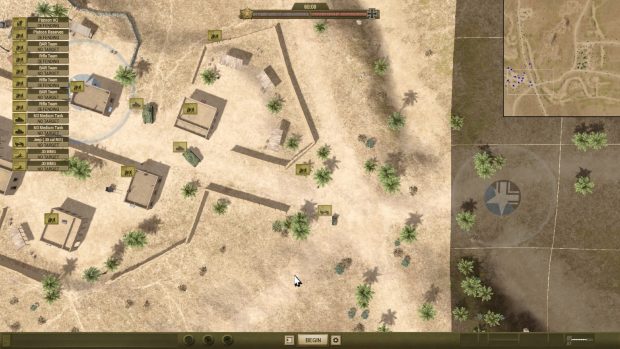 Modernising Close Combat without maiming it, has to be one of the toughest tasks in wargame development today. The Slitherine/Matrix-backed team that is attempting the feat broke a long silence recently by chatting with Polygon. In the piece producer Steve McClare (sic) blames Close Combat: The Bloody First's long gestation partly on a decision, taken fairly late in the day, to abandon Unity in favour of Slith's own engine. He doesn't explain exactly what Unity can't do that 'Archon' can, but this willingness to accept painful delays rather than slog on semi-satisfied, together with the latest batch of screenshots, suggests the genesis is in safe hands. 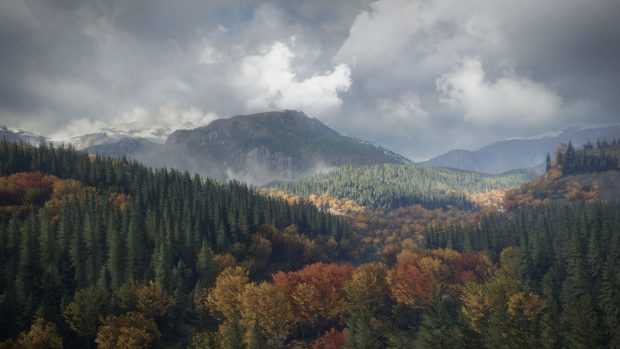 Many theHunter: Call of the Wild players seem to have misunderstood the game's lightly camouflaged raison d'être. Instead of spending their time tramping about admiring the sculptural stumps and winsome windthrow, thousands of cads are culling wildlife with a will. During the sim's first year, users expended over 383 million rounds and 'harvested' over 82 million animals!

K is for knowing when to backtrack

While the original Armoured Commander owed a massive debt to solo board game Patton's Best, its sequel seemed, until fairly recently, more interested in aping Steel Panthers than telling the story of a single WW2 angry house. Fans of intimate, novel wargames will be pleased to hear that designer, Rev_Sudasana, had a rethink in January. The latest test version of AC2 - downloadable here - feels more like a turnbased tank sim than an ASCII take on SP. Prepare to perspire and ponder.

L is for light, lovely, and lethal

Like your furballs furious, your manuals slim, and your framerates fluid? Project Wingman, an aerial combat game made by rb-d2, a talented Ace Combat aficionado, has to be worth a look. It's still in alpha hence the helpful pay-what-you-want price tag.

M is for more Panzer General, anyone?


Panzer Strategy has a moniker that could curdle milk, and mechanics that look, from a distance, as tired as a post-Longcloth Chindit, but I'd be surprised if we didn't end up rubbing along. Starni were planning to release yesterday, but some last-minute gremlins means it will be next Wednesday before the panzers perambulate and the stukas stoop.

N is for New Rochelle to Newark 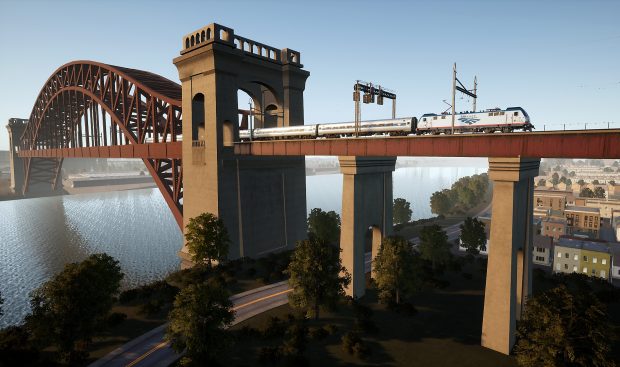 Having traversed the Allegheny mountains, shadowed the Thames, and burrowed under Leipzig, Train Sim World is going to maggot right through the Big Apple next. The TSW: Northeast Corridor New York Steam page shows some uncommonly comely ACS-64s but is bafflingly quiet when it comes to route specifics. The days when Dovetail were happy to mention fundamentals like total mileage, and start and end stations in their DLC blurbs seem to be over.

O is for obscure Outram outing 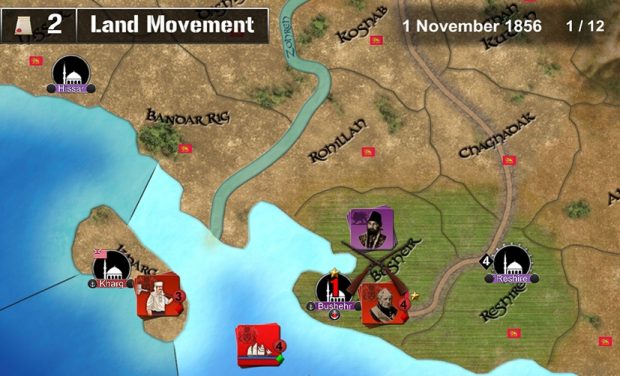 The 1856-57 Anglo-Persian War, a conflict too obscure even for Age of Rifles - a title that made a point of remembering forgotten 19th Century military episodes - hasn't escaped the notice of French strategy smiths Strategiae. They've turned it into a £4 add-on for Wars Across The World, an AGEOD-style omniwargame with eclectic tastes and, last time I checked, a few annoying quality control issues.

P is for potential GOG games

Now Close Combats 2 and 3 are back on shelves, the top 3 slots in my 'Games in Desperate Need of GOGification' list looks like this: 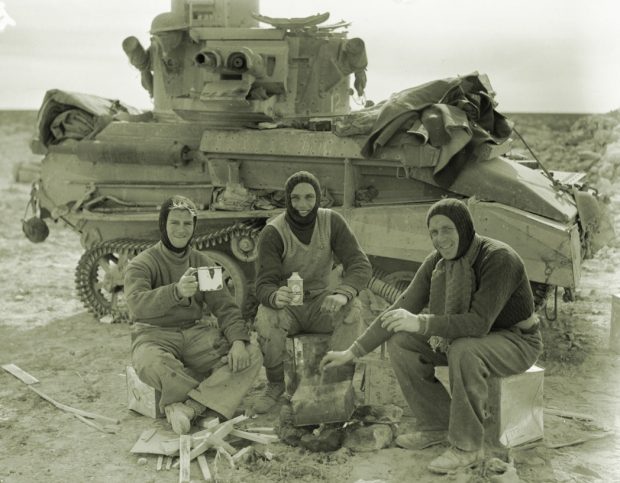 R is for radio silence

I hope the eery silence that has descended on www.tacticalartofcombat.com isn't significant. For the past seven months the small outfit behind Art of Combat – Anzio 44, the first in a planned series of Close Combat-inspired 3D wargames, has been quieter than a Welrod with laryngitis. The usually talkative project lead mentioned ongoing health problems in a forum message posted last August. Get well soon, Sulla, if you're still under the weather.

S is for sub-infested standalone expansion

Yesterday evening several Sailaway yachts disappeared without a trace and a Fishing: Barents Sea trawler almost capsized when something large caught in its nets. Steam are blaming careless whales and rogue waves; personally I suspect the culprit is Command: The Silent Service, a £15.50 Command: Modern Air/Naval Operations spin-off/expansion with an intriguing selection of scenarios and a potentially perturbing UI.

T is for testers required 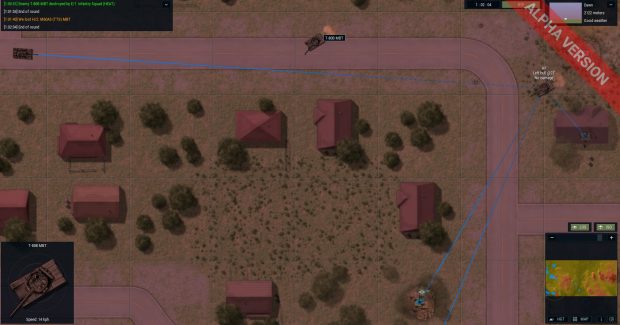 Veitikka Studios are seeking gamers with military backgrounds and/or knowledge of Cold War weapons to alpha test their ambitious top-down tactics title, Armored Brigade. If you played AB incessantly back when it was a freeware project, all the better.

U is for under new management 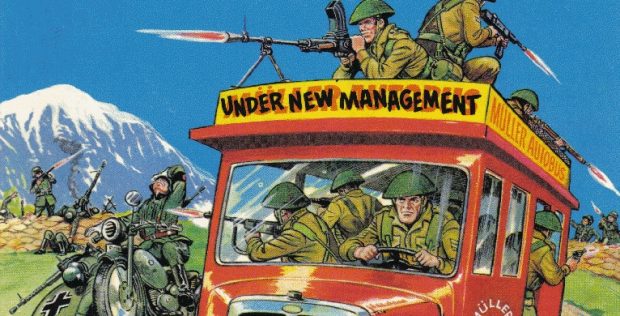 Wargamer.com no longer has to paste this awkward disclaimer “This article covers a game developed and published by members of the Slitherine Group. For more information, please consult the About Us and Reviews Policy pages.” under many of its previews and reviews. Slitherine have sold the site, together with two of its siblings, strategygamer.com and pocketactics.com, to Bath-based media magnates Network N, the ex-Future folk behind PCGamesN.

V is for very nearly done

Killerfish kingpin Paul Sincock tells me Cold Waters customers should get their hands on the South China Sea campaign circa April. The sizeable freebie will come with new sub types, surface vessels and aircraft, and major terrain improvements.

W is for whaling moratorium

Sorry, no florid tales of Flora and her crew, this week. Having exhausted my supply of whale synonyms and already shed enough cetacean blood to fill several nightmare lidos, I've decided to put my Nantucket AAR on ice for the timebeing. If you'd like to see Thar She Blows! return at some point, lobby me in the usual manner, ideally providing some decent stand-in nouns while you're at it. (Already used: whale, cetacean, leviathan, behemoth, beast, creature, monster, devilfish, grampus, boat stover, blubbery boomer, barnacled breakwater, Neptune's pincushion, krill swiller, Jonah own3r, Ahabomination)

The best piece of simulation-related writing I've read this year has to be Chris Frishmuth's description of flying hypersonic X-15s in X-Plane. One of Flare Path's atypical simmers Chris has taken a self-modified version of the default X-Plane X-15 from wild blue yonder to jet black yonder over a hundred times, and in doing so, has had ample opportunity to reflect on the extraordinary courage and skill of astronauts/test-pilots like ED White, Bill Dana and Neil Armstrong. His observations and images make for a riveting read.

Z is for Zulu Dawn

Jeff Lapkoff isn't one of life's lingerers. I felt his last creation, Combat Actions: Vietnam, needed some reworking here and there, but the chance of change now appears remote. Returning to a colonial conflict he's rather partial to, Jeff is currently focussed on a 3D tactical recreation of the Battle of Isandlwana. I'm already picturing a maddening mini-game involving screwed-shut ammo boxes, sweaty screwdrivers, and rising panic.