I was all set to brand Medved-Taiga, the latest expansion for theHunter: Call of the Wild, “the perfect Yuletide mood generator”. Its stunning snow-mantled wilderness was putting me in a seasonal frame of mind almost as effectively as my usual aids -  The Greatest Christmas Movie of all Time and lashings of cream sherry - up until the point last night when I encountered the 'Euthanize the Wounded Reindeer' mission. 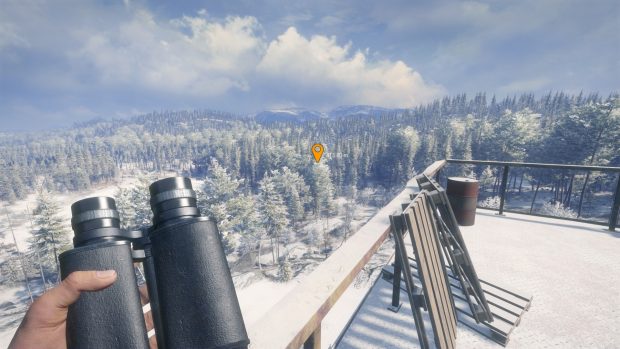 Fortunately, the missions, like the animal topping, are optional. If you want to treat Expansive Worlds' achingly beautiful Siberian slayground as a vast* virtual ramble space, that's your prerogative. Such a decision wouldn't be nearly as perverse as it sounds. Enhanced with Medved-Taiga, theHunter: Call of the Wild is a walking sim without equal. 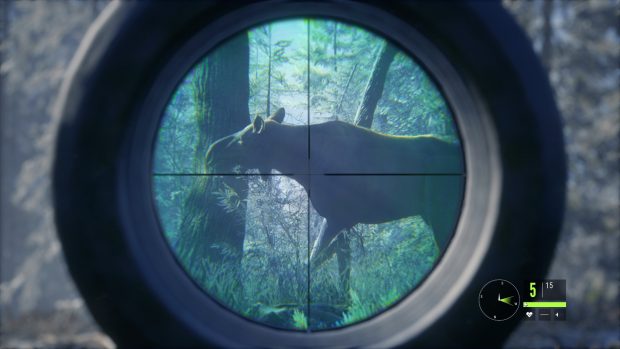 During my first eight hours with this £5.60 add-on I fired only four shots and each felt like a tiny act of desecration. I was happiest when my rifle was slung and my hunting HUD hidden - most content when the mission-furnishing mobile was stowed and the glowing animal track enhancers deactivated. Medved-Taiga is a consummate room dissolver and reverie encourager with story and screen furniture in place. Without them, its power to transport, spellbind, and spirit-lift is almost chemical. 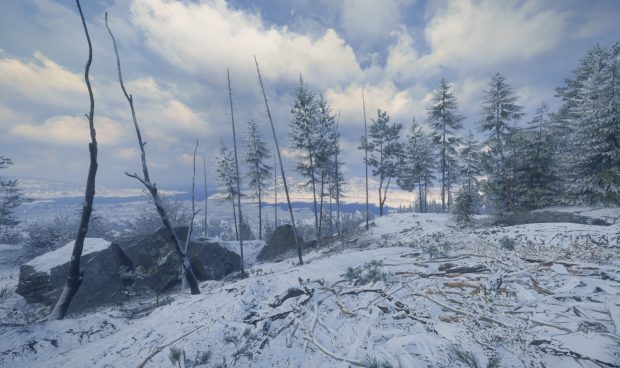 Over the last few days my screenshot folder has bloated like a sun-warmed deer carcass. I set out intending to cull an ungulate or complete a mission or two (far from predictable, the missions cast you as a hunting expert hired to help some struggling ecologists and climate scientists on a field trip) and always seem to end up standing around snapping sunrises or savouring snowstorms. 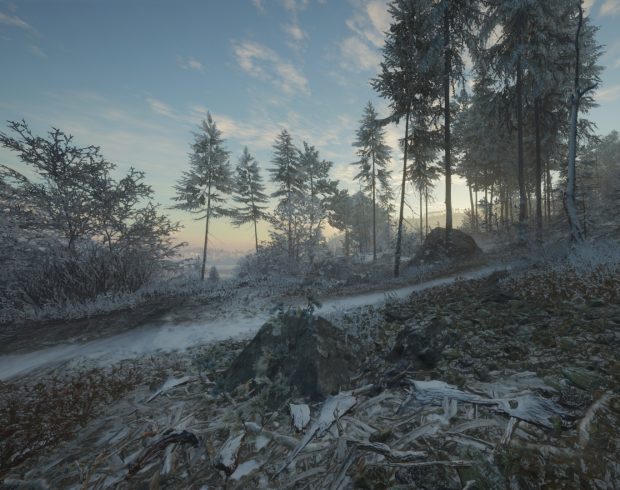 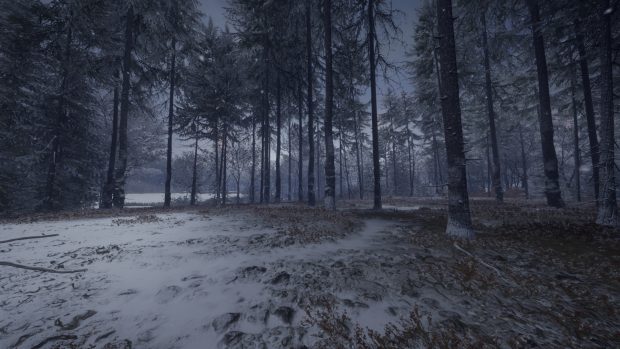 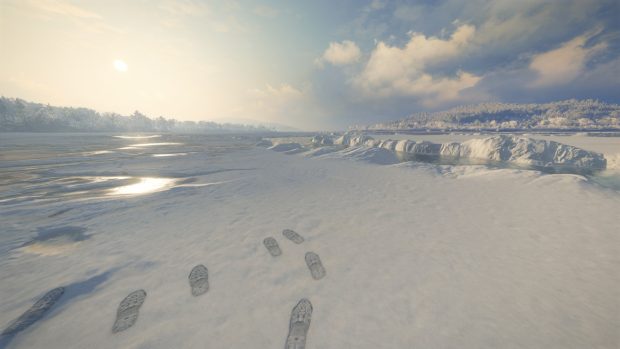 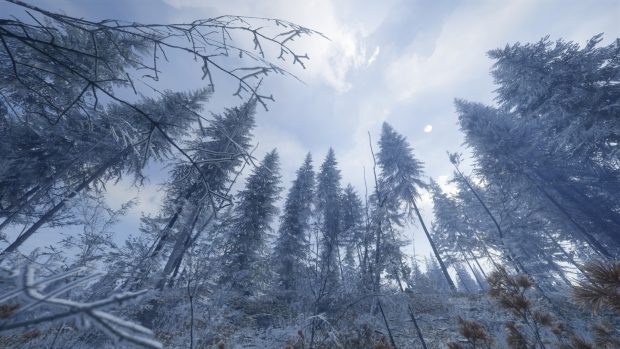 Images like the ones above (embiggen to fully appreciate) hopefully show the Apex engine's subtle handling of light – its talent for using weather and an accelerated day-night cycle to transform mood. What they can't convey is its mechanical efficiency (framerates on my modest rig are consistently high) or its knack for mimicking Mother Nature's abhorence of uniformity. 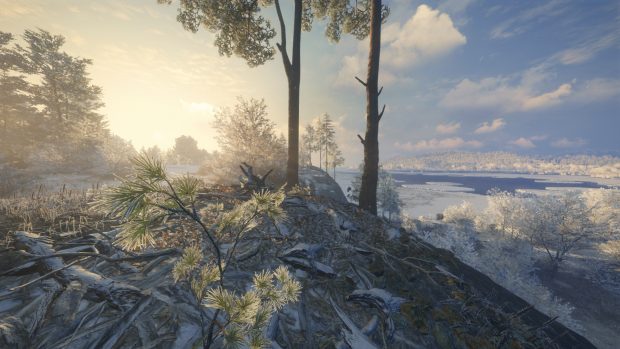 During long-distance hikes in other open-world games I invariably find myself spotting patterns, repeated textures and reused models. In Medved-Taiga I can walk for hours without noticing artifice. Bar a very occasional rock or tussock hovering a few inches off the ground and the slightly implausible lack of incidental wildlife (apart from pine martens you don't see anything but quarry species such as wild boar, Siberian musk deer, moose, reindeer and, if you're lucky, the odd bear and lynx) the scenery doesn't put a foot wrong. 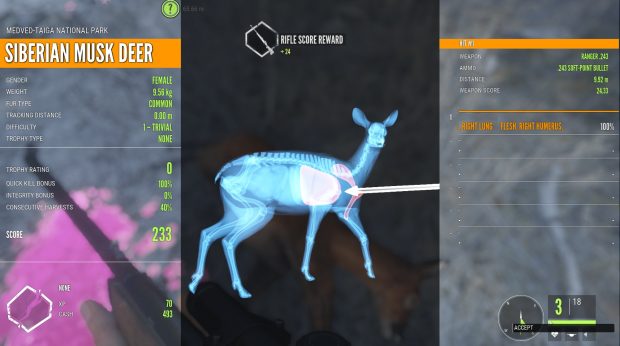 As a hunting sim, theHunter in Medved-Taiga guise is solid rather than brilliant. Initially targets seemed both too plentiful and too willing to loiter once spooked. Looking back I wonder if the game, aware that I'd been playing for hours without achieving a kill but unaware that my pacifism was a conscious choice, wasn't quietly engineering encounters and modifying AI routines in a misguided attempt to help. Now I find I'm spotting furry critters far less often and those critters, once alarmed, are usually quick to run. 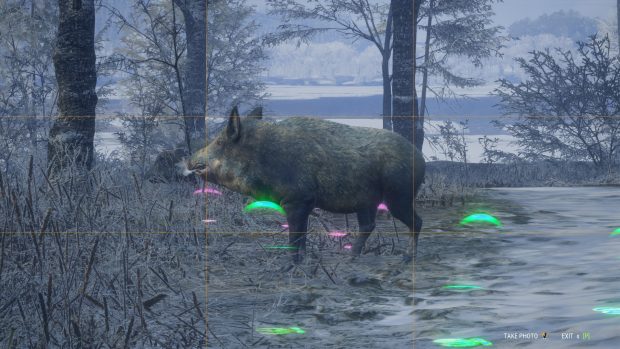 It's a while since I played the marvelous Deer Hunter 2005, but from memory it did animal animation and animal behaviour slightly better than theHunter. Following tracks in the taiga sometimes means walking in a surprisingly straight line. On one occasion I bagged a wild boar seemingly baffled by a particularly steep slope. On another I watched a moose teleport a short distance while evading. Incidents like these are rare and don't spoil a fundamentally sound stalking experience, but if Expansive Worlds have unassigned resources, it would be great to see those resources spent on closing the realism gap between fauna and environments. 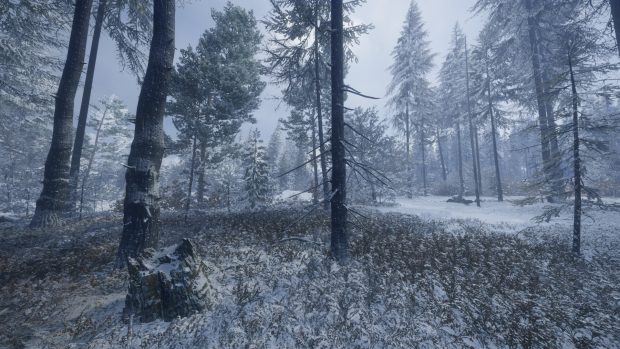 A straightforward MP-equipped single-player sim unlike its online predecessor, theHunter: Call of the Wild is on sale at the moment together with all of its DLC. Anyone who yearns for the Great Outdoors when confined to the Grim Indoors is unlikely to find a better fresh air substitute.

While the real Cliffs of Dover are perpetually retreating, IL-2 Sturmovik: Cliffs of Dover, thanks to Team Fusion Simulations, constantly advances. Earlier this month, several years of unofficial code tweaks, extra steeds, and aesthetic embellishments, became official content. Buy (or download if you already own it on Steam) CloD today and you automatically get the spruced-up 64-bit DX11 'Blitz Edition', a quite different animal from the Oleg Maddox swansong savaged by critics in 2011. 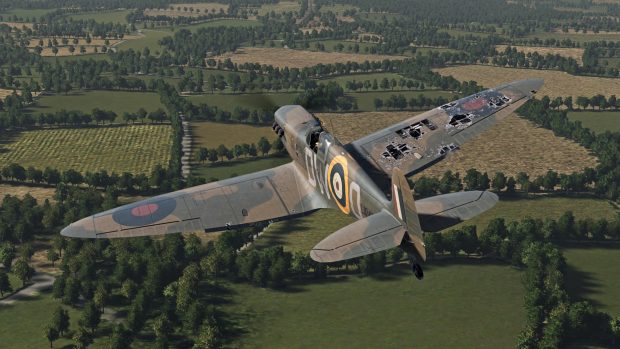 Of course, 'quite' has two quite different meanings. Team Fusion have added new flyables and flyable variants with a vengeance...

...and done sterling work in areas like flight modelling and countryside depiction, but anyone who returns expecting vastly improved campaigning and AI may end up disappointed. Issues with controller configuration, netcode stability, and framerates over cities, may also taint some reunions. 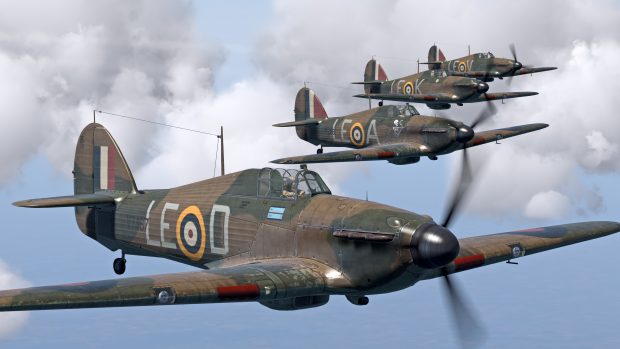 Happily, the nightfighter-sympathetic TFS are no fly-by-nights. With a Tobruk-themed expansion in the offing, their rolling engine tuning and bug fixing programme is unlikely to end anytime soon.

The flaming grey box in the above pic isn't the turret of a dug-in AFV. Its' one of the new  armoured MG nests fielded by the Germans in the latest Graviteam Tactics: Mius-Front expansion. Unit-wise there's looks to be few other novelties in the £10 Final Offensive. The draw is a fresh, topographically truthful 150 square kilometre venue centred on Kalinovka, the village near Kursk where Nikita Khrushchev was born.

In August 1943 the fields Khrushchev had tramped as a grubby herdsboy were riven by the invader's trenches and dotted with his pillboxes, bunkers and mines. They were part of a heavily fortified, 25-mile deep defensive line that had withstood two previous Soviet onslaughts. Final Offensive's two 23-turn unscripted ops simulate the Red advance that finally broke through. 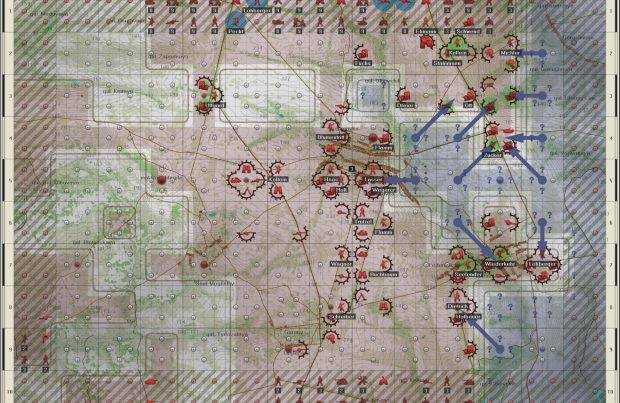 Although I've only skirmished thus far, a quick inspection of the strat map (GT's real-time battles are the result of decisions made on maps like this) suggests there's going to be no shortage of action in the long game. Assuming every turn spawns, say, three clashes, and ops go the distance, there's likely to be weeks of riveting/rivet-bursting WW2 wargaming in an average Final Offensive playthrough. You can accuse Graviteam of idiosyncratic interface design, and not working hard enough to explain their Combat Mission-deep titles to newcomers, but they can't be faulted when it comes to value for money.