At 10.30 on the morning of May 27, 1942, Reinhard Heydrich, one of Hitler's most trusted and ardently anti-Semitic lieutenants, was being chauffeured to work through the streets of Prague when a man armed with a Sten submachine gun stepped out in front of his Mercedes convertible as it slowed to negotiate a sharp bend. The cheap SMG refused to fire but shrapnel from an anti-tank grenade thrown by the Sten wielder's companion pierced the Acting Reich Protector of Bohemia and Moravia in several places causing wounds that led to his death a week later.

Nazi reprisals were brutal. Hundreds were rounded up and executed in the Czech capital and its environs. Lidice and Ležáky, two villages erroneously linked with Heydrich's killers, were wiped from the map along with most of their inhabitants. 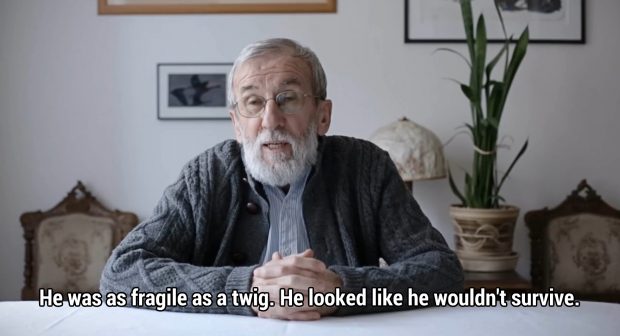 Was Operation Anthropoid wise given the predictable repercussions? Attentat 1942, a revealing docu-game about life in Czechoslovakia during WW2, sensibly declines to answer this question directly preferring instead to explore the tangled lives of a group of gently fictionalised Czechs caught up in the traumatic aftermath of the assassination.

A naturalistic sleuth-em-up set in 2001, you play an individual keen to get to the bottom of a family mystery while the people at the centre of that mystery - your grandparents - are still around. By interviewing a growing cast of characters, by inspecting artefacts and playing mini-games, a web of dramatic stories emerges and a collection of lazy classifications (hero, collaborator, victim...) is challenged. 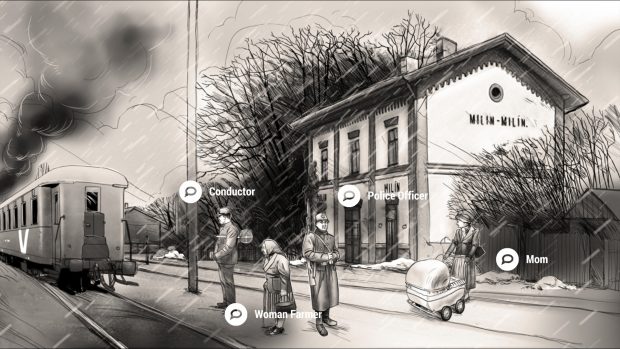 Like Venti Mesi and 1979 Revolution: Black Friday, Attentat 1942 has no obvious agenda beyond 'This stuff happened. We're sure you'll find it interesting'. It captivates from start to finish by humanising history brilliantly rather than by ludologising it exceptionally well. In fact the brief mini-games that dot proceedings are the weakest part of the package. 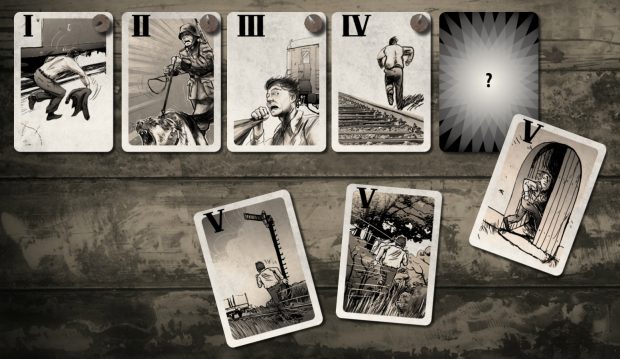 Tasks like decoding Jindřich's beautifully crafted journal by manipulating a series of letter substitution sliders and helping Egon, a Jewish friend of Jindřich's, flee police by arranging picture cards in a sensible sequence, are so easily accomplished they end up trivialising the events that inspired them rather than enriching them. There is one genuinely tricky mini-game but as it owes much of its challenge to a lack of clues it ultimately disappoints too.

Attentat 1942 justifies its format during the unusual 'cinematic interview' sections. If the team at Charles University had gone down the book or TV documentary route we'd have been denied the satisfaction that comes from personally winkling out truths with canny questioning. 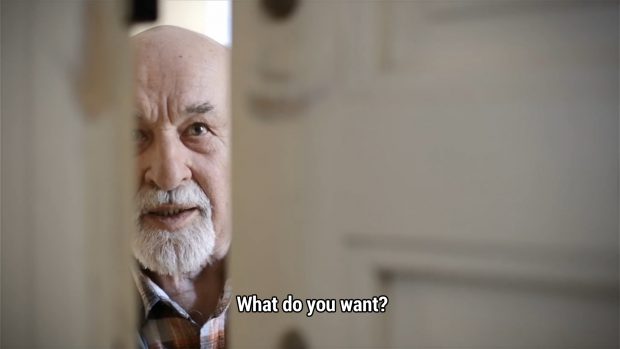 We'd doubtless have gone without the delightful distance-dissolving doorstep scenes too. Say the wrong thing on the threshold of a character's apartment and understandably you may not be invited in for čaj and memories. 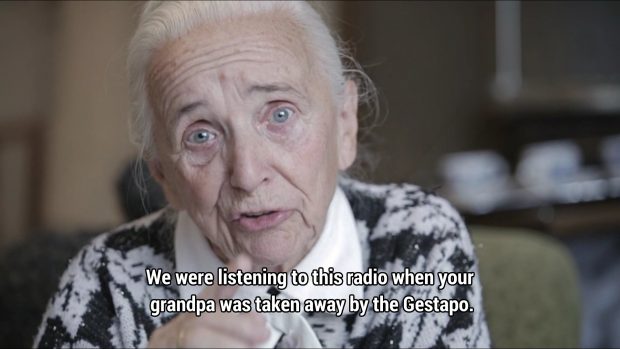 I'd be interested to hear a Czech speaker's thoughts on the acting in the video segments. While the odd cast member looked a little too youthful to have been a young adult during WW2, I quickly came to accept them in their roles. 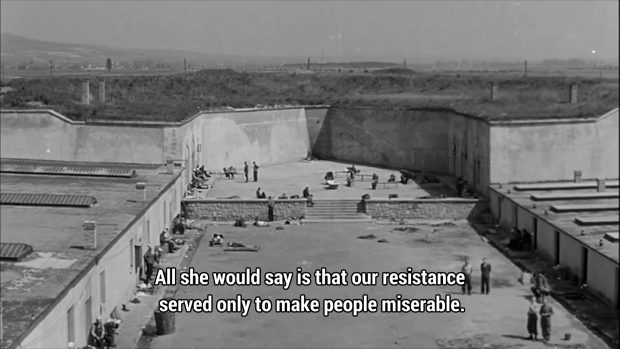 Although subtitling the interviews and translating the sizeable integrated encyclopedia in readiness for the English language release must have been a mammoth task there's no sign of corner or cost-cutting in the texts. Production values throughout the game are high, the only slips I noticed being a single typo, a questionable translation of the word 'marmeláda', and some library footage of Soviet armour and aircraft carelessly used to illustrate a section about Operation Overlord.

If you buy your PC playthings by the yard this £7-until-November-7 release may seem expensive (I uncovered Jindřich's war story in around three hours). However, assay Attentat 1942 the way you'd assay a novella or movie, and the brevity shouldn't rankle. Generations of weapon and combat-obsessed computer games have scoured the surface of WW2. Rare treats like Attentat 1942 go deeper and linger in the memory because of it. 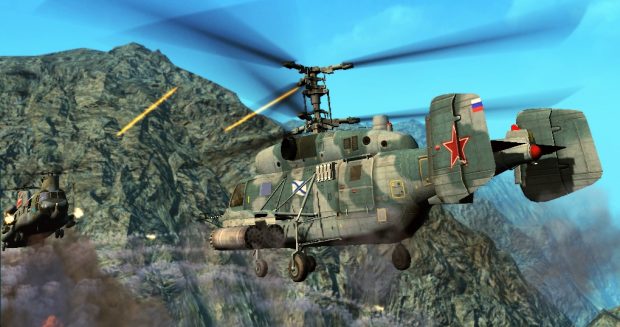 I struggle both physically and ideologically with Heliborne's helo-only dogfights. There's something preposterous about swirling chopper skirmishes and I'm not sure I'll ever acquire the necessary skills to accurately hose hurtling Hueys and helixing Helixes.

At the moment what draws me to JetCat's Early-Access-no-longer collective collective game is lummoxi like the Yak-24, the Sea Stallion, and the Flying Banana. Teams have no real hope of conquering the LZs that freckle maps unless someone decides to dawdle about in these unglamorous aerial ominibuses. When the Cobras, Hinds, and Apaches are busy tearing chunks out of each other over the frontline I'm usually to be found sneaking through valleys and gorges with a belly full of the soldiers necessary to seize victory nodes.

As the larger aerodynes tend to fly like wild turkeys rather than arctic terns, vigilance and timing are everything when you're operating them. Pick the wrong moment to quit your hiding place behind the ridge, descend, and deposit your vital cargo, and, chances are, you'll be plucked from the sky or trashed on the ground before you can say “Frank Robinson”. 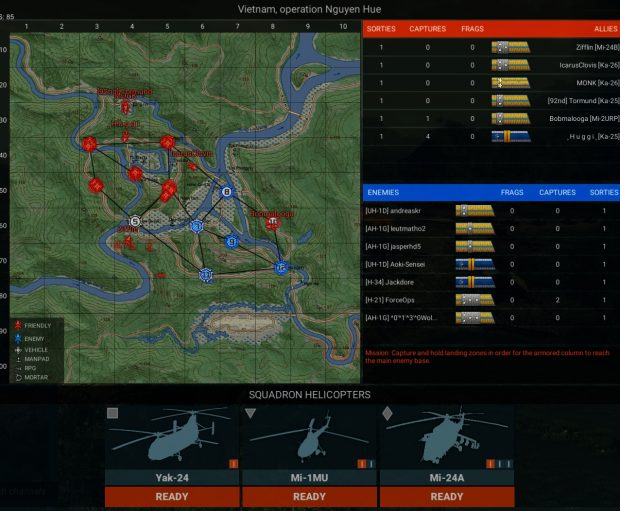 The dedicated transport pilot tends to earn most of their points through base captures but they can supplement this income by carrying specialist weapon teams along with the infantry. MANPAD and RPG teams deposited in promising spots will bring down enemy choppers and ravage the automated AFV convoys that gradually expand a team's tactical footprint. 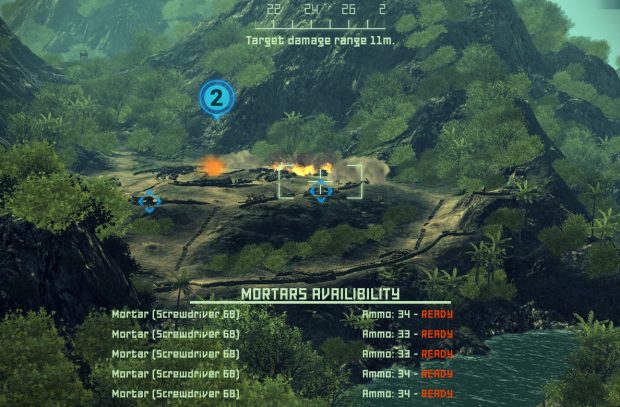 When I do fancy a spin in something nippy I tend to reach for a scout helo. The game's spotting mechanic is a little clumsy (scout choppers don't automatically relay intel to comrades. You must press a key and wait) but I adore the mortar spotters that most light helos carry. Those mortar teams deployed by transports like the Horse and hybrid gunships like the Hind won't lift a finger unless a scout helo requests it. One of Heliborne's most satisfying experience is loitering unobtrusively within sight of an enemy LZ, your 'mortar this!' targeting cursor poised. If you time it right you can pummel a village or outpost while a hostile helo is on the ground disgorging troops. 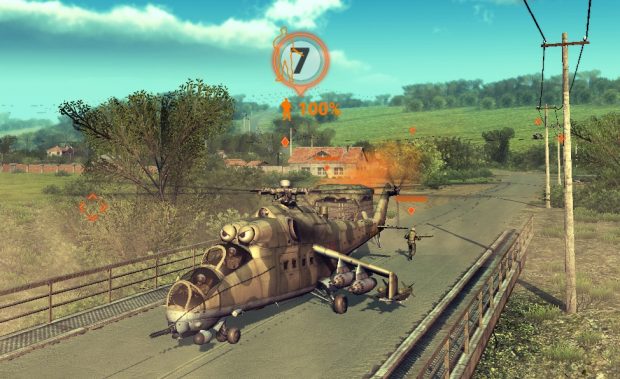 While the game boasts a dizzying array of rotary-winged warbirds (most of which you'll have to research with points earned in battles) it's a little map-poor at present and currently doesn't offer bots or a particularly interesting co-op experience. I think I'm right in saying players can pay to prettify their steeds but can't purchase performance boosts or enhanced ammo. 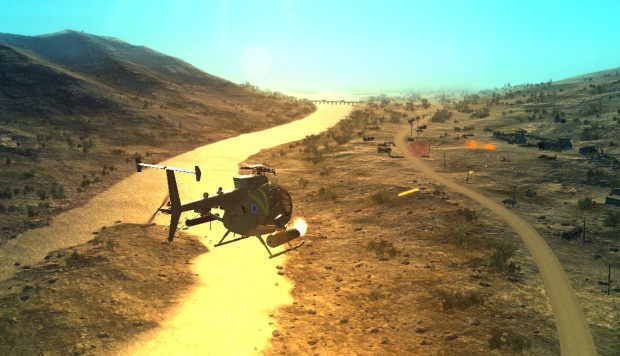 Although slightly harsher and less polished than the tanky, naval, and fixed wing titles which dominate its corner of the MMO market, Heliborne's novelty, immediacy, level playing field and mouse-friendly flight model should ensure it prospers. The frenetic/frustrating air-to-air combat is definitely an acquired taste, but as there are numerous other ways to contribute and enjoy yourself (I'll be talking about the pleasures of ground pounding in a future FP) that's no reason to abstain.

Now I understand that 'v'! 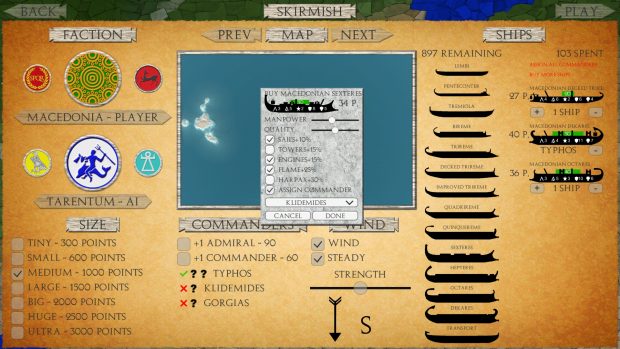 Released yesterday afternoon, I don't know yet whether Mare Nostrvm is superior to Qvadriga - or Mare Nostrum for that matter. My two initial skirmishes suggest turnbased ancient fleet fights won't be quite as compelling or colourful as turnbased chariot derbies, but it's very early days yet so don't take that to the bank.

By next Friday my disappointment at the rather bland visuals and dismay at the somewhat intimidating fleet sizes may well have been replaced by admiration for strong AI and gripping campaigns. Tvne in next week to find out whether Mare Nostrvm is a Mvst Bvy or a Mediterranean mediocrity.