You called a spaceship The Invincible? Rookie mistake, lads. That's just asking for a wreckage. Fortunately, retrofuturist space disasters make for bloody gorgeous videogames, the latest being a first-person thriller from new studio Starward Industries. Formed of folks with The Witcher, Cyberpunk, Dying Light and more, the devs are now shooting for an atompunk space horror with the dinkiest little moon-rover I've ever seen.

While there isn't a proper trailer, per se, the devs have released a 5-minute tease featuring some delightfully spooky sci-fi synths. Sit a minute and catch some vibes with me, yeah?

Old sci-fi is good sci-fi, I reckon. The only other game I can think of that's gunning for this same kind of "knackered old space-pulp cover art" is perhaps No Man's Sky, although the title card immediately evokes underrated dogfighter House Of The Dying Sun. But The Invincible has one particular pile of dusty old novels in mind over the others, those being the works of Krakow-born author Stanislaw Lem - in particular, his bleak hard sci-fi novel The Invincible.

“Lem centres on dynamics of humanity and societies in the future,” Starward's CEO Marek Markuszewski told The Gamer, in explaining their atompunk inspiration. “These visions, stretching hundreds of years into the future, are deeply rooted in science. [And] as time has shown, his logic and conclusions came to life.” 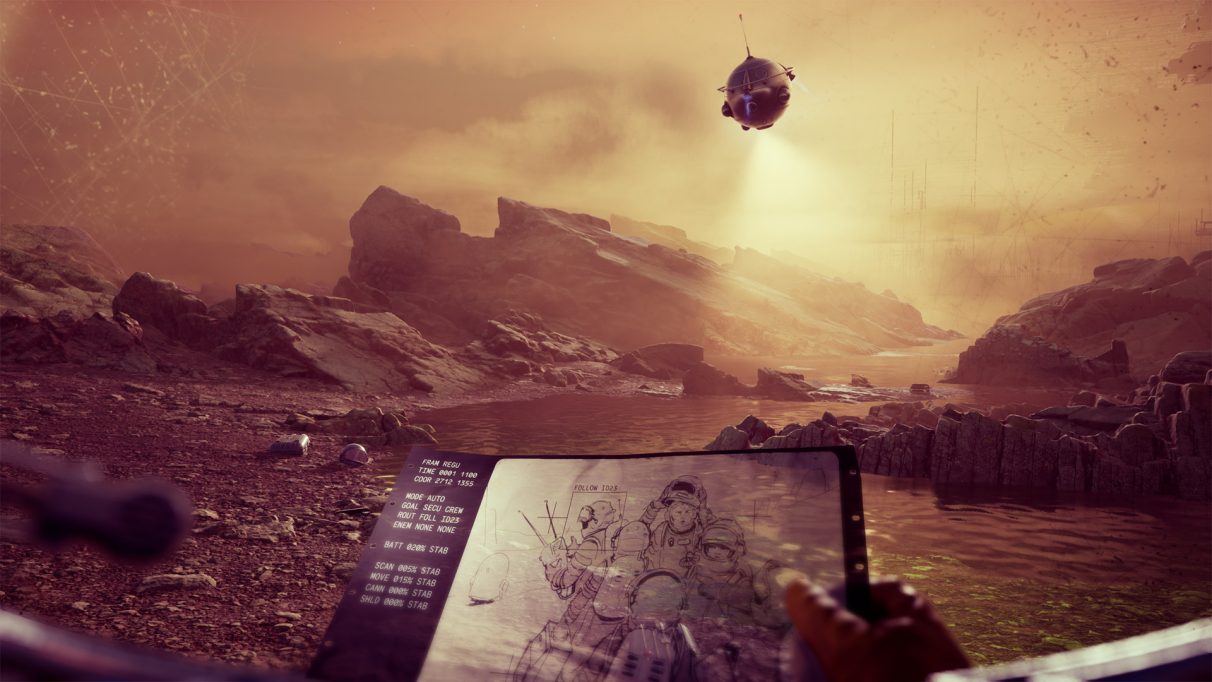 The Invincible hopes to explore and engage with Lem's particular brand of speculative fiction via a first-person adventure thriller. Stranded on a barren planet in the arse-end of space, you'll be looking for missing crew members with delightfully clunky retro-future tools, slowly unravelling a thread of terrifying secrets - nanomachines and artificial ecosystems playing a key role, should the book's plot be any indication. Personally, I'm obsessed with this dinky little astro-car, a Trabant 601 for the spacefaring era.

"The gameplay is quite diverse, including exploration, navigation, face to face discussions with NPCs, operating various equipment which is all analogue, solving clues, interacting with robots, piloting drones, crunching data, even driving vehicles,” Markuszewsk told PCGamesN, hinting at what to expect in play. "A large part of interaction will include radio comms, sometimes dense, even tense at times, often intimate, closely related to the unfolding events – in that way The Invincible can remind of Firewatch."

It's ambitious as hell, for sure. With talent from The Witcher amongst their ranks, Starward are hoping to strike lightning twice in bringing Polish literature into the games space. I'm already sold as hell of the vibes they're offering - let's just hope that they're delivered in service of a proper good game.

The Invincible is still a long way from release, mind. When it does land, it'll hit Steam alongside next-gen consoles.