Supergiant’s rougelike smash hit Hades has taken the world by storm since coming out of early access in September. Unlike a lot of games, fans seem to be in total agreement on all of the game’s main talking points. For example, we all agree that Meg is hot. We also all agree that Zagreus is hot. That Eurydice is hot. That pretty much everyone is hot. Most also agree that, hot or not, Theseus is the worst.

They are all wrong: Theseus is actually the best.

Look, I believe in Megaera supremacy as much as anyone else, but I cannot stand by while you blackguards slander Theseus any longer. Much like Asterius the Minotaur, I have taken it upon myself to defend Theseus. He’s the most interesting, funny, and entertaining character in the game, and his importance has been vastly underestimated.

The thing is, "the worst character in the game" is a crucial role, giving players a lightning rod for their frustration - a common enemy to unite around, if you will. Being the worst is far more memorable and interesting than being middle of the road, too, and it’s through being the worst that Theseus becomes the most interesting character of all. While all the other NPCs offer up little slivers of backstory each time you meet them, their true nature only revealed after ten or fifty or even a hundred runs, Theseus is exactly who he is right from the start.

Like the lone shade who supports Zagreus in this boss battle, it’s lonely in the Theseus fan club.

Brilliantly played by Cyrus Nemati, Theseus channels Zapp Brannigan, William Shatner, and Zlatan Ibrahimovic. Theseus has no subtlety, no bigger picture, no internal mystery to solve. He’s just a bit of an arsehole.

If Hades has a flaw, it’s that, compared to the combat, the story can feel boring what with everyone helping you out all the time. The gods are all working with you, the enemies are faceless, storyless entities, and none of the bosses you come up against actually resent you. With Megaera and Hades, it’s much more personal and complicated, Alecto and Tisiphone don’t get fleshed out enough to have a motivation at all, you don’t fight Cerberus as much as distract him, and then Bone Hydra is a really thin snake who screams fire at you. None of them resent you - but Theseus does. And so none of them are as satisfying to beat, and none of them sting quite as badly if you fall to them, as the ultimate bully boy. 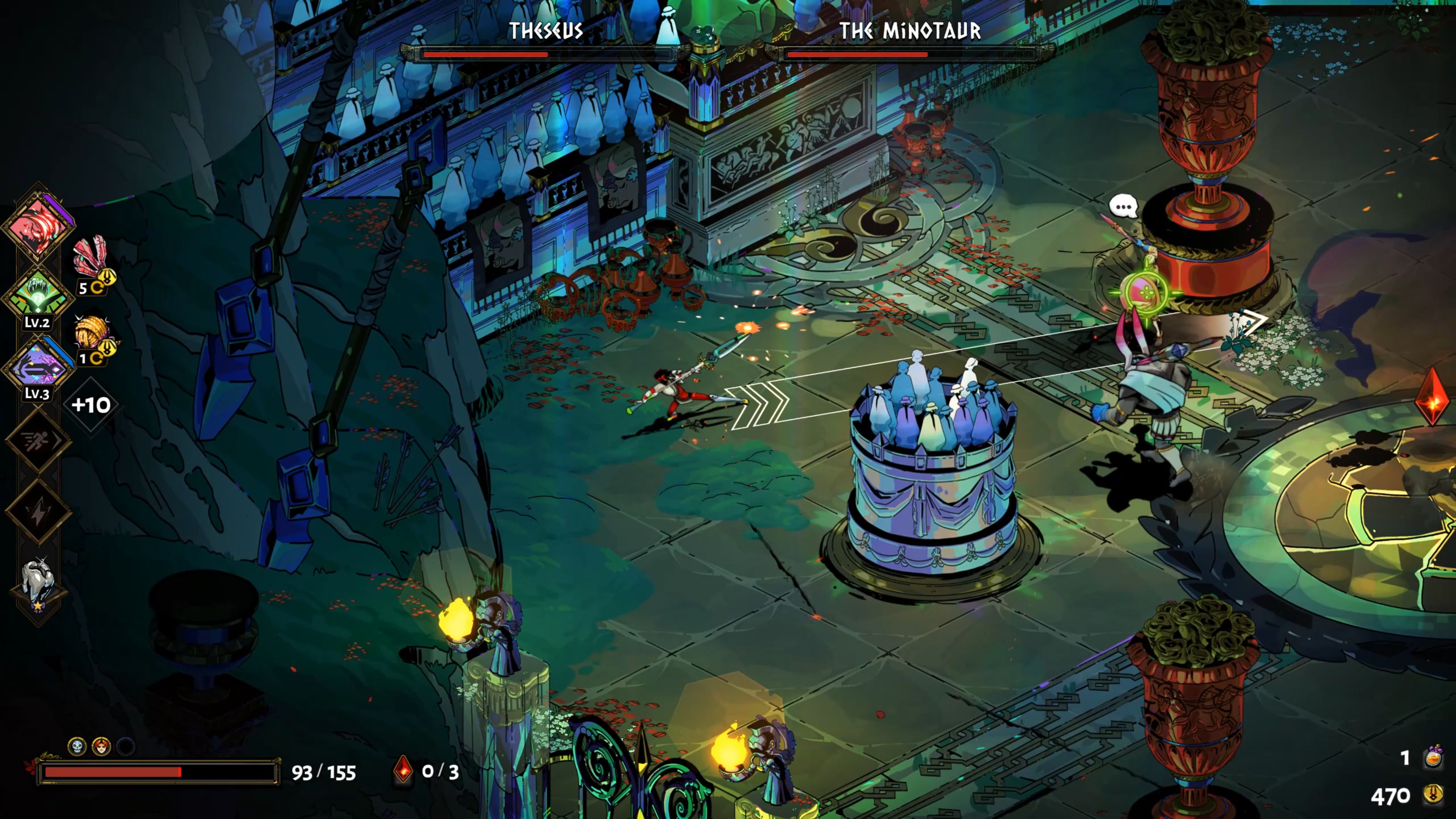 If the Bone Hydra beats you, you know it’s because it's a remorseless creature that lives only to kill. If Hades beats you, it’s because he’s personally invested in ending your escape. The furies are just doing their jobs, really. But Theseus? He doesn't have a reason to fight you apart from downright disdain. He beats you because he can. Because he wants you to know he's better than you. And he's really smug about it, even though he has to fight you with a friend to even stand a chance!

Like the lone shade who supports Zagreus in this boss battle, it’s lonely in the Theseus fan club. But even as you all throw him in the bottom slot of your Hades tier list - often with the rest at the top to make a point - you know there are other characters you’d cut before him. Hating him is just too fun.

Theseus is a vital part of the Hades experience, an underappreciated counterbalance to how much you enjoy the rest of the game. Be honest: you only think he's the worst because he doesn’t let Zagreus have his own way, and as someone who doesn’t really like Zagreus and the posh way he says "mate", that only makes me love Theseus all the more.