Hell of a racket behind door 12 of our Advent Calendar. Sounds like an entire building is being destroyed - but not wantonly. With a very intense purpose, in fact.

Alice0: Smashing stuff is cool, video games know, but it's rarely practical. Years of research and development have gone into making piles of clutter fall over and explode in slightly fancier ways. Teardown has cool destruction, no doubt, but it's far from gratuitous. While we can smash windows, sledgehammer walls, bulldoze houses, and set so much on fire in its destructible voxel world - and we certainly will - it's a meticulous process too.

Each level, we have to steal some stuff. When we grab the first item, it'll trigger an alarm and call the cops. Sixty seconds to grab everything and get out. That's impossible by regular means when the loot is scattered across a whole level. So: we have to reshape the level to fit our needs. Smash holes in walls. Knock down pipes to form ramps. Line up a chain of car-to-boat-to-car to cross water quickly. Artfully arrange chain reactions. 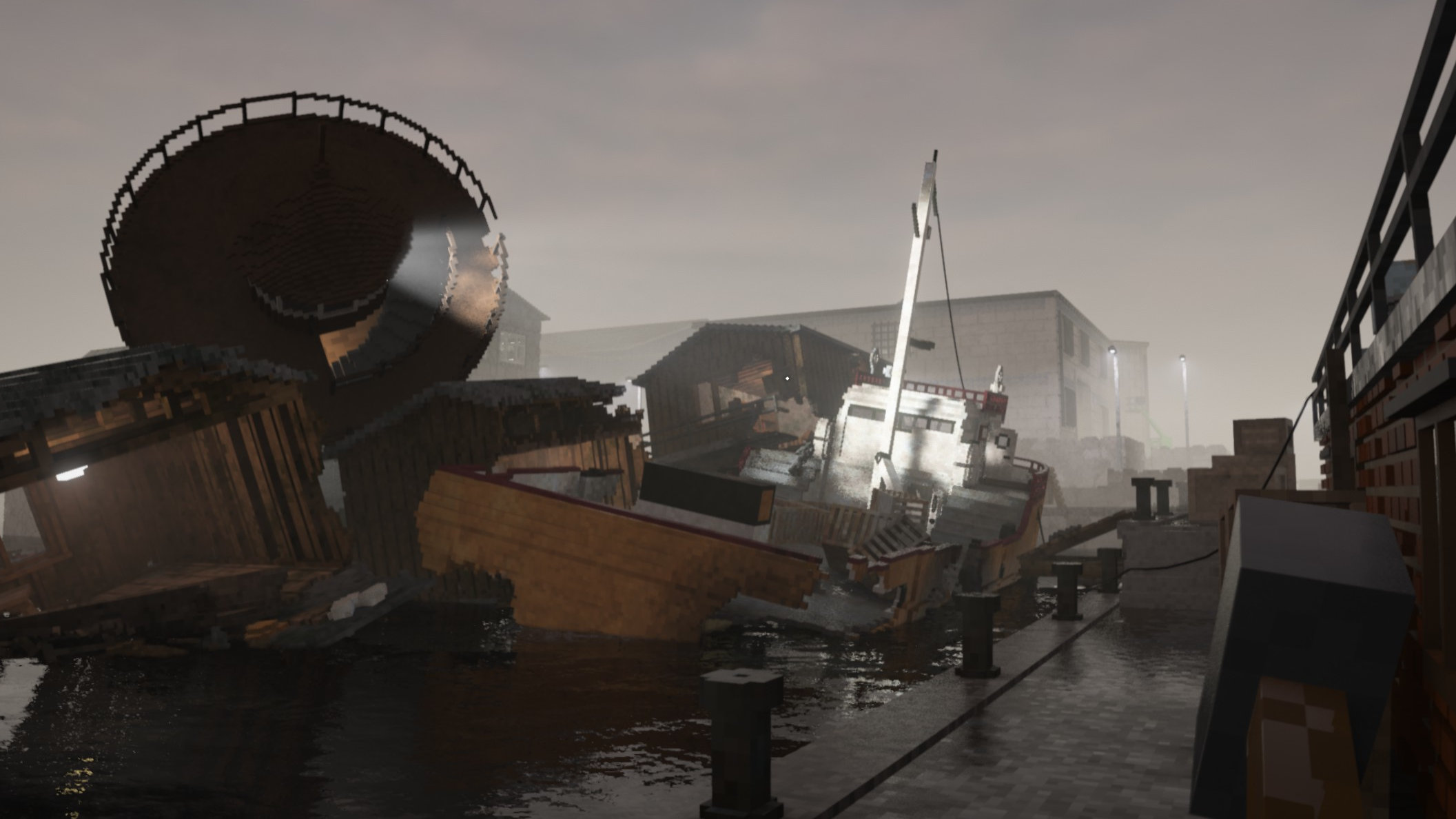 When we enter a level, it's a recognisable location with a clear purpose. As I formulate my plan, I start cold dissecting it, coming to see homes and factories as abstract series of obstacles and opportunities to avoid and reshape. It's great fun, too. Like in Zachtronics games, you might solve a level in a way you can't help but find... inelegant. Something about that escape doesn't quite sit right with you. You can do better. So back you go, tweaking, refining, and occasionally finding grand new opportunities that massively reshape your escape. You might have no respect for property, but you certainly develop pride in your craft.

It has been a wonderful surprise to see Teardown go from being cool tech demo clips and GIFs on Twitter to, like, an actual proper game, that's actually properly good. With perhaps a year left in early access, I'm very excited for the game it might yet become.

Graham: Alice0 touched on this at the end, but it's so rare for games based on new technology to find a game to pair it with. This technology, in fact, has been present in some form in other games, and it's always been a gimmick. 'Hey, here's a third-person action game, but you can smash stuff.' I'd smash stuff a bit, think "Wow, cool", and then fifteen minutes later have lost interest.

Meanwhile, the freedom afforded by Teardown's destruction has kept me on missions for hours, tweaking and testing and forging new plans, then recording clips and comparing them with friends. Driving games never make me want to optimise my racing line, but no Forza ever put a sledgehammer and some dynamite in my hands.