Sundays are for getting home from a swim in the sea to discover young Matt is on holiday and nobody has nipped down the shops to get the papers in. Ah. Well. All the big'uns are gone so let's see what I can rustle up from the magazine rack, a bit shorter and less gamesier than usual.

A ROM of prototype Atari arcade game Akka Arrh has appeared online, Ars Technica report. It had been known to exist inside only three arcade cabinets and was valued highly by collectors as a rare game that hadn't been 'dumped' to play in emulators, so who'd even share it? Was it a heist in the name of posterity?

"That alone would have been notable news in the world of gaming history—the Dumping Union suggested as much by titling their forum announcement 'Sit down on the toilet before reading this or else you will shit your pants.' But the story might require another round of toilet sitting, because what started as a rare-game reveal has turned into a credible 'heist' tale, perpetrated by an alleged MAME vigilante, no less."

Ka Bradley on The Stage (free login required) played an escape room at London's Royal Court Theatre which was intended to have escapees "interrogate the established power structures in theatre" but, uh, unsurprisingly ended up demonstrating them.

"Escape rooms are fundamentally games. It is possible to win them (by getting out on time) or lose them (by not getting out). Dismantle This Room is a witty deconstruction of this format – you can't 'win' structural inequality by gaming it – as well as a trust exercise: given that most of the participants are strangers, how can they work together to solve the puzzles?"

This week's DVD included free with The Synthday Times, along with a Zip disk of Phil Collins bootleg MP3s and a voucher for £1 off any pizza crunch supper at Cafe Piccante, is Microsoft's GDC talk about the making of their excellent Xbox Adaptive Controller.

Over in the Arts section, here's a note that photographer Michael Wolf died this week. He leaves behind a body of work with fascinating looks at life in cities and particularly in Hong Kong. Rooftops, shadows, vast blocks, and peeks at life through windows. I've often wished for future games to capture some of what he did. Here, this one's from Architecture of Density: 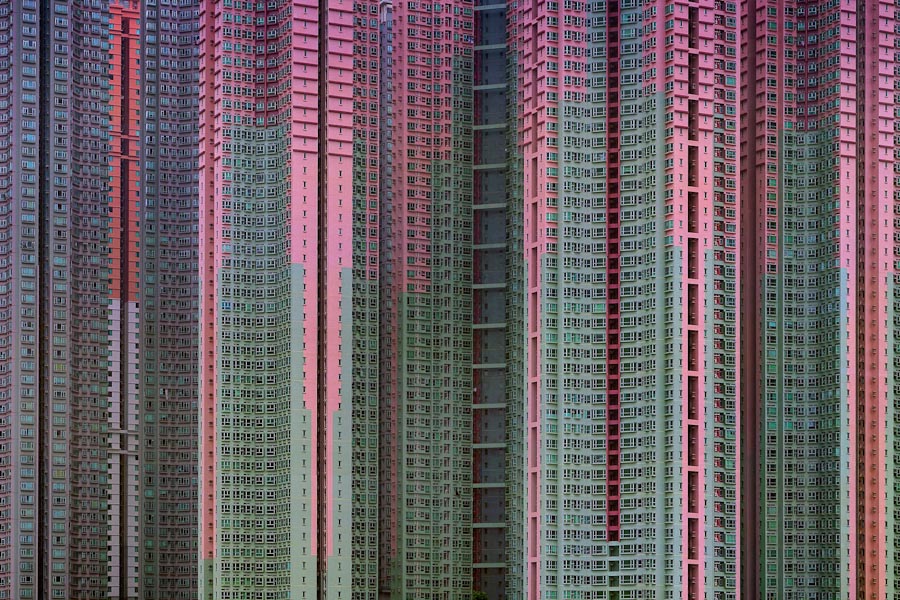 In the Dystopian Business supplement, The Verge reports on Amazon's hellwarehouses and the automated systems not only tracking workers struggling with the punishing pace demanded (as we've known for years) but even firing people automatically. Amazon can't replace warehouse pickers with robots, not yet, but they can use robots to fire people.

"The documents also show a deeply automated tracking and termination process. 'Amazon's system tracks the rates of each individual associate's productivity,” according to the letter, 'and automatically generates any warnings or terminations regarding quality or productivity without input from supervisors.' (Amazon says supervisors are able to override the process.)"

"'Creating an artificial crater with an impactor and observing it in detail afterwards is a world-first attempt,' Tsuda said.

Music this week is ESG.