I have never enjoyed the actual act of moving out. All that packing and organising and cleaning, then the unpacking, ugh. Thankfully, Moving Out doesn't make you do any of the rubbish real life stuff - instead you run around as a wobbly little removal person throwing boxes and tables into your truck, without a care in the world about breaking some doors down or launching valuables into a pool.

I played Moving Out at EGX last year, and it's absolute mayhem - and you'll be able to experience it all for yourself when it comes out on April 28th.

The sheer chaos of the teamwork you have to do in this game reminds me a lot of Overcooked. You can jump in with up to four players in local co-op (or on your lonesome if you prefer) to help the residents of the town of Packmore move from their lovely (or destroyed, when you're through with it) homes.

There was one level I played where myself and the other movers had to get a sofa and some chairs past a haunted piano that would eat us if we got too close. We threw the furniture out of the window (duh, we were on a tight schedule) to quickly bypass the possessed instrument, only to fall straight into a ghost who was patrolling below. It was great.

Ah I found a screenshot of the level! These people seem to be doing a better job of escaping the ghost than I did. 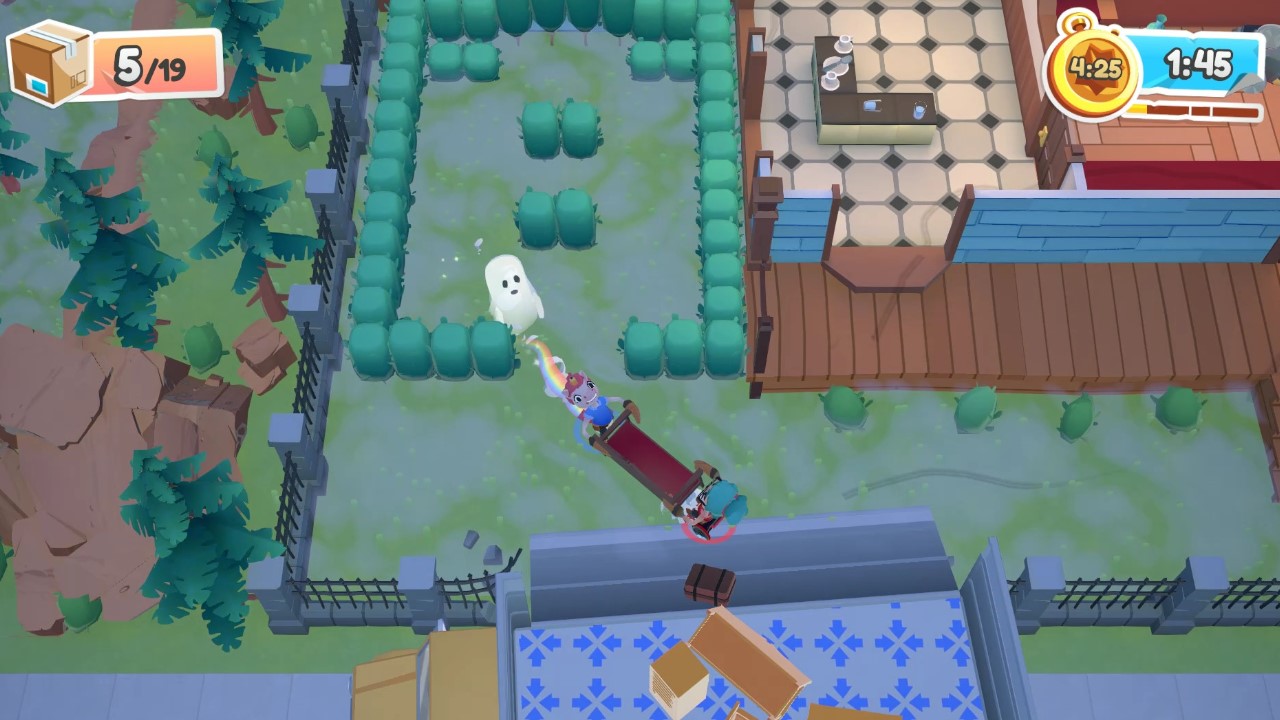 The game has a bunch of accessibility features like "increased time limits, dyslexia-friendly text, keyboard rebinding on PC, the ability to skip levels and a sliding scale for the user interface size." And the devs have included lots of character customisation options too, "from hijabs to glasses and wheelchairs, players are able to truly live out their furniture removal dreams in a style that perfectly represents them."

Moving Out launches on April 28th via Steam, as well as on PS4, Xbox One, and Nintendo Switch.

If you're after some more couch co-op party madness to tide you over, Overcooked 2 (also published by Team17) got a Lunar New Year update the other week with all new levels and recipes to try out.

For those of you who'd enjoy a more chilled out moving home situation, Packing Up the Rest of Your Stuff on the Last Day at Your Old Apartment on Itch might be more your style. Or you could take a look at Unpacking, a puzzle game about finding spaces for all your things in a new home.