Overcooked 2 today launched its free Spring Festival update, inviting us to celebrate the Year of the Rat by cooking up some yummy new dishes on some pretty new levels.

The Lunar New Year-themed content will have us exercising our culinary muscles in five new kitchens, dodging a Chinese dragon that looks like he accidentally wandered in from a local parade.

In Overcooked 2 you work alone or with up to four people in co-op to cook and serve food in increasingly chaotic kitchens. It's a great way to make and break friendships, and as Jay describes in her Overcooked 2 review, it's "fast-paced, hilarious, and just the right amount of stressful."

As well as new levels, this update is introducing new recipes too, allowing us to serve things like hot pots, dim sum and fruit platters to our patient customers.

This Lunar New Year we're celebrating the Year of the Rat, which is undoubtedly why one of the new playable characters is in fact, a rat. This is a bit weird to me because on some levels you have to deal with those annoying little rats that steal your food, and you have to kick them away to get your stuff back. Does the playable rat character do that? How messed up is that? They're probably his family, but in some strange Ratatouille-esque twist he's the one that's come out on top, kicking his brothers aside so he can make it big as a professional chef. 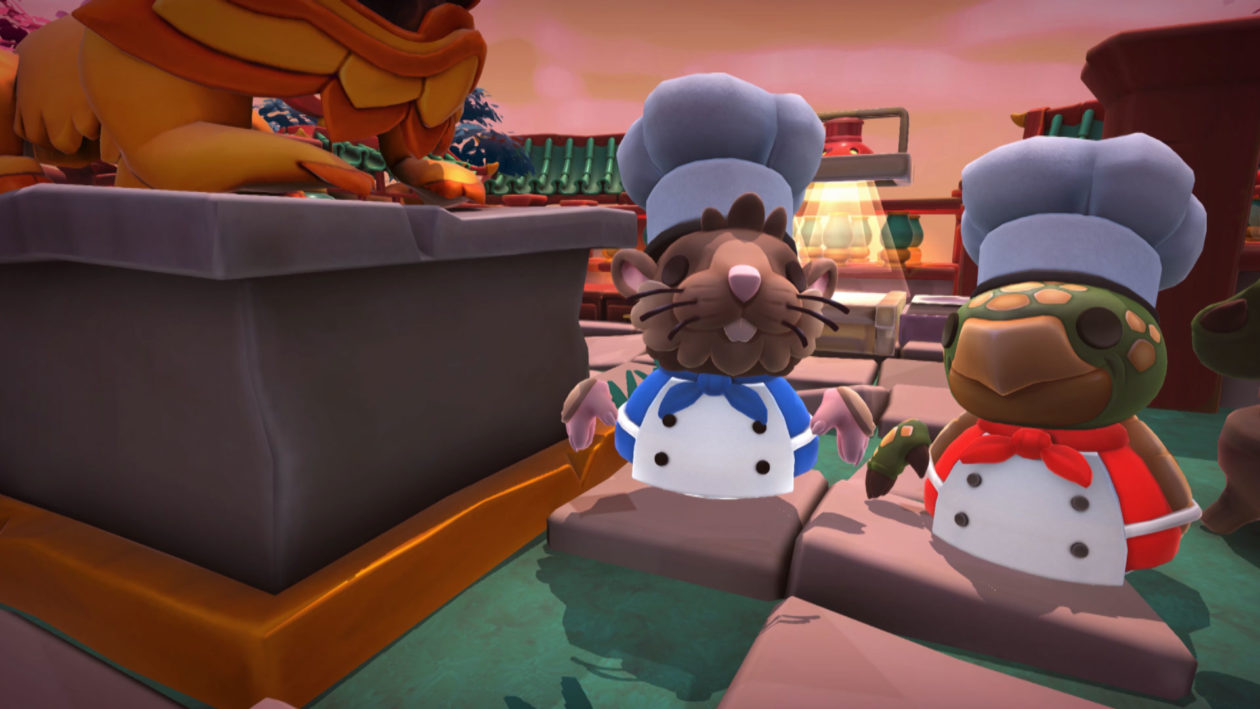 Anyway, there's another new character too that looks like a tortoise, or he could be a kappa, but I hope he's a tortoise because otherwise that's worse than the rat thing.

The Spring Festival update is completely free for Overcooked 2, which you can get on Steam, Nintendo Switch and PS4 right now. Overcooked 2 is also available on GOG, though the update seems to be arriving late to that store.