It’s always the cute ones that burn you alive with a flamethrower. I’ve been playing through the campaign of woodland animal strategy game Tooth and Tail [official site] for a few hours now and I keep getting killed by drunk squirrels and goggle-wearing boars. I’m enjoying the simplified controls and ratty pixel art but I've also noticed that, despite the developer’s claims of creating an accessible RTS for folks who only want to dip into the genre, it can be frustratingly difficult at times. These rodents with revolvers don’t hold back.

Tooth and Tail is “a popcorn RTS for veterans and newcomers alike,” according to developers Pocketwatch Games. I can see why they’ve gone with that line. It’s got a welcoming Redwall-esque skin (something Pip described as “revolutionary Farthing Wood” in our latest podcast). Building and controlling your army is far more straightforward than any Starcraft, Total War, or Command & Conquer. You just run around the map, clicking to bring your army along, or hitting spacebar to build unit-spouting warrens, defensive turrets, barbed wire or mines. You understand how to play within a single game. There are no tech trees, no research points, and only one resource – meat. Delicious meat. 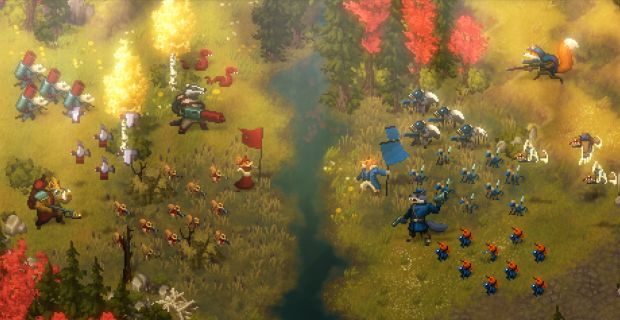 But under that simplicity and sleekness hides a viciousness. For a game that welcomes fluffy newcomers, it has some seriously stressful missions in the singleplayer campaign. One level sees you, rat leader of the commonfolk, trying to raise an army by stealing crates of enemy meat dotted around the map. There’s no way for you to build your own farm (the usual resource-generator) or to build new warrens to generate troops. A bad march can turn into an irrecoverable nosedive. Another level has you again collecting crates and building turrets to protect non-moving “merchants” from waves of incoming birds. It’s hectic and hard. 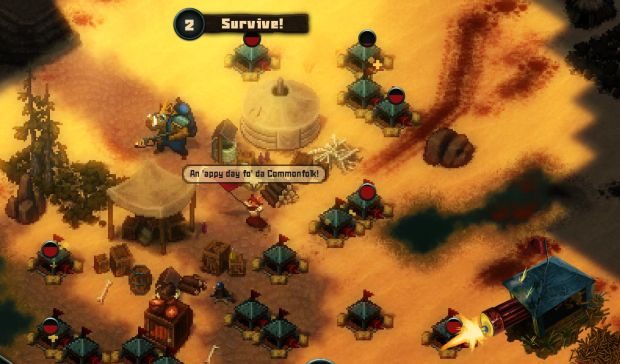 There are solutions to these. You can free prisoners to join your army and use water to heal your troops, for example. Or you can save meat for a sniper to take down aerial troops from afar. This feels like a very old-school approach to the RTS – framing campaign missions as puzzles to be solved with troops, money and positioning. But it still means an early wrong turn or bad skirmish can cripple you within the opening minutes. The maps are randomly generated too, so sometimes you can fail due to nothing more than unlucky cartography, for example if the game poops your undeveloped base out in close quarters to an enemy stronghold.

I’m still enjoying it, I should stress. I especially love the heavy-handed politics of the animals. Whole species are painted as greedy free marketeers, or militant democrats, or religious zealots. At one point, a squirrel says to a lizard: “I think our way helps everyone. We SHOULD eat the weak.” And although they disagree with each other on this, let’s say, controversial policy, they both still raise a toast. “To a capitalist democracy!” Can we learn something from these beasts? Probably not. 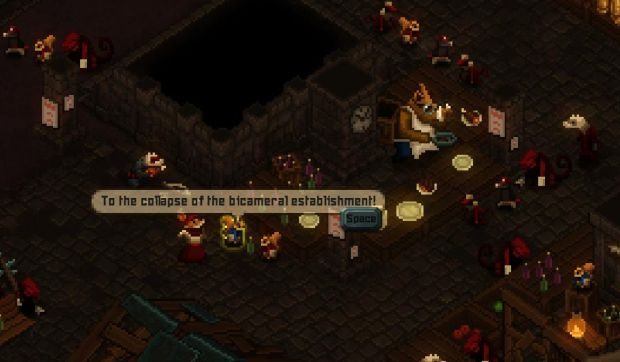 Yet that humour and warmth between missions just makes it more surprising when a mission knocks me on my backside. These aren’t difficulty spikes as much as they’re “difficulty bites”. A tough mission comes along and takes a chunk out of your enjoyment - not enough to ruin things, but enough to hurt. They can be overcome by throwing yourself at them repeatedly (a quick ‘restart level’ option would be welcome here) but that doesn’t lessen the sense that you’ve just had your mouse fingers chomped off by an AI weasel. Here’s hoping the difficulty smooths out, because I want to see what happens after the revolution, and discover why the pigs – the biggest source of meat in this world – are staying so calm about their fate, despite showing an unnerving intelligence...