Even before its recent public gameplay unveiling, Cyberpunk 2077 was the target of a very particular piece of criticism. Perhaps sparked by the transphobic joke made by the game's Twitter account, many online have been calling out 2077 for presenting yet another future that, despite its overt themes of transhumanism and body modification, falls strictly into the gender binary. Despite the gender diversity already prevalent in our own world and time, players in 2077 are asked to choose between a strictly male or female character. Many online have been saying that this is at odds with the very genre from which the game gets its name and ideas. “Cyberpunk shouldn't be cis!” is more or less the argument. This criticism has dogged the game for weeks now and will probably follow it all the way to release. Yet it doesn't quite ring true to me.

Before I get into the nitty gritty of my issues with what we've been shown of Cyberpunk 2077, AND much of the criticism surrounding it, I think it's important to dissect the word that seems all too important to both. “Cyberpunk”. The word itself was coined by Bruce Bethke for his novel of the same name, published in 1983. On the creation of the title, Bethke says “I was actively trying to invent a new term that grokked the juxtaposition of punk attitudes and high technology. My reasons for doing so were purely selfish and market-driven: I wanted to give my story a snappy, one-word title that editors would remember.” The novel itself features no body modification, no androids or artificial bodies. It's a story about hackers, even if the novel never calls them that.

But no one story can claim to found a genre, so what about the other pillars of cyberpunk? 1984's Neuromancer has to be mentioned, defining so much of what we consider essential to the genre. So, that explores issues of gender identity, right? Uh, no. Body modification features, but it's never used to much effect. The gender binary is very much intact in Neuromancer's vision of the future. Perhaps 1975’s The Long Tomorrow, the genre's visual foundation, provides this assumed transgender core? Again, no. It tells a hard boiled noir story in an elaborate sci-fi world but it's no more concerned with gender diversity than any of the works it influenced. The Ridley Scott classic Blade Runner, the anime titan Akira… they defined this genre, but not one of them is interested in presenting a future where gender identity exists as anything other than a binary. Instead the thing that binds these works is simply technology as an invasive force, sometimes a weapon of capitalism and sometimes a vehicle for personal escapism.

Later works absolutely use the genre's tropes to push cyberpunk in a more progressive direction, but it's important to recognise that they were pushing against what had come before. To pretend the genre was always progressive, that it always explored issues of race and gender, is to erase the efforts of many authors to bring cyberpunk to that place.

I'm not challenging the basis of this criticism to completely undermine it. I do agree with the argument that Cyberpunk 2077 is disappointingly old fashioned in its presentation and exploration of gender and identity. Founding these complaints on the basis that 2077 isn't cyberpunk enough, though, is only opening them up to easy retorts. Because the genre, overall, hasn't ever really been about that stuff. 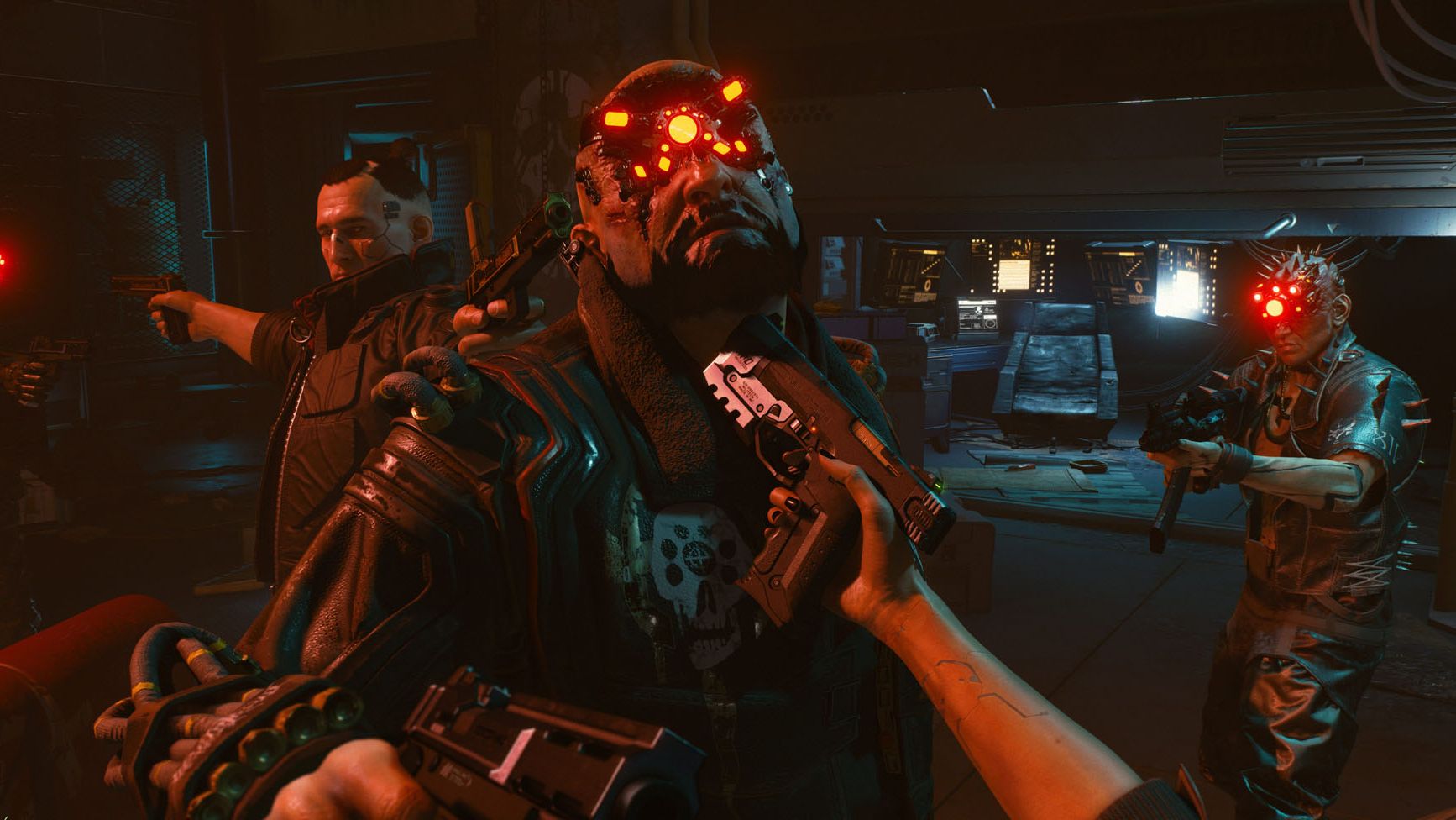 Cyberpunk 2077's failure isn't adhering to the imagined tenets of a sub-genre. Its failure is on its own terms, and it's one of imagination. The game's premise (and source material) is a banquet of science fiction ideas. Virtual reality, body modification, robots, megacities… derivative, maybe, but providing a wealth of potential stories and themes to explore. Yet Cyberpunk 2077, from what has been shown so far (and despite quest designer Patrick Mills describing the genre as "inherently political"), seems far more interested in the stylistic trappings of the genre it belongs to over the storytelling potential of its ideas. Everything is loud and brash. Golden cybernetic arms and jackets with neon collars, sports cars running on superfuel and thugs with robotic implants in their faces. It's all exquisite eye candy, but in the 48 minute demo shown there's no promising angles on what it means to be able to alter your body on a whim, what it might mean to have corporations literally own you, or what the consequences are for a society able to transcend its biological limits.

These are all well trodden roads in science fiction, but the fact Cyberpunk 2077 isn't putting that foot forward to start with raises some concern. Not least of all because CD Projekt Red's last title, The Witcher 3, was full of subversive stories that used fantasy tropes as a means to explore issues of war, class and even domestic abuse. Cyberpunk 2077 has a lot to prove following on from Geralt’s adventure, but what they've shown, whilst a technical marvel, is lacklustre in the areas that made the The Witcher 3 truly transcendent. Failing to blaze a trail in the AAA world by offering a gender diverse one to play in is simply one of many avenues 2077 doesn't seem interested in exploring. Even if it's one of the avenues that is much more relevant to the world we live in now.

There are a few games that have managed to pave the way in this regard. Games like Pyre and Battletech don't offer a rich exploration of gender, but they do present worlds more diverse than the norm, and the way they do so is simple. At the start of each game you're able to assign pronouns to the player character. He, she or they. It's simple, but creates a huge range of roleplaying for players that most games don't. Couldn't Cyberpunk 2077, with its androgynous name for the player character, V, work the same way? Let this name act in place of pronouns and let players define in their own minds the gender identity of their character?

Of course, we can't not mention the Saint's Row series. It really is laughable that this 10 year old game still offers the best AAA character creator in terms of gender diversity. While it still asks players to lock into male or female, it lets them mix any and all characteristics available. This seems like something 2077 could have gone for that would have really played into the themes of its world. Let's hope its character creator is far deeper than what they've shown.

Then there's The Red Strings Club, which portrays an incredibly gender diverse but still very cyberpunk future. More than that, though, is that exploring identity is at the heart of the game, and gender is one aspect of that The Red Strings Club spends plenty of time with. 2077 probably isn't aiming for anything as bold as that but honestly, it'll be a little sad if it's not even in the same league.

So yes, 2077 doesn't seem to be making the most of its premise, and there's plenty of criticisms to make on that front. Attaching them to some non-existent version of the cyberpunk genre, though, leaves them open to be easily disproved, and limits the scope of the criticism. Because while it does make sense in Cyberpunk 2077’s case, I do wonder why we're laser focused on one game when this is an issue throughout our whole medium. Why are our character creators still so limited? Why do other games with similar themes and worlds also fail to explore the nuances of transhumanism? Cyberpunk 2077 deserves this scepticism, and we'll have to wait for the final release to see whether it truly fails to deliver, but we shouldn't let this criticism live or die on the execution of one game. Let's think bigger.