PSA update: Toby Fox has warned that the uninstaller may delete more than intended, so just delete it manually instead of uninstalling once you're done.

"FOR PUBLIC SAFETY, YOU ARE ADVISED TO REFRAIN FROM DISCUSSION OF THE PROGRAM FOR 24 HOURS," Undertale creator Toby Fox says about his mysterious new... thing. I wouldn't want to broadcast hazardous information willy-nilly, so I'll refrain from that and simply say that the new thing seems to be named Deltarune and Fox wants you to download and run a... thing. It's a survey, he says. For those willing to take their lives in their hands and read dangerous information, I'll explain more.

The mysterious program seems to be a playable teaser section for Fox's next RPG, which stars some familiar Undertale characters and continues that Undertale-y 'make love not war' vibe. The playable bit focuses on two mismatched students who fall into another world, meet a prince, and need to embark upon a grand quest to restore balance and all that. I'm digging it so far, and like the party dynamic. And it's definitely nowt to do with Zelda and the Triforce, okay. 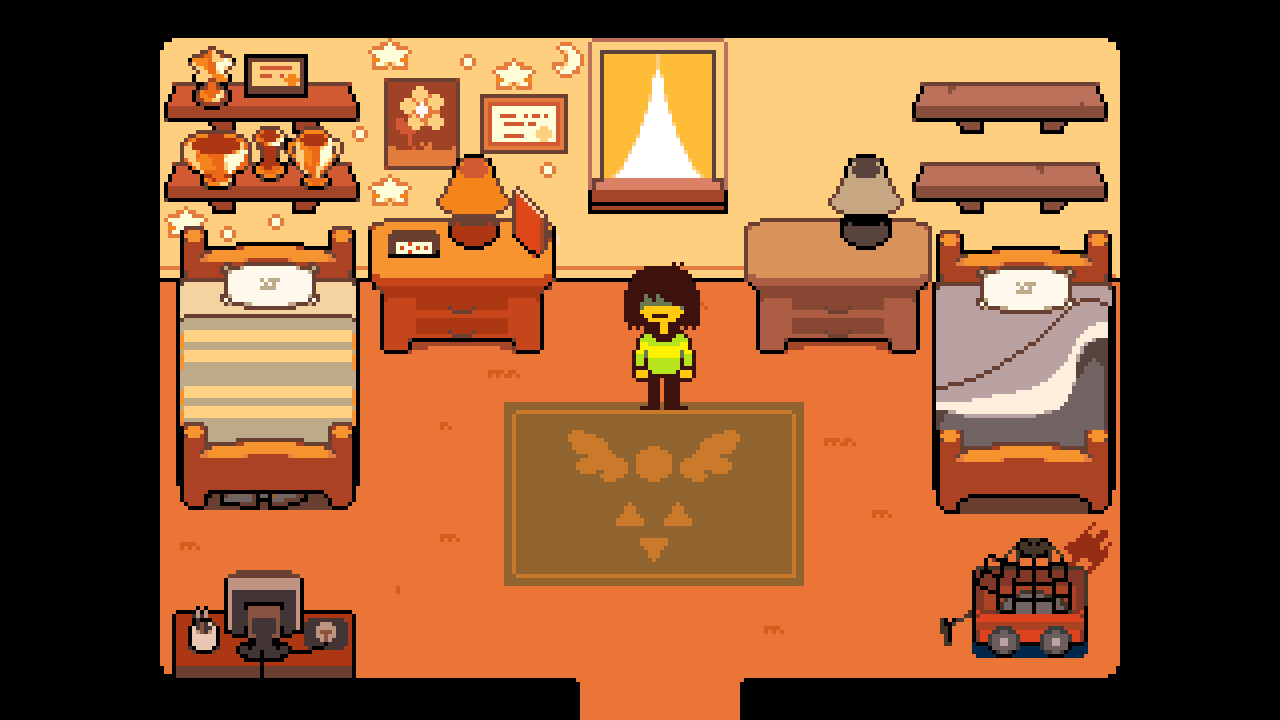 It's big. Really big for something presented as a survey. I've played 45 minutes so far and there's still more. Maybe this is a whole game? Won't I look foolish. Fox released an Undertale "demo" containing the game's opening chapter two years before the full launch, so perhaps that's what's going on here. I suspect we'll hear more after a day. Or once I've finished this dang thing.

If you don't know what all this is about, do see our Undertale review and our former Adam (RPS in peace) chatting with himself about its appeal.

You can download the Deltarune... thing from Deltarune's site for Windows and Mac. On Windows, you'll likely need to click through some warnings to get it in:

I know a lot of people will have trouble with Windows Defender so I made a brief guide to help you. pic.twitter.com/qQStDfcMiI

But god, don't use the uninstaller: