Utomik! Sounds like a stiff drink, but no. Utomik is a subscription-based games service that launched yesterday, angling to be ‘Netflix for games’ (sound familiar?) It’s currently offering a library of approximately 750 games for either $7 or $10 per month, depending on whether you want to share the account with your little sister or not. I signed up and took a stroll through its library, fingering a few tomes here and there. And while it was fast and performed well, there wasn’t a lot I wanted to play. It’s less Netflix for games and more “Spotify for older games you already own or don’t want”.

I played a bit of Metro 2033: Last Light, which needed to download 1.41 GB before I could get playing. With a decent connection this was speedy enough, and the game itself ran well. I shot some mutos, meandered through my Russian hovel, and set some cobwebs on fire. It’s still a good shooter. When I checked again, peeping into the Utomik client, the game had downloaded over 5 GB, so for bigger games space remains an issue, even if it is a reduced one. 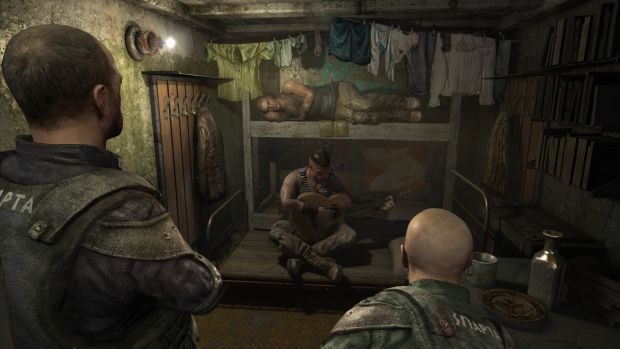 But when I emerge from the mutant-infested subway tunnels and look for other games, it’s clear that the line-up is underwhelming. The big hitters include the Batman Arkham games, Borderlands the first, Saints Row IV, and any amount of both LEGO and Star Wars. Beyond these it’s a sparser plate than it first looks.

Some genres fare worse than others. Racing fans are out of luck, unless they want to play... *squints at notes*... Death Track Resurrection. The Survival “channel” doesn’t house a single game I’d classify as a traditional tree puncher, instead clamouring together games like Dead Island: Riptide, Shelters 1 and 2, and The Flame in the Flood. The Platformer channel is an especially disappointing menu, with the noughties Prince of Persia games picking up the slack and Sonic 4 cursing the top row with its presence, twice. It’s a good-looking, well-constructed set of menus, but aside from these highlights and a few other decent oldies, it's like having a subscription to a bargain bin.

I play a couple more games anyway. Crazy Taxi wouldn’t run in full-screen (probably a result of its age rather than a limit imposed by Utomik) but it did fill my nostrils with stimulating nostalgia. Star Wars: The Force Unleashed II had some pop-in during cinematics, but this might have been present in the original - it’s been that long since I played it (sidenote: it’s still fun to telepathically lift a Stormtrooper and see them grab onto their friend for help, only for both troopers to be hoisted, twisting and squirming into the sky). 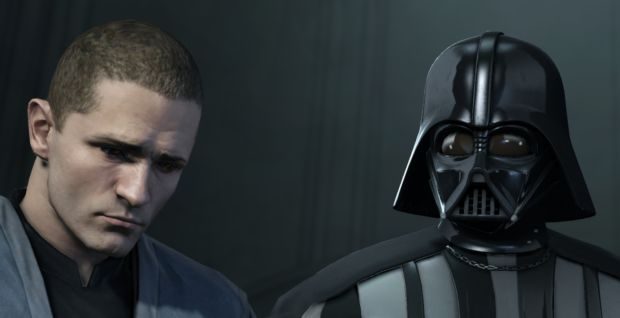 But I’m doubtful the subscription is worth these isolated moments of remembrance. Comparing it to Netflix doesn’t help. "We are proud to be an integral part in bringing the Netflix and Spotify model to the world of video games," they say in their press release. But Netflix is instant, it doesn’t take up space on your hard drive, and it is packed to the point of paralysis with things you’d want to watch. It also runs on absolutely anything, from trashy laptop to flashy iThing to a clever clogs television. Utomik is fast and slick, but it is no Netflix.

There’s also the lingering question of whether it’ll catch on, attracting more publishers. Lest we forget, very similar companies have bumbled down this same road. Even now, OnePlay does the same thing for a slightly higher price and slightly larger library of games. OnLive came and went, as did GameTap. PlayStation Now lets you pay monthly to pretend you own a PlayStation, provided you have the internet speed to do so. And there was also Metaboli, Dominic reminds me (joke’s on him, I’ve never heard of it). In other words, the Netflix of gaming seems like a Holy Grail, or at the most optimistic, a Richard III skeleton buried somewhere in an unknown car park. 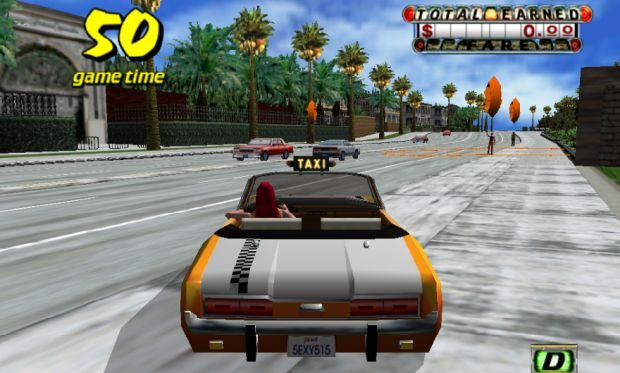 Utomik looks the part. It’s got a nice font. Importantly, it functions smoothly from what I played. But in a world of Steam sales, free weekends, and GOG back catalogues, I wouldn’t pay 7-10 dollars a month to sift through a pile of exhausted game worlds. The company are promising 20+ games a month from now on, with IO Interactive signed up to provide some Hitman games (although they don’t say which ones). Likewise, other future additions are unknown. You could get Dark Souls, or you could get another Death Track Resurrection.

There’s a 14-day trial, if you are interested in seeing for yourself, although it is one of those free trials that requires your credit card details, with the onus on you not to forget and end up staying subscribed out of sheer laziness. But to be fair to Utomik, they make it very easy to cancel. I did it here.