Information on that other Vampire the Masquerade game, Vampire: The Masquerade - Coteries of New York, is running down the neck of RPS, beckoning you in to suck on the lifeblood, to become one with the master of death, to give over and be what he wants, what he needs… [Hi, Craig’s doctor, here. Craig got a bit too deep into this and we’ve put him in a dark room to rest. Here’s some new info and screens on Draw Distance’s upcoming vampire RPG.]

I'm better now, I promise! So far it looks like it’s a text-based story game to introduce you to the world of Vampire. You’re a fledgeling neck-gnawer in New York. You’ll learn what it takes to be a vamp in the world’s busiest city, one that’s home to two warring vampire clans, the Camarilla and the Anarchs. As an authoritarian Carmarilla, you wander through the hidden vamp world, trying to engage and understand the more independent Anarchs. It’s up to you to recruit your own Coterie and keep them keen. 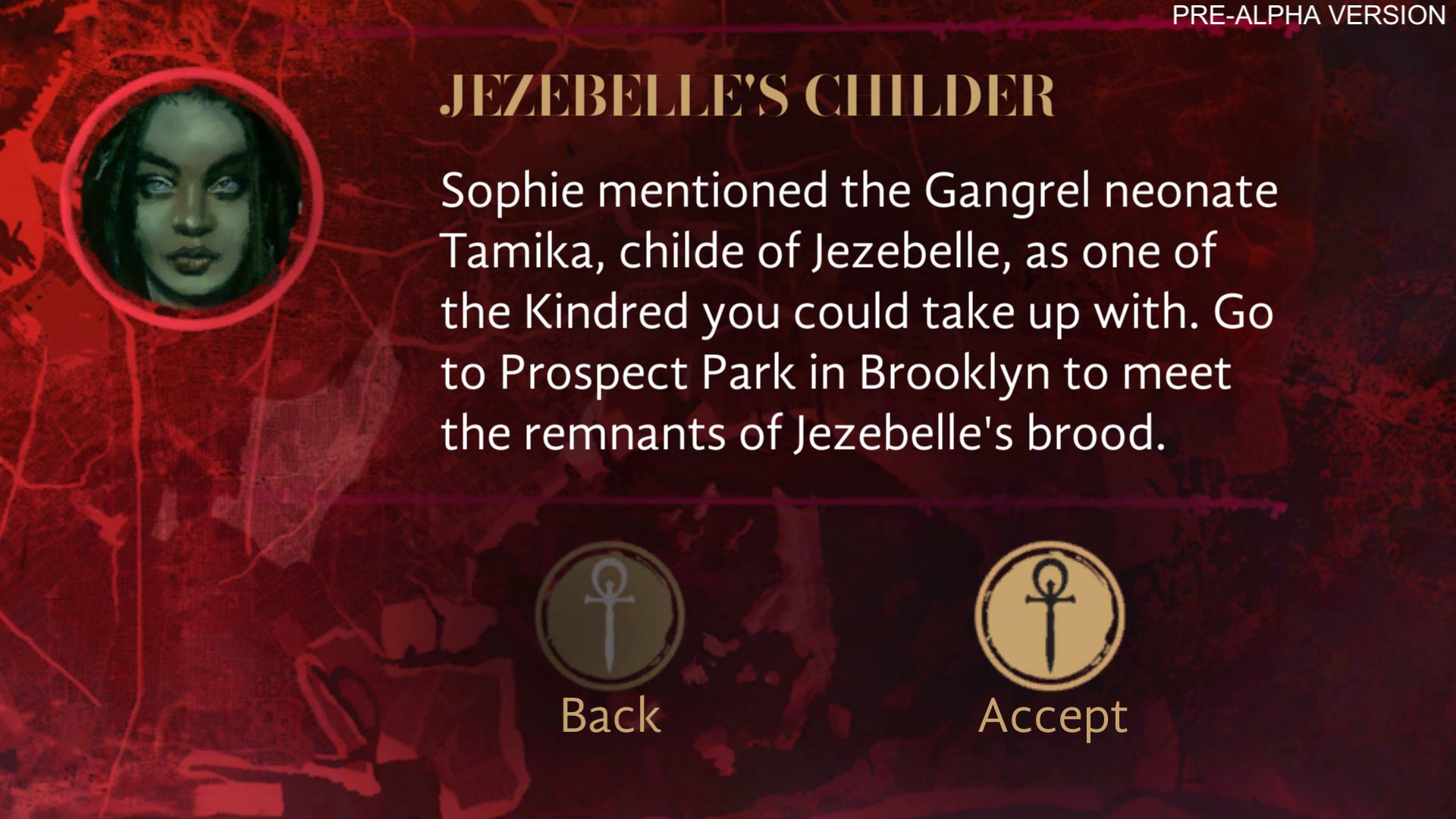 Choices are plucked from the text, and the game’s plot curls around your own decisions and powers, letting you choose to charm, sneak, intimidate, or outright kill people you’re dealing with. 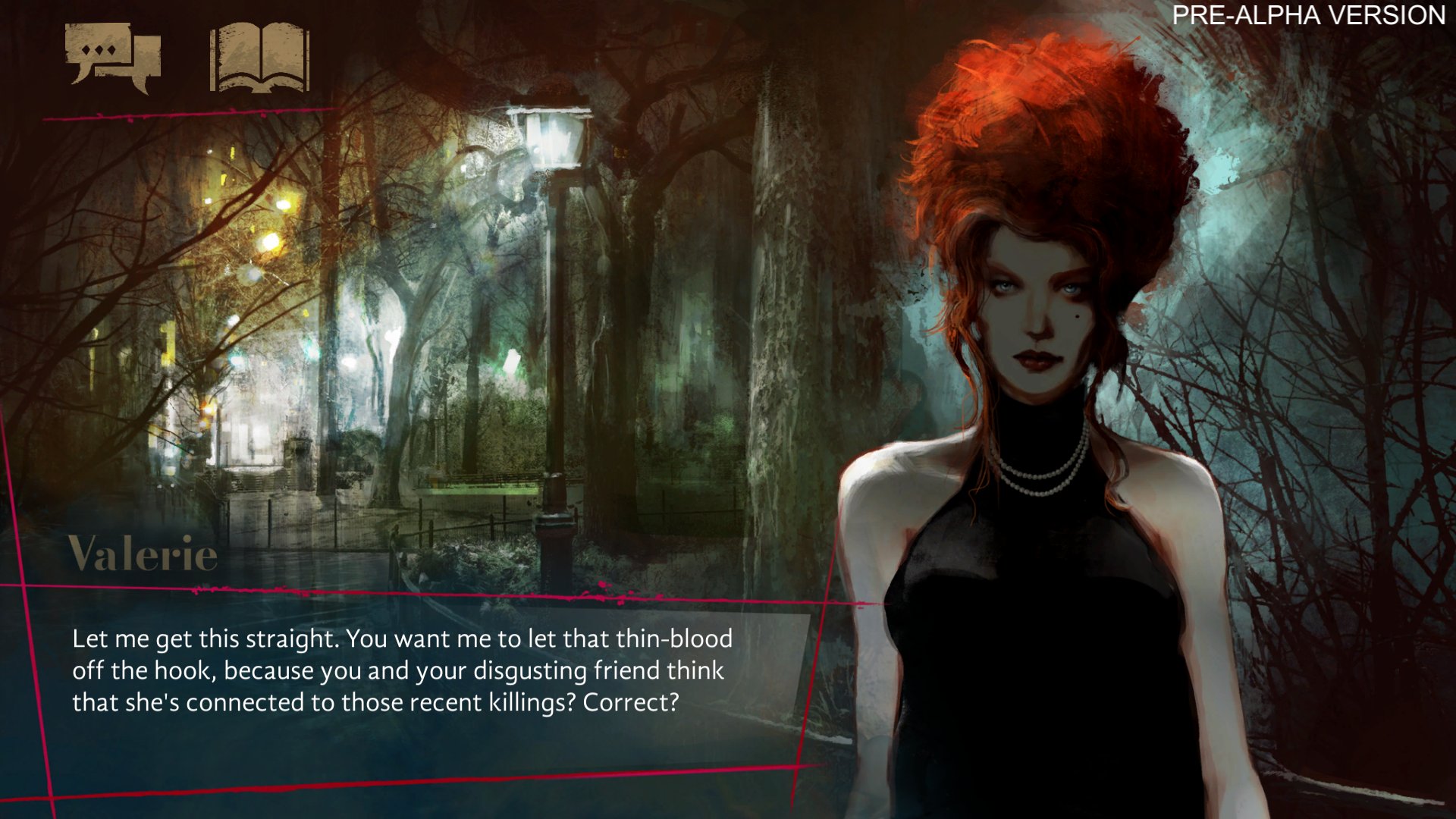 Moral decision making as a vampire is always tricky. You have to bite someone no matter what because ignoring that need will drive the character to extremes. Which in turn will affect your humanity, a stat that will alter the story and choices you have to make. It’s probably a good idea to have a nip now and then, because if you go rogue then your Masquerade rating will fall as well, exposing you to those who like a little bit of garlic on their stake.

It's out late 2019 at the earliest, and if you can't wait til then to soak in vampiric fiction, then I suggest you watch the TV version of What We do In The Shadows. It's brilliant.