I’d wager most folk around these parts devoured Left 4 Dead back in the day, just as I did. Valve’s “28 Days Later with your friends” infected my life for a good year, and a bigger, better sequel one year later only strengthened the disease. But as Valve haven’t really been in the business of making games for a good few years - hopefully, that’s about to change - and while it felt like Left 4 Dead was going to change the world back in (oh no) 2008, for a long time nothing filled the rotten hole where my heart used to be.

That is, until Fatshark’s rowdy rat-smash, Vermintide. The four vs the world setup and the UI were highly reminiscent of Left 4 Dead, and what are Gutter Runners and Pack Masters if not reskinned Hunters and Smokers? But there was much more to that game than swapping out zombies for skaven. With both series now/still on their second games, let’s look at how Vermintide ran with the legacy of Left 4 Dead, while managing to forge its own identity.

I can think of worse starting points for your new game than Left 4 Dead. With the AI director working overtime behind the scenes, the action was always pitched at just the right intensity, keeping survivor parties on their toes through lulls in the action, and then signalling onslaughts with audio cues. Specialist infected types worked hard to separate the party, and lay in wait to punish those straying from the flock. Campaigns ramped up in intensity, leading to all-or-nothing finales. It was tense, it was hectic, and it was bloody fantastic.

But it wasn’t perfect, and Vermintide’s genius is in capitalising on Left 4 Dead’s weakest areas rather than building on strengths. There are just so many ways to bash rats and rotters in the Reikland. Axes and swords might have made it into Left 4 Dead 2, but Vermintide manages to give them character - blocking values, swing speed, sweeps and smashes, there’s enough to give you that “I get it!” moment when you figure out a weapon’s strengths. Add to that a full RPG-lite tree of classes, combos, and abilities, and getting a team in sync with each other becomes an absolute joy.

Granted, the additions make Vermintide a far noisier game than Left 4 Dead ever was. That Valve level of clarity is often sorely missed. Left 4 Dead’s maps rarely allowed you to get lost, and each monster had such distinct silhouettes and barks that players were never in doubt about what was coming to mess them up. Meanwhile, a good chunk of Vermintide’s special monsters fit the “Rat holding a big gun” niche - although Chaos Warriors and full-on Boss fights mix things up at times, I’m largely waiting for a character to call out what we’re dealing with. 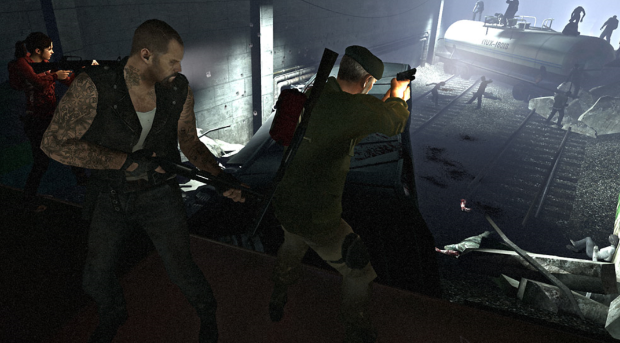 There’s an attachment to your character on a level that I never felt in Left 4 Dead. We all had our favourites among the survivors, and in time they became sufficiently “meme’d” (pills here, anyone?). Gear, talents, and all that good Destiny-esque stuff certainly helps on some level - but even as far as personalities go, I might prefer the Ubersreik Five to our old gang of survivors. Listen, Zoe, I love you and your pals; but I’ll never tire of Kerillian’s passive aggressive derision, or how Satlzpyre’s every line-delivery lands. (Related: I was absolutely not prepared to hear the phrase “glaikit mayflies” in a videogame.)

Left 4 Dead’s B-movie horror aesthetic was fantastical - and for all it’s plot exposition, Vermintide’s environments don’t evoke the sort of stories one pictures in the empty hospital corridors of No Mercy. Despite continuity between then, each campaign's real strength is largely in telling a distinct story of what happened in this particular zombie-ridden corner of America. It’s peak “environmental storytelling”, showered in graffiti and diorama corpses, but it worked. 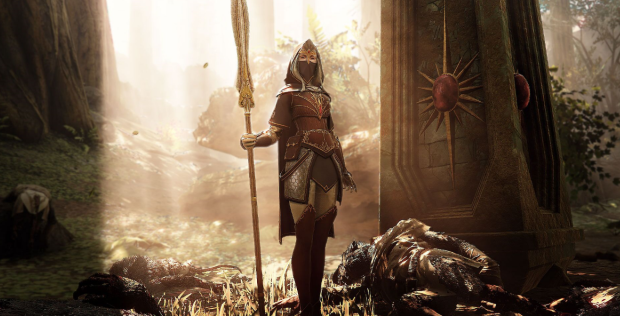 Vermintide 2 opts for a three-act plot, complete with opening crawls, returning characters, and an overall campaign finale - but it often feels more disconnected than tight, 4-mission campaigns. An emphasis on progression and quick-play means lots of players will be experiencing missions in a scattershot fashion. That said, the build up to ever-harder bosses and a stunning grand-finale makes going through the hoops an incredible experience.

Outside of beating stock campaigns on ever-harder difficulty, running out of sheer stuff to do was a concern in Left 4 Dead. Those first few hours were an absolute blast, but coming back was a hard sell at first - harder, if your personal apocalypse lacked mates. New campaigns came slowly, and while mutations - week-long challenges that ranged from “only headshots count” to “carry a garden gnome through the campaign” - were great for mixing up replays, Left 4 Dead had an ace up its sleeve.

It was incredibly easy to mod. The benefits of a community already a decade deep into Hammer, Valve’s proprietary level design software, can’t be understated. Finding new campaigns to push through with your pals extended Left 4 Dead’s life-cycle for years - particularly if you weren’t fussy about visual polish. And, as is usually the case when modders get involved, things got wild - Left 4 Dead 2 was a game where you can be a crack team of velociraptors taking down Shrek. 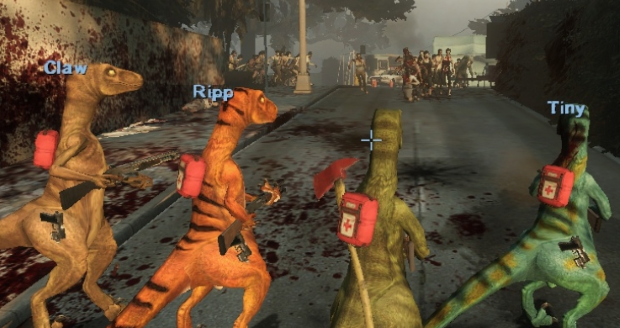 Vermintide doesn't compete on that front, but the sequel in particular is very much a videogame of the late-2010s, complete with progression systems, loot, and the boxes that contain loot. Again, it’s all a bit Destiny. I can’t argue that it doesn’t work (I’m an MMO child, numbers going up is my weakness), but it’s obviously a tool to pull you back for more.

Rumours of Left 4 Dead 3 crop up once or twice a year, and have done for the best part of a decade. But for as long as Valve aren’t exploring this particular avenue of cooperative play anymore, it’s great to see Fatshark picking up the slack. Vermintide has grown a strong identity all of its own - one that honours its roots in Valve’s zombie survival epic without being entirely beholden to the past.