As part of Minecraft's tenth birthday celebrations, Mojang have commissioned a virtual theme park celebrating the build 'em up. It's available as a free map for all players. Exhibitions include a sculpture garden of monsters in a glasshouse, demonstrations of redstone-powered doohickeys, museums, galleries, Easter eggs... it seems real fancy. A season of festivities for a mere tenth anniversary might seem churlish but hell, Minecraft has earned this. It broke into the public consciousness in a way few game games do then was surpassed only by a game it inspired, Fortnite. Take a victory lap, Minecraft.

"We created a map that celebrates everything about Minecraft past and present," mapmakers BlockWorks explain. "Filled with Easter eggs, secrets and community references, this map is a tribute to the creative, curious and adventurous community of Minecrafters worldwide."

BlockWorks are a professional Minecraft builder team who've made maps to promote all sorts of things. Their impressive portfolio of commissioned builds includes recreating the Great Fire of London for the Museum of London (a museum way better than its name might lead you to assume), dioramas of water infrastructure for Severn Trent, and that Brutalismfest Pip looked at. Fancy stuff. This one looks extra fancy. 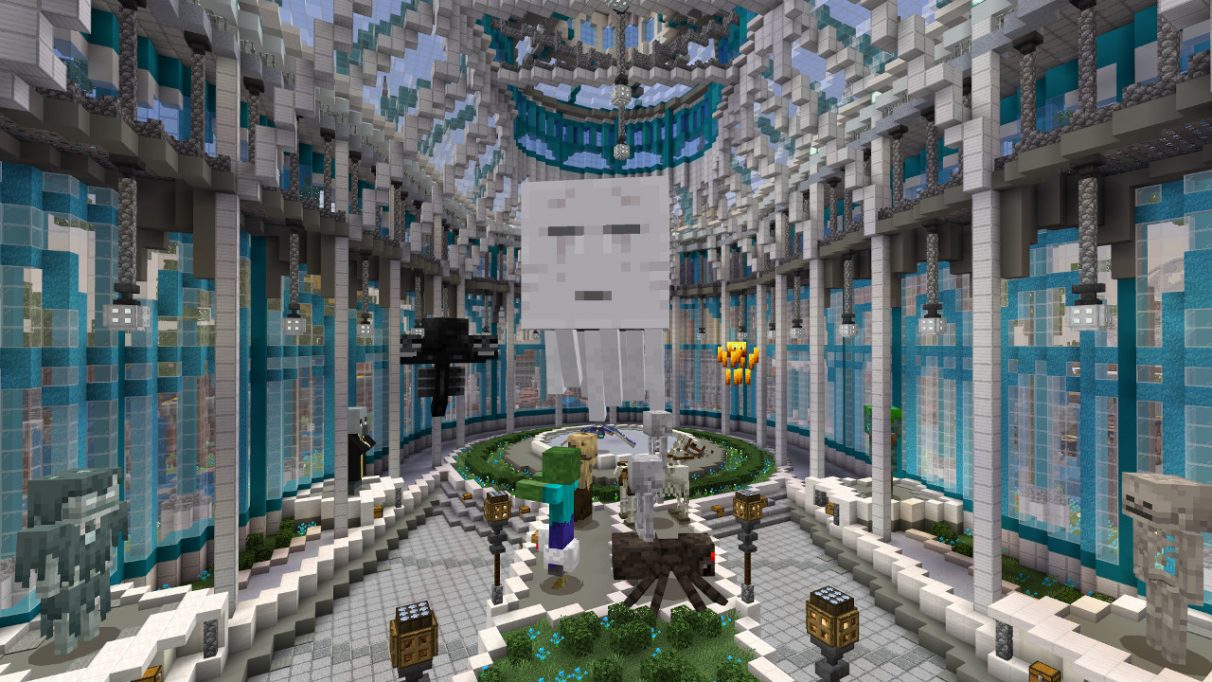 The '10 Years of Minecraft' map is available free for both the Bedrock (Windows 10 & consoles) edition of Minecraft and ye olde Java. It's on the Marketplace for Bedrock and here for plain ol' Java. It's in the library for Java Realms too.

The 10th birthday celebrations are due to bring a pair of "big announcements" on Friday the 17th. Mojang have already slammed online a free browser-based version of an early alpha too. Minecraft creator Markus "Notch" Persson, who sold the game and Mojang to Microsoft for $2.5 billion in 2014, is not invited to the festivities cos the hateful things he says online are somewhat incompatible with Minecraft's family-friendly image.

Ah, Portal jokes - only 11 years past their prime.