Not to be confused with singing synthesizers, Volcanoids is a survival and crafting sandbox in early access, and wait, no - where are you going? This one is different, I swear. Volcanoid Studio skip the boring 'caveman' parts and starts players out assembling a Jules Verne-esque tunnelling land-ship. Once your vessel is ship (and drill) shaped, you're off to battle an army of magma-fuelled steampunk robots that are trying to defeat humanity by causing volcanic eruptions. It's still early days yet for the game, but this initial release has me unusually excited. Check out the launch trailer below.

I've only had a few minutes to play around with Volcanoids, but its tactile mechanical crafting systems reminded me a bit of Factorio at first. Gather metal ore, chuck it into the right machines, hit the buttons and out pops SCIENCE! Relaxing, right up until the first volcanic eruption. The game told me to hide in my initial home base - an armoured submarine - but instead I stayed above decks to see what would happen. Boom - the world shakes and an enormous cloud is blasted high into the air. And then a vast tsunami of super-heated dust starts rolling across the entire island. I slammed the door of my sub shut just as the wave was about to hit.

Stepping outside a few moments later, I find the entire island covered in ash, trees stripped bare. Hell of a way to make the stakes clear, and give me a good reason to want to fight back. It helps that I've already got myself a sawn-off shotgun and a pile of ammo, but I'm already eager to gather up the metal and coal needed to fuel my industrial ambitions. It's time to build myself a grinding, churning war machine and go hunt some robots. Judging by the trailer, the enemies have their own tunnelling land-ships too, reminding me a little of the ancient (and not nearly imitated enough) Carrier Command.

My initial impression is that this is a game more concerned with action and light strategy than making crafting and construction an overly finnicky process. I remember bouncing off From The Depths (another mechanically minded sandbox) as it wanted me to construct my ship from the basic blocks upwards, right down to assembling my own engine by hand. This is a game where you decide how many engines you want, stuff them full of coal and ride off into the ash-dimmed sunset in search of your pyroclastic foe. 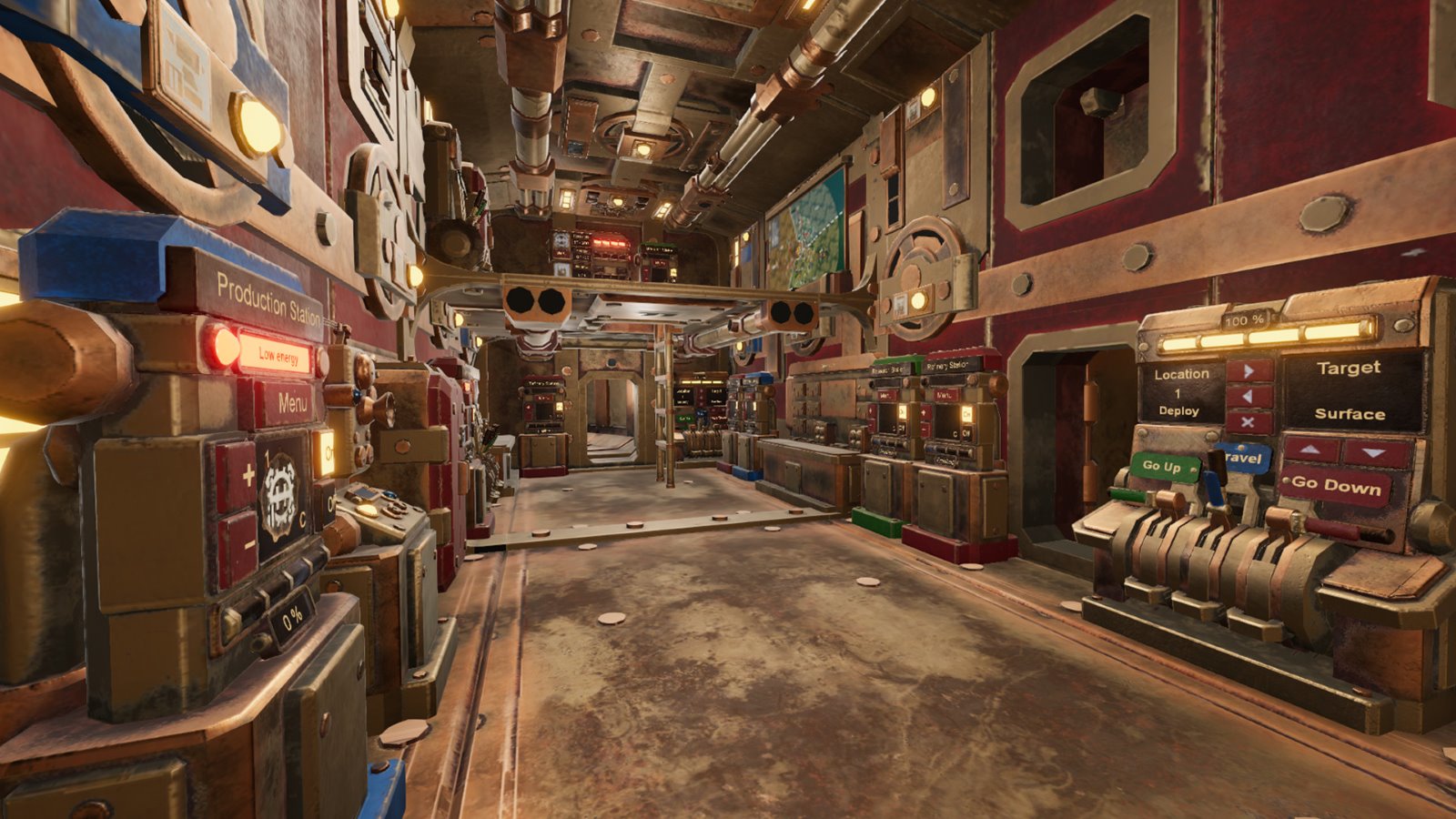 Yes, you steer the ship by smashing those big chunky buttons.

Right now, the game is pretty bare-bones, but apparently playable from start to finish - assemble your ship, progress through the island and beat the robots at the heart of the island. Volcanoid (a mere three-person team) reckon there's at least another two years of work yet to be done. Right now the game is single-player only, but the top features on their development roadmap are online co-op and PvP multiplayer, followed by a reworked quest system and a final boss fight in the volcano core. There's new tech and guns yet to come, and lots more besides. See the full, detailed roadmap here.

Volcanoids is out now in early access. You can grab it here on Steam for £15.49/€16.79/$19.99. The developers plan on raising the price as they add major features like multiplayer and PvP.