In the grim darkness of the...

Given the number of Warhammer 40K videogames clogging up Steam's arteries these days, it's surprising how few of 'em take an XCOMmy, turn-based squad tactics approach. There's 1998's Chaos Gate, and 2015's slightly too straightforward and more RPGy Deathwatch, and that's about it. Perhaps the newly-announced Warhammer 40,000: Mechanicus will fill that hole, seeing as it's also doing the whole out-of-mission squad management thing and well as having what looks suspiciously like a Geoscape. 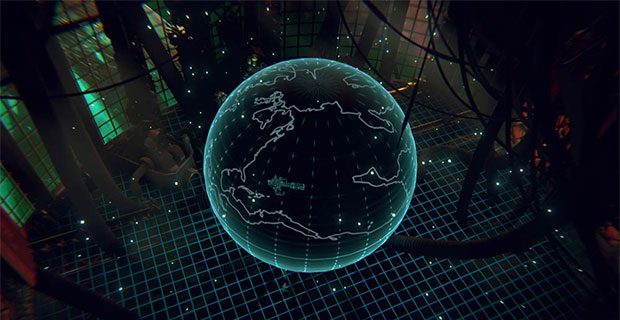 Mechanicus eschews the usual Space Marine approach in favour of another aspect of the Imperium Of Man, the Adeptus Mechanicus and their machine-worshipping Tech-Priests. They're particularly well-suited to this sort of thing as they're only too happy to lop bits of themselves off and replace them with machinery in the name of heightened abilities.

"Hundreds of possibilities" are promised in terms of squad customisation, in addition to an element of decision making that will affect the nature of missions and the outcome of a story written by Black Library scribe Ben Counter.

There's no in-game footage yet, but there is this scene-setting cutscene to bionic-eyeball:

A little more info's over here, and there's a Steam page for your wishlistin' needs here. Mechanicus is due for a late 2018 release on Windows, Mac & Linux, with dev duties handled by Crowntakers dev Bulwark Studios.