Today's The Prophet And The Warlock DLC for Total War: Warhammer 2 may be relatively small, adding just two new Legendary Lords, but the 'Doomsayer' update accompanying it is massive. Creative Assembly have overhauled campaign AI, added new AI factions, new regions and a new system of underground expansion for those sneaky Skaven. There's even a chunk of free DLC, adding a new Lizardman Legendary Lord for everyone, complete with his own quest chain. Check out the DLC trailer below, as the rats and reptiles recreate a scene from Predator.

The DLC focuses on the Skaven Clan Skryre and the Lizardman Cult Of Sotek. The former are led by mad scientist Ikit Claw, and his love of all things mad and science-y gives his armies a distinct feel. He's got Ratling Guns for suppressing fire, heavy sniper troops to pick off tougher targets, and Doom Flayers, motorcycle-sized versions of the Doom Wheel. The Lizardmen get some fun new toys like Ripperdactyls, and the ability to summon the god Sotek into battle, but I feel that's all a bit pedestrian compared to what the rats get. The Skaven can even build strategic warp-bombs under your cities now, those cads.

All told, it's not a bad pair of Lords added, but the sweeping changes made in today's patch (full update notes here) feels like it trivialises them a little, especially as everyone gets free lord Tiktaq'to, who is presumably good at board games. There's also several game-changing new features. The Skaven Under Empire system allows Skaven to build hidden bases in any territory underground, but the more noise they make down there, the higher the chances of discovery before they emerge. They've also completely reworked Bretonnia, including a total overhaul of their Vow system.

AI has also been given a swift kick up the backside. Creative Assembly reckon that every faction behaves smarter now, and everyone has been stripped of their auto-resolve bonuses. They feel that end-game should be more varied and interesting now, and battles between AI factions should be less one-sided. They've also added a trio of new AI factions to the mix - Clans Fester and Mange in Lustria, and the Leaf-Cutterz Tribe in the Southlands. It's worth reading the full lot for yourself, especially for gems like "Ratling Gunners will sometimes be overcome with verminous glee when firing". 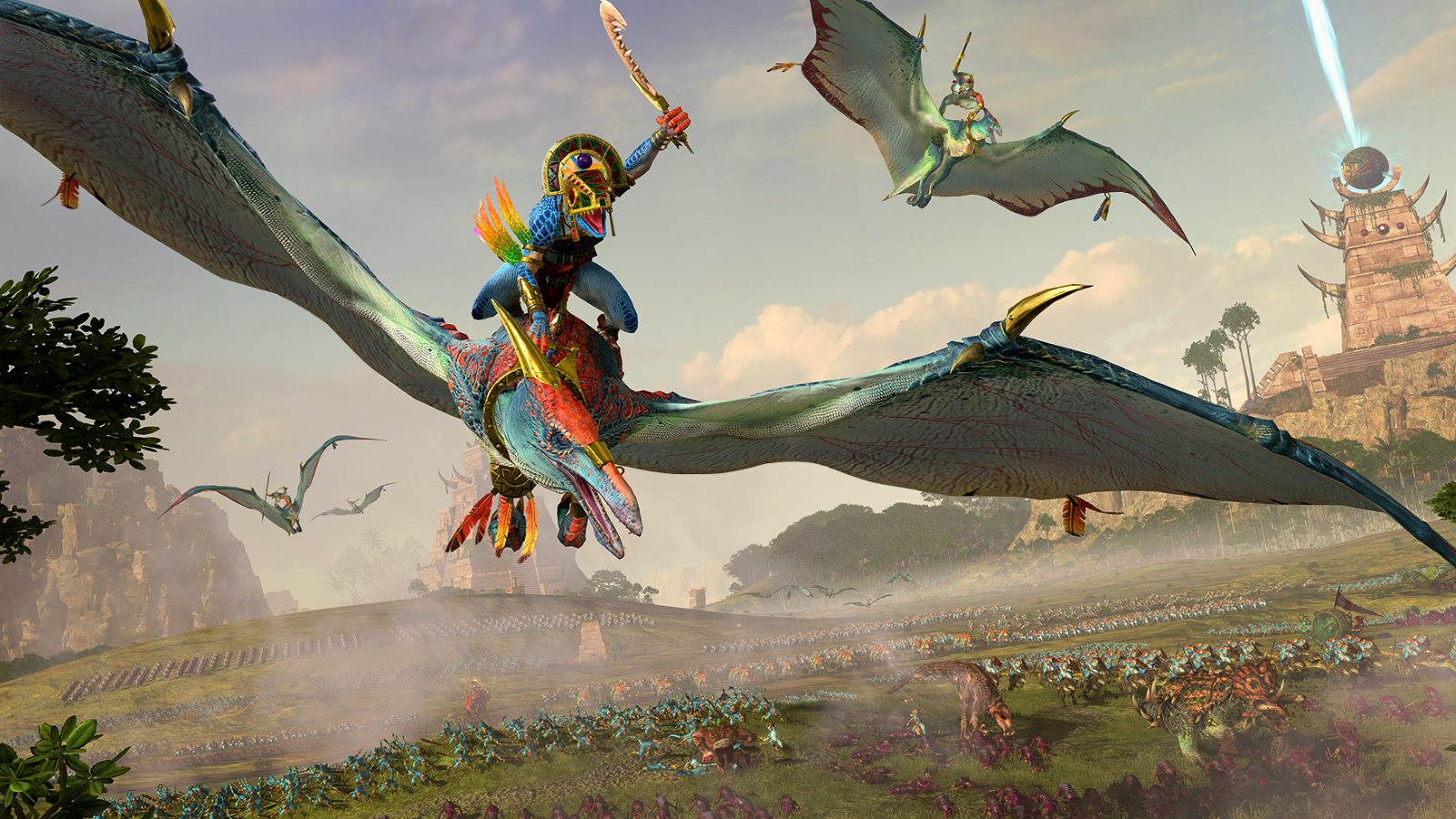 The Prophet And The Warlock DLC is out now, alongside the Doomsayer update. You can snag free new lord Tiktaq'to here on Steam, and the DLC on Steam or Humble for £6.99/€8.49/$8.99.