Of all the World Of Darkness pen-and-paper RPGs, I always loved Werewolf: The Apocalypse the most. It sounds like Cyanide's take on the setting -- Werewolf: The Apocalypse - Earthblood -- understands just how over-the-top it should be, based on PC Gamer's early impressions on a build they saw at E3. It's a semi-sneaky action RPG where players control Cahal, a grimacing bald biker-looking lad who grows more than his fair share of hair back when he's in his giant stompy wolf-man form. He's also just too angry to sneak sometimes, which sounds like a fun mess.

As with the P&P game, the arch-enemy of all werewolves is the Pentex corporation, a comically evil conglomerate that literally hate nature. Werewolves, on the other hand, are giant hippies that want to hug trees, then possibly uproot them to use as clubs to smash evildoers, because evil makes them angry. That rage sounds like a key part of the game. While there are many advantages to sneaking, getting close to corporate malfeasance and picking up 'tainted' objects fills up Cahal's rage gauge. When it tops out, you don't get to calm down until you've killed everything that moves.

While not directly accurate to the pen-and-paper rules, it does fit many Werewolf characters with hair-trigger tempers, and captures the spirit of playing a character who can be giant and hairy whenever you want. PC Gamer describe being able to scout areas and squeeze into crawlspaces while in wolf form, and snipe guards with a crossbow in human form, but these sound like options to thin out the herd before feeding time. There's enemies capable of going toe-to-toe with werewolves too, both rogue lycanthropes and power-armoured grunts acting as bigger chew-toys. 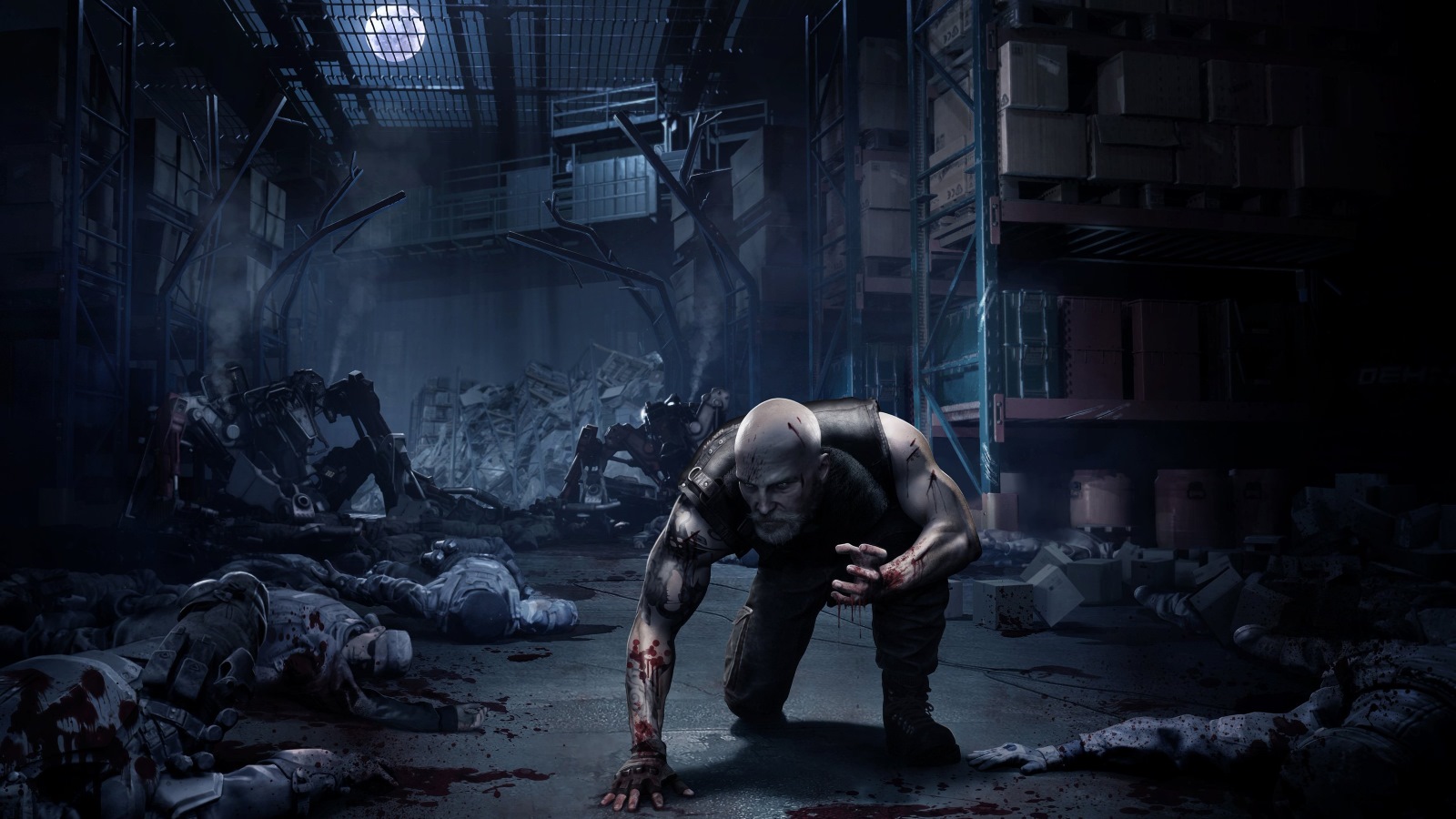 While not demoed, PC Gamer say that the rage system carries into conversations. If a conversation is going downhill or you get insulted, it builds up, but can be reduced by tapping out of conversations with a friendly fist to the face. Probably less enraging is the ability to talk to animal's spirit forms and other Gaia-attuned beings. You'll even be able to learn some nature magic, although PC Gamer describe it less as Okami-esque flower-sprouting, and more 'a localised tornado to gather up enemies for a beatdown'.

It all sounds rather nice, and while Cyanide have had their ups and downs, I always felt that Styx: Master Of Shadows, their goblin stealth 'em up, was underrated (although the sequel rubbed me the wrong way). Here's hoping they can combine that with a fun melee combat system. We're past due for a good Werewolf game. You can read a bit more about it over on cheery RPS fan-zine PC Gamer. The game is published by Bigben interactive.