Summer! It's summer! It actually happened! They said it couldn't be done yet here we are. We made it, together. Bless us all.

Alec: I just stuck my nose back into Stardew Valley while working on a round-up of best management games, and now is all obviously doomed. Parsnips and potatoes are my everything. If I can tear myself away from such pastoral pursuits, Prey: Mooncrash still calls to me too. 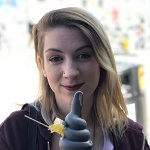 Alice B: This weekend, if the weather holds, I'm going to sit in a park with some friends and play a TRPG called Blades in the Dark. If you've played other pen and paper RPGs and argued over who got to be the rogue, then check out Blades, because it is a game where everyone gets to be the rogue. This is, coincidentally, the same player group that Johnny Chiodini wrote about on Eurogamer.

Alice O: I'm still enamoured with Slay The Spire's third character, The Defect, still finding clever combos and just plain enjoying this murderous wizbot. What a fantastic character. Beyond that, I want to be outside and ideally in water. I managed three swims last weekend (one river, two beaches), and caught so much sun that for days I was puzzled by blemishes appearing on my face - until I realised they were freckles reemerging after the Caledonian winter.

Brendan: I got a PlayStation 4! Put that pitchfork away, you eejit. It's 2018 and we're all videogame polyamorous now (polygonorous?) I'm gonna play me some Persona 5 and Uncharted 4 and Bloodborne and and and... Oh it's all so exciting. Like a little Christmas in the middle of June. Merry Junemas, everyone! 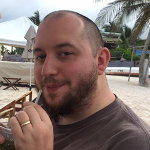 Dave: It's the game of setting up tents and being outside. I am GMing a pen and paper role playing game (Trail of Cthulhu) so there is at least some game being played.

Graham: I'm sorry, I'm going to keep saying this, but I'm going to spend any spare moment this weekend trying to make a game rather than playing them. Latest update: I've commissioned an artist who has started producing character art. It looks great - there are several good dogs involved - and it's giving me extra motivation to make the rest of the game live up to it.

John: It's going to be Red Faction Guererifilllaa ReMarstered, because I'm reviewing it. But if I have any spare time amongst the weekend madness, I really want to carry on struggling through the surprisingly bad Uncharted 1 on PS4, so I can get on to the apparently not as bad Uncharted 2.

Katharine: I think I'm finally starting to get to the good stuff in Ni No Kuni II now, as I was suddenly presented with a top-down real-time strategy scenario earlier in the week where I crushed the local spear-wielding hamster population to establish my new kingdom. I've still got to go and ask the local wood god if I can chop down some trees so I can build said kingdom (a plan I'm pretty sure he won't be very pleased with), but fingers crossed I'll make it far enough in my negotiations this weekend to get a glimpse of the game's apparently excellent town management feature.

Matt: In the Steam sale so far, I've succumbed and bought OneShot, Wizard of Legend and The Gallery - Episode 1: Call of the Starseed.

Naturally, I'll be playing none of those and instead splitting my time between Overwatch and board games.

Matthew: I'm still clearing Assassin's Creed Oranges' map of eight billion icons - I reached a point where I cleared enough of the damn things that I feel obliged to push on. And the action has become a lot more enjoyable now that I've spiced up my poison darts and can hide in the bushes while entire enemy bases puke themselves to death (spreading the infection as friends come to hold back their hair). And with the heat of the sun beating on my gaming chair, it'll be extra immersive. Maybe I'll take breaks to cool myself with frostier fare; I've got an untouched copy of A Good Snowman Is Hard To Build. Of course, if anyone has better suggestions of snow/ice-based games, I'll happily take them. 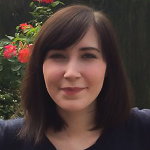 Nöa: This weekend I'm going finally play Behind the Screen, which I know so little about you wouldn't think I'd have any reason to play it all. What I do know is it looks very strange and not a little dark, which is right up my alley! And if that doesn't float my boat (or should I say rocket?) I'll be falling back on the gorgeous OPUS.