It's finally happening. After 12 years, Valve are making another Half-Life game. It's called Half-Life: Alyx, it's a prequel set between Half-Life 1 and 2, and it's only ever coming to VR.

There was a bunch of information released about the game yesterday, via its official site, interviews with press and so on. If you weren't desperately sucking up every morsel like a sewer barnacle, then I've rounded together the most important snippets for you below.

(Shout out to YouTube's automatic closed captioning, which I accidentally turned on while grabbing a screenshot from the trailer. I'm glad I did.)

Valve are infamous for missing release dates, but that reputation hasn't been deserved for a long time. If they're confident enough to finally announce a Half-Life game, I'd wager they're ready to release during that month. They've not put a specific day and date on it yet beyond that, though.

It's a full length game, and only ever coming to VR

Valve animator Christine Phelan told us that "playtest data suggests Half-Life: Alyx is about as long as Half-Life 2." HowLongToBeat.com puts that at around 13 hours. That would make Half-Life: Alyx far bigger than most other VR games, barring awkward ports like Skyrim VR. I am not sure I can keep my face strapped inside the Valve Index headset for 13 straight hours but rest assured that I will try.

It's a prequel, set before Half-Life 2

Half-Life: Alyx takes place in City 17 between Half-Life 1 and 2, "several years before Gordon Freeman's return in Half-Life 2." The story is about you as Alyx Vance (and your father Eli) founding a "fledgling resistance" against the Combine. A Tweet from Valve says that Eli and Alyx discover a secret that "leads them into the heart of the Combine's occupation of City 17," which could mean the Citadel, and that you will "give humanity its last chance for survival." That last part seems like odd phrasing for a prequel, but at least suggests that the events you'll play through have some relevance to what happens in Half-Life 2 and beyond. Valve further suggested that to us when they called it a "crucial part of the Half-Life saga."

It's a Half-Life game through and through

It's set in City 17, the setting from Half-Life 2 and Episode 1, and the trailer is filled with familiar sights, characters and enemies. There are headcrabs, zombies, Combine soldiers, surveillance drones, barnacles, explosive barrels, antlions, Xen light stalks, and more. We also see Eli, and a coda featuring the G-Man.

Developers from the previous games are returning, as well. Dario Casali and Robin Walker are on the design team, while Jay Pinkerton and Erik Wolpaw are contributing writing.

The trailer feels a little like a greatest hits collection of Half-Life sights and sounds. That might be natural what with the return to City 17, but cities are big placess. Half-Life: Alyx, at least in the trailer, seems determined to show familiar things, from particular locations and imagery (Combine tech next to children's playground; laundry room headcrabs) to higher resolution versions of recognisable props (fans on walls, burnt-out cars, breakable crates).

It supports every kind of VR

Half-Life: Alyx is only confirmed for Windows so far, but it works on any Steam VR compatible headset, which is effectively all of them. It includes the Valve Index, the Oculus Rift, the HTC Vive, and Windows Mixed Reality.

Better still, it's also designed to support room scale, sitting and standing VR setups, and allows for character motion via teleportation, 'shifting' from A to B, or walking around with an analogue stick. It will also support finger tracking (as used in Valve Index controllers) or trigger-based controllers (as used in HTC Vive controllers).

This means that if you've got a VR setup of some kind, you should be able to play Half-Life: Alyx. Personally I play VR games at room scale, but if they could stop Alyx from having to lift her arms up too high, that would be great. The attic I play in has really low ceilings. 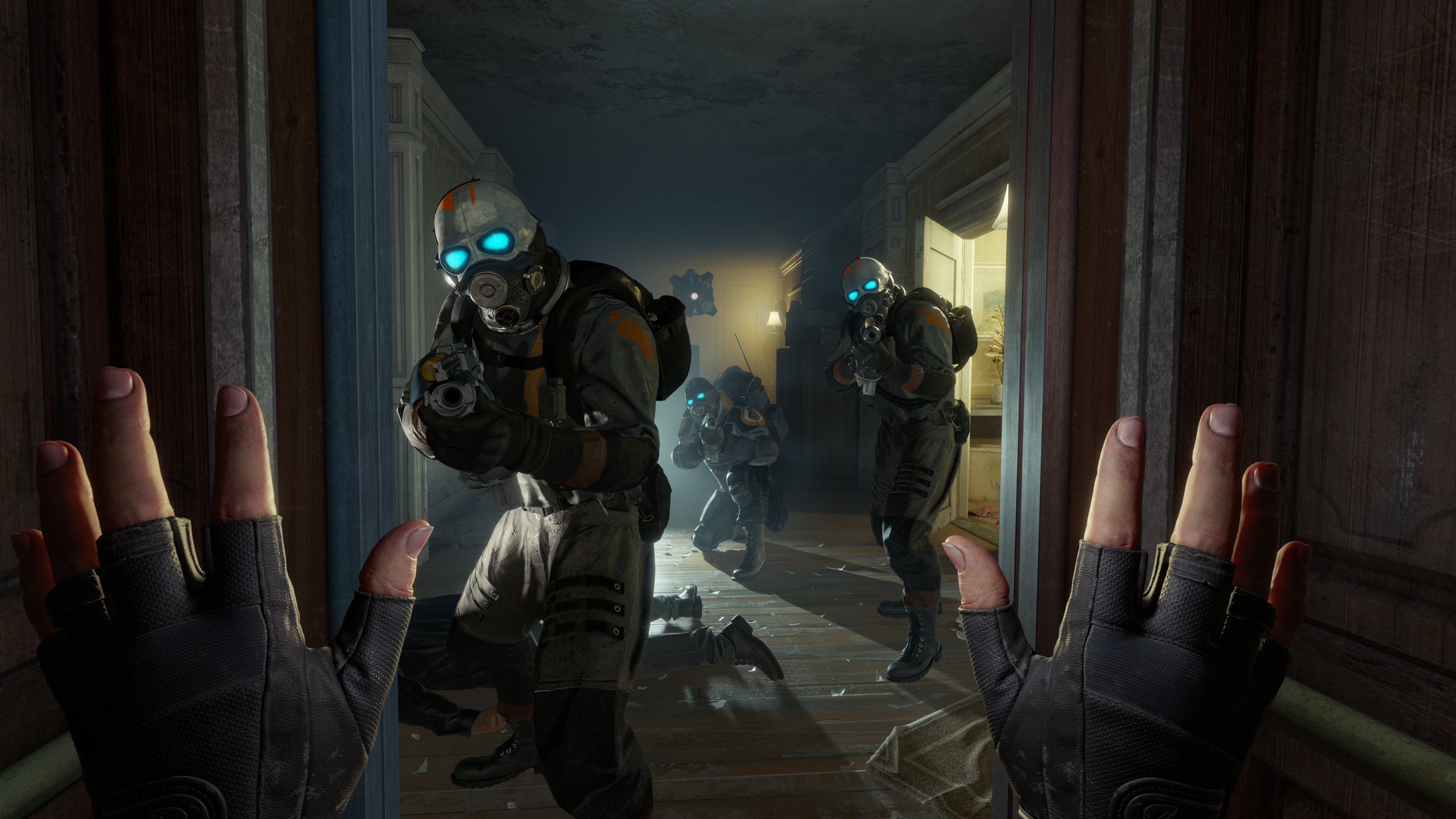 It has mod support

This really is a proper, full-scale Valve game. The game's official site notes that a "set of Source 2 tools for building new levels will be available for the game." Their level design tool Hammer has been updated with "all of the game's virtual reality gameplay tools and components", and player-built environments will be distributed via the Steam Workshop.

Hammer isn't a simple tool to use - it has more in common with Unity than Little Big Planet - but modding has been a cornerstone of Valve's games since the very beginning. Someone is going to use this to create incredible things.

That's a little higher than the base level Valve Index requirements, which asks for only 8GB of RAM, but it's still pretty reasonable. We'll no doubt run some performance tests of our own on the game in due course, particularly given the importance of a smooth framerate when it comes to VR games not becoming vom games.

Half-Life: Alyx being in VR helped Valve overcome their fear of Half-Life 3

Speaking to Geoff Keighley in a 22-minute team interview released yesterday, Valve's Robin Walker noted that, "Back in 2016, when we started this, Half-Life 3 was a terrifyingly daunting prospect." By comparison the team were excited by VR, and starting work on a VR project felt a lot less intimidating than starting on a Half-Life game. "In some ways VR was a little bit [similar to] the way the gravity gun helped in Half-Life 2 where it just became the tentpole where you could wrap so much around, VR became this thing we could wrap everything around. Whereas Half-Life 3, if tomorrow they’re like, hey you’re working on Half-Life 3, it’s like, ‘Ohhh god.’ Terrifying!”"

There'll hopefully be more to come on Half-Life: Alyx in the weeks and months ahead, because at this stage I'm genuinely excited. I'll no doubt continue to write about it whenever something new happens.