Captain Price, as played by former Hollyoaks serial killer Barry Sloane, is a figure of gruff warmth. He imbues the new Modern Warfare with the sozzled energy of an uncle on Boxing Day, eyes smiling even as bluster falls from his mouth. “We get dirty,” he mumbles, “and the world stays clean.” Nobody wants to ask if that means Uncle Baz has soiled himself.

Modern Warfare was marketed with that phrase: we get dirty, the world stays clean. But what does it mean, actually?

Moral ambiguity has always been an ingredient in the murky soup that makes up Modern Warfare. It’s a series that has concerned itself with the level of remove required to make life-or-death decisions under pressure. Sometimes that distance in itself has been cause for unease, as in the classic 2007 mission Death From Above. Staring through the thermal imaging equipment of an AC-130 Spectre gunship, the pain of the pinpricks you blew up on the ground seemed very far away. 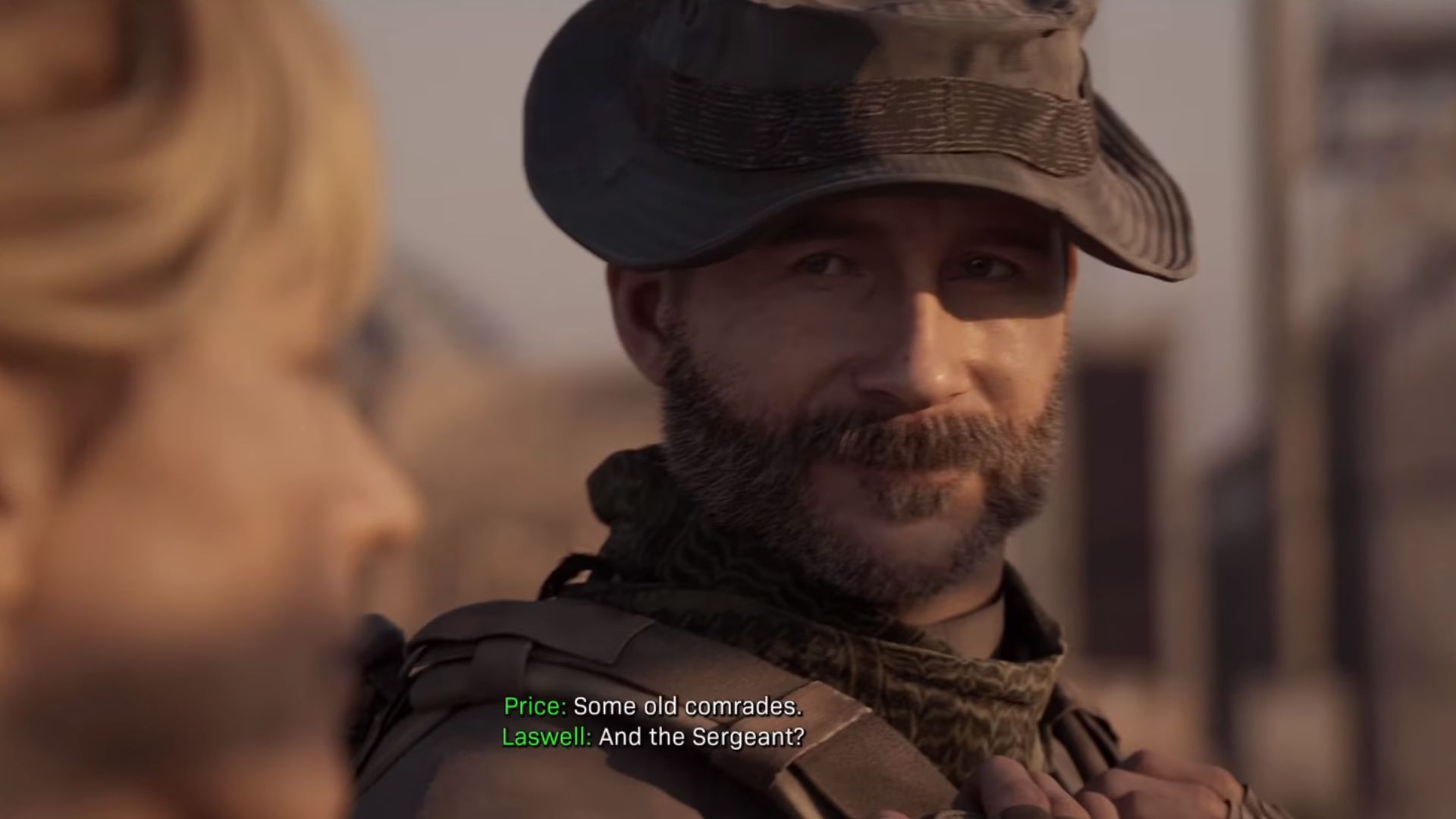 Price himself cleaves through that ambiguity with confidence. He’s a model of decisive utilitarianism, the spiritual opposite of Chidi from The Good Place. No sooner has he arrived than he’s presented with the COD campaign take on the trolley problem: is it right to hurl an innocent man strapped with explosives from a balcony, if doing so will save the lives of several others? Too late, thinking time over - Price has already done it.

It’s not just the dirtiness of the action the phrase gets at, though, but an implied sacrifice. By becoming a state-sanctioned killer, you’re giving up a part of yourself to keep the world pure. For a Western audience, the message is clear: there are people navigating a moral quagmire so that we can stay untested, and we should be grateful.

Sacrifice has long been a central theme of Call Of Duty, one it first pilfered from Spielberg back when the series was set only in the Second World War. At that stage, though, the sacrifice highlighted was the ultimate one - the blood spilled on French beaches and in the mud of Stalingrad. The cost was measured in bodies willingly given, the loss of a generation. 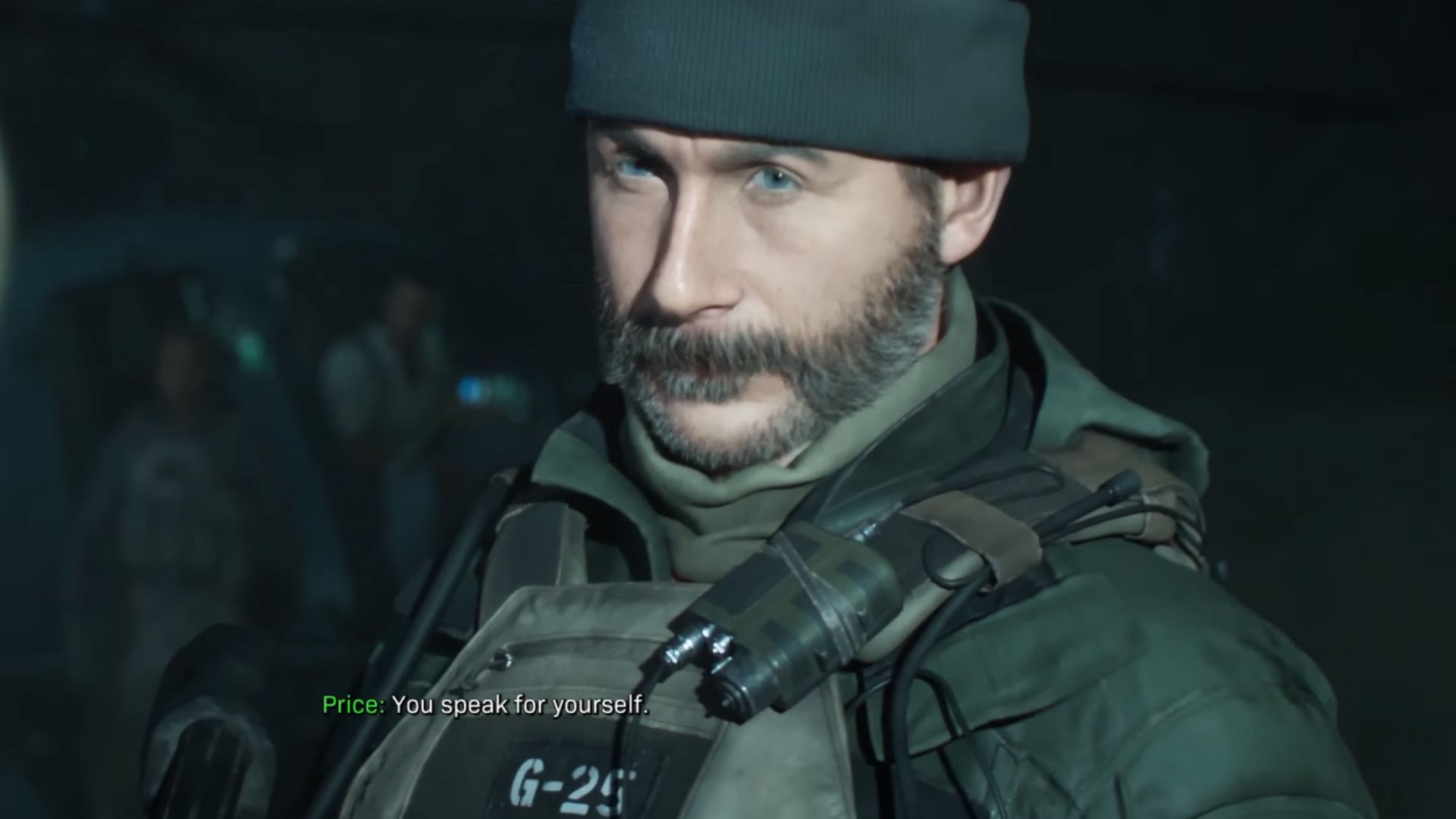 Since 2007’s Modern Warfare, the sacrifice has become moral. The enemies have become less distinct, the causes less obviously just, and so the series has found a stranger sense of nobility in doing bad things for the sake of others. The hero sacrifices not themselves, but their humanity. It’s a get-out clause that has become increasingly familiar in game stories. The Walking Dead’s Lee begins the game as a murderer, condemned by society; it’s only his stewardship of Clementine that makes further killings palatable.

There’s a contradiction inherent in this kind of framing. These games appeal precisely because they test us morally. They allow us to imagine how we might feel or act under the life-or-death pressure Price faces. In that context, an innocent character like Clementine starts to look like a convenient excuse for nastiness, rather than a well-meaning justification for it. As Walter White finally admits to Skylar, after years of playing the family man: “I did it for me. I liked it.”

It’s worth noting, too, that Modern Warfare doesn’t afford its sense of nobility to everyone. The campaign’s villain, one General Barkov, commits war crimes motivated by a patriotism-at-all-costs comparable to Price’s worldview. But he’s Russian, and bar a single notable exception, Call of Duty is still comfortable portraying the Russians as pantomime baddies - even rewriting one controversial US attack to blame them. Now that the series is finally putting faces to Middle Eastern perspectives, the discrepancy is more jarring than ever.

Price delivers the manifesto that drove Modern Warfare’s marketing in a speech to Sergeant Garrick, one of the game’s protagonists. Garrick is an SAS Sergeant sick of having his hands tied by the rules of engagement, and Price the man who grants his monkey’s paw wish. Later in the game, Garrick finds himself floating in a rudderless darkness, wondering where to draw the line.

“You draw the line wherever you need it, Sergeant,” Price says. “End of the day, somebody has to make the enemy scared of the dark. We get dirty, and the world stays clean. That’s the mission.”

Shortly beforehand, you’re escorting the wife and child of a terrorist to an interrogation room as ‘leverage’. At the door, Price gives you the choice - your only real choice in the game - to opt out. He offers to get dirty in your stead, so that you can stay clean.

Here’s the difference, though: you’re asked. The Western world Price is so fond of never gets to sanction the things he does on their behalf; since most of his action is covert, they never even get to hear about it. Instead, their purity is a convenient totem he brandishes as he goes about his icky business. His mission, to be the first bogeyman ever to help people sleep soundly in their beds, is one without mandate.

Still: his eyes twinkle when he talks, like Santa with an assault rifle. And that’s what a good guy looks like, right?