Looking for the best Marksman Rifle in Warzone? Marksman rifles have a slightly strange spot in the Warzone meta. The semi-automatic and single-action weapons in the class function completely differently from one another, and are hard to compare directly. However, it’s clear that the more sniper-like options are head and shoulders above the rest.

So, what is the role of the Marksman Rifle in Warzone? The bolt-action weapons, the Kar98k and SP-R 208, function like Sniper Rifles and can find a lot of success in that role. The rest… are mostly just good for a good time. We’ll break down each weapon in the category and how to use them, and explain why the bolt-actions are so good and the rest are, frankly, so bad.

The Kar98k is the best Markman Rifle in Warzone Season 6. This bolt-action rifle is a one-shot headshot at any range, making it a deadly addition to your arsenal. It functions like a fast-handling Sniper Rifle that will bring you back to the quickscoping days of old. Pair it with an Assault Rifle or SMG and go to town.

This Call of Duty classic really functions more like a Sniper Rifle in Warzone, but with the quicker handling of the Marksman class. The Kar98k will drop any enemy with a single headshot at any range. If your aim is on, it’s one of the best weapons in the game. While its bullet velocity can’t quite match Sniper behemoths like the HDR, the Kar has snappy ADS speed and decent movement, making it the better option at closer ranges. If you’re looking to snipe on the move at a variety of distances, you can never go wrong with the Kar98k.

Really, the Kar98k's most direct competitor is the Swiss K31. For comparison, the Swiss has much higher chest damage, so if you're aiming for the head and miss low it's a tad more forgiving. The Kar98k, on the other hand, has much faster ADS and movement speed. The Swiss will do a bit better as a true Sniper Rifle over long ranges, but the Kar98k will always be the fastest ride. Choose the rifle that works best with your playstyle.

Check out our in-depth best Kar98k loadout in Warzone page for all the stats and attachment ideas!

The SP-R 208 is a solid weapon, but one that lives somewhat in the shadow of its older sibling, the Kar98k. Their damage properties are very similar, and the SP-R’s higher maximum bullet velocity gives it a slight edge at more extreme ranges. The Kar98k handles much faster though, and its bullet velocity is close enough that you won’t usually notice a difference. The SP-R is still a good gun, and a very stylish one too, but the Kar is the better overall choice.

Check out our guide to building the best SP-R 208 loadout in Warzone for something more standard.

If you are looking for style points, the MK2 Carbine is for you. This lever-action rifle needs an extra shot to kill compared to the Kar98k, but its significantly faster rate of fire actually affords it a near-identical time-to-kill on chest shots. Of course, that requires hitting an extra shot, so your tracking needs to be on point, and you can’t one-shot full-armor targets. Still, it's a lever-action rifle. Sometimes it’s worth looking cooler than your opponent. Practically speaking, there isn't much of a role for the MK2 or anything below it on this list in Warzone. When you're having a rough stretch of games though, sometimes you just need to play for style points. Grab an MK2 and enjoy some bewildered death comms from your foes.

The Crossbow is another great style points choice. It actually has higher headshot damage than its competitors at 300, but that won’t do you much good unless you have to take down a Juggernaut. If you miss the head on an armored target, you’re going to need to slowly reload and fire again. Unless, of course, you use explosive bolts to get that one-shot kill anywhere to the body.

The Crossbow's range is unfortunately extremely limited by the fact that it is a crossbow. This may come as a shock, but crossbow bolts travel a lot slower than bullets. It's pretty tricky to hit Crossbow shots at range, but you do have that one-shot potential. That's something at least. Bringing a medieval projectile weapon to a gunfight isn’t necessarily smart, but at least it’s cool.

The semi-automatic Marksman Rifles are in dire need of some love in Warzone. Right now, they lack the one-shot headshot power of high-powered Sniper Rifles, and the fire rate and flexibility of Tactical Rifles. They have much higher headshot damage than Tactical Rifles, but if you’re hitting long-range headshots wouldn’t you rather just use a Sniper Rifle or Kar98k that will be a one-shot kill? There isn’t much reason to choose an SKS or EBR in Verdansk.

If you do want to try a semi-automatic Marksman Rifle though, go with the SKS. The higher rate of fire of this weapon makes it okay without headshots and gives you more chances to hit one. Still though, if that headshot doesn’t kill, you will find yourself wishing you just used a Kar98k instead.

The EBR-14 is really just a worse SKS right now. It fires noticeably slower, and the difference in damage is minimal. You could try to favorably compare it to a Dragunov, as the EBR at least fires faster than that. However, the Dragunov has way higher bodyshot damage and identical headshot damage. The Dragunov needs only two chest shots to kill, while the EBR needs five! Even with a lower fire rate, the Dragunov kills way faster.

Here's the thing though; the Dragunov is bad. Just awful. And here we are, trying and failing to find a way to justify the EBR over an already bad weapon. If you're playing for pure aesthetics and like the look of the EBR, sure, give it a shot. Otherwise, just leave it be.

We'll wrap things up with this handy stat table for each Warzone Marksman Rifle. Use this as a reference for damage numbers, handling stats, and more.

If you're looking for stats on other weapon classes, visit our full Warzone weapon stats page for more! 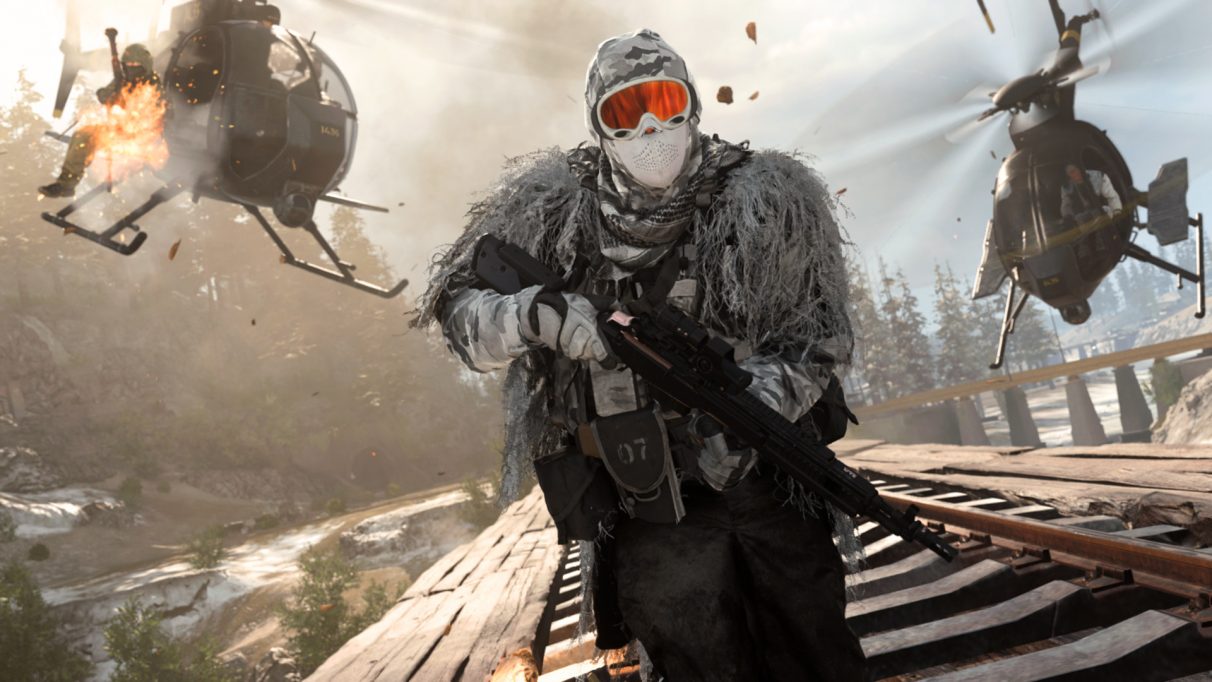 And there you have it! Hopefully now you're a master of the Warzone Marksman Rifles arsenal, and you're ready to put your newfound knowledge to the test. In case you're still hungering for tips and stats, be sure to check out our other Warzone guides, including our Warzone weapons tier list, plus the latest weapons; the EM2 and Tec-9.