This week, Apex Legends started its Fight Night event, plonking a great big boxing ring onto the Olympus map. Challenging players to cheeky boxing matches has always been a fun part of Apex, so I was pretty excited to jump into an official ring right in the middle of Respawn's battle royale. Unfortunately, a mere two days after the boxing ring appeared, no one seems to bother dropping there anymore.

I'm very upset. Why? Why will none of you meet me in the ring?

I'm baffled because the boxing ring is a brilliant set piece. When you jump into it, you're stripped of your weapons and abilities, and no one can shoot in to take advantage of you either. It's surrounded by a glowing stadium and has a cool announcer lady who hypes players up as they step into the ring. There are even new melee animations for the fights inside it, with characters swinging their arms and legs around like martial artists.

Here's a short video of my experience in the ring, I think out of the seven or eight games I played, I fought enemy players in there... twice.

I'd like to think the reason no one is dropping there with me is because they recognise my punching prowess, and don't fancy their chances against my rippling gamer biceps. But this is absolutely not the case, because 1) I am, in fact, not that good, and 2) I think Respawn have taken away almost all incentive to drop there.

I mean, the incentive for me is obviously the love of the fight. However, for most normal players, it's all about the loot.

The Fight Night Collection Event came with a couple new additions, the excellent boxing ring of course, and also a new limited-time game mode. It's called Airdrop Escalation, and has effectively taken over the normal battle royale mode. This LTM makes it so that clusters of supply drops frequently descend onto Olympus, containing all the fully-kitted out weapons and epic-tier armour you could possibly need. 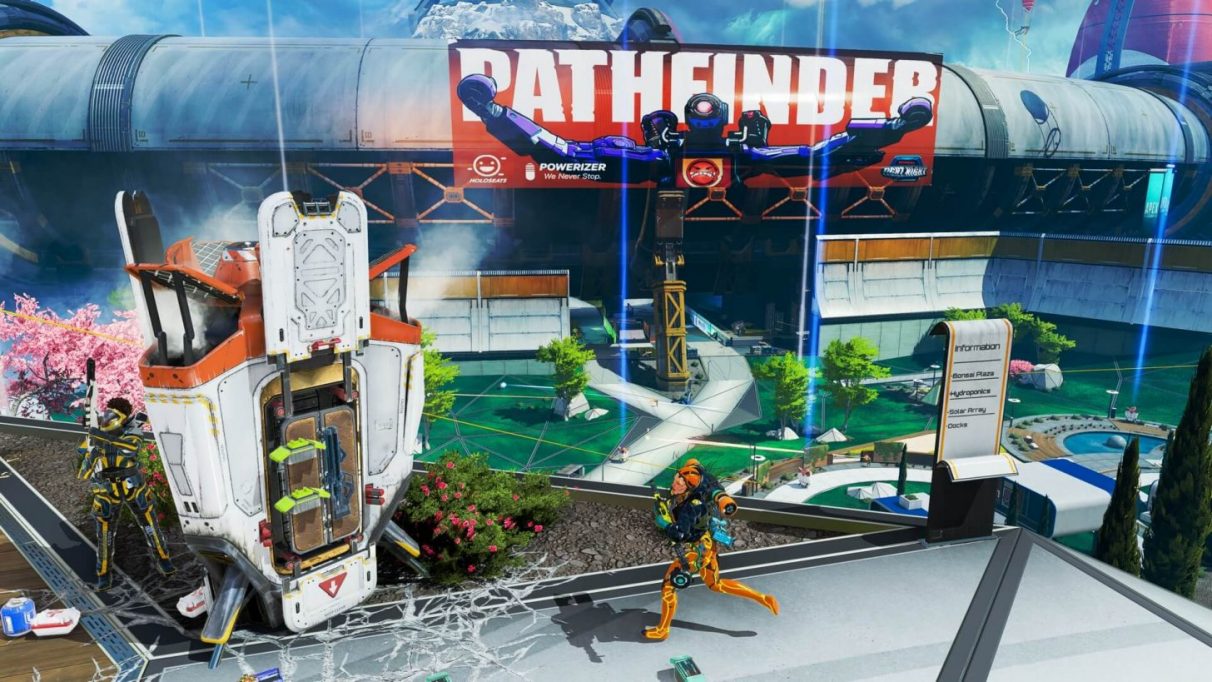 Now, the boxing ring has a few small cargo boxes littered throughout it, a couple of which will drop you a piece of the legendary-tier loot. But, there's not much else. Sure, dropping into the ring is fun for a bit, but when you've run out of players to punch, you're then stuck with a gold helmet and not much else for your troubles. You're a sitting duck compared to everyone else who landed in the middle of six supply drops and scooped up all the epic loot.

Airdrop Escalation is pretty fun in its own regard, as is the boxing ring, but pairing them together just hasn't worked.

Perhaps I was overly optimistic about how many players would enjoy the melee combat. I was looking forward to almost an entire server dropping into the ring for a silly punch-out. What I got was me sitting quietly on my lonesome while players watched from the stands, aiming snipers at my head and waiting for the moment I would leave the safety of the ring.