The Witcher franchise is now getting an adult colouring book. It's adult in two senses - one is the sense of colouring books aimed at adults as a relaxation method being a rising trend in the last few years and the other is the sense where you get a picture of Geralt in the nuddy in that tub to colour in. His witcher junk is hidden beneath the water but it's not really the sort of fare you find in the Dr Seuss Colouring Book or the My Very Own Hungry Caterpillar Colouring Book.

The project is a collaboration with Dark Horse and the blurb says:

"Journey along with Geralt, Ciri, Triss, Yennefer, Roach, Shani, and all of your favorite Witcher characters in a variety of fantastic settings . . . all inspired by the hit video game franchise with The Witcher Adult Coloring Book. Featuring uniquely designed and highly detailed black-and-white illustrations inspired by the games; this compilation of exquisitely crafted images is a must-have for Witcher fans worldwide!"

It looks like the RRP is set at $14.99 but there are various pre-order discounts prior to the 1 November release date.

I feel like this really isn't the first adult colouring book/videogame tie in? Ah - there's a Destiny colouring book coming out on 13 August, but I'm so sure there was one which caused a flurry a year or two ago?

You nerds can wait for the print version but I'm starting in on that tweeted picture right now: 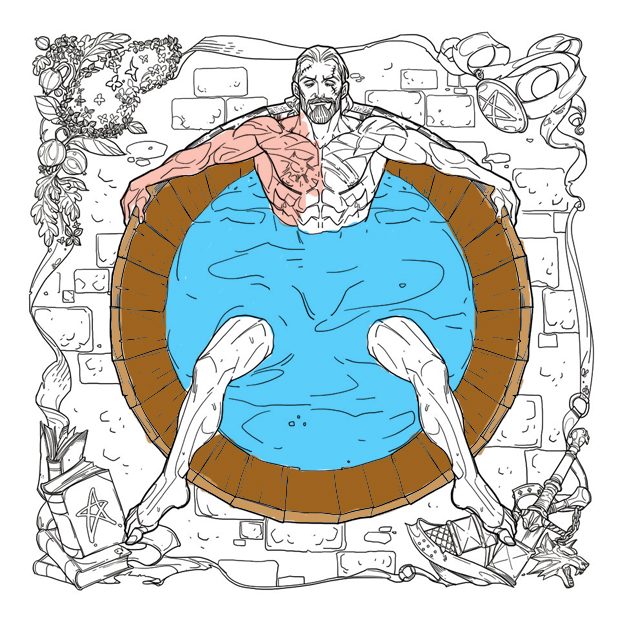