If you click on a link and make a purchase we may receive a small commission. Read our editorial policy.
Developer: 3Division
Publisher: 3Division

If Foundation is the warm bath of 2019 city-builders, Workers & Resources: Soviet Republic is the ice bucket challenge. Set in the mid-to-late 20th century Soviet Union, this is the management sim as demanding, meticulous manual labour, not unwinding with a cup of Cadbury Instant and a copy of Chat magazine. Frankly, I'm surprised it doesn't demand that I lay every single brick by hand.

I don't know if I can say I like it, but I respect the hell out of it.

Workers & Resources is in some respects the very model of an early access game. There's no tutorial yet, using the interface is like ballroom dancing with a dolphin, it looks as plain as an unbaked Rivita and good luck trying to work out from sight alone at what point in the last decade it hails from. Initial encounters with it mean pain, and only pain.

But perseverance brings rewards. For one thing, the grim, flat look suits the utilitarian theme to a tee - grey, boxy buildings in sparse landscapes. It's chasing a certain feel, and that feel is not the bucolic comforts of a Settlers or the gleaming luxuriousness of Cities: Skylines. That feel is brutalist tower blocks, squat, ugly factories and the kind of beyond-joyless train station design that makes Clapham Junction look like Belize.

It works. I like it. It encourages a mindset of dedication and industry, rather than one of indulgence and frivolity, and I think that's rare and valuable. Neither fantastical whimsy or sci-fi excess: something that feels more real. Something that's about the work rather than the escapism - and as such becomes escapism through work. That's the essential lure of the Truck Simulator or Car Mechanic Simulator games, after all.

W&R doesn't have that zen quality, however. This is all about furrow-browed intensity, diligently ensuring everything is linked correctly, manually setting up every resource's journey from collection to storage to processing to sale or trade or mammoth cross-country rail journey... I think the best way of setting expectations for how W&R plays out is to point that that this is a city-builder in which you usually have to manually flatten the terrain before you can place a road or building. No shortcuts, bub. Do the work.

In keeping, factories are useless on their own. They will sit there, dead and dark, until you send them the right staff (who require an elaborate public transport system if they do not live within walking range), you need to manually buy the vehicles that will shepherd resources around (and often specify the depots they will move slowly between), you need to build connections between them and their warehouses ( and the warehouses and the depots or processing plants), you need to, effectively, program what is traded at far-off customs stations (which you must program trucks or trains to travel to), what is sent to local stores....

It goes on and on and on, the smallest, most ordinary achievement attained only with the graft, exhaustion and maddening trial and error of assembling an Ikea bunk bed that didn't come with instructions. 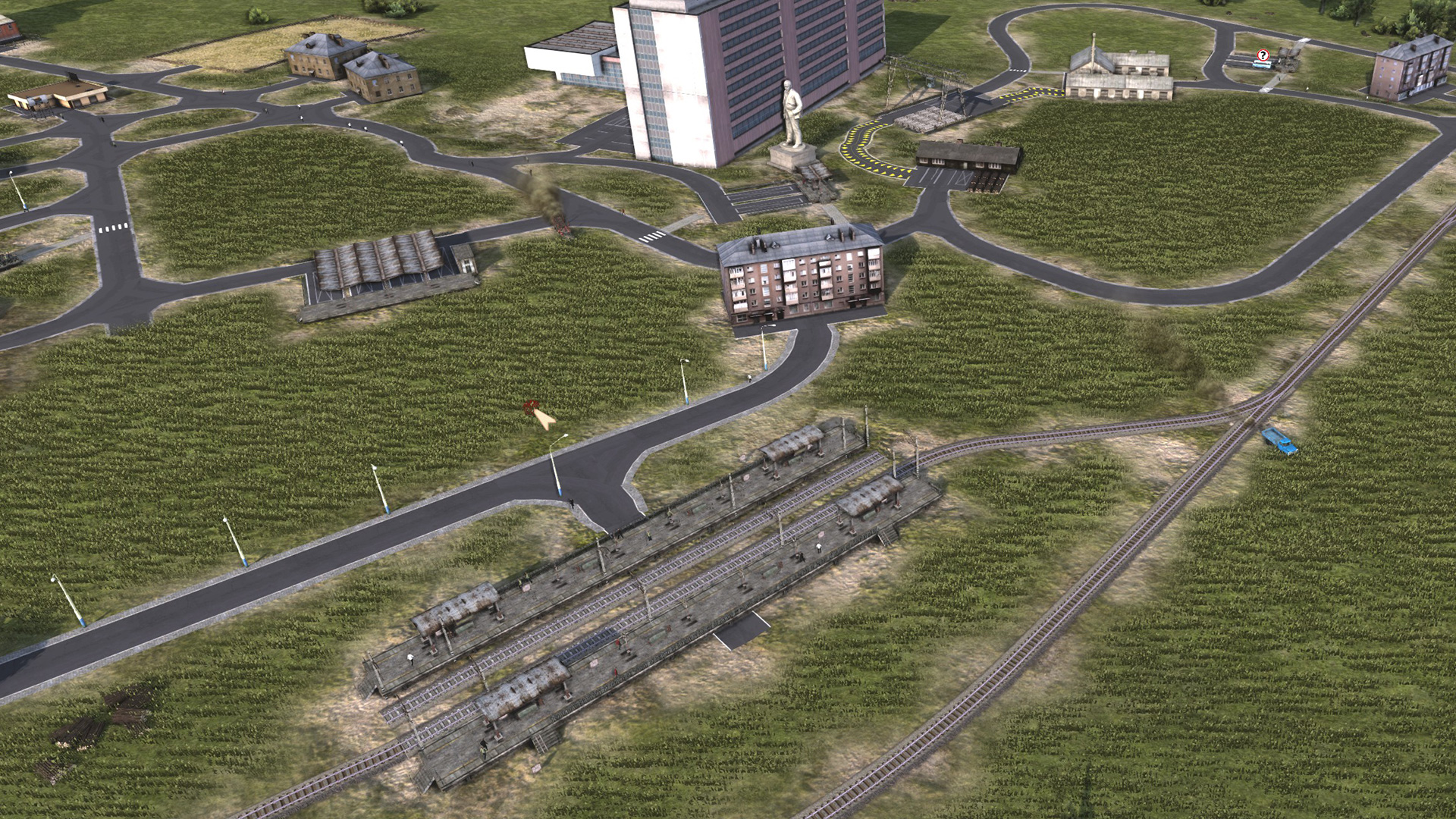 But the consequence, of course, is a degree of a pride that a game in which you can simply plop down an instantly-functioning granary could never hope to elicit. Building a little loop of tree-chopping, buying a truck to carry the logs to a factory, building a bus route to carry workers to that factory, configuring how the planks the factory made reached a warehouse... This alone was a project comparable to building a starting city in something like Skylines. It didn't necessarily take that long, but the intensity, the precision, the number of steps involved in just this one process is something else.

Every stage in W&R is like this. Slowly learning the systems - unexplained bar a barest-of-bones text FAQ - clearly takes some of the pain away, but never the complexity. I enjoy the sense of truly learning something, the satisfaction that something is working only because I have painstakingly made it work, but there are maddening dead-ends that require far too much out-of-game research to decipher.

Why wouldn't my trains move or even appear, even after I'd built depot, stations, engines, carriages and tracks? Why wouldn't my trade truck drive to the customs office to sell my planks, even though I'd specified the route? Everything has an answer, but there's so much head-against-wall, time-devouring frustration required to find it. 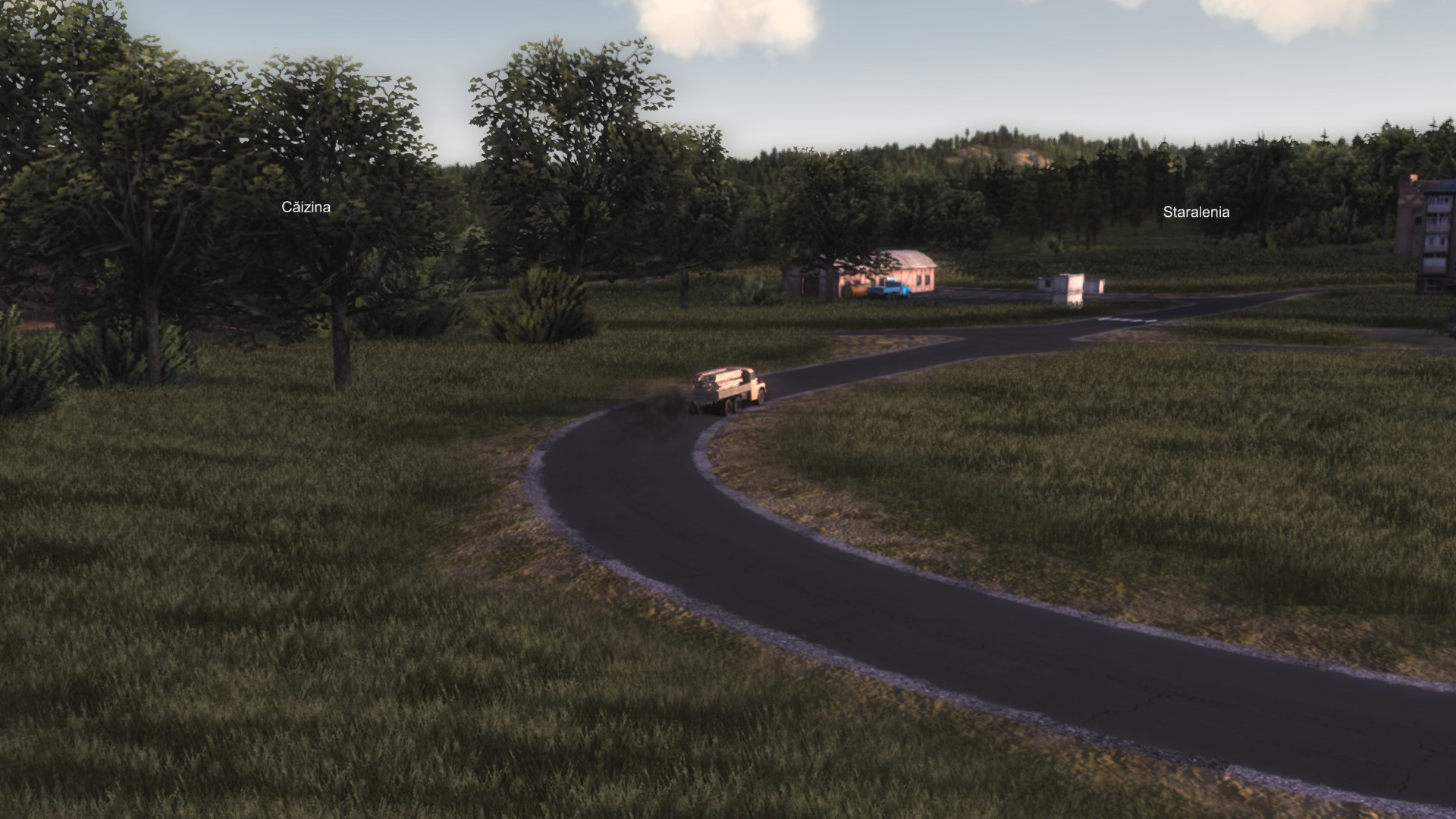 Right now, I wouldn't hurry back, but I don't regret a moment of my time with Workers & Resources. It's doing city-building at a scale I've not seen before - not in terms of mammoth constructions, although the available space to build in, the length of the roads and tracks you can lay is pretty extreme, but in terms of how involved it is, how much it asks of its player. I really appreciate that it does this with a realistic concept and a palpably Earthly theme, as opposed to adding complexity to building games in the form of a mad explosion of conveyor belts, as per Factorio or Satisfactory. It's a fearsome game, not because it's hostile, but because it requires real dedication.

If its early access journey can bring in a slicker interface, a proper tutorial and a few ways of pointing out what exactly has gone wrong, I think Workers & Resources could become something truly impressive. It's frankly not there yet, though it seems to be delighting a fair few people who've been hungry for something more demanding from their armchair town-planning, but I can see it happening.