Cyber Monday is, of course, a pure and honest celebration of all things cyber. We hack the planet as one, united against corporations, capitalism and the class divide. Then we all burn our 4K televisions and go off to have a massive rave-orgy in an abandoned sewer. Such is the way of the Cyber Monday Warrior.

But it's not all talking in C++ and overthrowing distant tyranny. Cyber Monday is also a time to remember the sacrifices made in the name of the hacking. None of these are quite so tragic as otherwise great games laid low by poorly-judged hacking minigames, forcibly inserted by executive pressure to pad out the running time. Today, let us honour the fallen. 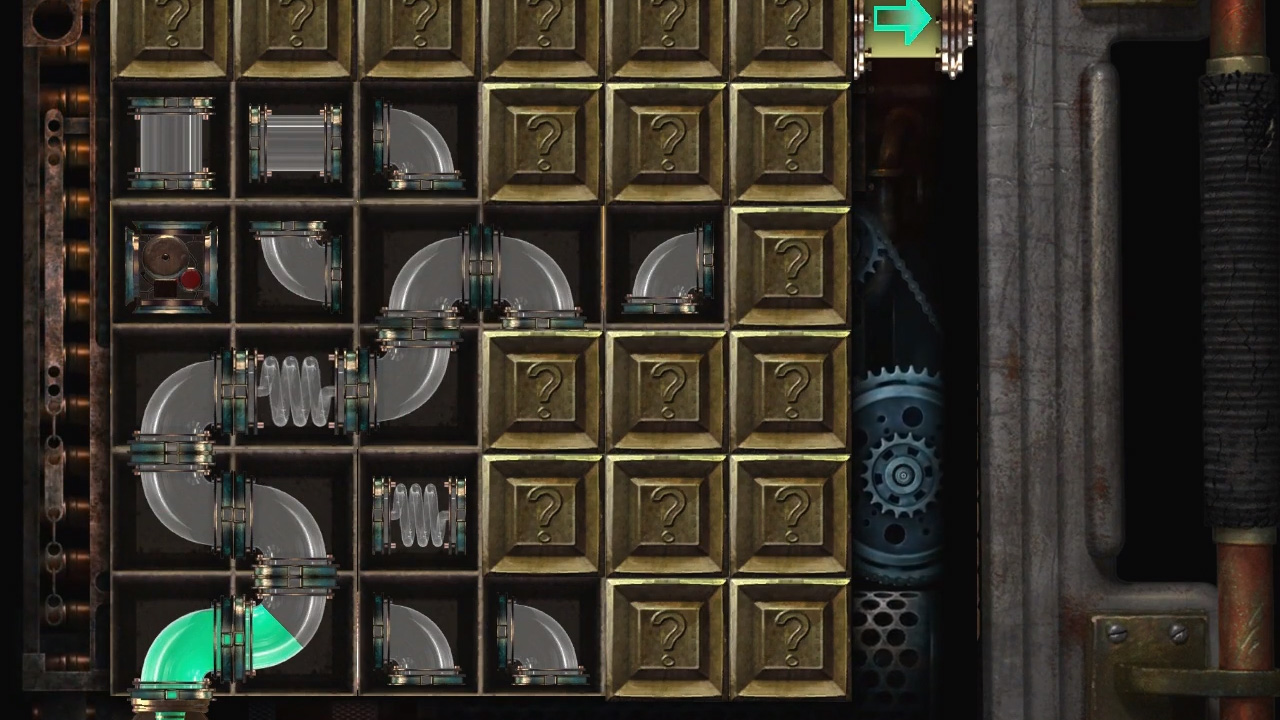 I don't mind a bit of Pipemania, and Bioshock's watery implementation of circuit-building was at least thematically appropriate to its pre-digital underwater apocalypse. But tonally, cheerfully connecting Habitrail tubes while being attacked by hordes of art deco mutants and combing one's way through a soul-flaying existential crisis was hard to take seriously. It's the equivalent of STALKER having a Kerplunk minigame. 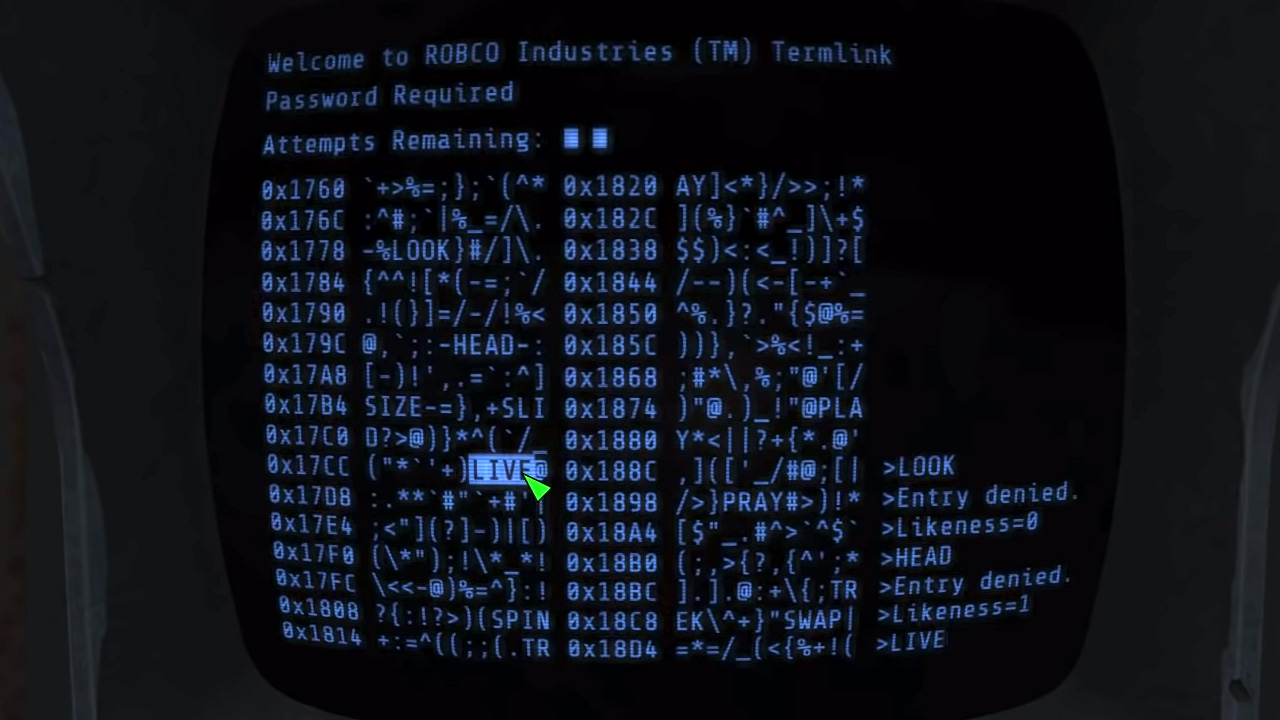 Fallout 3 and 4, for all their go-anywhere, end of the world joys, suffer from more jank than Ian Jank, born on the first of Jank, Nineteen Jankety-Jank. Nowhere is this more apparent than its word-guessing, Mastermind-style minigame. Just once and I could have put it down to a desperate designer scanning for last-minute inspirations on the rear shelves on his local Wetherspoons, but to bring it back for Fallout 4? That's wilful sadism. Someone at Bethesda despises all humanity. 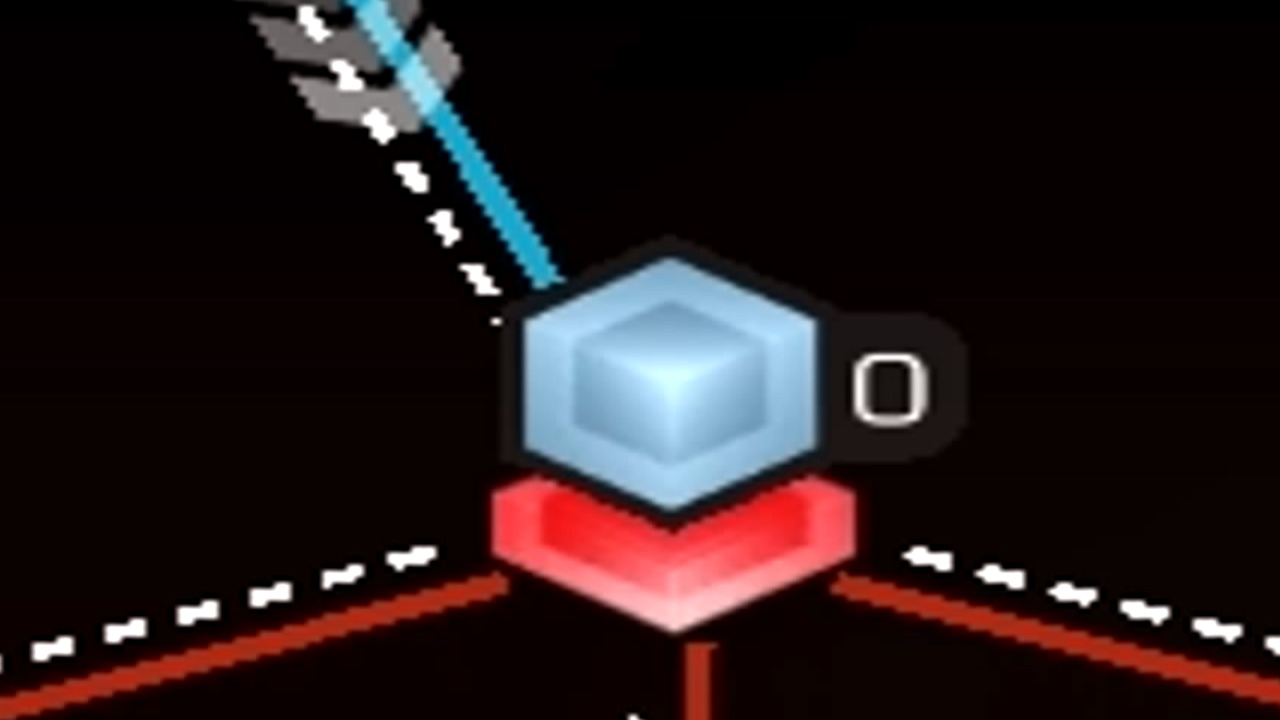 On its own, it's by far from the most egregious example of hacking minigame sadism, not by a long shot. In fact, out of context it's even one of the best, in terms of actually being about breaking through code defences and darting into heavily-guarded code without detection, instead of being an ancient boardgame or Atari cartridge with hastily-added l33t terminology and art. The trouble, for me, was always that unstoppable cyber-god Adam Jensen would have to resort to glacially dragging an olde worlde mouse cursor around just to find out that someone's password was the name of their cat's wife. The dude can make sunglasses pop in and out of his cheekbones! He has swords in his elbows. Why does he have to use a version of Linux that was covermounted with a 2008 issue of PC Format magazine just to read his boss' emails? 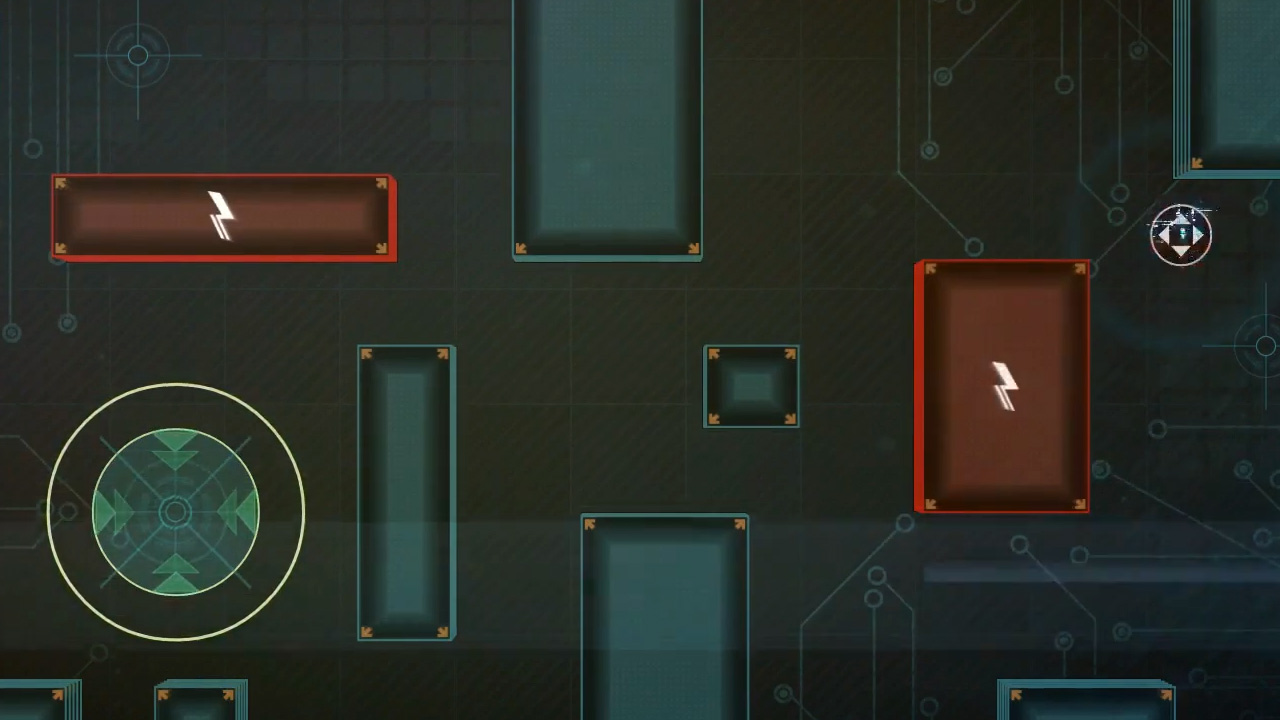 Conceptually, I'm down with this. Dodging code-perils, trying to navigate a digital maze unseen - it's in keeping with Prey's overall hide'n'sneak nature, rather than being a hard-switch into 'well, I played this with my kids this weekend' absurdity, as per Bioshock or Fallout. The trouble is the specific implementation, which is exactly like asking a man who's just drunk 3 pints of Bailey's to play one of those move-the-hoop-around-the-wiggly-electric-wire fairground games. Prey is the tale of slowly becoming a techno- or space magic-god, but when it comes to hacking, I'm left feeling like I've just paid 20p for 30 seconds of distraction at my kid's school's Christmas fayre. 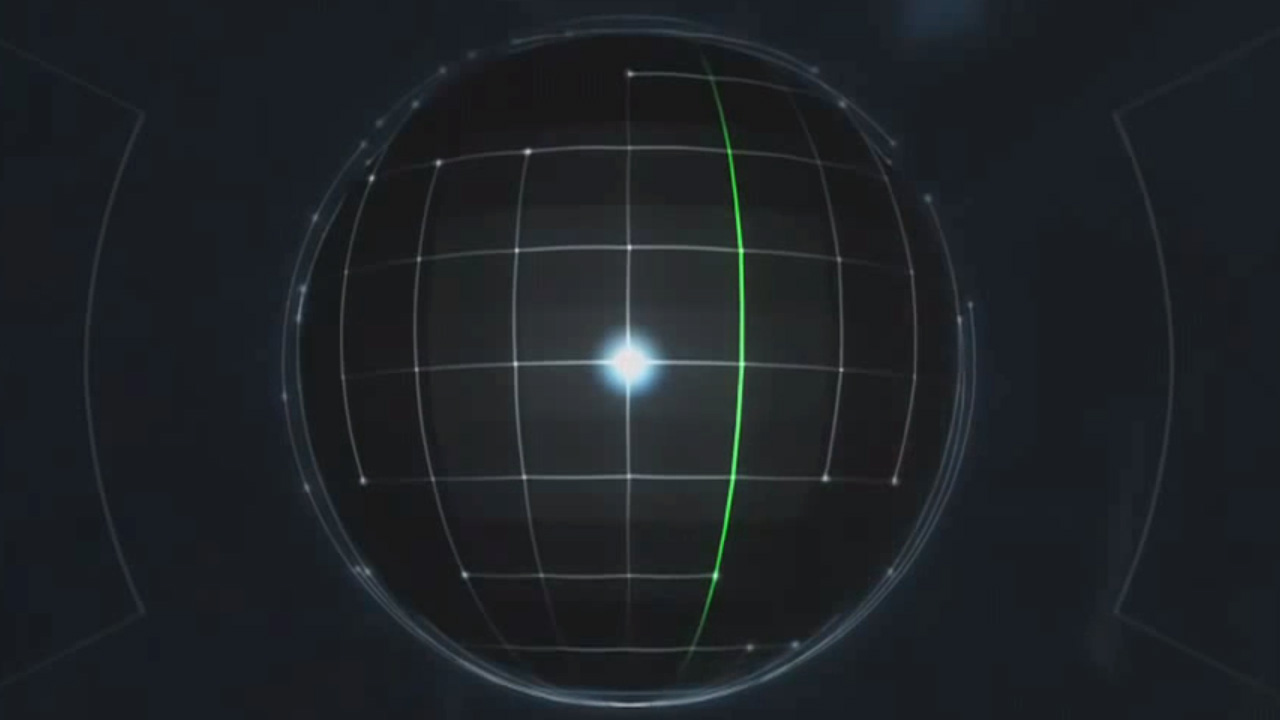 The knuckle-chewing horror of the bestest best AssCreed's (mercifully optional) hacking minigames is twofold - for one thing, it drags the story away from jolly period pirating and back into modern-day conspiracyballs, including far too many callbacks to dismal OG Ascreed protagonist Desmond Miles. For another, AC4's take on the exhausted 'what retro game can we plaster hacking graphics all over?' trope is effectively cyber-Frogger. FR0GG3R, if you will. Kassandra wouldn't stand for this shit. 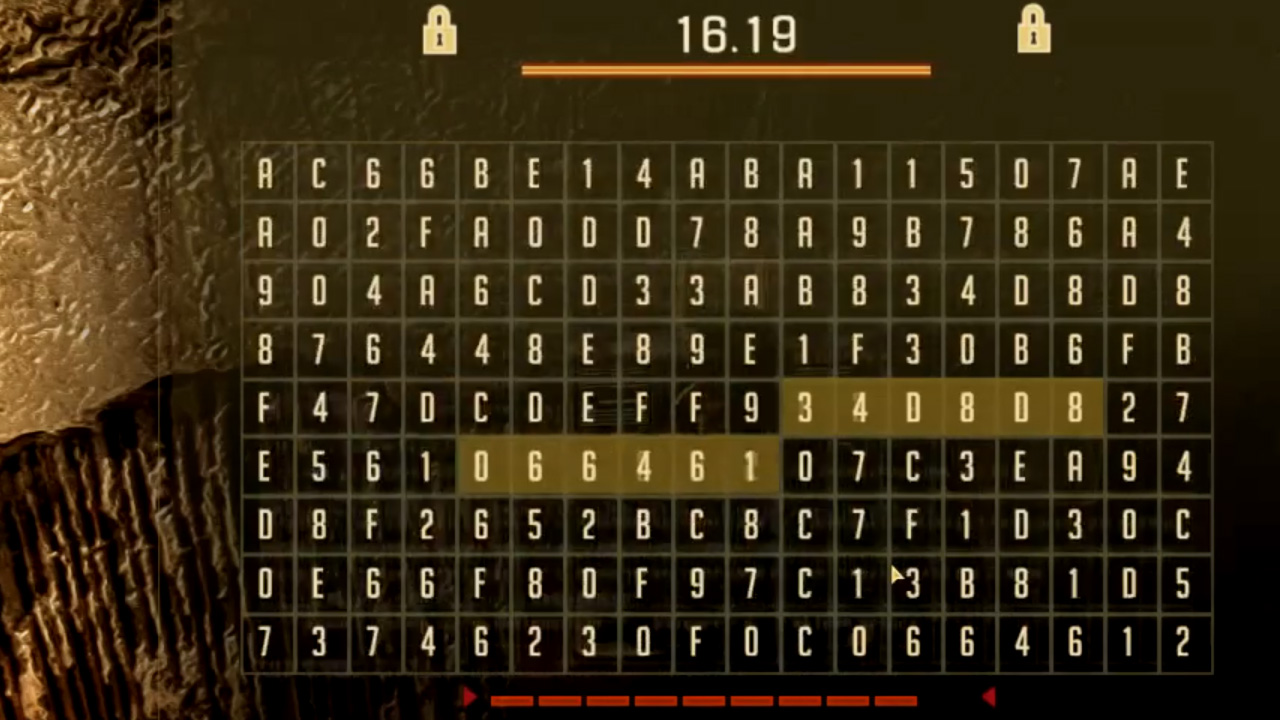 Obisidian's secret agent RPG is the stuff of mixed-feeling legend, but so universally-dismaying was its wordsearch hacking game that typing 'Alpha Protocol h' into Google suggests an autocomplete of 'alpha protocol hacking mod'. The problem's less the concept (one can make a case that looking for specific strings of characters is fairly hack-the-planet-appropriate) and more the presentation. Depicted as an enormous grid full of wildly-flickering characters with an insistent timer evaporating in the background, the overall effect is like trying to read a badly-photocopied map in the middle of a hurricane, while wearing somebody else's contact lenses. 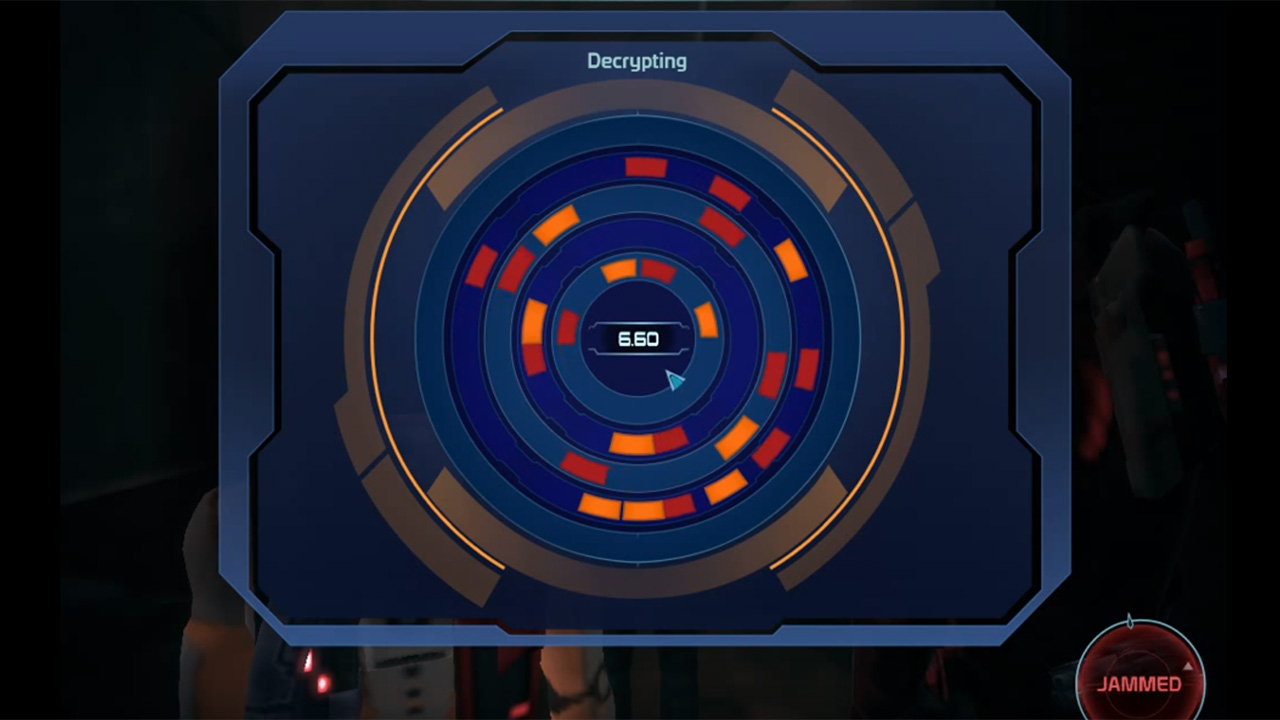 The first of Bioware's sci-fantasy RPGs suffered from the same case of dunderheaditis as Assassin's Creed 4 - believing that aping Frogger is compelling way of translating the tension of IRL hacking into gamespace. It's the year 2183, space travel is totally a thing, space magic is totally a thing, but the most advanced hacking tech available involves clumsily darting a Windows ME cursor through a blocky minefield designed on a C64? No wonder that cosmic ghost toddler tried to kill us all.