Back in the summer, I boldly declared that 'I will play XCOM 2: War Of The Chosen's daily challenge mode every day.' Er. Whoops. I've only played a handful since then, and I'm not alone there. Though the mode still pumps out a new challenge every day, it hasn't blossomed into a new religion in the same way The Binding of Isaac and Spelunky's daily random-o-map scoreboard challenges have for those communities.

Reddit's clearly not the be-all and end-all of gaming community sentiment, but it is a least a bellwether for popularity. A search for 'challenge' in post titles on r/XCOM turned up only four threads over the past month, none of which have more than a handful of replies. Only one of those is there to discuss a specific daily challenge, and its title is 'today's challenge is broken?'.

The other three all express broader dissatisfaction - too many cheaters; concerns about real-time timers; if only users could create their own challenges.

So far, so traditional internet complaint, but all three share the same sentiment: constructive suggestions for how Challenges could truly become our daily bread. Mesha8, a contributor to the player-made challenges suggestion thread, for instance, offers this:

There would surely be posts here along the lines of " Has anyone managed to beat Tom's impossible challenge".
Someone would make an all chosen at once challenge, or one where you're just OP for the fun of it.
Imagine if you could play as one of the chosen trying to take out a typical xcom squad.

As it is, the only community that does exist around this stuff is on Twitch and YouTube - no central sites which archive old challenges, no fansites, no competitive leagues, no nothing. And even the streams are a double-edged sword: some players watch them before undertaking a challenge themselves, so they know in advance where enemies are.

This alone makes a huge difference to the score, as a big feature of the challenges is that your point multiplier drops every few turns. So your total score relies heavily on guessing (or knowing) which direction to send your guys on the first turn - even one or two tiles is the difference between activating a pod of enemies and encountering nothing until the next turn. 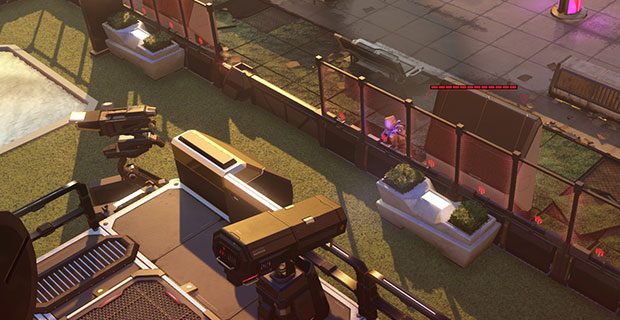 The sporadic presence of cheaters with dozens of hitpoints and auto-cleared fog of war further clouds the issue, even though WOTC was updated since launch to not let you into challenge mode unless you had all mods disabled.

A further obstacle to this being a daily coffee break treat is the nature of the game. You probably can't run it on your office PC or dour commuting laptop, for instance. Not to mention that (and yes, I timed this myself) it takes 19 seconds from the moment you click the game's name in Steam to the moment a Binding of Isaac daily challenge is on your screen, compared to a full 1 minute 3 seconds for XCOM 2: WOTC (far more if you don't skip logos or have a fast SSD). It's not an impulsive experience in the same way.

There's also an element of wastage. Unlike Isaac or Spelunky, these are hand-crafted challenges, so it's a certain kind of madness to lock them away forever once you've had your one try at each - not to mention that you'll miss one entirely if you don't fire up WOTC that day.

Despite all that, it's a fine addition to XCOM, and, a sentiment shared by many, just a few differences could have made it much bigger deal. My own favourite use of it is to watch replays of leaderboard-toppers in order to learn from them. By and large I'm not bad at XCOM - I even had a few top-5 leaderboard placements myself, but there's a ton I still haven't learned and I'm still prone to some really stupid errors.

Today was the first time I played a Daily Challenge in a couple of months, and a combination of rustiness and back luck also made it my worst-ever performance. So, here is my shame in its entirety, followed by a recording of the (at the time of writing) number one player's performance.

(Oh - apologies, but there is an audio clicking problem in these videos. It's a problem currently affecting most games on my PC that I've not been able to fix. I'd avoid headphones for these, if I were you.)

The difference is breathtaking - he takes down enemies in the first turn, I don't even find enemies in the first turn. He makes it until the time-out at the end of the match without casualties, I lose everyone. He finds his way out of all the mind control and stasis lock tricks the psychic-heavy enemy force inflicts upon him, I miss an entire turn because everyone's been brain-fiddled.

Rummage through the limited in-game menus that allow watching replays of earlier challenges, and there are some truly spectacular runs to behold. Runs I learn from, runs I gasp at, runs I frown at with real anger. Did they have advance warning from a video or a second Steam account, were extremely lucky, or are they just shit-hot? A bit of everything, I'd say.

Somewhere in that mix, there's still scope for a superb daily challenge mode that requires skill rather than too much chance or a sneak peek, and that is the first thing on every XCOM player's mind every day. Let's hope the next expansion, or sequel, or whatever, makes it happen.