If you've been bashing faces and fathering full-grown men in Yakuza 0 but had the game wonk out at certain points, take solace: it's not just you. While Sega's brawl-o-RPG does seem in sound shape for many after yesterday's launch, a few problems are coming to light. The biggest problem recognised so far is the game outright crashing at launch for some. And I myself experience a crash with a certain (thankfully avoidable) sidequest. Read on for... possible solutions? At the very least, read on to see children mock an adult's sex life.

"Thank you for your patience as we iron out our launch wrinkles," Sega say in their bug central forum post. "We'll have more information as we continue our investigation into the issues reported here."

Sega ask folks suffering the launch crash to send a particular file from their Windows user directory to their support department so they can diagnose the problem. Perhaps identifying the issue, a number of people who suffer the crash and whose Windows usernames contain 'non-English' characters report they have no such folder. I've seen some say they could indeed dodge the crash by making a user profile using only the basic ASCII alphabet. Obviously not an ideal long-term solution there, but maybe worth a go if you're desperate?

As for "the audio issue some users are experiencing", Sega suggest trying this possible fix pointed out by players:

Which... oh, yes, that might also be a problem for people whose names include those widely-used accents and alphabets. That's not confirmed to be the cause of all this, but may be something to bear in mind.

I consistently encounter one crash myself, with a sidequest that appears after becoming pally with toy car enthusiast Pocket Circuit Fighter. Y'know, after you defend him against the kids taunting him as a 29-year-old virgin (look, they don't know what the word means).

After that, a terrible tot will ambush Kiryu to start Substory #36, "I am Kazuma-kun". The kid just wants to challenge Kiryu, but the game crashes every time I start the race. I've seen several people report the same. Thankfully Kiryu can decline the challenge, and the wee devil will hang around the stadium waiting for you to approach and challenge him. Do not, or the game will still crash. Don't be caught off-guard and blithely say yes when you hear his cursed cry.

There is a telephone booth right outside the pocket circuit stadium, so you should save after defending Fighter's honour before returning to risk this demon encounter. I am left with the quest impossible to complete for now, but I've not had the crash corrupt my saves and it is at least avoidable if you know it's coming.

Yakuza 0 having been out for only 25 hours, I imagine it'll be a while before Sega confirm, catalogue, and fix all the game's technical issues. Get those patches rolling, baby.

But... aside from these issues, it seems real good? Read our Yakuza 0 review for more. I'm counting down the hours until I clock off and can go play more. So very many men need my fatherly advice. I will dad you all real hard. 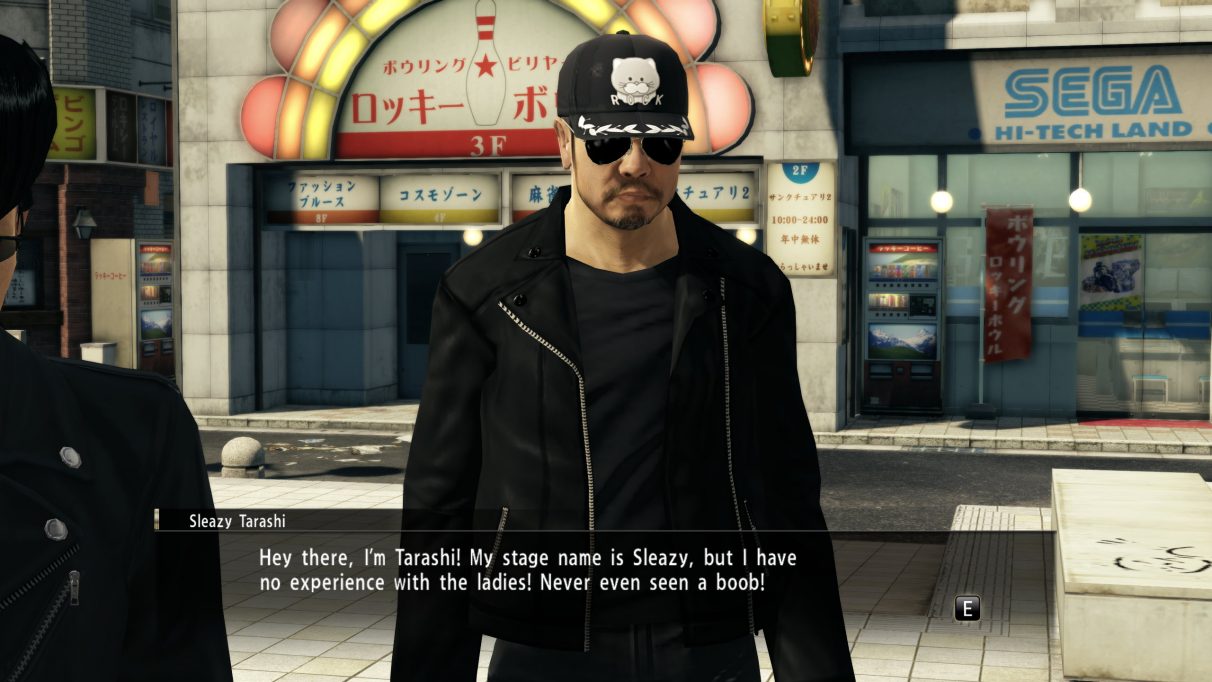