Back in November, PUBG introduced PUBG Labs. It's a sort of middle ground between the cordoned off test server and the final, public version of the battle royale 'em up where players can opt in to try new features while they're still on the cooling rack. The latest addition to PUBG Labs is this daft plane that you can try flying for the next two days.

Like other vehicles, the (officially titled) motor glider will spawn in various spots on the Erengal and Miramar maps during the test. It's only available for squad play right now, so you'll need to either grab a group of friends or go through matchmaking.

Two folks can ride in the death trap together. One pilots and the other rides whatever the plane equivalent of "shotgun" is. In order to fly, the pilot needs to use Shift and Ctrl as the throttle, get up to 65 km/hour, and then pitch up with S. Once in the air, S and W keys control the plane's pitch and the A and D control roll. Insert your own barrel roll joke here.

Instead of downloading and updating the separate PUBG Test Server from Steam, the PUBG Labs allow you to opt in to test changes like the silly plane straight from the lobby. You can try this one out for the next 48 or so hours until Dec 22 11pm PST/Dec 23 8am CET according to PUBG Corp. 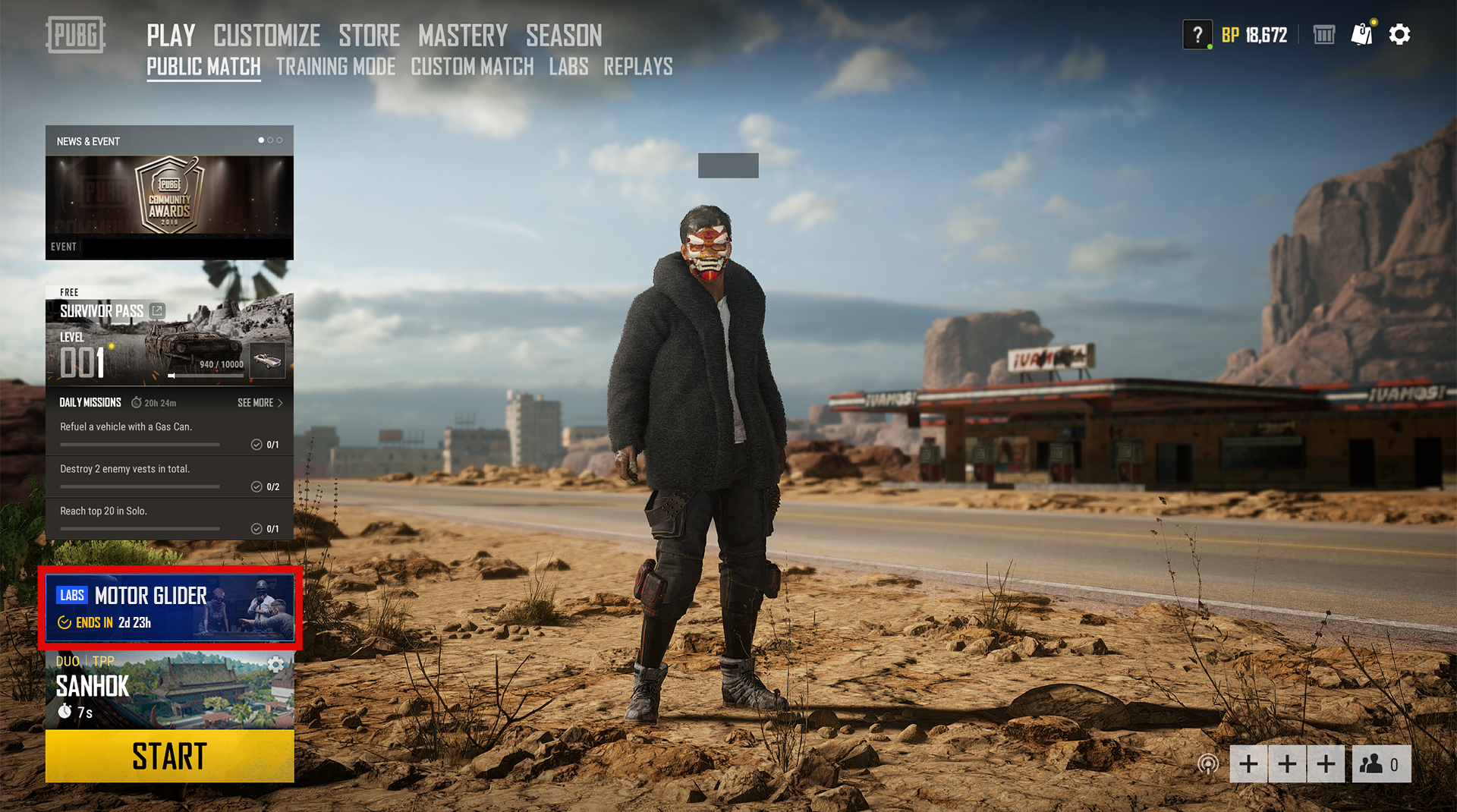 I have spent my fair share of hours in PUBG over the last few years but I can say with absolute certainty that the time spent has had a nigh imperceptible effect on my skills. I'm simply not very good, despite thoroughly enjoying the chaos. Another thing I am not good at is flying planes in games. I tried it once in GTA 5 and then never did so again.

I still remember when the dune buggy was added to Plunkbat. I was routinely shot in the noggin while driving them by players apparently head and shoulders over me in skill. I expect the exact same from the motor glider. I fully anticipate being sniped right out of the cockpit if I ever have the audacity to leave the ground in one.

Suffice it to say this addition is not aimed at someone of my skill level. That said, I am absolutely looking forward to the inevitable videos and gifs of the more talented among you pulling off some enviable sky battles.

You can read the rest of PUBG Corp's notes about the motor glider on their site before you jump in to test one.