You may well already know this, but going on the basis that most of the RPS team weren’t aware of it, let’s put the word out anew. As if 65 gigabytes of PC Middle-earth: Shadow Of War weren’t enough, there’s also an optional extra, free 10Gb download, comprising what’s officially called a ‘High Resolution Texture Pack.’ In other words, it in theory makes the grime, squalor and butchered viscera of Mordor that little bit more grimy, squalid and butchered viscera-y.

It’s not that simple. It’s never that simple. Join me as I investigate whether installing ten gig of ‘Ultra’ textures really makes a difference to your nemesising.

First things first: unless you specifically installed the HD texture pack yourself, you probably don’t have it on your PC. However, a couple of RPSers reported that it was installed, despite their not having consciously done anything to make it so. In any case, it’s worth a check: the norm does seem to be that you have to go out and grab it. Your copy of Shadow Of War will offer the option for ‘Ultra’ textures whether it’s installed or not, but if the pack isn’t installed, Ultra will look exactly the same as High. (There is thus a very really chance that a lot of people have been thinking they are playing the best possible looking version of the game even though they are not – the placebo effect can affect us all).

You can check whether it’s postively, definitely installed or not by right clicking on SOW in your Steam library, clicking properties, then DLC, and seeing if ‘Middle-earth: Shadow Of War High Resolution Texture Pack” is listed or not, and if it’s got a little white tick and the word ‘installed’ to the right of the entry. If it’s listed but unticked, tick away.

If it’s not listed at all, head to this page in Steam and click ‘download.’ Then, er, wait. Two of us on RPS found that clicking the button didn’t seem to do anything at first, but after a few minutes a new 10GB SOW update suddenly joined the Steam download queue.

In a similar vein, there is also a 4K cinematics pack, which ups the pre-rendered cutscene resolution from 1080p to 4K, but I’ve struggled to get this installed. Whenever I click ‘download’, it just boots up the game and nothing, in fact, downloads, and nor can I make the entry appear in the list of installed DLC. No biggie for me as my monitor is ‘only’ 3440×1440, and nor do I want to spend 25GB of bandwidth and disk space on cutscenes of all things, but fingers crossed that those who’ve gone full 4K have more luck. 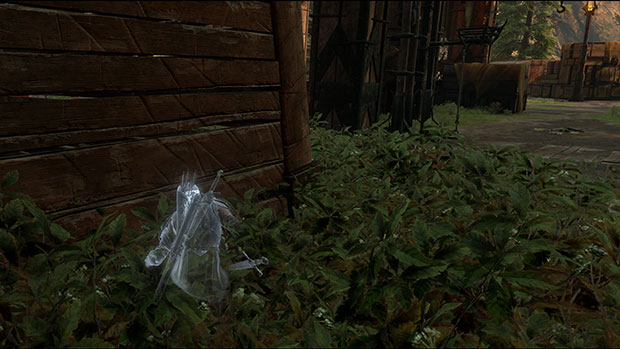 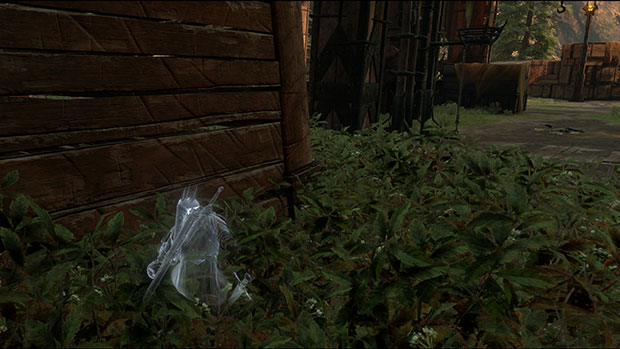 Let’s go back to those textures, and what difference they make. From a settings point of view, they mean that turning on Ultra Textures actually turns on Ultra Textures, as opposed to High but with a different title. However, this will only be possible if you have at least 8GB of video memory on your graphics card. If it’s less than that – e.g. a 6GB GTX 1060, then you’re staying on High.

I’ve also seen anecdotal reports, which I’ve not been able to confirm as yet, that you also can’t have Ultra textures if you have less than 16GB of system RAM. What I can say, from experience, is that performance takes a big hit on my 16GB PC if I have many other applications running. To get a stable 60 frames per second with these Ultra Textures, even with a 1080Ti GPU, I need to exit Chrome, Photoshop and most of my other regular apps – otherwise it drops to mid-40s and flitters all over the place. Exiting apps is easy enough, but I guess frantic multi-taskers will want 18-32GB of RAM to cope.

Or, alternatively, don’t bother with Ultra Textures at all, because there’s really very little difference between Ultra and High. On High, I get my solid 60FPS even with tons of other applications open, and I save 10GB of drive space into the bargain.

Now, I say that with twin provisos:

a) The thought that they have the absolute highest quality graphics really matters to some people, in the same way that $300 HDMI cables and the exact materials used in the construction of speaker stands really matter to other people. We have to respect those folks’ right to exist, even if we do make extreme efforts to avoid becoming trapped in a conversation with them.

b) There is a chance that the difference between High and Ultra textures will be a little more noticeable on a gigantic 3840×2160 4K television than it is on my 34″ ultrawide 3440×1440 IPS monitor. However, mine is not exactly a small resolution, plus I sit with my face unhealthily close to my monitor, so I do refute suggestions that I’m not going to see this stuff on my setup. It’s true that I don’t have a gigantic 4K TV to test this on, but I do have a somewhat gigantic 2.5K+ monitor. 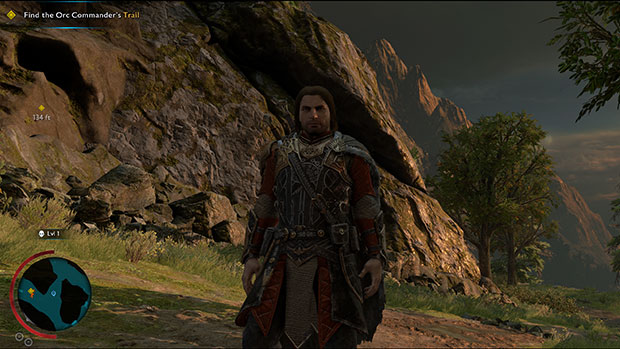 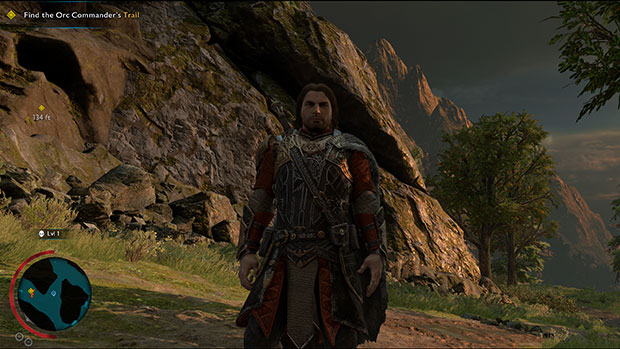 With that in mind: yes, there is a difference, but not much of one. I roped my RPS colleagues into a blind test, so to speak, of screenshots of the same scene, one with Ultra textures and one with High (using uncompressed BMP files, not JPGs, FWIW) and everyone was able to correctly pick the Ultra one. Half of them weren’t 100% confident in it though, and all of them had to carefully scour the screens for it, rather than felt the improvements jumped out at them.

That is my own experience too: I can see the difference, by which I mean a little more sharpness to the grain of that wood there, some slightly less coarse edges to coloured splodges on leaves there, a teensy bit of extra glint to some mineral deposit on a mountainside there, a touch more frill to the moss on that rock there, but only if I search static screenshots really closely for it. When the game’s running and I’m moving around, I simply cannot perceive much if any difference, even when searching closely. And if I’m searching closely for it, I’m doing that instead of enjoying the game. The ultimate question for me is ‘does this increase my enjoyment of this videogame?’ The answer to that is a resounding ‘no’. 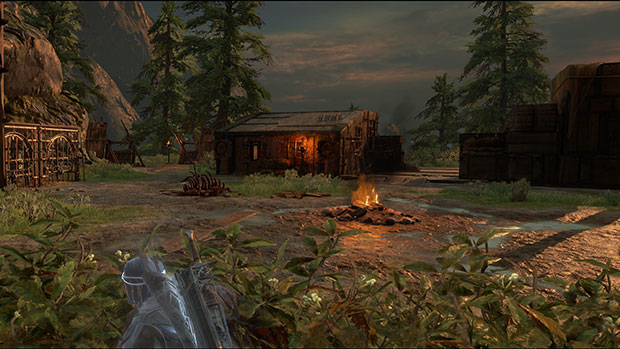 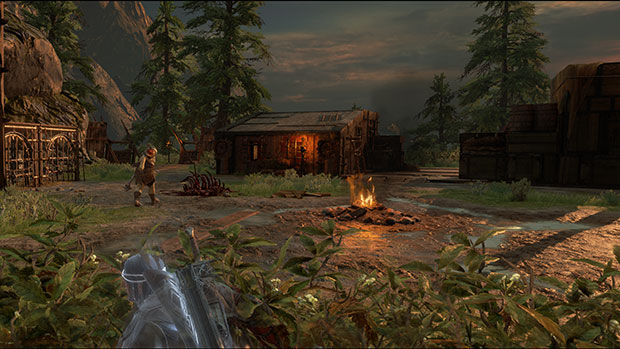 I don’t say that purely out of inverse snobbery towards those who passionately believe that higher graphical settings make for a meaningfully better game, but because the difference in this specific case really is incredibly subtle. Time was that the PC version of multi-platform games really did suffer on a textures front due to a development that had prioritised the extremely low RAM/VRAM of the then-consoles, and so a big ‘ol pack of new textures would make an immediate and constant difference, but that age is pretty much behind us now – plus the advent of the Xboxx and PS4 Pro means games like SOW are being specifically developed with very high resolutions in mind anyway.

If you want to decide for yourself, littered throughout this post are are a few examples. Click on any image to see a high-res version. They were capped at 3440×1440, but for ease of viewing I’ve cropped them all to a more conventional 16:9 2560×1440. Outside of the cropping, I haven’t done any resizing of the click-through versions, but their details might be prey to some JPEG compression. 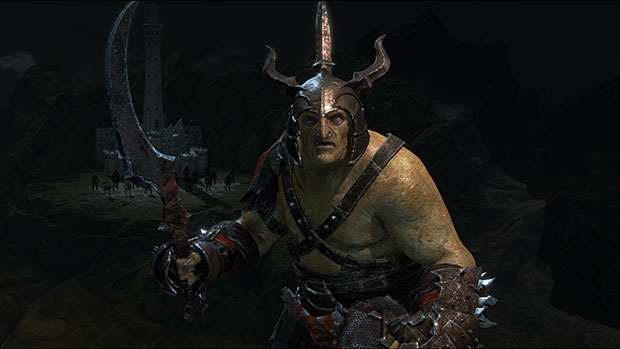 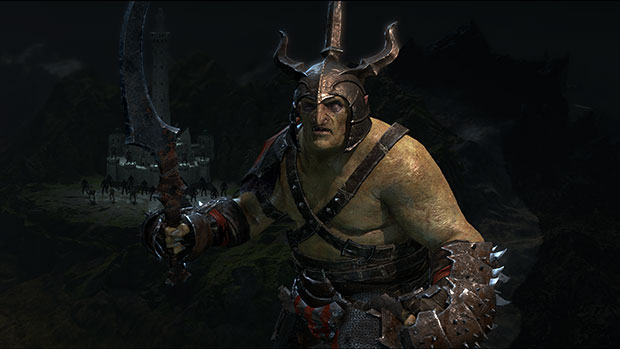 If you think the JPEGiness obscures the deal too much, you can click through to this Google Drive folder and eyeball totally uncompressed, unfiddled-with in any way, 3440×1440 BMP files. I would argue, however, that if JPEG compression is enough to almost eradicate the difference between Ultra and High, there really can’t be much difference between Ultra and High. But perhaps you, the person who recently dropped the best part of two grand on a new television and is resolute that your life is improved as a result, will feel otherwise.

For my part, I’m happy leaving the textures at High despite having the tech-muscle for Ultra, purely because it spares me faffing around with closing down background applications. My orc-murdering experience has been entirely unaffected by this noble sacrifice.

Middle Earth: Shadow of War's loot boxes are no more