The results are in! The links between the longevity of Steam Charts and the decreases in violent crime, the improvement of sanitary water supplies, and sudden global drops in serious health issues, are no coincidence at all!

To quote from the paper recently published in Nature, "Causal links have been shown connecting Rock Paper Shotgun's Steam Charts articles to a remarkably number of positive worldwide trends, with strong suggestion that a global dependence on the column has been established, such that its weekly appearance is vital to humanity." 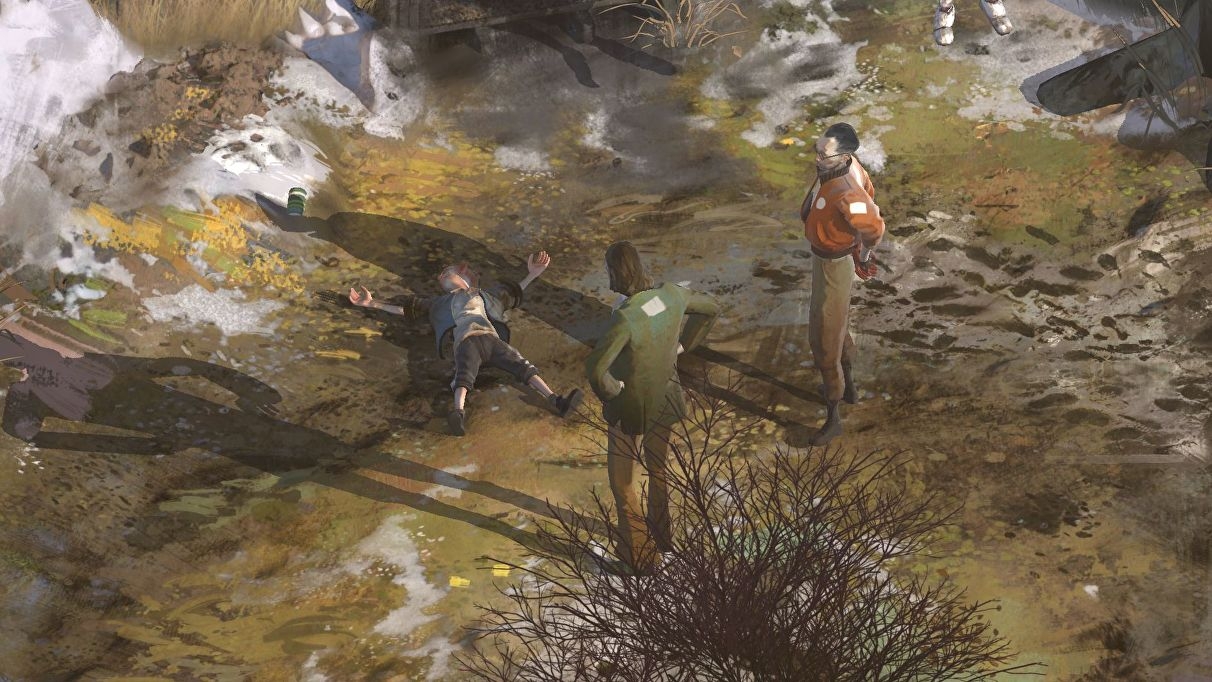 How splendid to see this dip its tippytoe back into the Charts! In fact, it's a remarkably good week not just for what's appearing, but what's not! It's that post-sale respite.

RPS is doing some lovely coverage of this one, the game's esoteric approach to a familiar genre inspiring all sorts of splendid writing, including Alice Bee's cockroach obsession and Philosopher Matt's exploration of existentialism.

I still haven't gotten around to playing this yet, nor indeed have I found time for The Outer Worlds! But I promise I'll play them over the next couple of weeks and get back to you about them then. 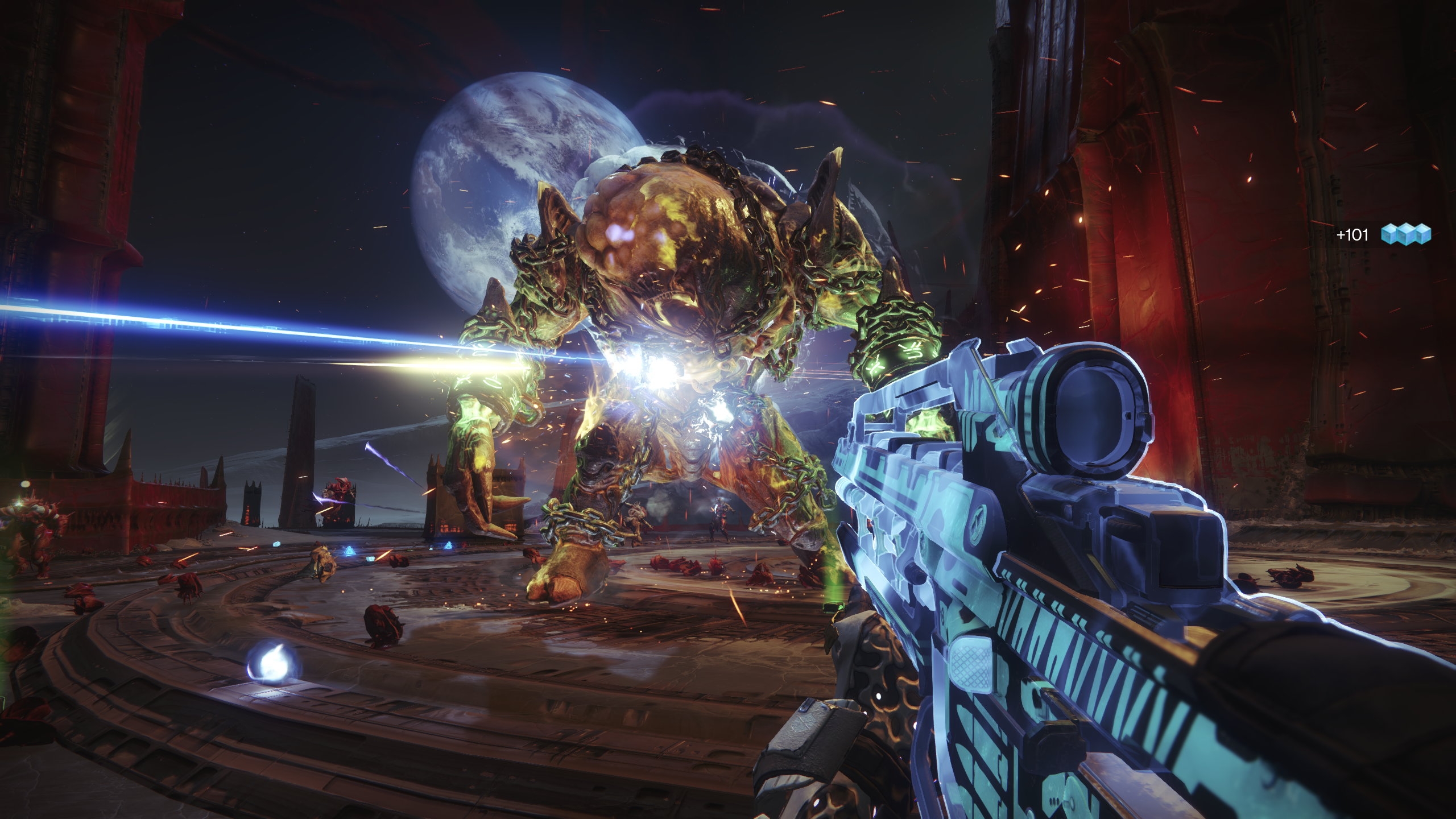 Just one position this week? Right at the bottom end? In my unfailing inability to predict anything that happens in this ridiculous chart, I certainly didn't call that one. Hell, last week I wrote, "With regular updates and additions, Destiny 2 looks set to be another permanent resident of the Steam Charts now it’s left its Battlenetty former residence." Never trust a word I write. I'm an ignoramus.

Still, I imagine it'll be a recurring entry with each new DLC, so I still think it's worth my time deeply investing in establishing one of my infamously popular running jokes. I'm going to devote every resource to this for the foreseeable future, such that in, let's say two weeks, I have an absolutely stunning runner to use for Destiny 2. 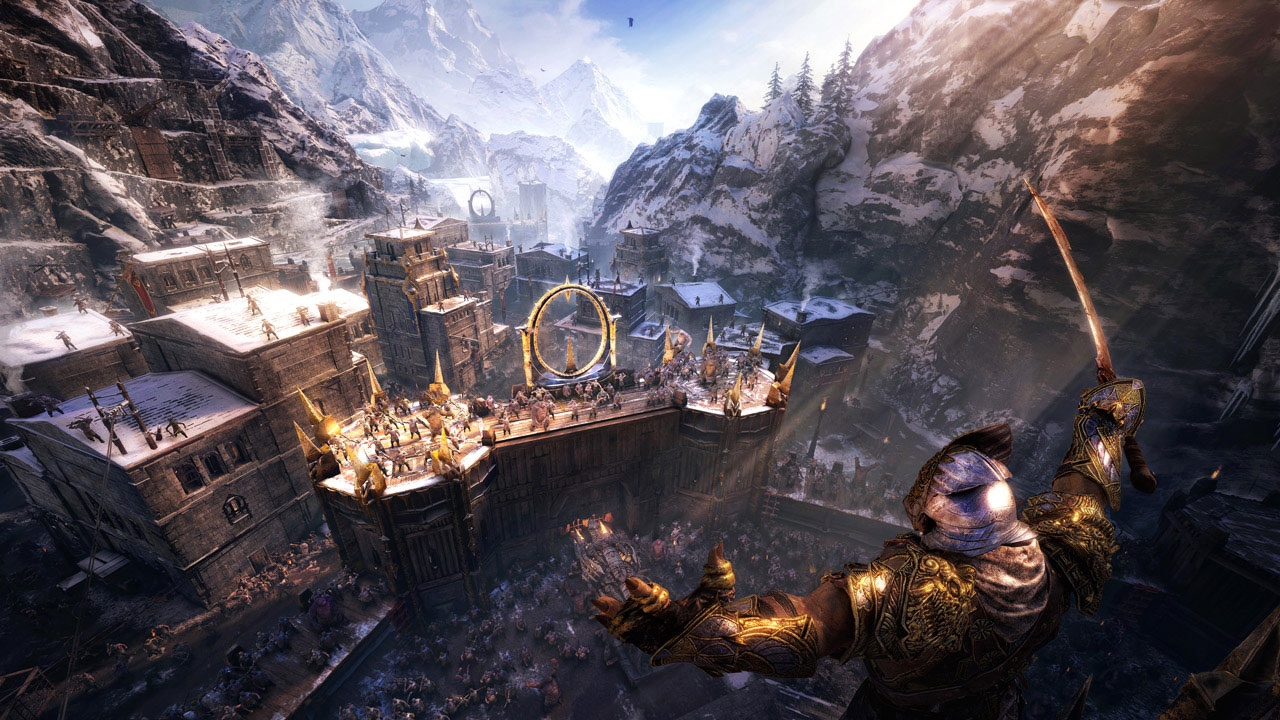 In what is obviously a quiet week for Steam sales, it's perhaps not great news for Warner Bros that this is the only game to chart following their "publisher weekend". And that's despite some fairly decent offers being in there (amongst some terrible ones, like the year-old Hitman 2 Gold being a mere £30, down from a blistering £75).

For instance, Mad Max was £4, the Arkham games even cheaper, and some of the excellent Lego games down as low as £2.50. Bet you wish you'd caught those. Or indeed you're saying, "Gosh, those are old games John, you silly man." And yeah, well, erk, that's pretty true of WB's entire catalogue. They've not even published a new game since April - Mortal Kombat 11 - and their only other original release this year was The Lego Movie 2 Videogame. They had nothing for the big October/November window at all, and the next thing on their slate is Cyberpunk 2077, which as has been previously established, will absolutely miss its April 23rd 2020 release date.

When that does eventually come out, it will absolutely do great money, but goodness gracious, the well at Warner seems otherwise very dry. Even their cash-cow Traveller's Tales seemed to have clamped up, with just Lego Star Wars: The Skywalker Saga announced for an unspecified date next year, having only churned out the movie sequel game in 2019.

I have no insider knowledge to read anything into this. All I can assure you of is the ongoing analysis of such situations from Steam Charts for the foreseeable future. 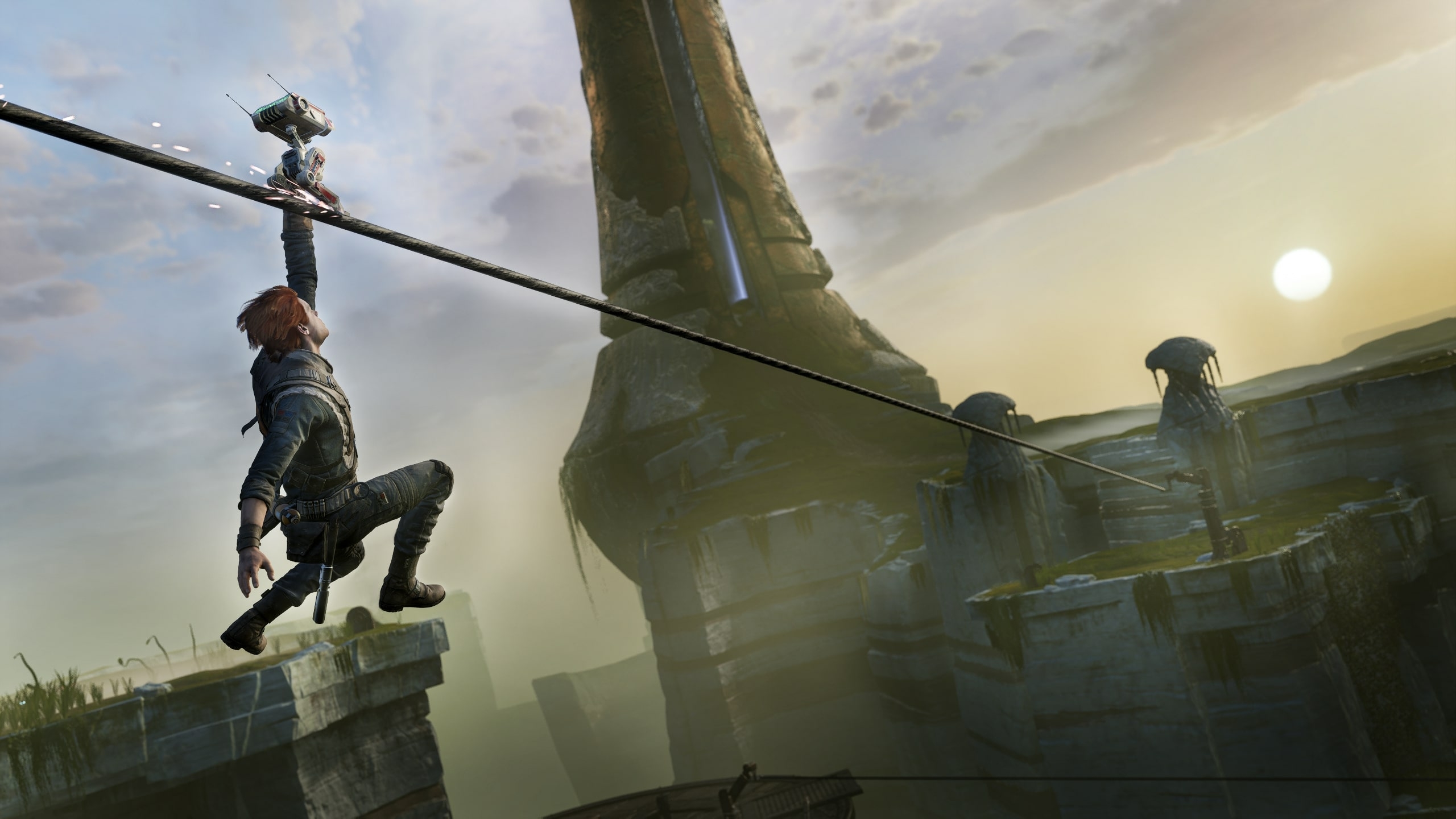 Please may I confess something to you? But you have to keep it a secret, alright? Promise? OK. Since I left RPS in April, I've really not been paying nearly as much attention to gaming news. No, shhhhhhhhhhh! You said you wouldn't say!

So honestly, until last week I hadn't clocked the existence of a game called STAR WARS [shouted] Jedi: Fallen Order [falsetto, one must assume]. And I flipping love single-player action-adventure! I have the very loosest relationship with Star Wars imaginable - I couldn't tell you the names of the last few films, and haven't watched one since the utterly awful Rogue One made me actually heckle a cinema screen. (Very quietly, but out loud by mistake. I think it was the bit where Forest Whitaker magically teleported across a building after protesting he was too slow to escape on a ship. Or pretty much any single line of dialogue spoken the entire way through.) But then I love KOTOR like a family member, think Dark Forces is better than Doom, and have always had far more time for Star Wars games than films.

It wasn't until just now that I realised it's being made by Respawn, they behind the completely splendid Titanfall 2! And seems to be an attempt to make the Dark Souls format accessible to gormless buffoons like me.

In my new-found discovery of the game that's out next week, I've also discovered it was written by the author of the execrable Mafia III story, so that's less good. Matt's splendid preview ("successful parrying usually marks the difference between a jedi or a deadi") also suggests the story told might be a bit of a whiff, which is a shame.

And do you know what? Those are a large collection of reasons to be interested to buy this, but also wary to hold off until reviews are out. Unlike every single idiot that is responsible for this charting before any have been written.

But worry not, this'll be out next week, and I'll have definitely had a play of it by the week after that, so you can certainly look forward to reading about that then.

This week I tentatively introduced a very picky good chum to MONO's Halcyon (Beautiful Days), one of my all-time favourite pieces of music, and the greatest thing I've ever seen performed live. He rather fell in love with it. So maybe you will too?

And then you can join me in my mourning that their 20th anniversary show at the Barbican this December is long sold out. It is to be a sequel to the performance from which the video below is (horribly badly, yet somehow officially) taken, their 10 year, accompanied by a full orchestra. Weep. 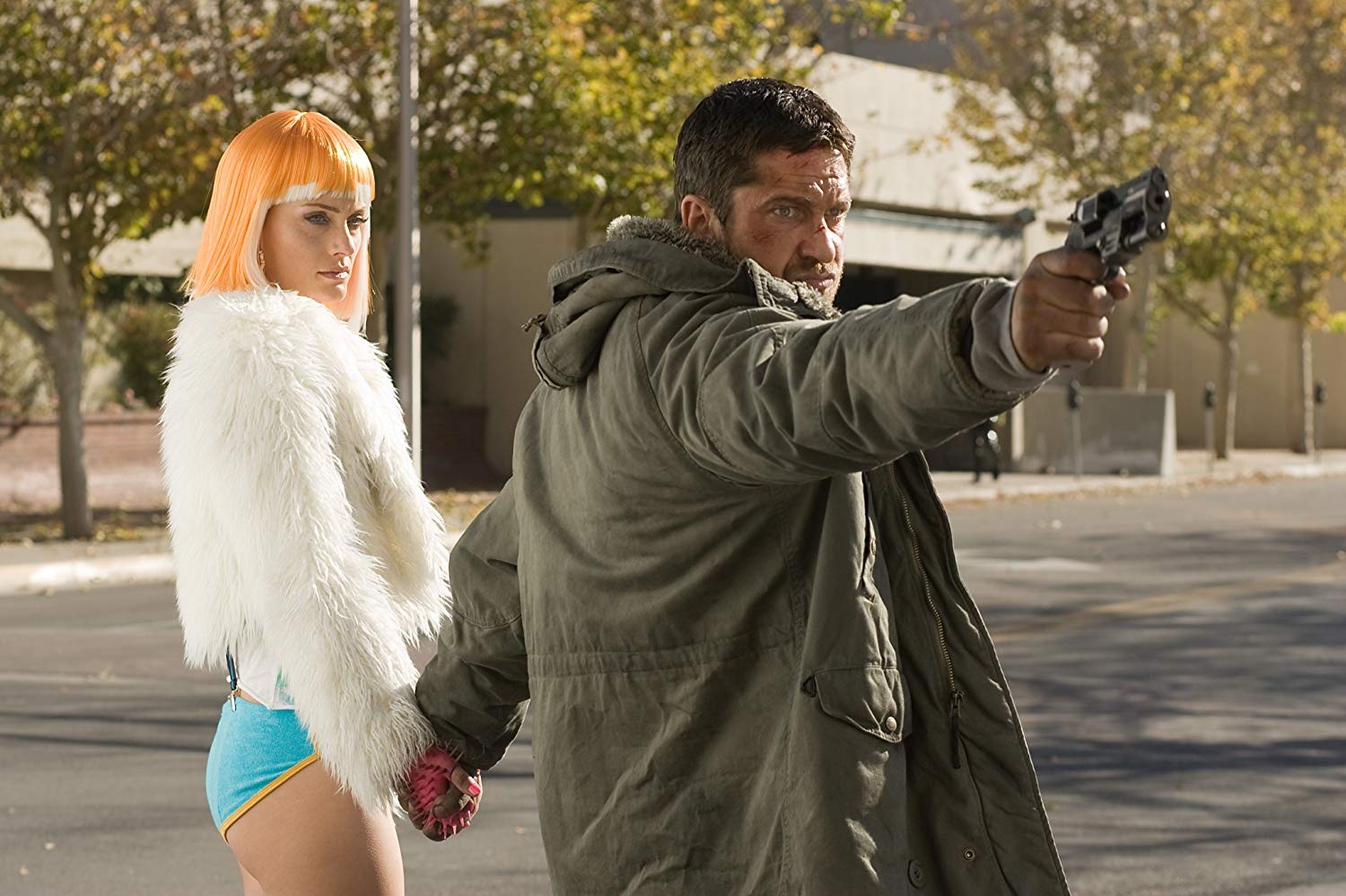 Oh to hell with it, we've got all the time in the world. Let's just have some more music! 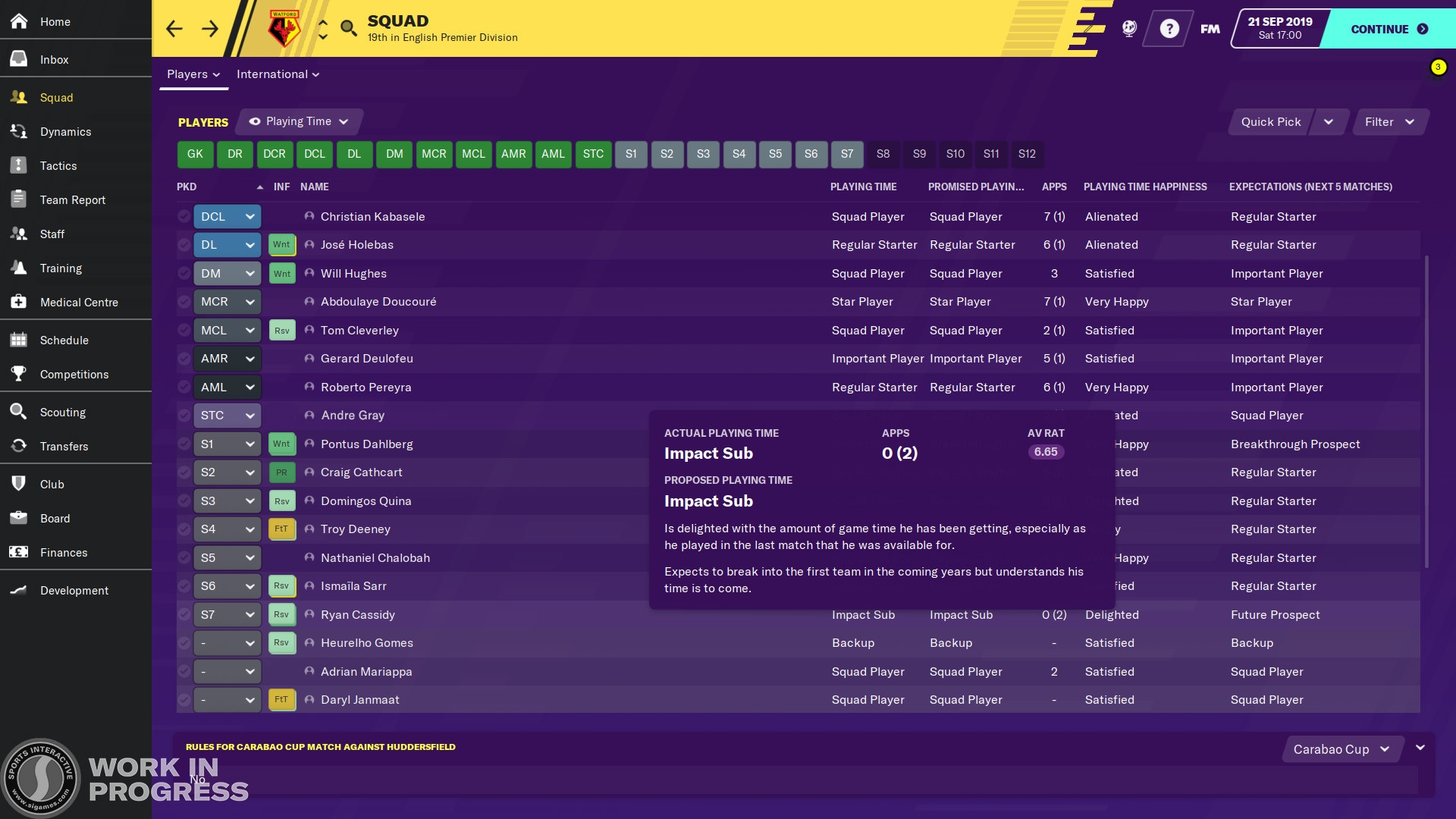 Still not out for another week, but at least you get access to the beta if you buy it now. And buy it people are. Last week I was a little bit facetious about the triumphant sport of kickerball, and for that I apologise. This week I shall take things a bit more seriously as I recommend a few techniques for a more successful play of the game:

Buy early, buy often: A big mistake foot-on-the-ball manager-men make is to wait too long to buy their players, such that when the game starts, they don't have enough. Who can forget Liverpool's infamous 2013 opening match when manager Barry Gloughingborough had only hired five players in total, and had to play on the team himself!

Try to be interested: It's easy to forget not just how excruciatingly boring football is, but how unutterably tedious it is to play games about managing football too. So it's important when setting out to try really hard to find something about it interesting, if you want to sustain play for as long as possible, before the merciful embrace of death gently drags you away.

Imagine you're at work: A neat method to get your mind in the correct place for a game of Foot-at-a-ball Managing is to pretend you're at work, which will immediately acclimatise you to the presence of so many spreadsheets and so many menial decisions that have to be made. A good way to make this more realistic is to ask someone to take some of your money away, and only give if back if you play for ages.

Break up your time: A good way to do this is to intersperse times spent with Football Man with playing a game. There are all sorts of entertaining games available on the PC via a number of outlets, and you could brighten up the time with little bursts of one of these, as a reward for having sat through even more slideshows about uniform costs.

Hopefully that'll get you started, but seriously, you don't need to worry - I'll have plenty more advice in a couple of weeks, so you really don't need to be concerned about not having heard everything I have to teach you just yet. I'll be back any day now. 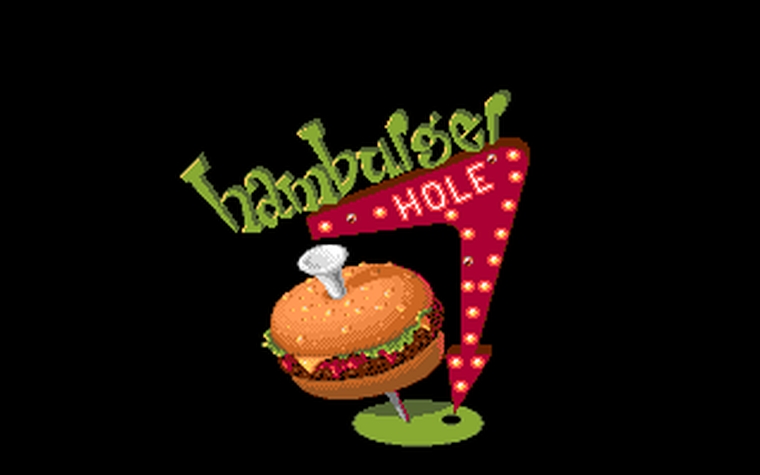 This private jet. Don't worry, we've got plenty of time to save up together.

Presumably managing the two top spots via it's regular £35 version and it's "Deluxe Edition" for £43, this is a rather nice one to see making all the dosh. Nate really rather liked it, despite inexplicably saying it's too cute.

But that doesn't mean it escapes the eternal Steam Charts glare of What Makes It's Deluxe Edition So Deluxe Anyway?

For an extra £8 you'll get... three extra animals to put in your zoo. A pygmy hippopotamus, Thomson's gazelle and komodo dragon. And, um, some wallpapers and a soundtrack. Wow that's terrible.

I mean, komodo dragons aren't terrible! They're one of the best animals of all. Which only makes it more disgraceful they'd be locked in a paywalled cage, frankly. But can we talk about wallpapers? WALLPAPERS? Is there anyone who in existence who's ever spent extra money on a game so they can get some fucking jpegs?! AAAARRRRRGGGGGGHHHHHHHHHHHH.

Oh what's that? Yes, of course we'll be married! Just as soon as I'm back from the war.

Hang on, I think I can hear a weird noise coming from upstairs. It's probably the pipes - I'll just go check.

The Steam Charts are always compiled via Steam's internal charts of the highest grossing games on Steam over the previous week, unendingly provided for you to read forever and ever and ever.