There is nothing worse for a world-leading chartologist (PhD) like me than a Steam sale. All sense is lost, all decorum thrown to the wind, as the same few games come stamping all over everything like an uninvited six year old whose parents let him go to bed whenever he wants. And we're entering Sale Season, people. It's going to get stampy. 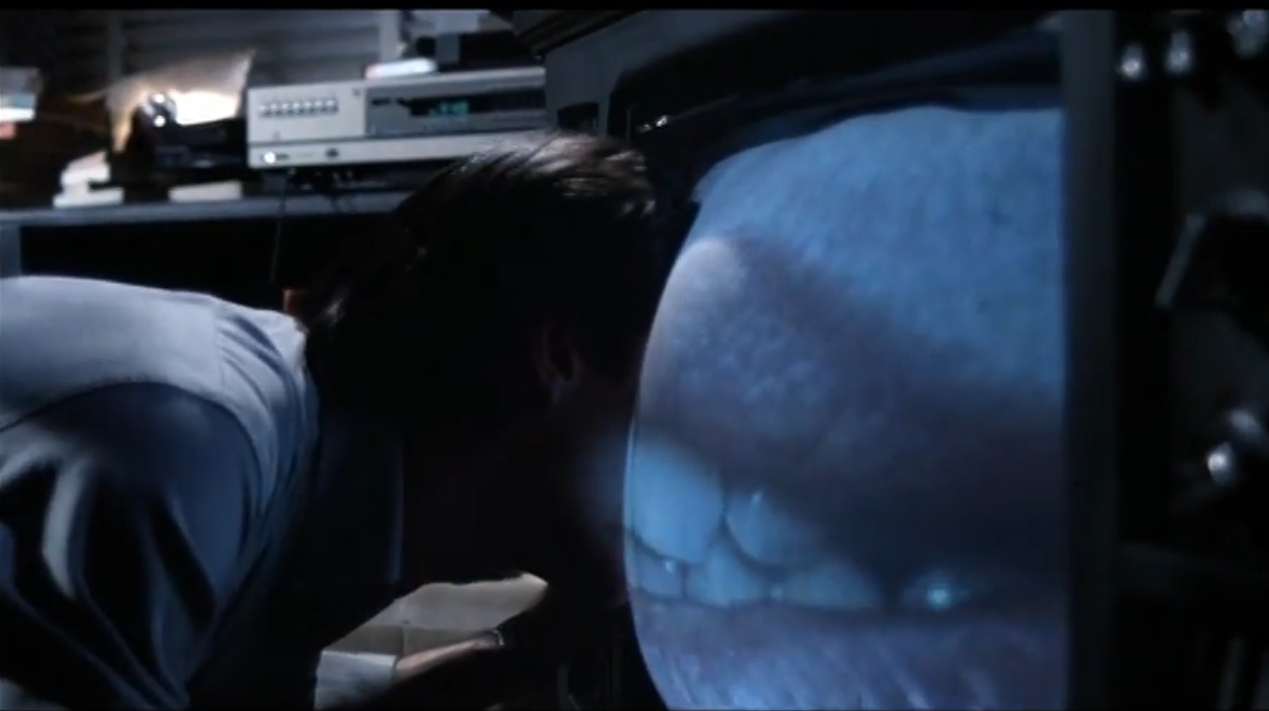 Imagine if Cronenberg came back from his retirement to make one more movie, and it was a celebration of his '80s work. I like to imagine that. I mean, the guy's 76, I really should let him relax, but just imagine if we could get another movie in the style of Videodrome, Scanners or The Fly. That scuzzy aesthetic, the visceral effects, the sense that no rules of reality are going to apply - I just want one more!

And because I feel a need to say something controversial every time this sodding helmet appears in the Charts, not like Naked Lunch, which is a truly terrible film. So there.

- Its contents are too relevant.

- It was in some way coherent.

- Its beak is too shiny.

- It's a meandering collection of in-jokes and self-indulgence that appears to only exist to exploit traffic from Steam, while entertaining a small group of regular readers, at the cost of anyone who stumbles upon it hoping to find useful information about games they're interested in, in what must ultimately be considered an act of hubris and vanity.

I'm feeling contemplative, so let's have some Julianna Barwick. This is Nebula from 2016. Which makes me really hope she's got a new album coming soon. 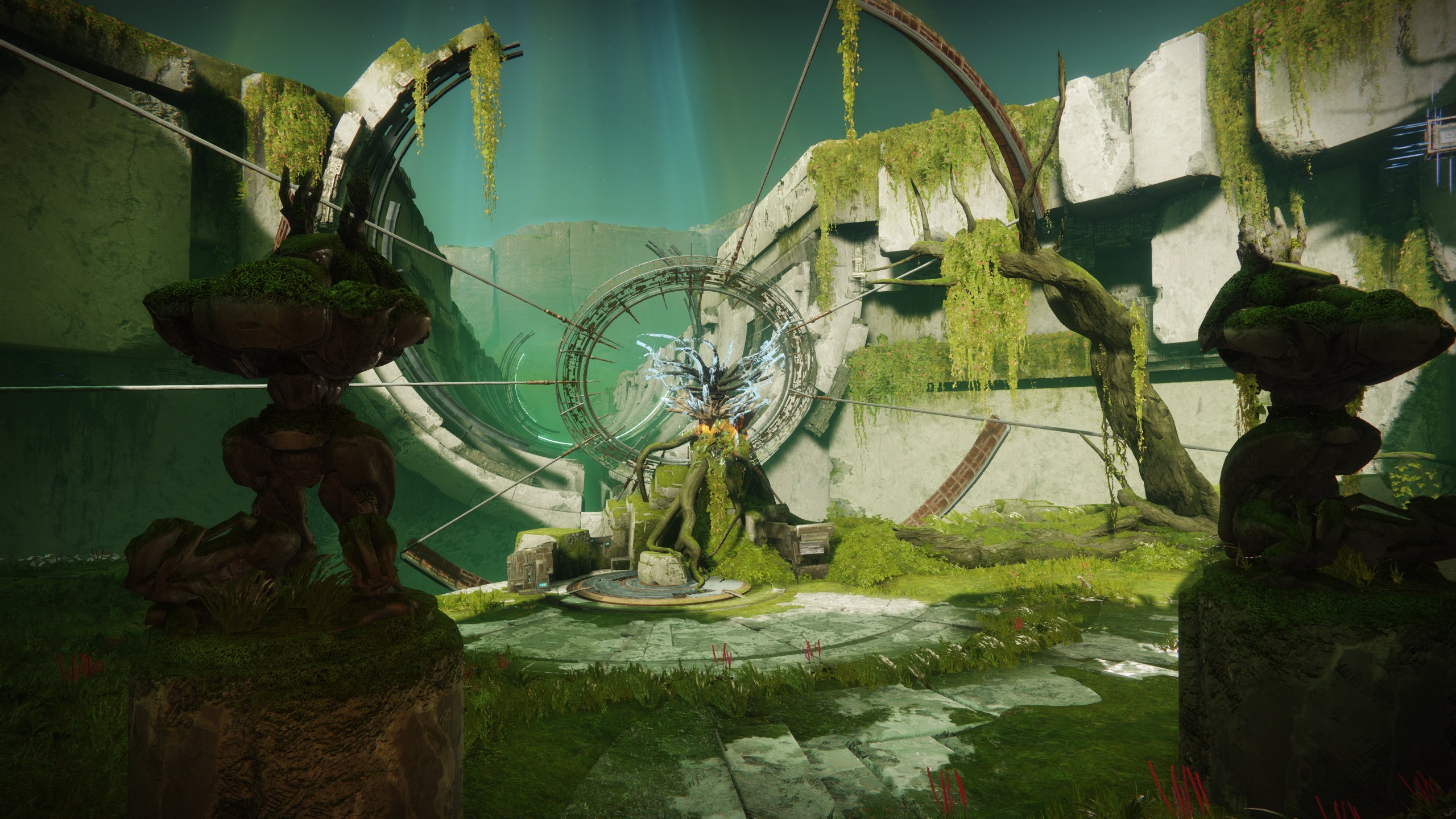 With regular updates and additions, Destiny 2 looks set to be another permanent resident of the Steam Charts now it's left its Battlenetty former residence. Which means I either need to think of a new running joke, or chop my arms off at the shoulders. The second arm's always the trickiest.

This week however, I'll continue my ongoing lament at how impenetrable the whole game is to new players. As I previously reported, my attempts to get on board with its Steam release were completely bemusing, a sprawling directionless mess of a hub, with no clue of where the game actually is. It was with some relief and astonishment that I learned it wasn't just my being a big old thicky, but that the core of the game is hidden in a distant corridor, only found by talking to an unmarked character at a market stall...

And this frustrates me because I see people like Alice and Rami Ismail having such a splendid time - and perhaps more importantly, such an involved time, and I want to enjoy that too!

I don't mind this so much when it's something like Eve. I'm never going to have the time or mental energy to work out how to get involved in that entire other reality, but the stories the place generates are such a joy to read. But Destiny 2 doesn't offer the elaborate anecdotes - you really have to be there. And it just doesn't seem to want anyone new to show up. 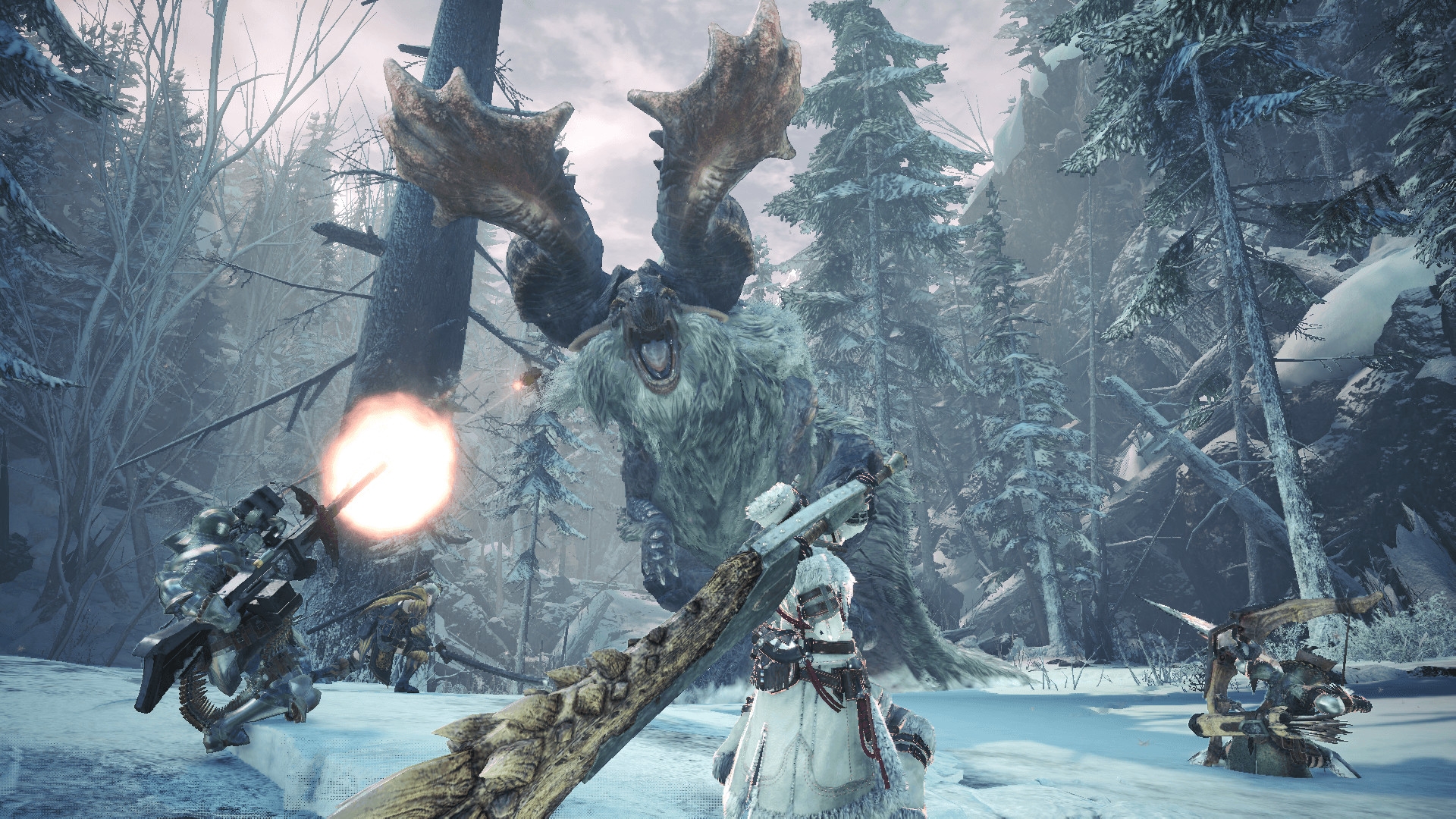 This expansion continues to cost the price of a whole new game, and continues to not be out on PC until next year, and people continue to buy it in such volumes that it occupy a third of the Chart. I continue to look upon humanity and weep. 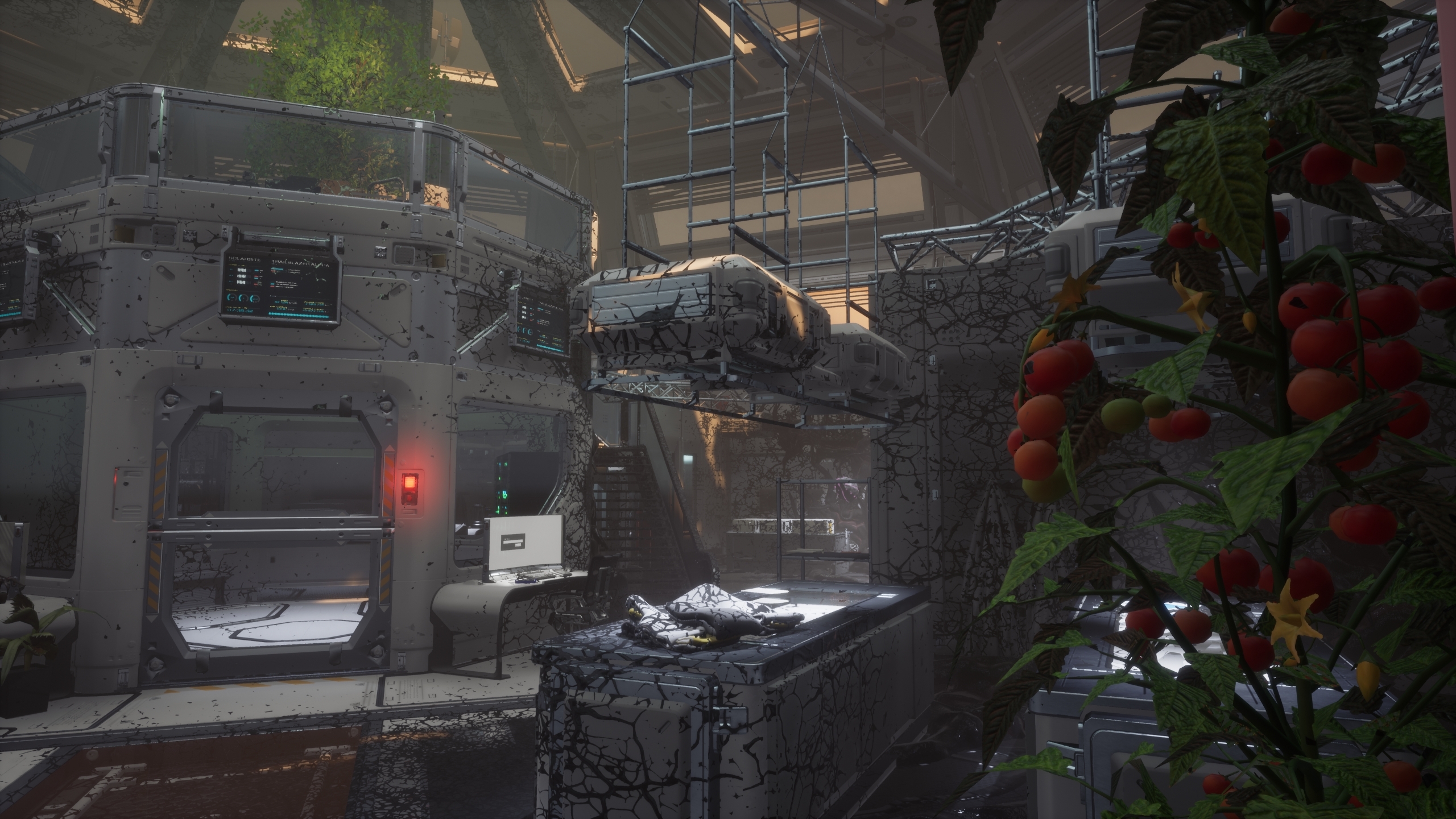 So instead I'll sneak in a little review of Moons Of Madness, a new game from Funcom that's set in The Secret World's universe, but a walking sim on Mars.

I find Moons Of Madness interesting not because it's good, but because it's average. It's a sort of poster-game for mediocrity, and I mean that in the true sense of the word, rather than in its more tiresomely common pejorative sense. Moons Of Madness is fine. It's as fine as fine can be. It'll absolutely do. Without being particularly special.

I call it a walking sim, but that's perhaps a little inaccurate - there are puzzles within this, albeit mostly very basic ones, awkwardly crowbarred in. But for the most part, you're walking about various Mars bases, or trying to move between them, as a weird plant-like lifeform gradually takes over. You experience the story through occasional radio chatter, but more often from reading notes and computer screens dotted around the environment, as you try to piece together the events.

I'll give it this though: at least you're not trying to piece together events from the past. These are the current events, the things that are happening right now, and this lets the bases evolve as you play, rather than act as a breadcrumb trail in an abandoned museum. And for TSW fans, there are all sorts of, well, breadcrumbs hidden throughout that tie it into the lore of that MMO. This is set in the future, 2060ish, and the Mars base has been funded by the Orochi group - so you know it has to be up to something suspicious.

It's also very similar to so many indie efforts like Event[0], Interpoint, The Station, CAT Interstellar, The Fall Of Lazarus, POLLEN... That's a mixed bag of games, but each overlaps with the next in my memory, so similar is the "explore an abandoned sci-fi setting" motif throughout them, and Moons Of Madness slots right in to that muddle. Then of course it also has the rather larger looming comparison of Tacoma to worry about.

And yet, like I said, it's alright! I've trudged through it, mostly sort of enjoying the unfolding story. It has a couple of good jump scares (and a few too many not good ones). And I find myself realising that I want to recommend this game to people, while telling them not to get their expectations up. Sometimes fine is fine! 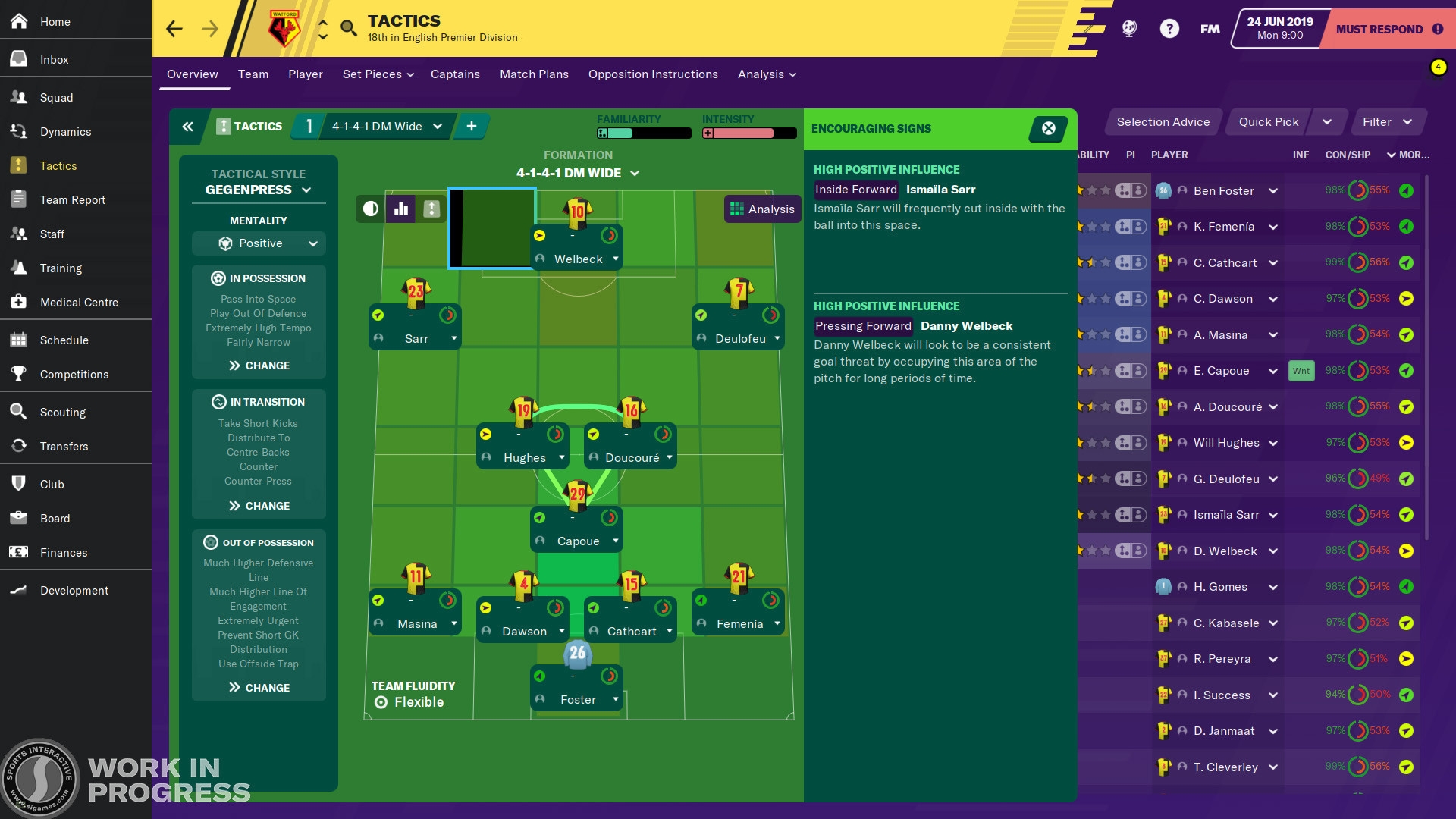 Footingball Manager games get a lot of flak for the often very mild iterations between each annual outing, but it's often unfair. This one's out in a couple of weeks, but buying it early gets access to the beta, so here's a round-up of all the new features implemented in the 2020 edition:

Back-Half Ball-Forwards: A common criticism of the recent FM games has been the lack of a way to get to grips with the modern games' greater tendency toward back-balling in the front, and back-half left-forwarding. Sports Interactive promises that such issues are far better addressed this time out, with options to ensure players like Dagenham Bistro and Zlatano Bellingham-Smythe can take proper advantage of the side passages. There's still no word on if strikers will be able to circumvent, as became far more common in the Cathedral City League in 2019, but we hold out hope.

Racism Toggle: As has been widely reported, players will be able to toggle not only the crowd's racism, but also that of the players. But the even better news is there's now to be a properly diverse range of racism available, with the possibility for crowds to turn on almost any non-white nationality or colour, with specific epithets written to match the make-up of any given team.

Brexit: A random event that can occur at any point during the season, wildly affecting your players' value and club finances.

Real-time Lighting: Spreadsheets and graphs will now be lit based on the time of day you're playing, with shadows falling realistically across bar charts and pie graphs.

Social Media: One of the most requested features is surely the headline addition in 2020. Finally players and their partners will have their own social media pages, from Twitter to Instagram, where they can carry out ongoing feuds and post bewildering conspiracy theories. And don't forget the splendid Wagatha Christie mini-game mysteries to solve!

Post-Career Content: The game's not over when their game's over! Now managers can get involved in the post-play careers of players, including appearances on Dancing On Volcanoes and Celebrity Crimewatch. 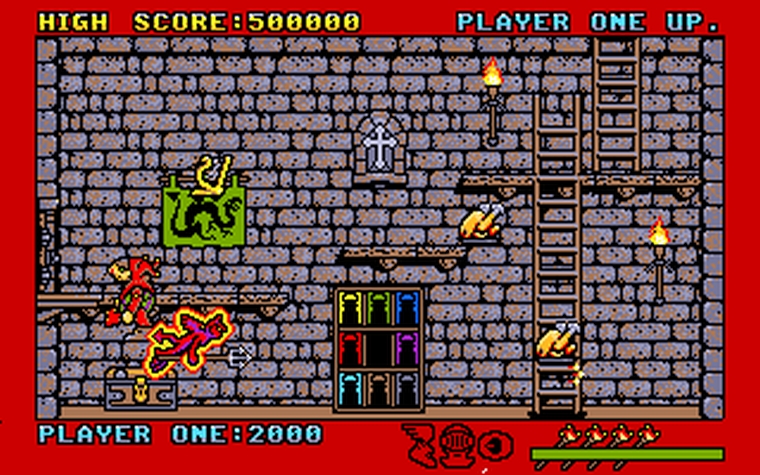