Has your account been hacked? Have your favourite game's servers been compromised, revealing private data about you and your family? Are your bank details at risk?

I honestly don't know, but wouldn't that be dreadful? Hello it's the Steam Charts. 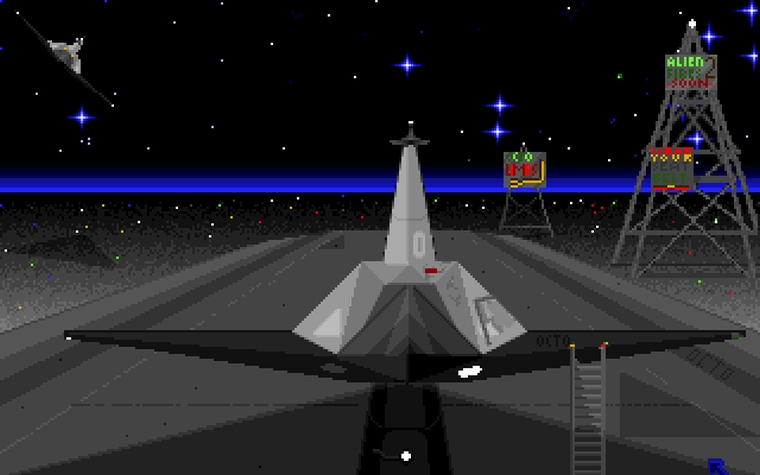 Thank goodness they're very good, or it would be such a waste of the band name The World Is A Beautiful Place & I Am No Longer Afraid To Die. This is their famous song, January 10th, 2014: 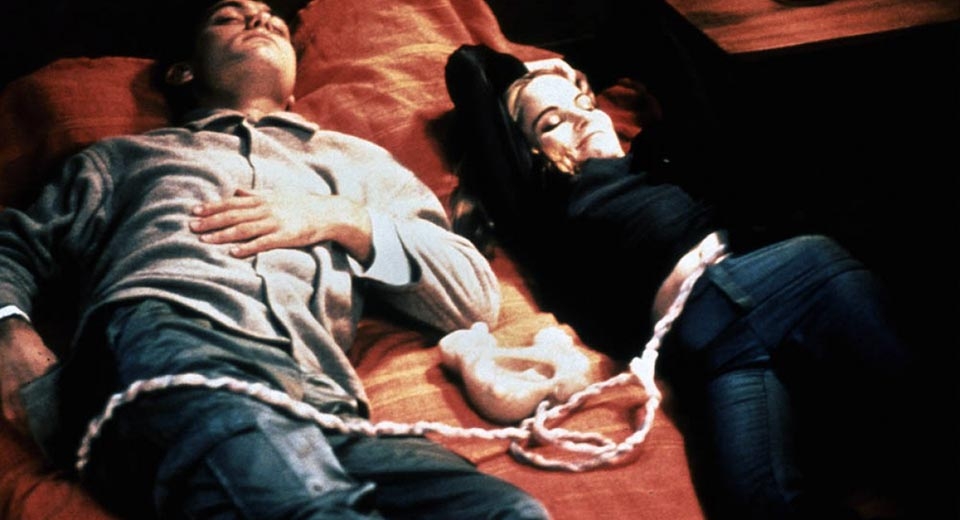 It's good to get all the running jokes out of the way at the start. Mostly because the people who complain about running jokes go away more quickly.

VR is mediocre and doomed to fail in every generation. K thx bye. 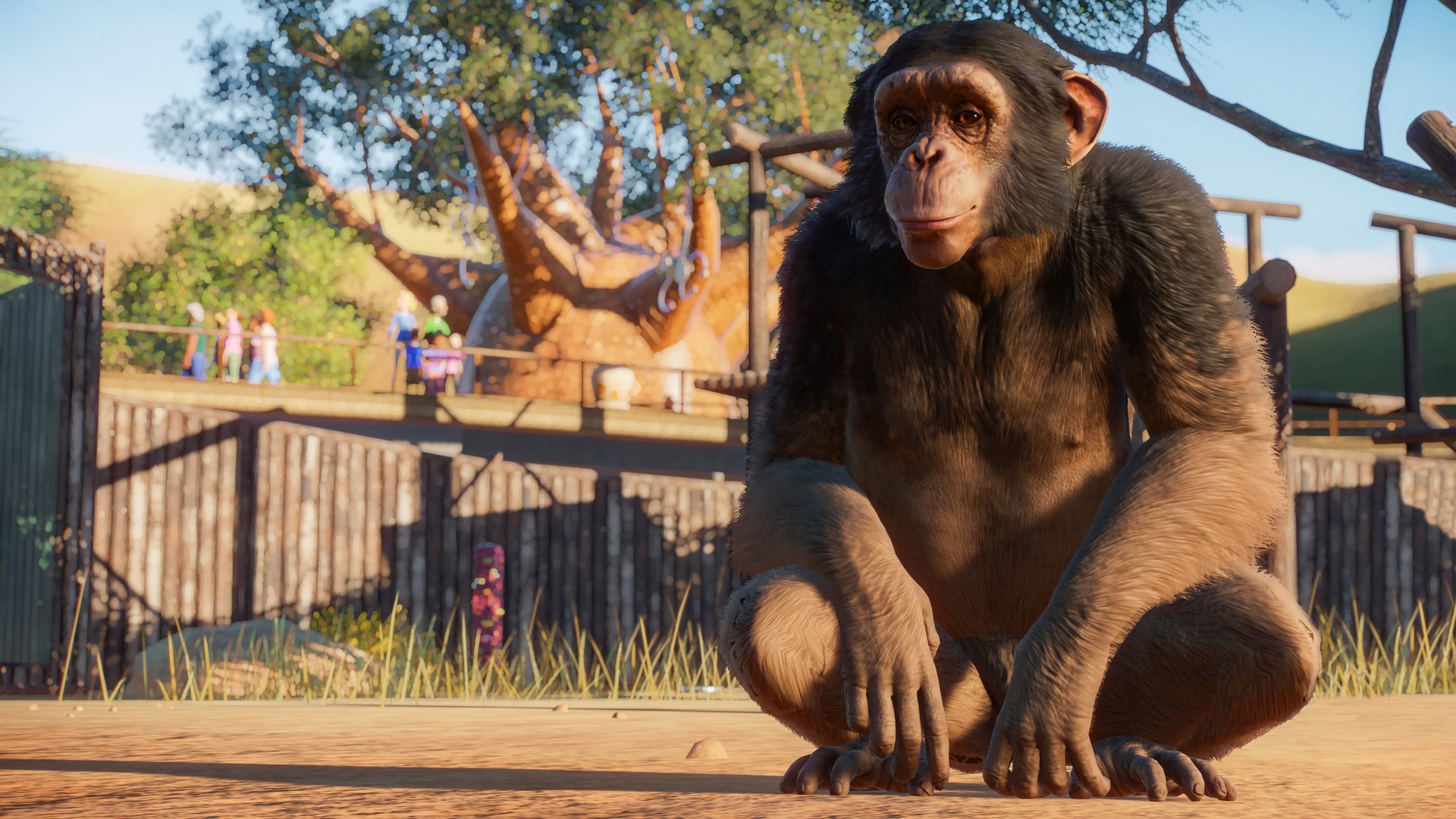 I don't have anything to say about Planet Zoo, because the full game's not out for a month. So instead I shall talk about something far more important.

I've been watching a whole bunch of old Star Trek series of late. Why? Because I'm a bad person and I deserve punishment. I mean, I just sat through all four seasons of Enterprise. That is some bad TV. I then thought I'd go for season one of TNG, as I'm not sure I ever watched it at the time - I last three episodes, until that suuuuuuuuuuuper racist one, and good lord it's so terrible. Then I remembered enjoying Voyager in the '90s - I specifically remembering thinking the pilot was like a proper movie. It is not like a proper movie. It's awful. Most everything about the first season is awful, apart from Robert Picardo, a diamond in a dungheap. (What concerns me most about Voyager is how I have zero memory of most episodes, and I know I watched them, because in a proto-version of boxset binging, I rented all the VHS tapes from my local video store when I was at university.) The only decent episode of anything I've seen in all this gruesome viewing is the pilot of the original series, The Cage - and that was rubbish, but for how utterly beautiful it was.

How does this accurate reporting on the dreadful nature of Star Trek relate to Planet Zoo? Because in any series of Star Trek (apart from DS9 I suppose), Planet Zoo would be a thing that could exist. Because the programmes all suppose that any planet is exactly like the bit they've just landed on! It's INFURIATING!

If they land on a rocky volcanic scene, it's a rocky volcanic planet. If they land in a thriving metropolis of humanoids with bobbly noses, it's a planet of thriving metropolises. There's no concept of variation on these "M class planets", no notion that there could be differing climates at the poles, that there might be wealth in one nation and poverty in another. And while they might occasionally invoke a leaden attempt at suggesting two warring humanoid species sharing a planet, there's never ever the notion of race within a species. A diverse cast of humans lands on planet after planet, and none of them ever even notice the homogeneity of every encountered alien. (Of course, the extent of their imagination for most "humanoid" aliens is to vary their face shape just about as much as human face shapes vary across races.)

So yes, I contend that if any Star Trek away team from any Star Trek series happened to beam down inside a zoo, they would absolutely conclude the entire planet was a Planet Zoo. 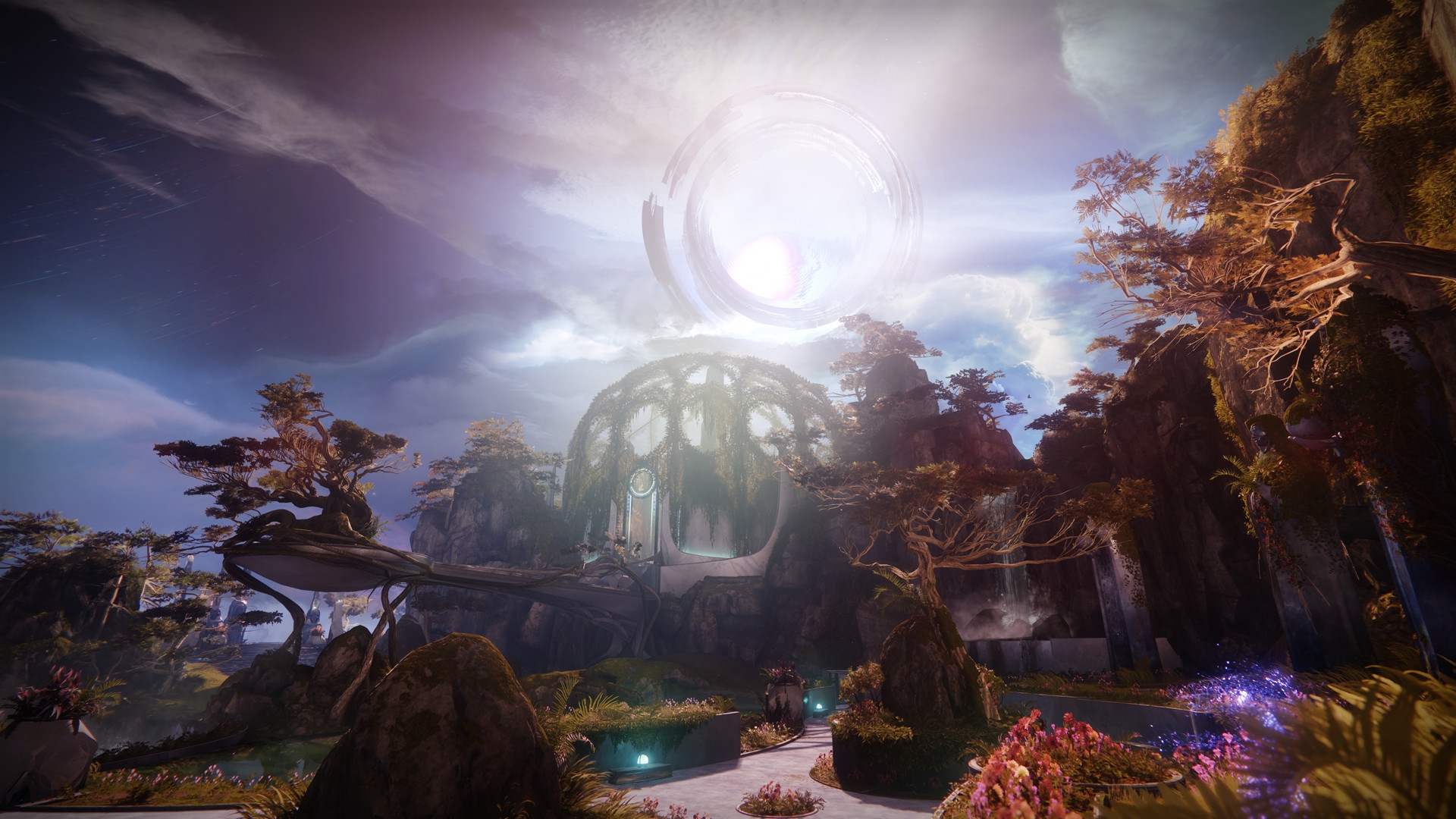 Destiny is, unsurprisingly, going great guns on PC. At this point I would like to add in a joke about how those guns are worth 892, or something, but I've honestly not played enough Destiny 2 to know if that would be a mediocre gun or a really good one. But let's just imagine I got that number right, did the joke, and all enjoy the camaraderie of the moment.

This is the Forsaken expansion charting independently of the main game, now at £20 rather than the eye-and-wallet-gouging £35 it launched for. Much like the game itself (see below), the ways to buy the game are peculiarly obfuscated, with the base game free, then various packages containing varying collections of previous DLCs, but not others, and none of it laid out clearly on the 298 Steam store pages you need to navigate. For instance, get Shadowkeep for £30 and you'll also get Seasons Of The Undying. What's Seasons Of The Undying? Nothing on Steam will tell you.

The only individually listed DLC pack available for the core game is this, Forsaken, but again nowhere do they explain if Curse Of Osiris and Warmind are automatically included with this, as they were on Battle.net when it cost £35. This just seems boggling to me, to have such a ridiculously complicated set-up for your game, and then go to no effort whatsoever to explain it to people who don't already understand.

Still, doesn't seem to be harming sales, so bah. 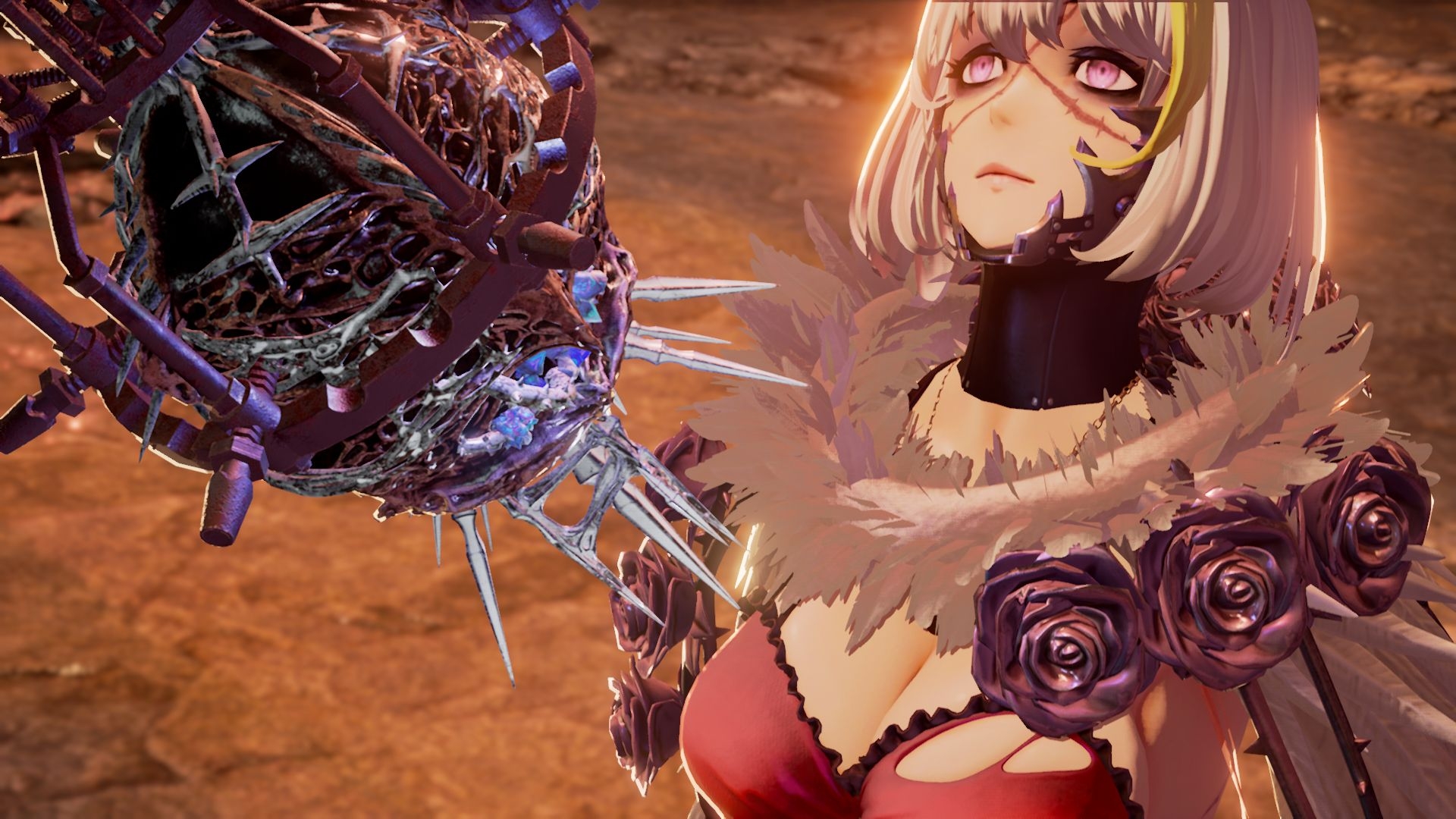 Modestly only taking up two spots on the Charts this week, as opposed to last week's four, I am most taken by this description from one of its Steam reviews: "A softcore version of Dark Souls." That should be on their marketing material.

Capcom are oddly shy about their boobalicious content on the game's Steam page, showing only spiky monsters and stoic manfaces in the selection of screenshots. The pic above is from Matt's excellent review, where I think he does a splendid job of acknowledging how much fun he had with the game, while calling it out for its embarrassing ways.

Honestly though, I don't think they needed to go to all this effort to win over the Darksoulsbut crowd. I think the font would have been enough alone.

Someone make an asset-based Gamemaker one level platform game, but work really hard on a font like that, and let's see if it can chart. 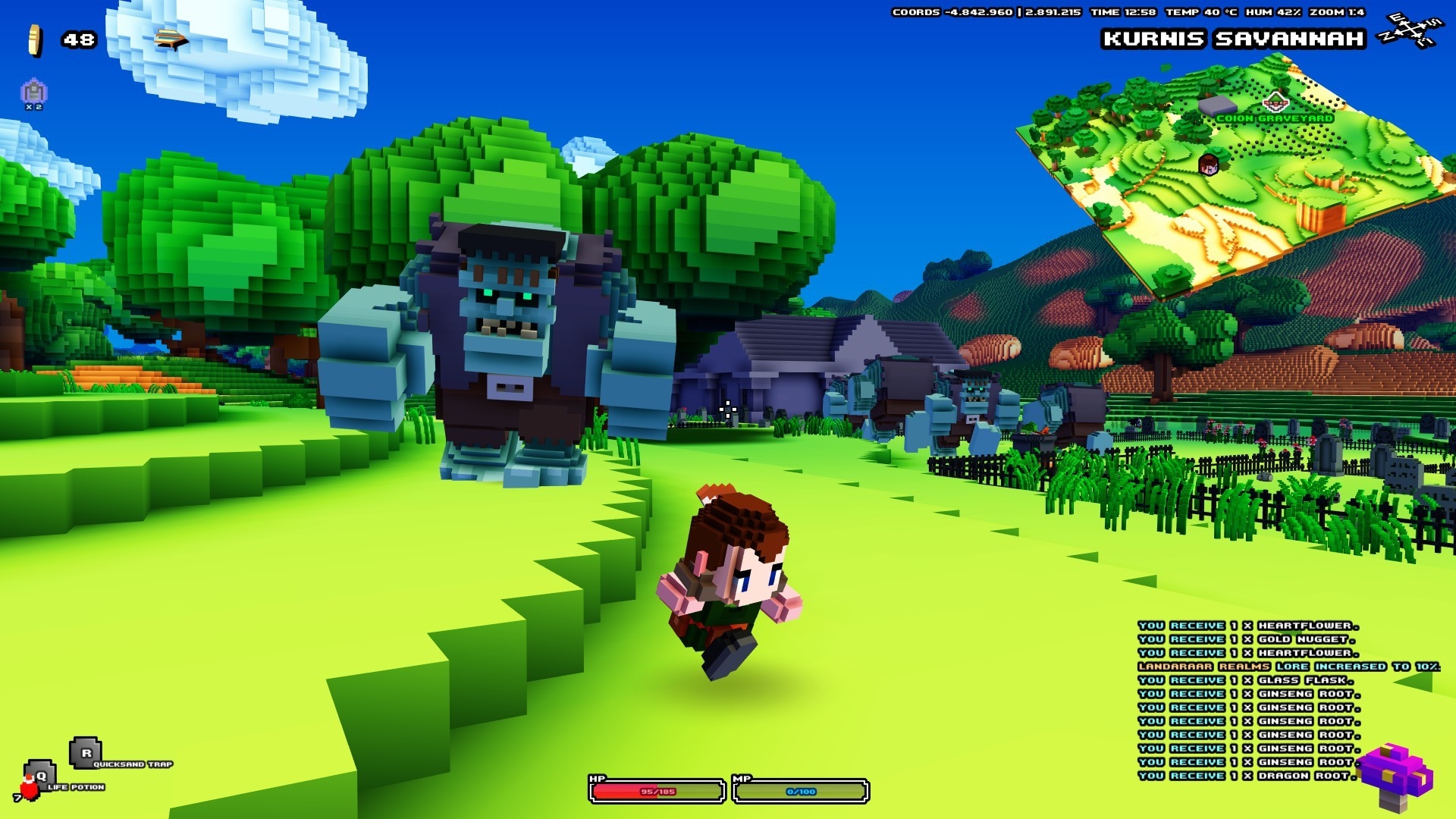 Just when you thought you'd seen the last of the Minecraftbuts, Cube World finally comes out after a millennia in limbo. And it seems to have appeared with a lot of what had made the alpha popular removed.

It is of course an action RPG, not a straight Minecraft-me-do, and while I've yet to have a play, the Steam reviews are really piling on. And not only in that hateful way Steam reviewers normally pile on - some even use punctuation.

There's a deeper story here. Developer Wolfram von Funck has had a shitty time of it, explaining the half a decade of silence on the game since its alpha release. In a since deleted blog post (indeed the entire blog's gone), von Funck talked about the mental health issues that have plagued the process, which PCG wrote about at the time. His social media has gone silent since the launch last week, but the good news is a #3 position means at least some money is rolling in. 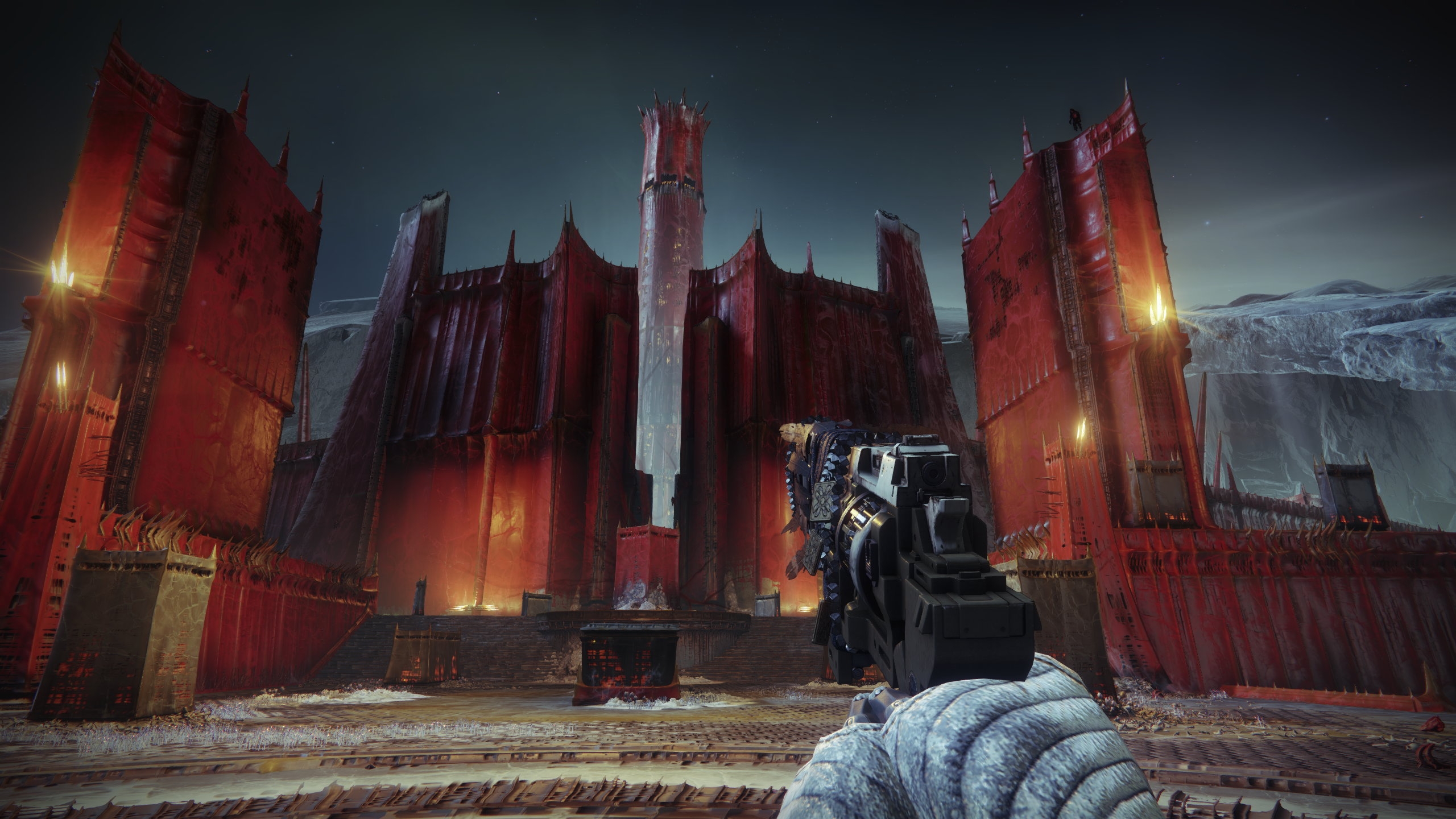 Methinks this one's going to be around a while. The top two spots are taken up by Shadowkeep's vanilla and deluxe editions, the difference between them appearing to be three extra years' worth of season passes? I dunno, as I say above, it's all ridiculously vague.

As, it turns out, is the game. I had my first play of Destiny 2 this weekend, and gosh that game doesn't want new players.

After a fairly standard corridor of shootybangs to introduce the basics, the game then ditches you in a shared hub and makes no effort whatsoever to introduce the complicateds. This is of course not an issue specific to Destiny, but rather something that's endemic in gaming of late: the assumption that everyone playing is already familiar. Which seems just so bonkers to me.

I mean, I stumbled around and figured it out. I'm not stupid, and I've played a couple of other games in my time. But it wasn't a welcoming or pleasant experience, as I tried to fathom what I was supposed to be playing for my second mission (after accidentally apparently replaying the first mission again, despite choosing a different icon, and then hearing Nathan Fillion say the same jokes a second time).

I'm old and grumpy enough that I'm at the point that if a game just wants me to plough through a chain of co-op missions in order, just present them to me in a clear table. Why do I need to run around an enormous unexplained hub, which inexplicably takes away the double-jump? (Boy did I feel silly falling down that giant hole in front of everyone. Moreso the second time.) It just seems like so much faff for no gain. The missions themselves are great! Finding them is a ballache of needless proportions.

But gosh it's pretty.

Steam Charts: bringing you clueless reviews of years-old games since 1873.

The Steam Charts are painstakingly sewn together via Steam's internal network of enslaved woodland mammals, listing the highest grossing games on Steam over the previous week no matter how much it hurts their tiny paws.