In terms of pure visual spectacle, Minecraft RTX is hands down one of the most impressive ray tracing games I’ve seen to date. Unlike other RTX-enabled games where you need big green boxes or a magnifying glass to see the fancy lighting effects, Minecraft RTX puts them right in your face. It’s like having a Creeper explode point blank in your retina every time you toggle it on.

When I played it at an Nvidia demo event last week, it was quite a sight to behold all those realistic lighting effects, glowy fire blocks and transparent water surfaces in good old Minecraft. What’s more, using the toggle switch only emphasised just how flat and — if we’re honest — drab the game’s original colour palette looked. It’s arguably exactly the kind of game ray tracing needs right now in order to make people really sit up and take notice of it. But is it enough to convince people they should be buying a £300 / $350 graphics card to do so?

In a similar way to Nvidia’s Quake II RTX ray tracing remaster, Minecraft RTX will be using a technique called path tracing to achieve its ultra realistic lighting effects. This is an even more advanced (and computationally intense) version of what ray tracing does currently.

I’ll be straight with you here – I’ve tried about fifteen times to write a one-paragraph explanation of the difference between ray and path tracing, and all it has done is given me a headache. Essentially, path tracing chucks even more rays into play than the usual, and traces how they bounce off other objects to get to the point of view, as well as how many make it there uninterrupted. Beyond that… it’s just… more advanced magic? OK? It’s very complex and it looks lovely.

To see it in action, just have a look at the images below (which you can click to enlarge). In vanilla Minecraft, the light from a standard lantern doesn’t really travel that far in the grand scheme of things, failing to illuminate any of the blocks above it, as well as most of the blocks around it. Switch on path tracing, however, and ka-ching! The surrounding hollow becomes bathed in a soft, yellow glow, which you can even see interacting with the light coming off the lava beside it. 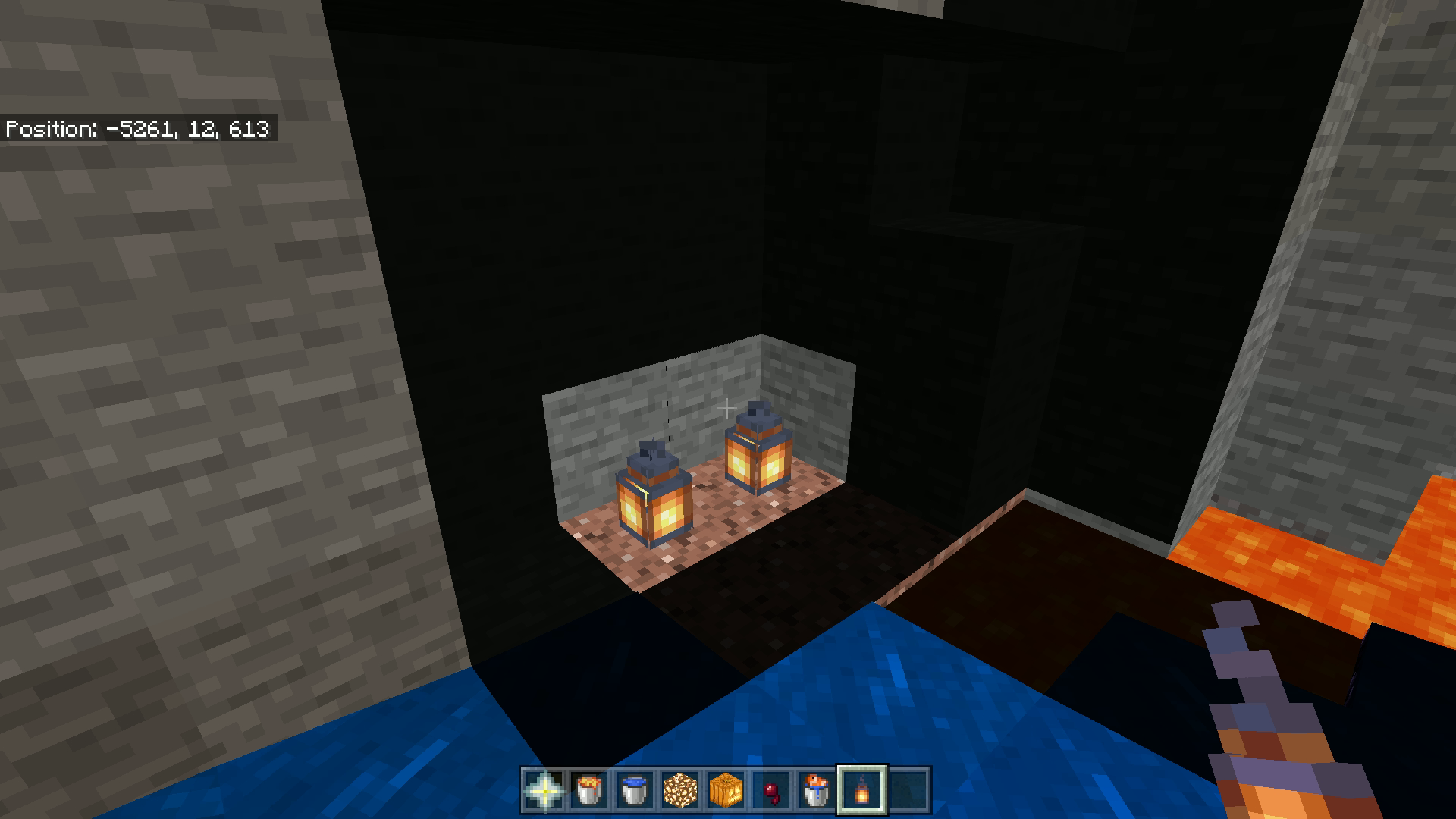 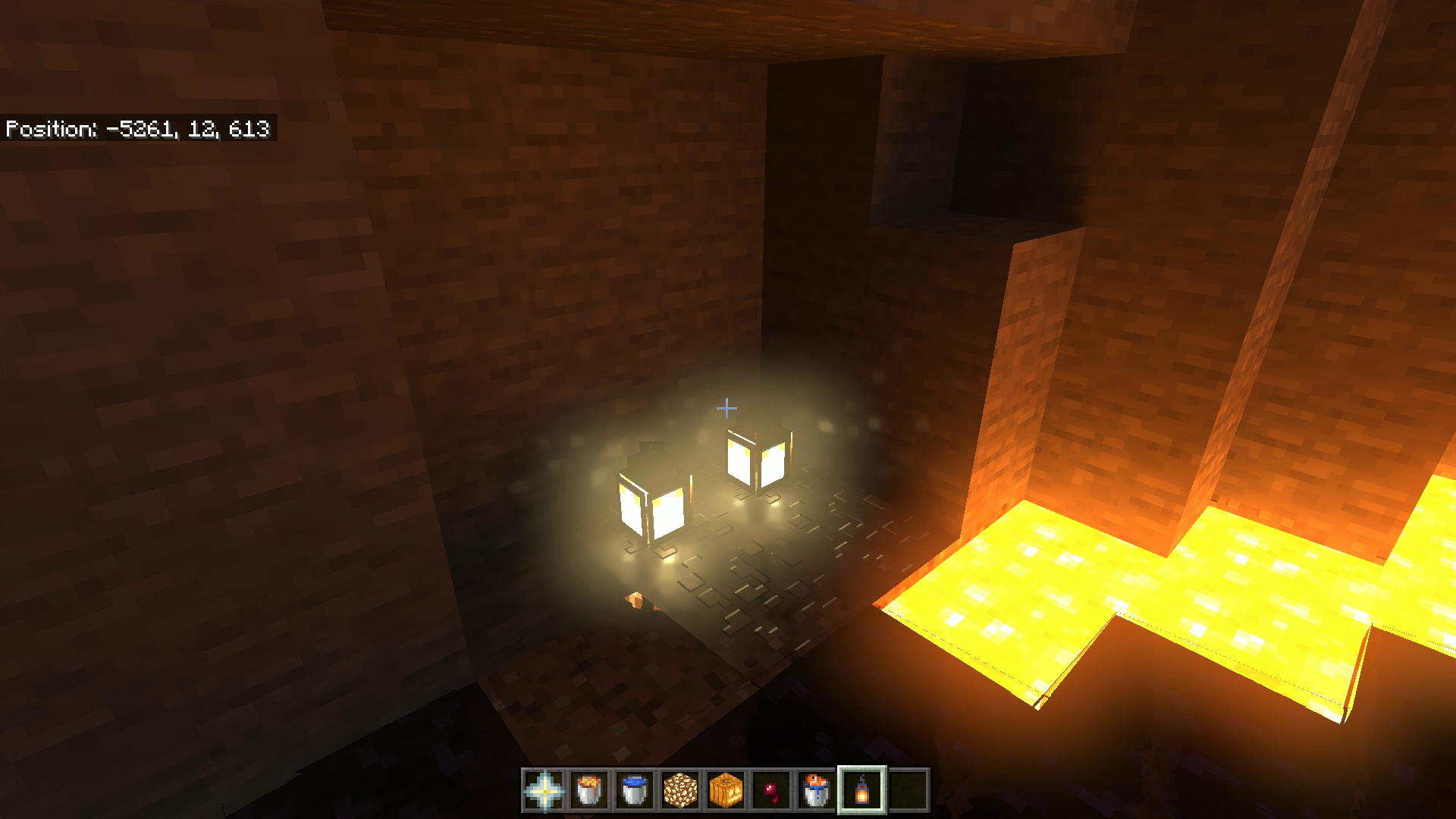 It’s a great effect, and for someone like me, it makes Minecraft a much more enticing game to play. The same goes for the beautiful water effects, by the way. Apart from the immersion-breaking sensation of being able to walk on said water blocks like some kind of voxel Jesus, the ability to see all the way to the bottom of any given puddle, lake or river is just brilliant – especially when it means you can spy hidden minerals in the rocks and soil underneath.

The reflections are rather lovely, too. 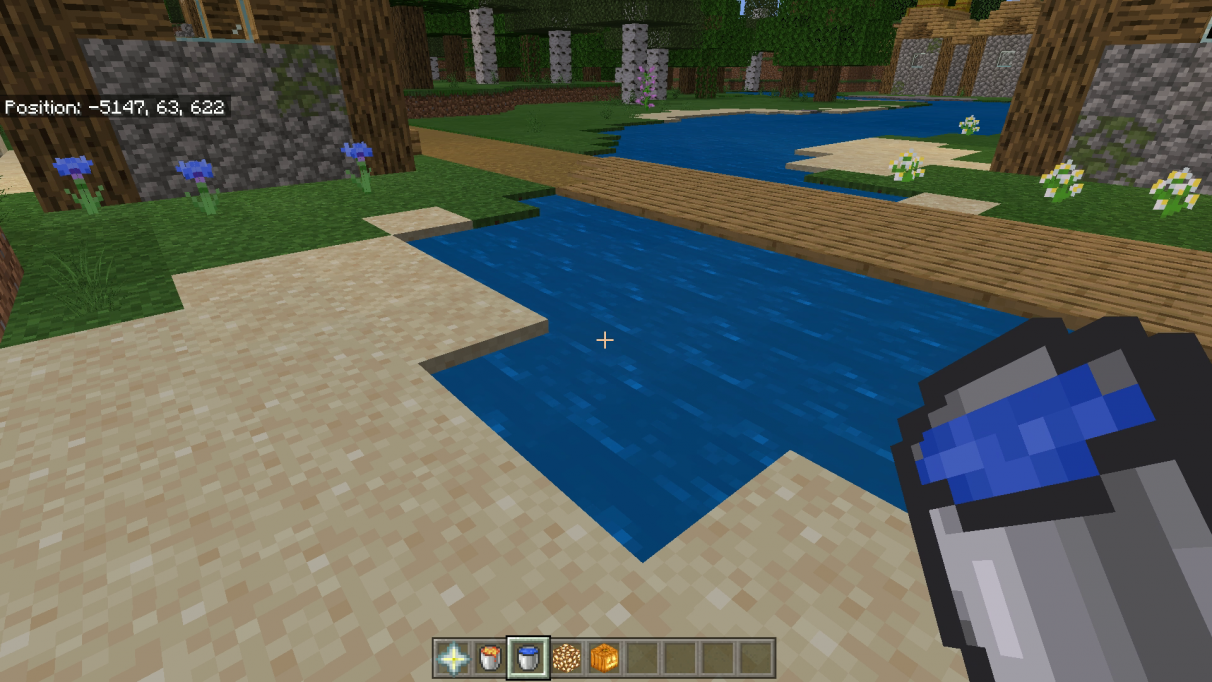 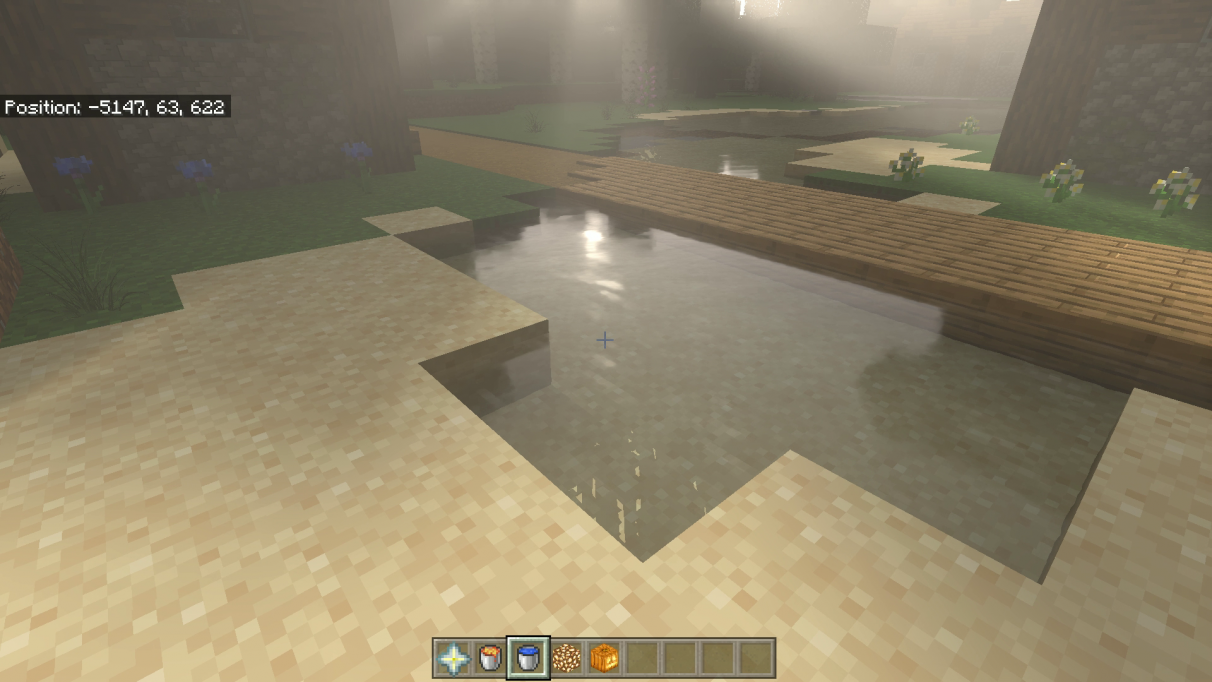 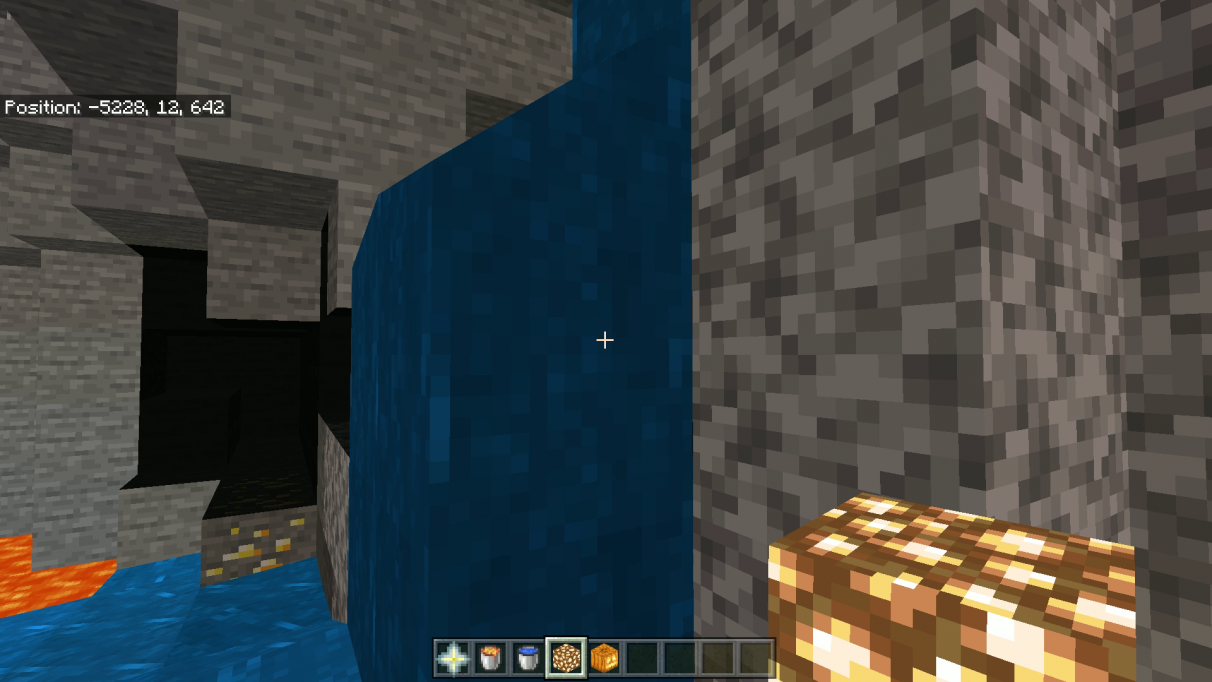 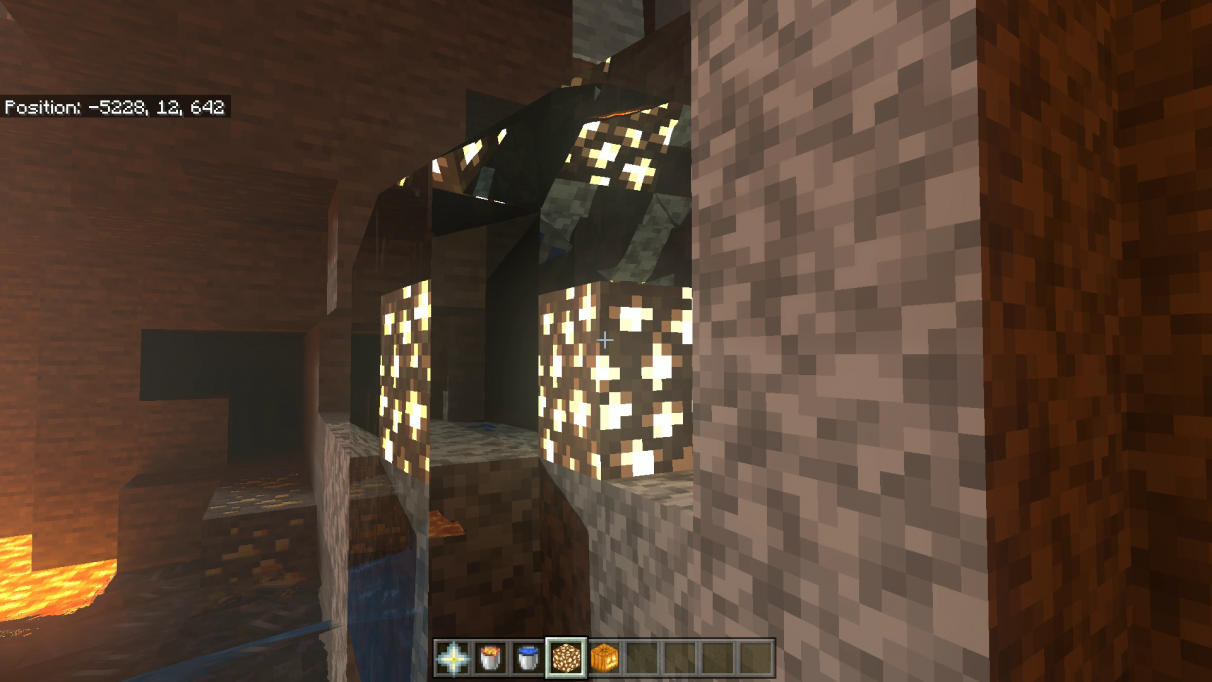 Is it better than the best Minecraft shaders 1.16.3 out there, though? Without being able to test them side by side, I can’t really say one way or the other, but I did put this question to Nvidia during my demo. After all, why would you buy a special graphics card and up sticks to the Windows 10 version of the game, when you can already get a similar effect on the original and vastly more popular Java version using the graphics card you’ve already got?

Their answer, as you’d probably expect, was that these “pseudo ray tracing” shaders just aren’t as good as the real thing. Not only is the RTX version more consistent than other shaders out there, they claim, but it also offers more detail.

“You need to have the real time, completely bespoke nature of ray tracing to make it work everywhere and to make it work consistently,” an Nvidia spokesperson told me. “Ultimately, what it’s trying to do is to make the game makers’ vision more believable.”

Ah yes, that famously believable game, Minecraft. As I said, I’ll reserve judgement on this until I can do a more thorough side by side comparison, but even if the ray tracing version does end up looking much better than current Minecraft shaders, I’m still a bit concerned over how well it will actually run. My demo was running on an RTX 2080 Ti, for example (a graphics card that, lest we forget, costs over a grand at time of writing), and even that produced some noticeable stutters and juddery camera movements when it was playing at 1920×1080. I was, admittedly, recording the game at the same time for our RPS vid buds using Nvidia ShadowPlay, but still: it’s not exactly reassuring that the most powerful graphics card on the planet is struggling with it.

“These are RTX 2080 Ti-based systems and we’re getting roughly 60fps from this,” Nvidia said. “But the goal now is to always make sure every game runs well on the RTX 2060. That’s always the plan.” 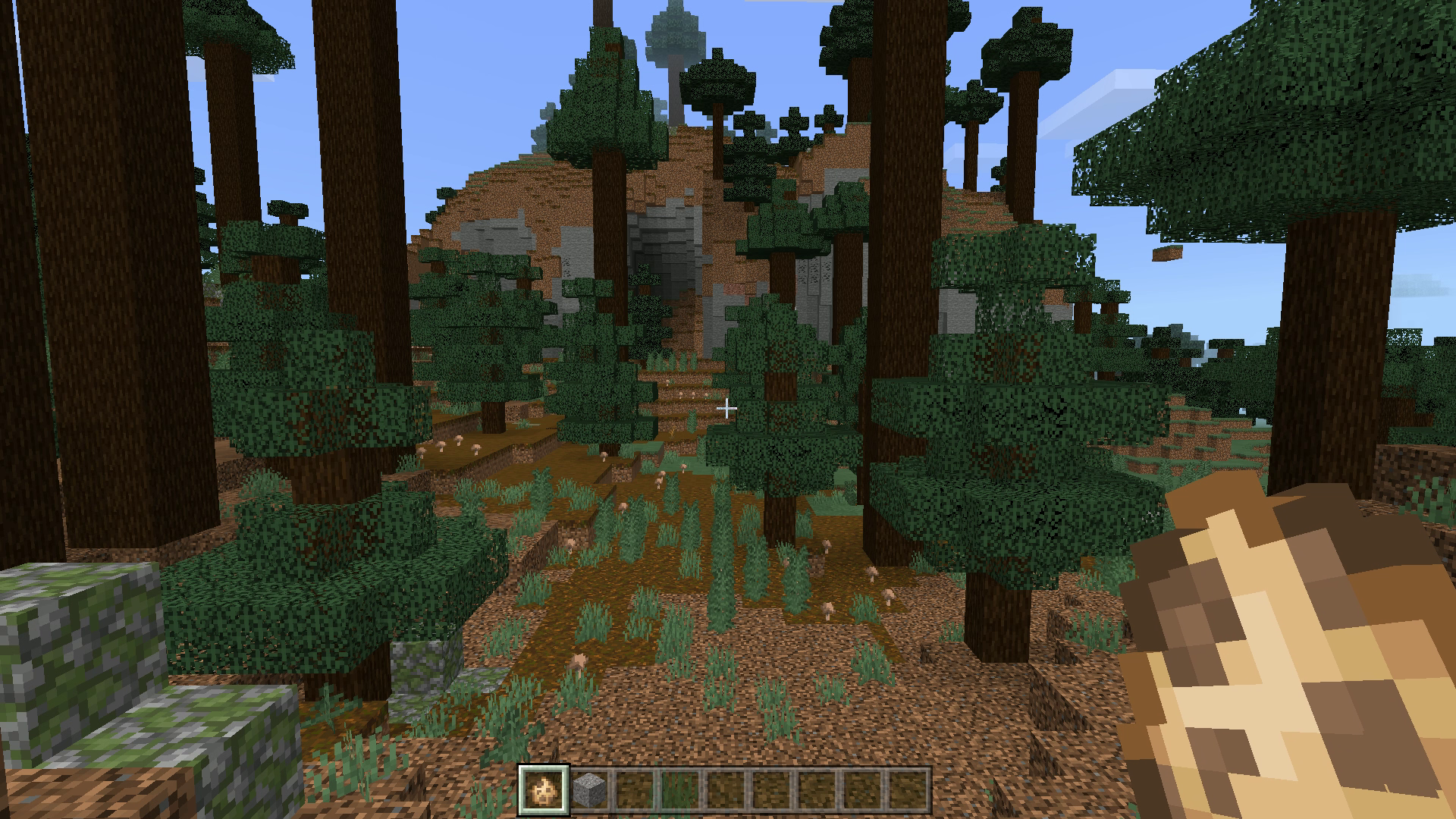 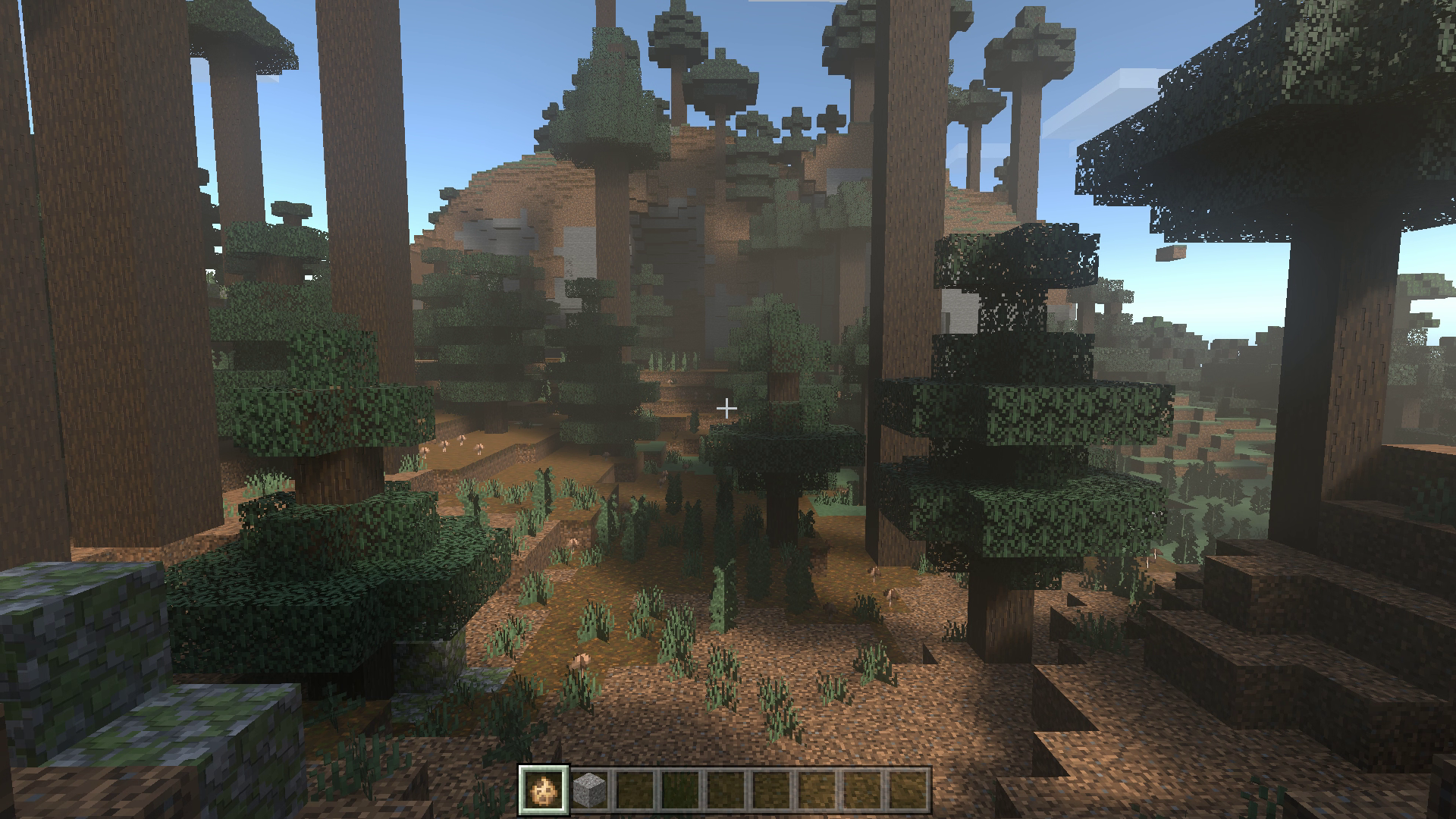 This isn’t all a question of aesthetics, though. There’s a bearing on play too – after all, those pretty lighting effects can actively work against you. Now, I don’t know about you, but the first thing I tend to do whenever I play Minecraft is dig a hole. A really, really, really big hole that leads me down into the bowels of the planet (yeah, that’s right – straight down. I live for the risk). I want to see the lava, the caves, and those precious, precious minerals. But where vanilla Minecraft’s pre-baked lighting effects mean you can usually still see where you’re going when you’re mining and have run out of torches, path tracing makes it utterly pitch black – and I ended up spending a good portion of my demo time staring at a black screen as I attempted to punch my way back to the surface (sorry, vid buds).

Some people, no doubt, will relish in that kind of realism. After all, when you really can’t see where you’re going without the aid of a proper light source, it forces you to engage with Minecraft’s mechanics a bit more, making sure you’re adequately prepared before making your descent. Huh. Maybe it does make Minecraft believable after all?

But I’m not sure I’m as patient as those people, and it’s in moments like this where path tracing just becomes an annoyance. It’s currently not clear whether the RTX On/Off toggle will make it to the final build (I really hope it does), but after a couple of minutes of slamming my fists into the black void around me, I just wanted to turn the whole thing off so I could escape the damned hole.

For the most part, though, I liked what I saw of Minecraft RTX. Its performance will obviously be key as to whether it’s worth shelling out on an expensive graphics card for, of course. But provided Microsoft, Mojang and Nvidia can work their magic to get it running at a decent frame rate on lower-end RTX cards, there may well be a case for going with the RTX version in Windows 10 over the current crop of Java shaders. Watch this space.

Tagged with feature, graphics cards, Hardware, how much graphics does it have, Nvidia, Nvidia RTX, Minecraft.