While you’re given this Temtem at the very start of the game, there’s more to Tuwai than meets the eye. If you’re familiar with Pokémon, you’ll know that Eevee can evolve into multiple different forms. Tuwai is the same, but the steps involved are a little more complicated than it would initially seem. 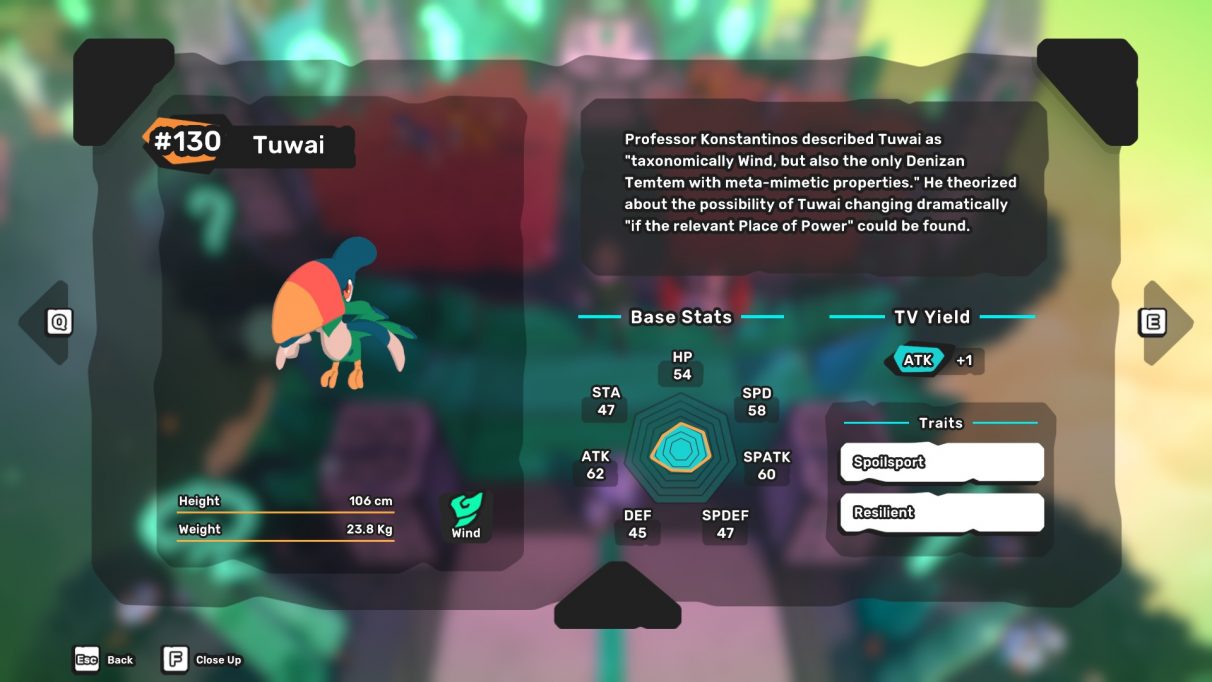 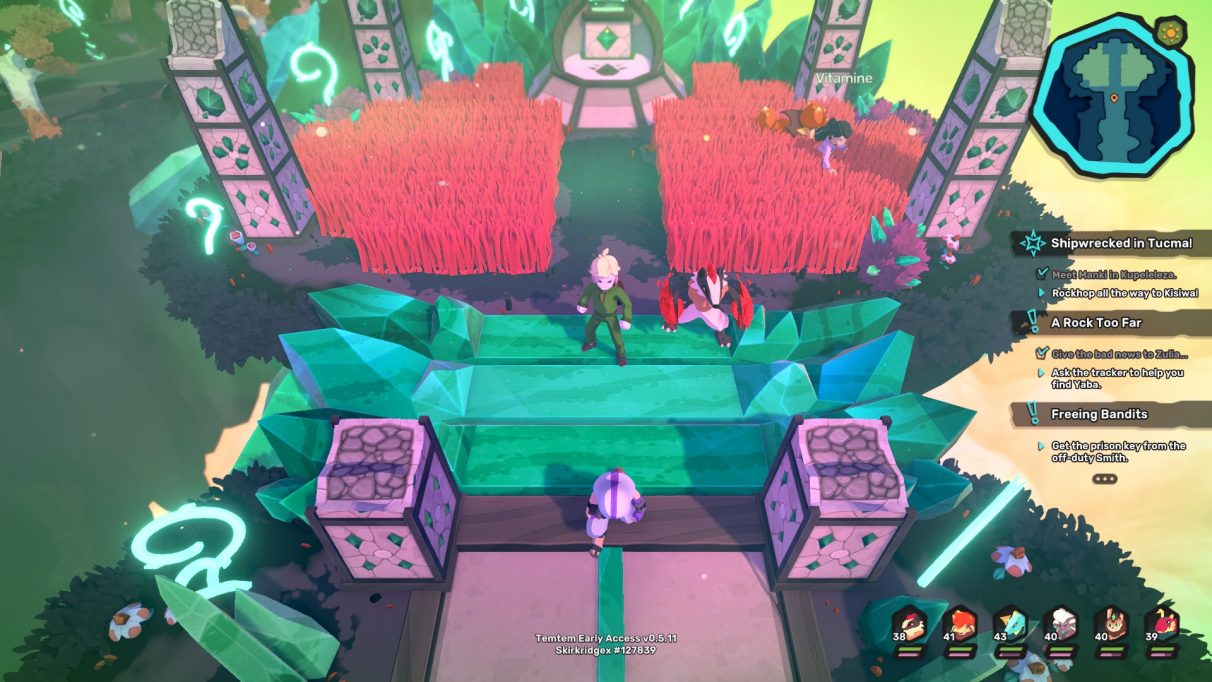 If you want to find a wild Tuwai, you’re going to have to jump through a lot of hoops. Wild Tuwai can be found near the Crystal Shrine east of the Corrupted Badlands, which is on Tucma island. Finding it will not be easy and requires you to have a few things: 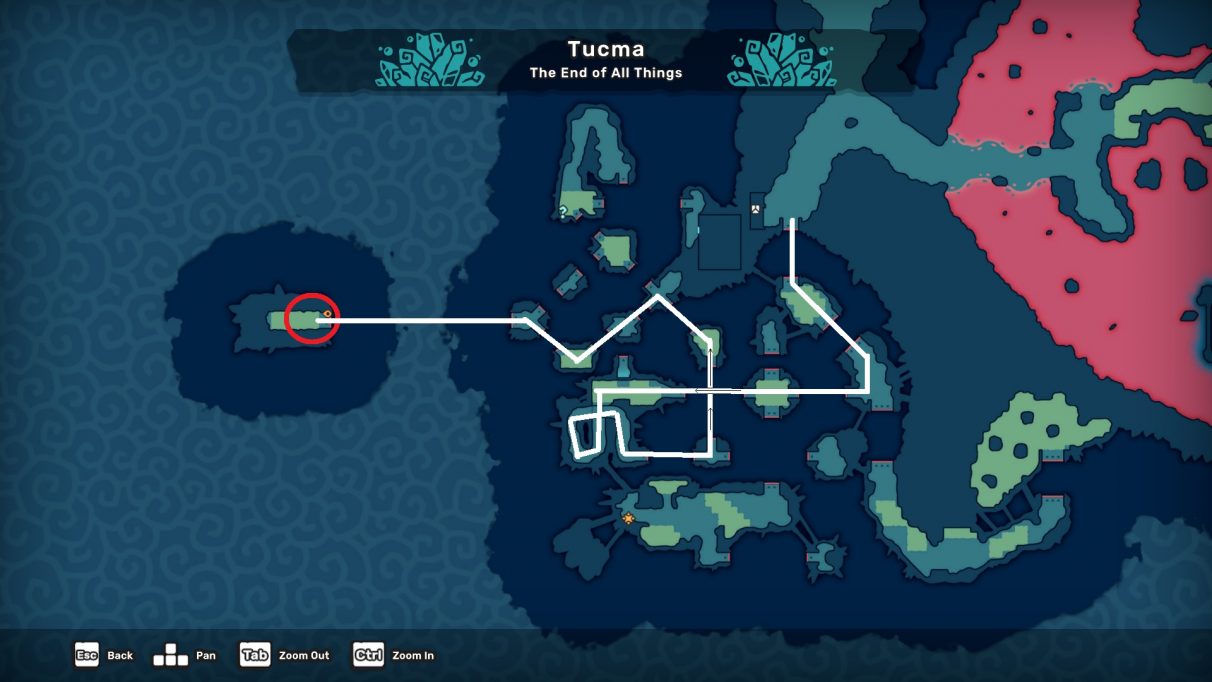 Above is a map with the location for the beginning of the side-quest “Cultist Hunt”. You’ll need to find a Temtem tamer called Valentina to begin the quest. To get there, just follow the steps from the healing station south of the entrance to Queztal:

After battling the two Temtem Tamers , you’ll be spoken to by Valentina, who wants you to find a bunch of cultists that only use crystal type Temtem. I highly recommend at this point that you upgrade the surfboard so that it can float on the acid water, as it will make backtracking a little easier.

Head back across the Xolot Reservoir until you reach the research facility. It’s here that by speaking to the scientist that you can upgrade the surfboard so it floats on acid water. At this point, you have to change your party to that every member is at least a crystal type. Dual types are allowed, but I recommend that you spend some time training some Crystal type Temtem before attempting this.

From the research facility, surf east until you hit the wall, then surf to the south to reach the bottom of the Corrupted Badlands. You only have a few patches of grass to wade through towards the east until you find the hop point. Follow the hop points until you find a bunch of cultists in robes. You need to fight all three cultists to the sides before you can take on their “leader”. They will not fight you unless all of your Temtem are crystal type.

Your biggest threats that you’ll be facing will be Bunbun and Mudrid for all the teams. Earth is super effective against crystal, so you’ll want to take them out as soon as possible. If you have a Shuine in your party, then using strong water attacks can wash away these mud rabbits. I’d also recommend investing some time in training up Valash and a Bunbun/Mudrid or two.

Once you’ve beaten their leader Chalualt, you are free to go into the shrine. I’d hold off on this and just use a Smoke Bomb. It’ll teleport you back to the last visited healing station. Switch your team back to your regular party, then head back to the Crystal Shrine. I suggest you do this because there are only two types of Temtem that spawn here. The first, and most dangerous, are the Level 50-55 Zenoreth. The second are the infinitely more manageable Level 5-10 Tuwai which can know the following moves, depending on what level it is: Peck, Wind Blade, Shrill Voice, and Feather Gatling.

I recommend that you spend a little bit of time now catching two more Tuwai as the full game will bring a couple more evolutions for Tuwai. It’s also worth noting that returning to Valentina and talking to her will net you a Sweatband, which is a very useful gear item. Find out more about it in our Temtem gear locations guide. 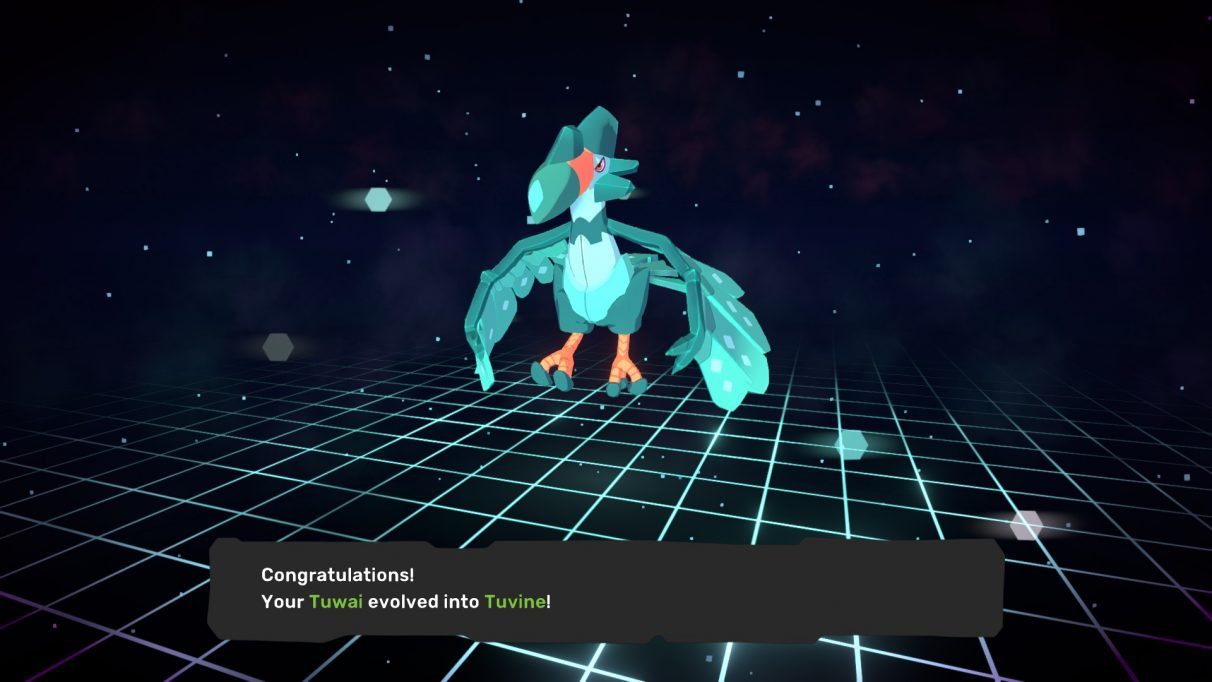 Currently, Tuwai has one evolution, but this is likely to change. The good news is that you’re probably 99% of the way through the steps required to evolve Tuwai into Tuvine if you decided to complete the “Cultist Hunt” side-quest using the steps above. Return to the Crystal Shrine area with a Tuwai in your party. Once here, interact with the shrine and select Tuwai. It will evolve into Tuvine. There is no reason not to evolve it as it still learns moves at the same rate as Tuwai does.

As the first Wind type you’ll be using, Tuwai is rather good. Some of its attacks even attack multiple enemies, so it’s worth training it up. If you evolve it into Tuvine, you’ll gain access to a couple more moves later on. If you’re confused about what wind and crystal type moves are effective against, check out our Temtem type chart guide.

The full list of attacks that Tuwai and Tuvine can learn by level up are: 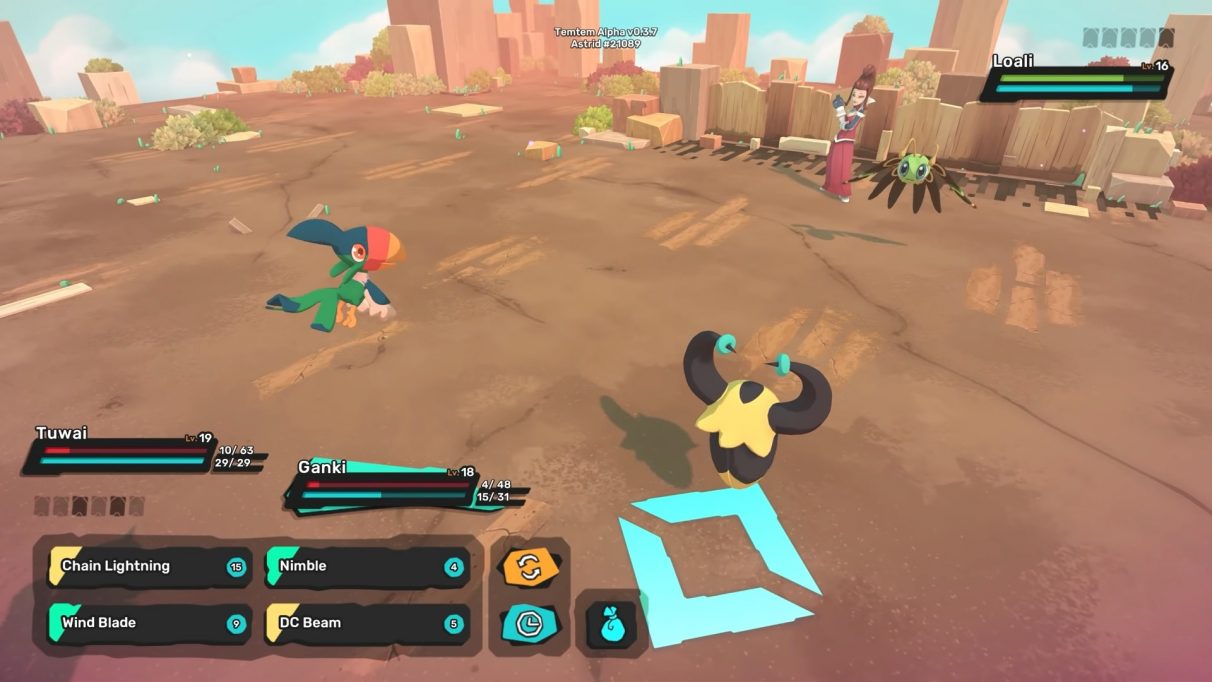 For the early game, Tuwai is very useful. It has moves that attack multiple Temtem and they don’t cost a huge amount of stamina. The downside for this Temtem is that the base stats are rather middling, with stamina, defence and special defence being its worst stats. If you can cope with that, then the fact Tuwai is only weak to electric types will prove invaluable in the early game.

Evolving it into Tuvine gives you a very defensive Temtem. It has the highest base defence stat in the game and gains the crystal type. By turning into a part crystal type Temtem, it also gains access to some new attacks, but also a new set of weaknesses. Tuvine also doesn’t learn a lot of Crystal type attacks until quite late on, but one is the incredibly powerful Crystal Plume Gatling, which only Tuvine can learn.

There are more consistent Crystal type Temtem that you can use, most notably Valash and Shuine. If you spent a long time training Tuwai before evolving it though, then Tuvine is a valuable member of the team. Tuwai can potentially evolve into two other Temtem, so it’ll be interesting to see what the other evolutions do.

That’s everything we currently know about Tuwai and its evolutions. It is well worth hunting multiple copies of as it is currently the only Temtem that could evolve into multiple Temtem. There are a large number of Temtem that are already in the game, each with their own evolution methods. You can visit the Temtem evolutions guide to see more on that.

Temtem Valash: location, full move set, and why it is the best Crystal Temtem