Players started (figuratively) falling out of the sky in Eve Online late last month. Many couldn't log in to the space faring MMO at all. Of those that could, plenty were unable to use the in game chat to coordinate with other pilots, which I'm given to understand is quite important for a space fleet. CCP Games say that stability is returning, but there are still players who are unable to log in over a week later.

As spotted by PC Gamer, trouble started sometime on January 27th when the official Twitter account dedicated to reporting Eve Online's server status said that another DDOS attack had cut off connection between one of Eve's servers and the game.

Capsuleers, TQ has come under another DDoS which resulted in abruptly losing connection to the game. Our team has taken necessary measures to aid the situation. We are going to keep you posted.#tweetfleet #eveonline

Updates from the same account have continued almost daily as CCP work to restore chat functionality and get players back online. Unlike other online games that may suffer login server issues, getting shut out of Eve can be particularly disruptive for pilots as the persistent world carries on, leaving them unable to respond to attacks on their hard-won fleets. Not all regions have been similarly affected. North American players seem to be bearing the brunt, with other regions experiencing issues in varying degrees. 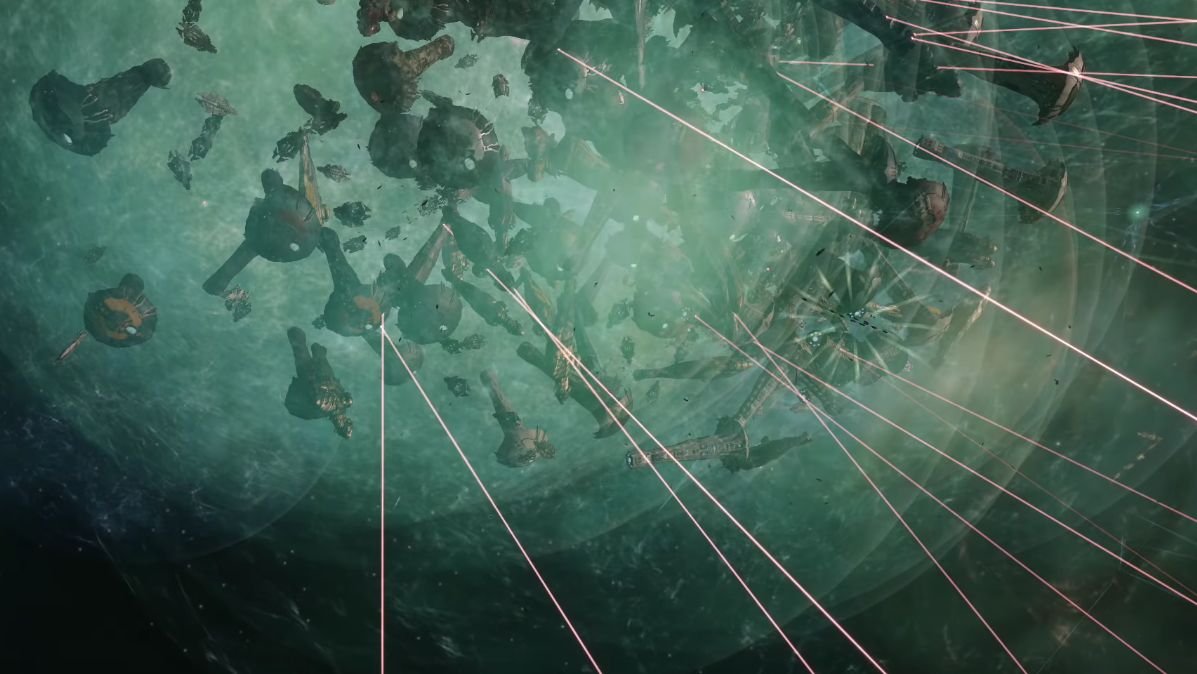 Player Lord's Servant, the co-leader of Forsaken Empire, explains in a Reddit thread how the instability is affecting their attempts to hold ground against other alliances who aren't struggling to log in from their regions.

"Our enemies from other TZs - SCUM, Quote, and TP are all able to login and play the game seemingly unhindered. I was barely able to use the market on my alt and move some ships out, much less attempt to pvp. Every attempt is met with multiple disconnects, game actions taking 30 seconds to several minutes to process, and insane rubber banding making for an unplayable experience."

On January 28th, CCP Games advised players who have lost ships during the downtime to contact their official support inbox. CCP Games updated players with a status report again today claiming that the team is continuing to investigate issues and make improvements.

"Issues with the connectivity continue to affect some players, and while we see a positive trend the matter still causes a problem for some players. Reports about display issues and lost connection to the in-game chat channels are being investigated. All items remain to be on top of our priority list and teams continue working on improvements around the clock."

Until CCP manage to fully repel the DDOS attack against their servers, players are still stuck unable to fend off threats to their in game territories.