Having hit Washington in American Truck Simulator's latest expansion, we've run out of contiguous USA to the north and must resume our trek eastward. Developers SCS Software announced yesterday, on American Independence Day, that Utah is the next state they'll add to their lovely haul 'em up. Utah! The Beehive State. Utah! From sandy deserts through rocky canyons to piney forests. Utah! Where orange hoodoos spike the skies. Utah! I like the name Salt Lake City. Here, see some of Virtuatah in the announcement trailer.

"Drivers will be able to deliver to the state's bustling metropolis, which is home to many large businesses and industries," SCS say. "Throughout your journey you will also come across many notable landmarks and surviving remnants of the state's historic pioneer history."

I, an uninformed fool who has only been to Utah at a cruising altitude, managed to spot a few landmarks in the initial screenshots. I'm sure there are many others. I see Metaphor: The Tree of Utah, a roadside sculpture out in the Great Salt Lake Desert. Glen Canyon Dam, which unlike Glenn Close isn't a god damn. Cobble Rock Park in Vernal, which actually does have several rad dinosaur murals. 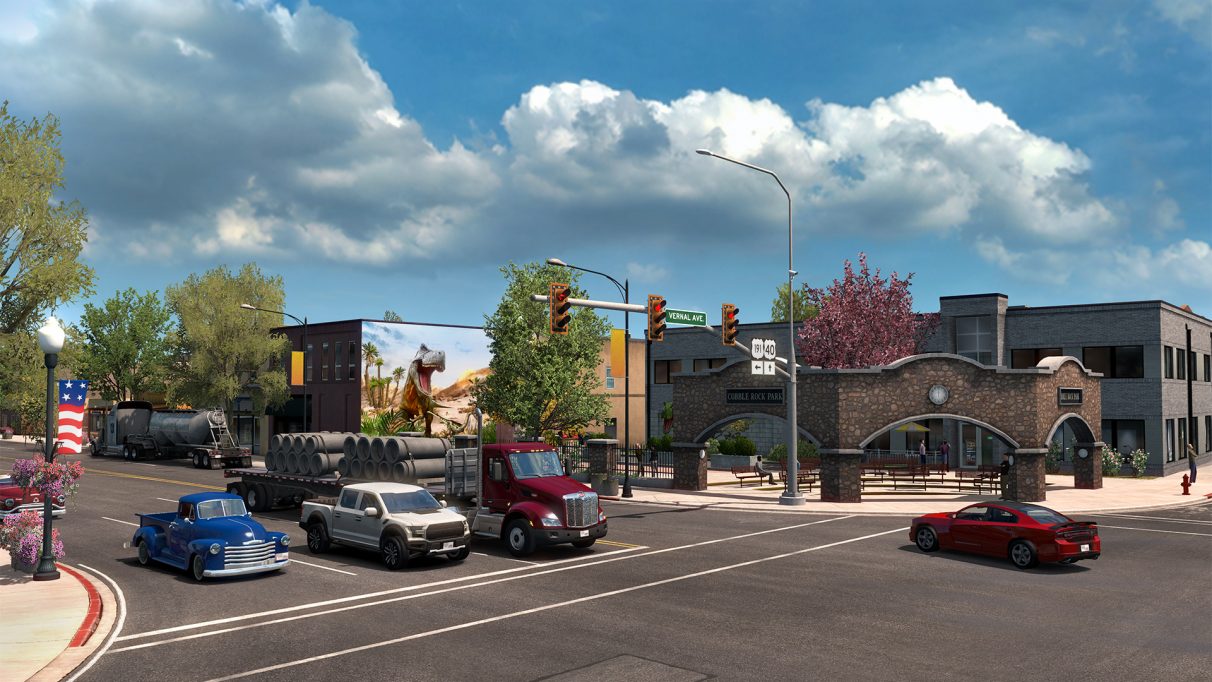 American Truck Simulator: Utah is coming to Steam later in 2019. Previous state expansions have cost £9/€12/$12, so I'd expect the same for Utah.