America would have you believe that California is the locus of important video game happenings next week with E3. Pish. The real American excitement of next week is American Truck Simulator's Washington expansion, which developers SCS Software today announced they'll launch on Tuesday the 11th. E3 be damned, I'm hopping in my virtuarig and driving out Los Angeles, up California and Oregon, past mountains, along coasts, through forests, and to that there Twin Peaks waterfall. Goodbye Geoff Keighley and hello Audrey Horne!

As is the way, the Washington expansion will add a shrunk-down version of another American state with the big cities, landmarks, and all that. What's exciting about Washington to nerks like me is it's the apogee of the imagined Pacific North-West that won my heart with Twin Peaks and riot grrrl and Frasier and all that.

This digital Washington will include 3800 miles of virtuaroad, 20-odd landmark bridges, and 16 cities including Seattle, Olympia (where, I'm told, everyone looks the same and sounds the same), and even outer space if I'm understanding the reference to Tacoma correctly. Presumably the Space Needle is a giant gun firing our truck directly into orbit.

Our former Alec (RPS in peace) had a wee cry when he played a preview version and found Snoqualmie Falls, that there waterfall off Twin Peaks. I'll be there with you soon. 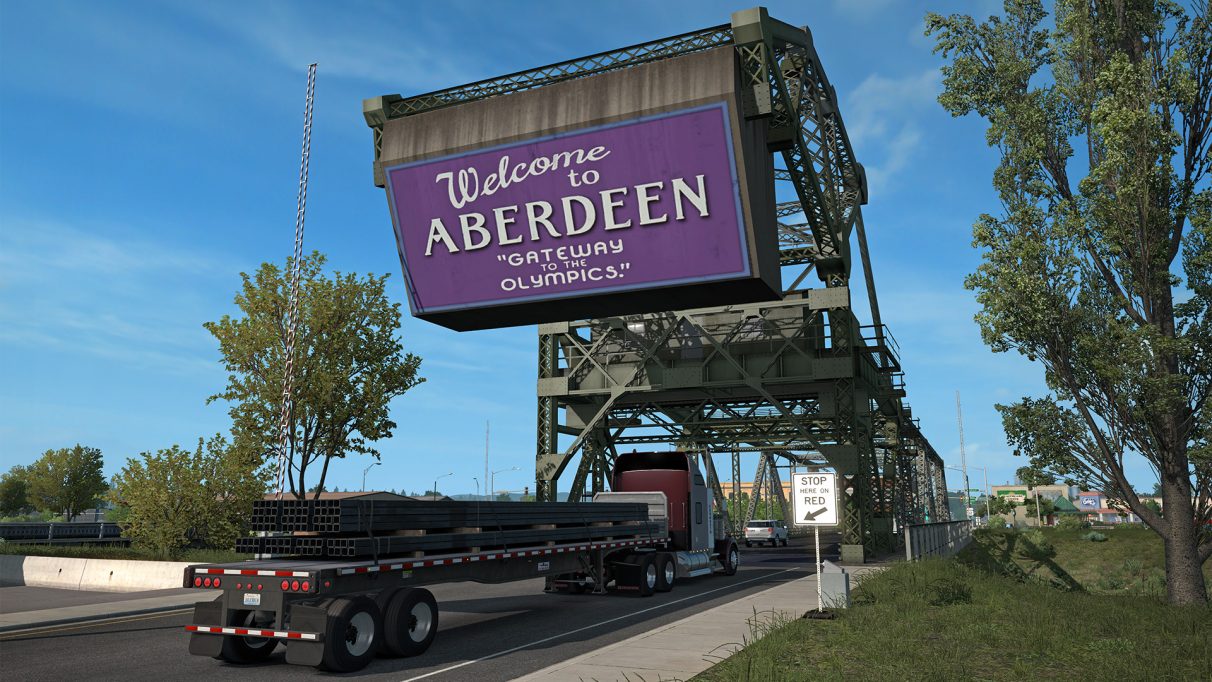 My flatmate, former RPS correspondent Cara Ellison, recently moved to Washington so I am also excited to see more of her new home from afar. I already bugged her after learning through a screenshot that Washington, like Scotland, has an Aberdeen. Nirvana were from there, which probably explains the trailer's mock-grunge soundtrack. Perhaps the name Aberdeen is cursed to induce misery. Cara, I'm gonna learn SO MUCH to share with you.

American Truck Simulator: Washington is coming to Steam on June 11th. Previous expansions have cost £9/€12/$12 so I'd expect the same for Washington.