Last night the Apex Legends devs treated us to a stream to announce all the new things coming to the game's fourth season. Amongst those announcements, we got our first glimpse at Apex's next character, beefy wrestler Forge.

Except, Forge wasn't who most Apex fans were expecting to see. Over the last few months, there have been easter eggs and teasers galore (not to mention some leaks and datamines) suggesting the edgy red Legend, Revenant, would be making a proper introduction to the games. At first glance it looks like he's been left out, pushed back and forgotten about - but if you look a little deeper on EA's website, it seems Revenant is still very much on the cards for Season 4.

For starters, let's look at some hard proof. If you go to the link here, you'll get taken to a background image of Forge. We don't care about Forge right now though, so instead if you change the number in that link from a 6 to a 7 and reload it, you'll find this. Some lovely official artwork of our freaky friend Revenant. 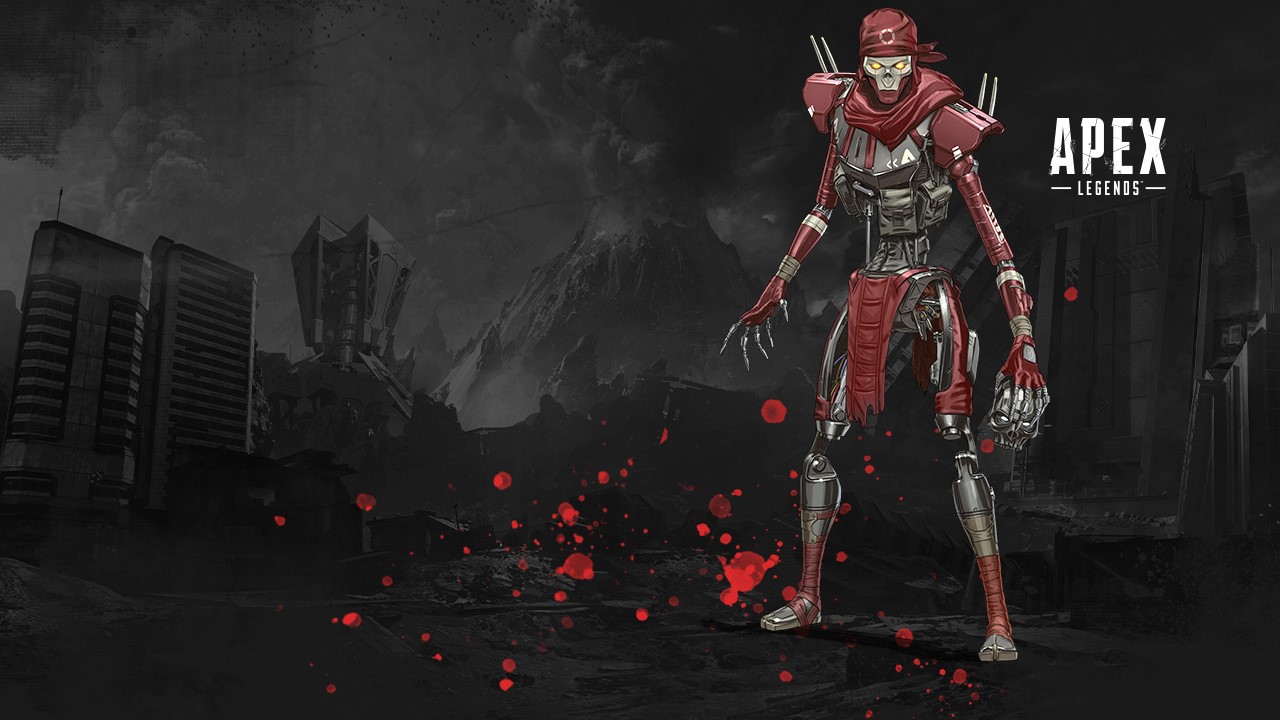 Now that is interesting.

"But Imogen, that's just artwork, it doesn't mean we're getting him in Season 4!" And I totally get it, I was skeptical at first too. But this is not the only proof! One eagle-eyed Reddit poster managed to spot the outline of Revenant in the background of Season 4's blog too.

Thing is, we've known about Revenant for a while. If you remember back to the Halloween event, you might recall him being the character narrating the Shadowfall game mode (the one where you respawned as spooky zombies). This isn't the first time a character has been teased like this - back before Crypto was released, players actually saw him doing some hacking on the old map.

"But they're just going to release Revenant after Forge!" And that almost makes sense - if not for the fact Revenant specifically has Valentine's Day-themed voice lines that data miners have discovered. Forge should be in Season 4 from the beginning, and the last time we had two Legends drop in one Season, they weren't released that close together (not to mention the fact that nothing has been found in these data mines pertaining to Forge).

Getting into leak territory, the plot continues to thicken - a dev sheet that and circulated a few months ago on Reddit (helpfully re-uploaded amongst all this speculation by user DocMock1) suggested that after Crypto, it was Revenant and another character called Loba that were planned to be next. But what's odd about this dev sheet, is how Forge is missing entirely.

Naturally all of the Apex subreddits are now full of conspiracy and speculation that Forge might actually be Revenant, and I'm not saying I believe all that, but the facts certainly don't rule it out.

The leaks and datamines should obviously be taken with a pinch of salt, but the fact remains that Respawn are hiding some sneaky official Easter eggs telling us that Revenant will indeed be released during Season 4.

It'll be funny if Forge isn't a real Legend though, because we're all gonna feel really stupid considering his name is two letters shy of the word "forgery".

If you want to find out more about Apex Legends' next season (and try and get a sneaky peek at that outline of Revenant in the background) you can head over to the game's website, or have a watch of the dev stream above.