Apex Legends lets you carve a three-part multicoloured path through the sky at the beginning of each match with its innovative landing system. From the trails each team leaves in their wake to the addition of a team Jumpmaster to guide the group down together, there's a lot to like, but a whole lot more to it all than just pointing where you want to go and hoping you get there first.

So we've put together the below Apex Legends landing guide, walking you through what we do to drop faster, and land first-er. We'll also explain what you should be doing while you're dropping, even if you're not the team's Jumpmaster. As long as you follow the below rules, your boots will pretty much always hit the ground before anyone else's do. 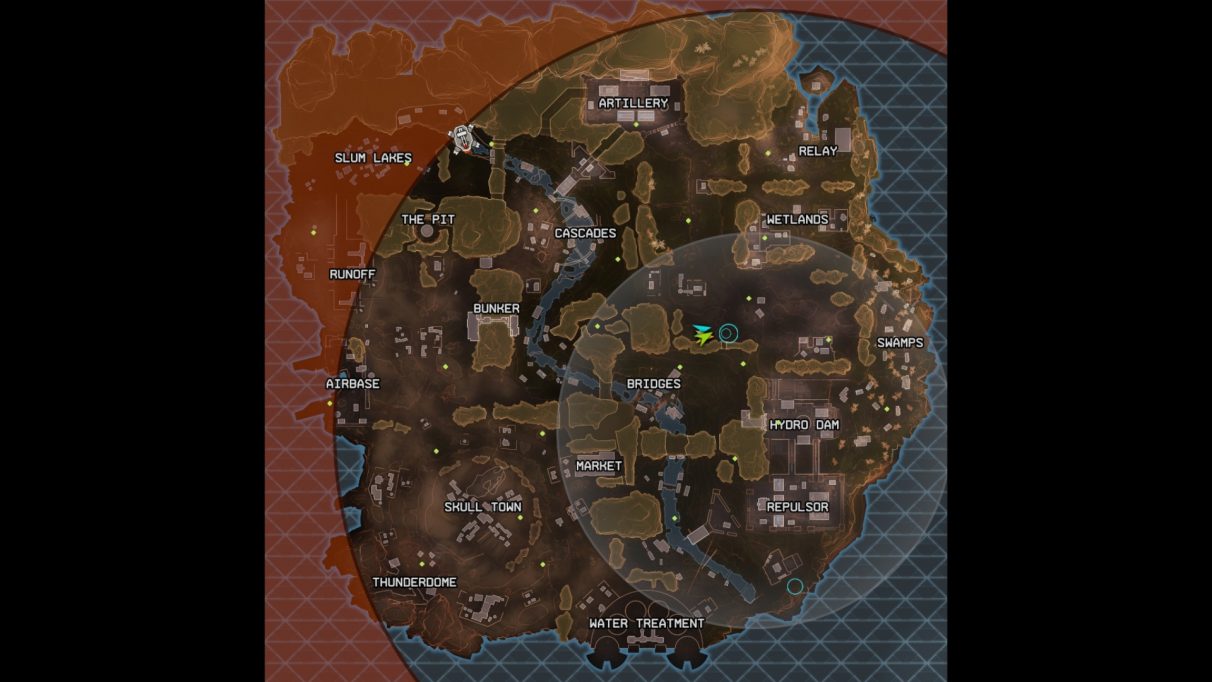 We've been hard at work expanding our series of Apex Legends guides, so if you're looking for information on another aspect of the game take a look at our Apex Legends tips, where you'll find lots of tips and information as well as links to other pages, from Apex Legends guns & weapons stats and rankings to our opinions of the various Apex Legends characters and abilities.

Respawn Entertainment have crafted the landing system in Apex Legends with great care, and the process is a lot more streamlined than you might find in other games. The key innovation is that every team of three gets a Jumpmaster, who controls the actual ejection from the transport ship and the subsequent descent.

How is the Jumpmaster picked each match?

If you're looking to be Jumpmaster every match, then you'd best gather a group willing to relinquish control to you all the time, because Apex Legends doesn't let you choose to be the Jumpmaster. Instead, the Jumpmaster is assigned at the start of the match to the third player in the list when picking your Legends - unless they let the timer run out and the game picks for them, in which case Jumpmaster privileges pass onto the second player (and again to the first player if they, too, seem to be AFK).

But don't worry! If you don't want to be the Jumpmaster, you can simply Relinquish (default: CTRL) to pass the responsibility onto someone else.

How to Launch Solo in Apex Legends

If you don't want your Jumpmaster to fully dictate your landing, then you're in luck, because you can choose to peel away from the Jumpmaster at any time during the descent, and land independently. Though we'd strongly recommend you only use this in the final moments of descent, and stick together with your teammates as much as possible! 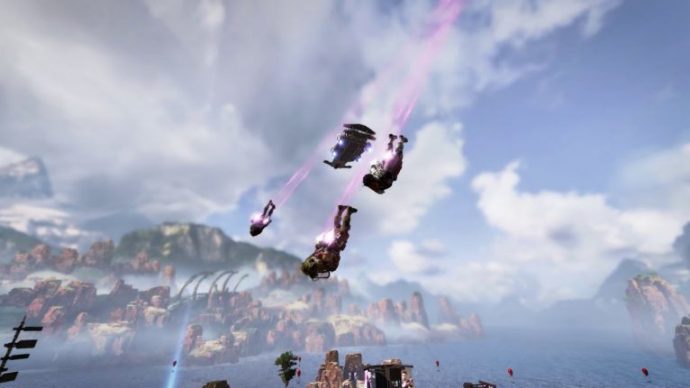 How to perfect your Apex Legends landing

Now that we have the basics out of the way, let's take a look at some of the key features of a perfect landing over various distances in Apex Legends. We'll walk you through optimal diving and landing patterns for long distances, medium distances, and short distances. We'll also go over some general tips and tricks that you should employ no matter where you decide to land.

If you're the Jumpmaster of the group, you ought to be aware of wave-dropping and its benefits depending on where you want to land. If you deploy when you're pretty much right above the area you want to land, then your best bet is to just nosedive straight down to get there as fast as possible. But for longer distances, things get a little more complicated.

Most players will point their noses directly towards the area of the map they want to land, and descend in a straight line diagonally downwards. This is not the way to land fast in Apex Legends. The way to land fast is by wave-dropping: when you jump from the cargo ship, aim directly downwards until you reach a speed of around 145, before levelling out and gliding as horizontally as possible towards your target location. Once your speed drops below around 130, nosedive again until you're at 145, then level out, and so on.

This method has the benefit of gaining much greater speed in a shorter time, so you can cross long distances much more quickly. You can also cross distances of over 1000 metres by wave-dropping, whereas you'll always fall short trying to cross that distance using the regular method.

Oh, and by the way - you can also wave-drop once or twice after using one of the many Balloons (vertical ziplines that allow you to regain your rocket boots' capabilities for a short time) dotted about Apex Legends. This way you'll land much further than if you had simply pointed your nose towards your destination. For more information on the Balloons and other methods of travel, check out our Apex Legends basic movement guide.

While Wave-Dropping has an edge over long distances, we've found that for distances less than 700m or so, it's best to point your nose straight towards where you want to land. The reason for this is that 700m is about the point at which if you point straight at your desired landing spot, you won't lose speed as you descend. Instead, you'll stay at a fixed speed throughout the whole landing.

The magic figure we've worked out to be around 146.6m/s. This is the lowest that your speed can drop to while still remaining fixed, and the speed you'll end up at if you begin your drop 700m away from your target. If you're any more horizontal than this, then you'll begin to lose speed, making for a slower landing.

Look for tall cliffs to speed your descent straight downwards

One excellent and little-employed tip to consider when deploying right above the location you want to land is this: look for tall cliffs around that location, and push your team up against that cliff to cancel your rockets. Doing this will result in you simply falling, which is considerably quicker than if you'd just pointed straight down and let the rockets boost you towards the ground.

Examples of places where this works particularly well are: Artillery, Wetlands, Hydro Dam, Slum Lakes, Market, and pretty much any other location that is surrounded on at least one side by massive cliffs.

Finally, let's finish off with some general tips and tricks to employ no matter where you decide to land in Apex Legends.

Watch for other teams landing nearby!

If you are not the Jumpmaster, then it's your job to keep an eye out for nearby enemy teams as you're falling. Each team will leave a coloured trail behind them, so it's pretty easy to see where nearby enemies are while you're in the air. It's very important to communicate the whereabouts of nearby enemies with your team while you're landing, as well as whether they will hit the ground before your team does.

If you're the Jumpmaster, you can also look around without it disrupting your descent. To do this, hold ALT to Free-Look around while falling. But it's often best to stay focused on your descent and let your teammates do the enemy callouts.

Peel away from your Jumpmaster at the last moment!

When you're perhaps 200 metres away from the ground, this is the time to break off from the Jumpmaster and find your own building to land at. Looting in Apex Legends, as with any battle royale, needs to happen as quickly as possible at the beginning of a match, and the best way to do this is to land slightly spread out from your group so you can cover more ground in a shorter space of time.

Don't stray too far though! If there are enemies nearby, you'll need to be close enough to defend your teammates and benefit from their presence in the same way.

Slide as you hit the ground!

A little-known fact, this! With the right angle of descent, you can slide as you hit the ground to gain a significant burst of speed and use your momentum to carry you much further than where you hit the ground. This is useful if you didn't land quite as near to a door or a piece of floor loot as you wanted. Plus, it just looks goddamn cool.

Well, that's everything we've got on how to perfect your landing in Apex Legends. With these tips, you'll be dropping faster and getting your hands around a gun quicker than anyone else in the vicinity. Now go out there and score some early-game kills.