Apex Legends may lack the stunning freedom of movement of Respawn's previous creations, Titanfall and Titanfall 2 (and for good reason), but Apex is still a game that is all about mobility. The more you know about how to move and slide and hop your way around King's Canyon, the higher your chances of survival. And the truth is that there are several useful movement techniques available in Apex which the vast majority of players don't yet know about, which may give you an edge over your competition.

This is the second part of our two-part Apex Legends movement guide, which will walk you through some of these advanced techniques that you may have seen streamers or high-level players pull off. We'll give you step-by-step instructions on how to perfect the bunny hop, the wall-kick, the boost-jump, and other useful mobility tricks. 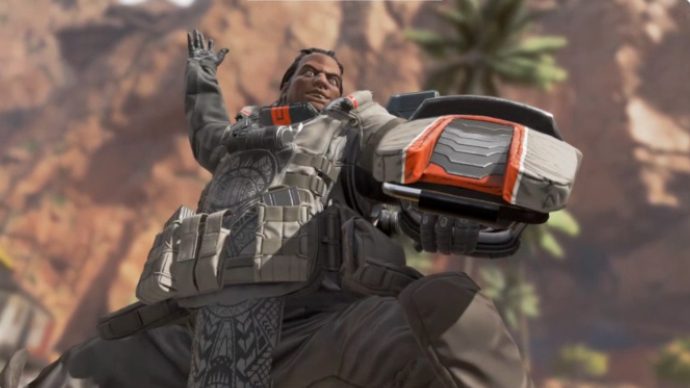 If you'd like to go over the basics of movement in Apex Legends, it's best to first have a read of our Apex Legends basic movement guide, which goes over everything from jumping and sliding to climbing walls, and much more.

While you're at it, you could also check out our main Apex Legends tips, which we've packed with tips and tricks as well as links to other pages such as Apex Legends characters, Apex Legends loadouts, and much more. So take a look!

While Apex Legends in many ways lacks the freedom of movement of the Titanfall games by the same creators, movement and mobility is incredibly nuanced and layered all the same. The following tricks will help you to get an edge on your opponents, to escape or initiate fights more quickly and from better positions, or simply to cover ground quicker than you thought you could. We've dedicated a section to each trick, so have a browse or click one of the links below to jump to a specific section.

The Bunny Hop was a very important aspect of movement in the Titanfall games, and while it has certainly been nerfed for Apex Legends, the technique still exists and can still be used to extremely good effect, provided you can master it.

Bunny Hopping is simple in principle, but requires a great deal of practice and timing to pull off correctly. To Bunny Hop, you need to initiate a slide, then jump, and each time you hit the ground after that, you immediately jump again - all the while continuing to hold your Crouch key and moving or strafing in your desired direction.

Due to the jump fatigue effect in Apex Legends, each jump will only be a minor hop, and altogether this is not a particularly quick way to get around the map (unlike in Titanfall, where Bunny Hopping was faster than sprinting). But it's very useful for when you want to heal. Simply initiate the slide, then begin your heal, and continue the Bunny Hop until after the consumable has been used.

This negates the main downside of healing during a firefight, which is that it slows you down and makes you an easier target. While Bunny Hopping, you make yourself a smaller and less predictable target, all while moving faster than the normal walking speed which is forced upon you as you use a consumable item.

As with all these movement techniques, it's a good idea to practice the Bunny Hop first in the Training area of Apex Legends. It can be useful when practicing the Bunny Hop to have a gun equipped so that you can see the crosshair. While in the air, your crosshair will spread out; when you touch the ground, your crosshair will immediately start to contract. Use this visual indicator to minimise the amount of time you spend on the ground. You should only see the very slightest contractions of the crosshair before you're in the air again.

Peek over walls and ledges

We all know about climbing walls and other bits of terrain in Apex Legends; but did you know you can hang onto the tops of ledges to peek over them?

It's true - and all you have to do is release "W" just as your hands reach the top of the ledge. Your character will hang onto this edge, allowing you to look from side to side while almost entirely behind cover.

From here you can either hit "W" again to climb up, or hit "S" to drop back down. Bear in mind that you cannot shimmy along the ledge, so while you are peeking you are stuck still. This, combined with the fact that only your head is visible (and therefore successful shots will deal additional damage to you) means you need to pick your moments to use this peeking technique, and it certainly shouldn't be used during a fight.

But it can be useful if you want to quickly survey an area while remaining fairly protected behind cover.


How to Boost Jump in Apex Legends

You can jump pretty far just by sprinting and jumping, but to cover even more ground it's useful to know this timing-focused trick which has become known as boost-jumping.

To boost jump, all you need to do is sprint as normal, then just before your jump you begin to slide - just for a very short time, perhaps a quarter of a second. The reason for this is that when you slide, you gain a burst of momentum at the beginning of the animation - more momentum than if you were just sprinting. So if you jump at just the right time, at the apex of your momentum, then you'll jump several feet further.

It may take a little practice to get the hang of because if you jump too early or too late then you won't jump nearly as far; but once you've mastered it, you'll see there's very little reason not to boost-jump everywhere.

The Wall Kick is actually a bit of a misnomer, because it doesn't involve kicking at all (yes, you can kick in Apex Legends; it's what happens when you melee attack while sliding). Instead, the Wall Kick is an advanced (and admittedly fairly niche) movement technique that allows you to bounce off a surface such as a wall or the side of a rock, and quickly change directions while maintaining your momentum.

To Wall Kick, what you need to do is sprint towards a wall, and jump up onto the wall (it's best if you time this so you reach the wall at the highest point of your jump). Then, all you do is aim perpendicular to the wall (with a margin of error of maybe 5-10 degrees either side), and hit the jump key. You'll kick off from the wall and can hit the ground sprinting to continue this momentum in a different direction.

This takes a bit of time to get right, and what really messes most players up at first is this: as soon as you latch onto the wall, let go of all keys, and hit jump. If you're still holding down "W" or "S" or some other key as you jump, then it won't Wall Kick properly. But once you've got the hang of it, it's an extra little maneuvre you can use to maintain speed and momentum, or - let's be honest - simply to style on your enemies.

Contrary to popular belief, you can actually do this while climbing a wall, so you don't strictly need to jump twice in such quick succession. As long as you don't hit any other keys except jump, then you can climb partway up a wall and then leap backwards off it, gaining quite some momentum in the process. If you turn quickly enough you can translate this momentum into speed for your next move.

Well, that's all the little advanced movement tips and tricks we've discovered so far in Apex Legends, but keep checking back here for all the latest discoveries. In the meantime, you'll probably want some time in the Training area now, so go on. Get practicing!