For a number of years, now, I have been investigating a field of knowledge so arcane and perilous that I had to pass off my studies as a joke, lest the truth of the matter prove too much for peoples' minds to handle. It was a programme of research I hoped to shield you all from, at least until such point as my inquiries had begun to suggest some form of defence against their object. But alas. We have reached a point, now, where I feel it is better for mankind to face its adversary armed with what scant learnings I have acquired, than to proceed in the safety of ignorance. Cometh the hour, they say, cometh the man. And I can tell you now, friends: the hour shall be 2pm GMT tomorrow, on Friday March 27th. And the man shall be Jason Statham. For I am going to impart onto you A Complete And True History Of Jason Statham In Videogames. 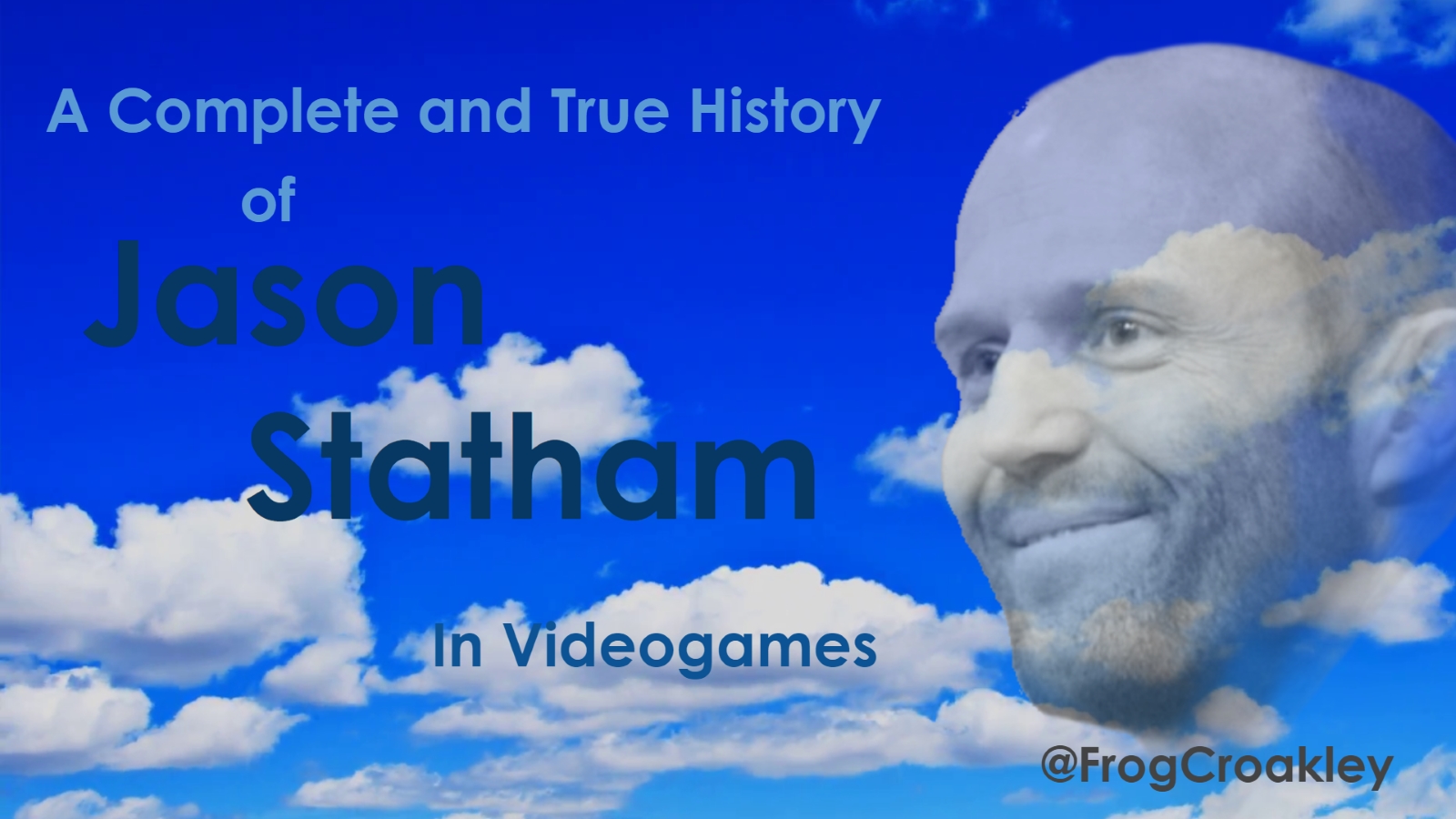 EGX Rezzed, as you will hopefully have gathered by now, is taking place via a series of streams as "Rezzed Digital" this year, due to the Awful Disease. There has been some extremely fun stuff on air already today, and those streams are being archived in this post here for your perusal. I suggest you watch them by means of fortification, friends, and take what cheer you can from them. For when the clock strikes two tomorrow, there shall be no more fun and games. In the grim darkness of Friday afternoon, there is only Jason. 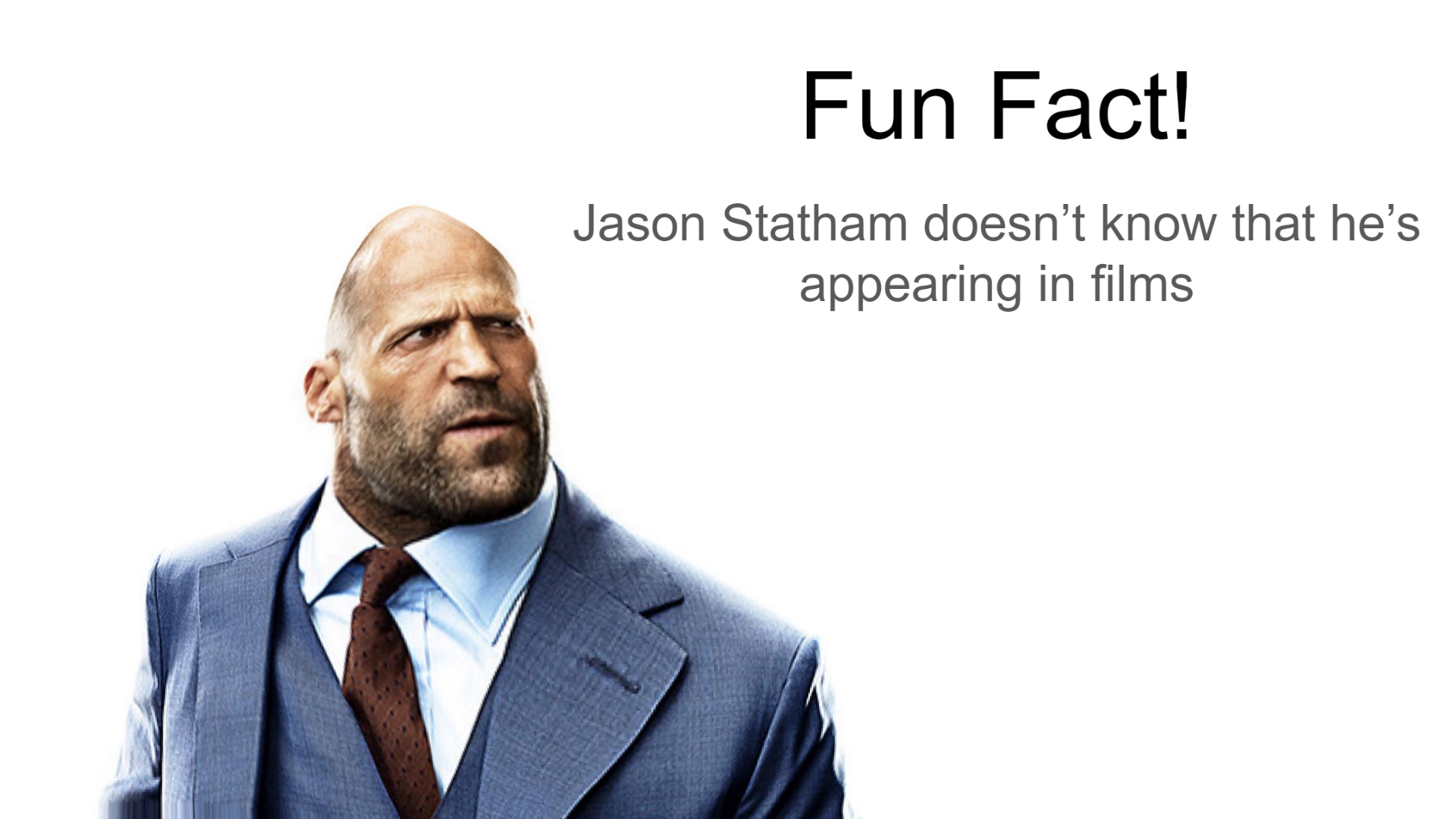 You might think Jason Statham hasn't been in many videogames. And that's exactly what he wants you to think. During my lecture, which will take the form of an extensive powerpoint presentation streamed live on YouTube, accompanied by my soothing narration, you will learn otherwise. You'll discover the terrible secret that links these two seemingly disparate fields, and a whole world will unfold before you. You will hear about games like Fyst and Stabyrinth, and about the forbidden console known as the PlayStatham. You will discover what really happened in Jupiter's orbit on July 25th 1983, and you will learn that ET was not just a rubbery film puppet, but a real alien man. A real alien man who was battered to death by Jason Statham.

You'll learn more than you thought possible. And when it's all over, you'll be ready. What for, I cannot say just yet, but trust me - you will want all the preparation you can get. I'll see you at 2pm tomorrow. Bring crisps. 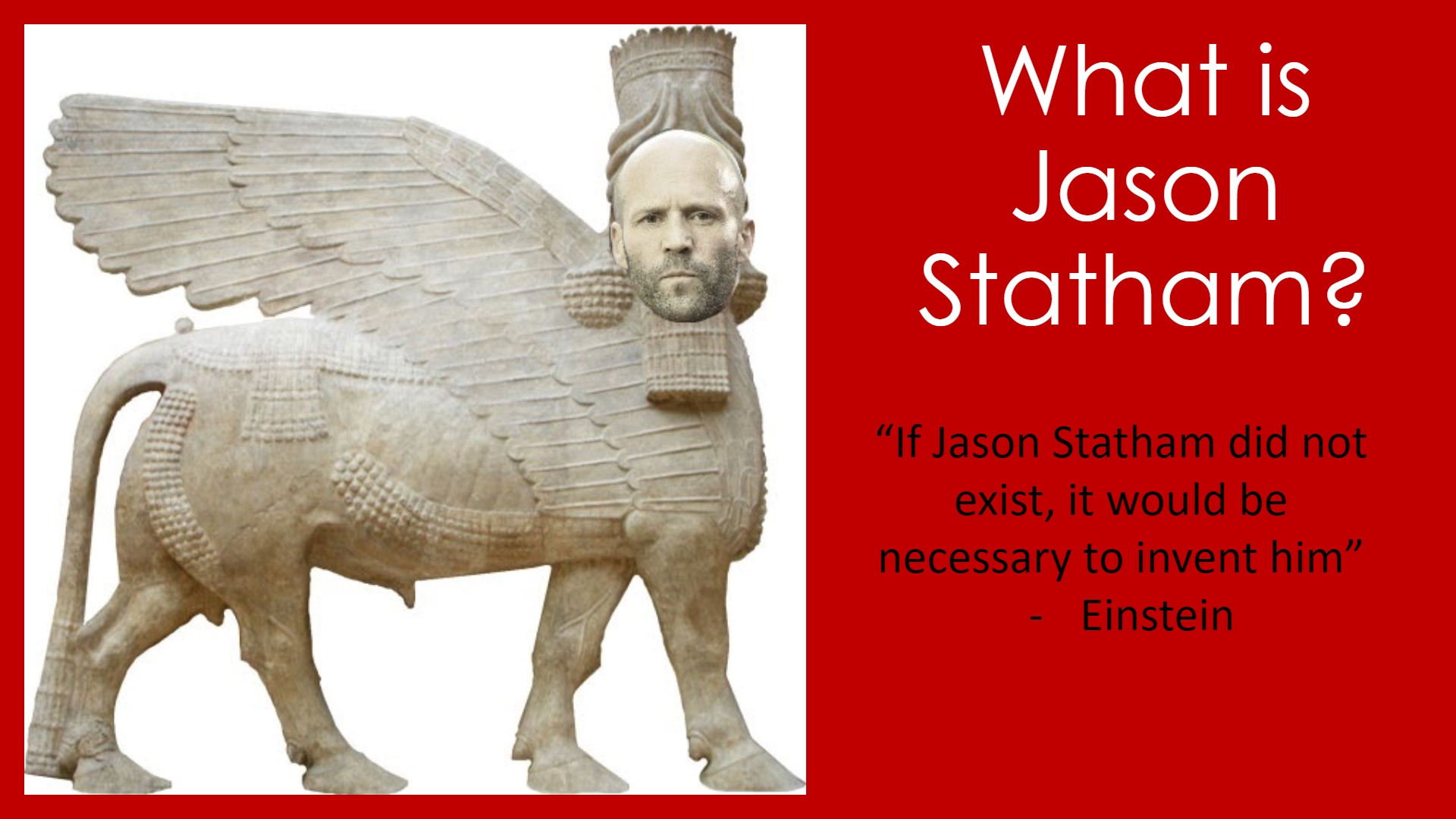